Speed and Le Mans tend to go hand-in-hand, perhaps more so than any other race. Sure, events like the Indy 500 thrive on average speeds, but you don’t see any of the teams ‘doing a Dorchy’ and essentially sacrificing any form of race result purely to chase making a piece of history with a flier down the Mulsanne.

No, at Le Mans there’s more at stake than just winning the thing. For many just finishing the gruelling 24 hours comes as a badge of honour, for others just taking the start of it and, for the very privileged few that get themselves in the right positions, there’s a host of speed records to aim for which may well be more achievable than ever this month.

This year the Le Mans 24 Hours will take place outside of its traditional mid-summer slot for the first time since 1968 and, while that will bring its own new set of challenges with extended night hours and strategic twists, it also opens the door for what could potentially be the fastest Le Mans ever on record.

With lower average temperatures expected and a new compressed schedule that should favour track evolution, we could be about to see speed records tumble in a variety of areas. But that is of course all beholden to the good old French weather… and the long-range forecast already looks a little iffy.

“You’ll get less drag because of the aero and the air pressure, and the tyres will be in that slightly cooler temperature window”

But if it does stay largely dry, drivers could find themselves armed with rather more potent weapons than they would have enjoyed had we raced a few months earlier.

“We really could be about to witness the fastest Le Mans in history,” says Mike McGregor, Goodyear’s endurance racing manager. “Obviously, we’re used to Le Mans happening in June, but with the race happening later this season, and with average temperatures likely to be 10-15 degrees cooler, everything on the cars will work that bit more efficiently.

“You’ll get less drag because of the aero and the air pressure, the tyres will be in that slightly cooler temperature window and will get that bit more performance, and the engines like the cooler weather anyway. All of these things go to show why we usually see the fastest lap time of a typical Le Mans in the dead of night rather than the daytime, because everything gets that small boost in the cooler temperatures that adds up.” 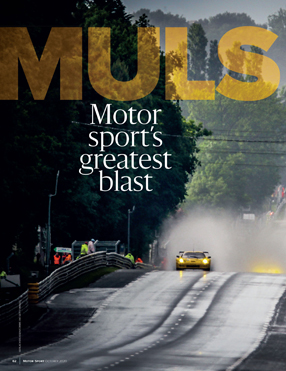 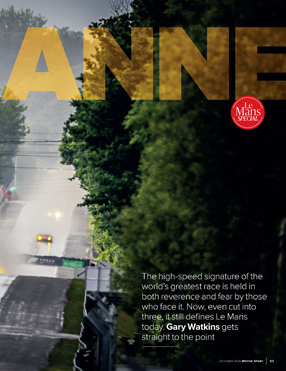 This year the new-look race schedule should also have a bearing on speed. Traditionally public traffic is allowed back onto the Mulsanne during the down-day on Friday, when there’s no track activity and teams revert to race-prep in the garages instead.

This year track activity starts on Thursday, and the circuit remains live right through to the end of the race, with no break for road traffic.

“Usually we have the break between the test day and the race, and then the Friday break also, and all of that affects the track evolution, which has to begin afresh most days,” adds McGregor. “This year the race is live from the start of practice to the end of the race with no break, so we’ll see a track that’ll rubber-in and evolve that much quicker. There’s also more track activity on Thursday-Friday, and so long as the conditions stay relatively dry and relatively consistent that should make for a much faster race as there will be a lot more grip available than usual as the road traffic won’t have had a chance to run through an remove the race rubber that’s been laid down.”

This year Goodyear will look after five cars in the LMP2 class for its first year back in international motor racing as a tyre supplier. It’s the parent company for former supplier Dunlop but the firm has done much more than just re-badge the same old rubber.

“We’ve been working on this [return] for two years in the background,” adds McGregor. “All of this season’s tyres have brand-new materials in, and no materials that were ever raced under the Dunlop brand.

“We chose to come back with the LMP2 class because of the stability it offers us, and the chance to learn. With LMP1 and Hypercar and LMDH it’s all still in a state of finding its feet and where it will go in the future. But for LMP2 you have stability with the manufacturers, performance levels and a lot of challenges with the array of drivers it attracts – you have bronze-graded amateur drivers lining up with full professionals from all walks of the sport. It gives us a lot of knowledge for doing it. LMP and GT still is of interest to us, but it’s better to focus your knowledge on one area first rather than stretch yourself over too many.” 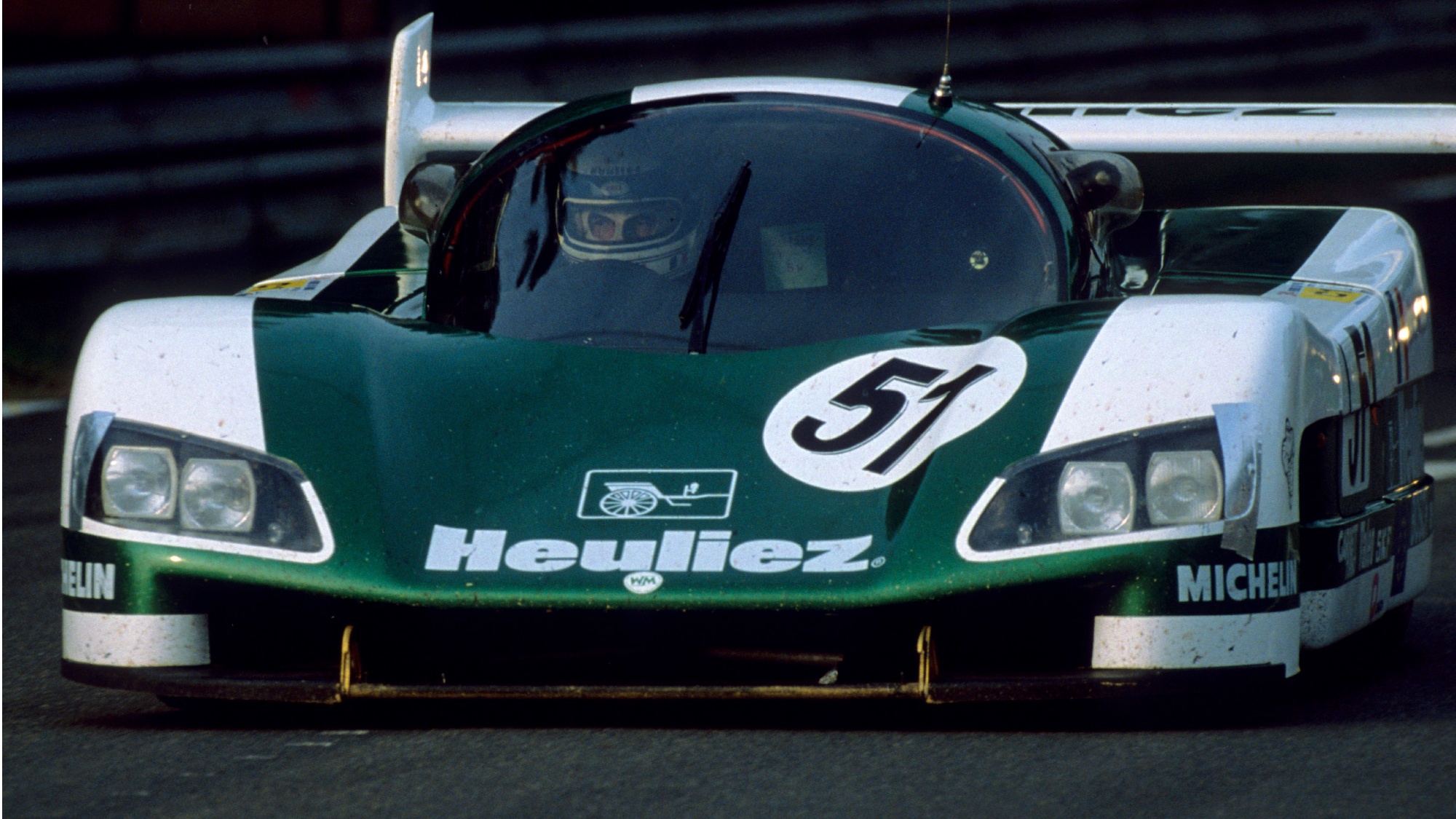 So, with new rubber, and perhaps more favourable conditions, what sort of performance hike could we expect?

“I would expect to see lap time gains of at least one second,” says McGregor. “Looking at the improvements we’ve seen from the grand prix tracks we’ve already raced at in the World Endurance Championship this season, it should easily be a second gain at Le Mans, if not a bit more. Obviously, the overall conditions will have a big part to play in that, but I expect most cars to be a second up the road from where we were last year.” 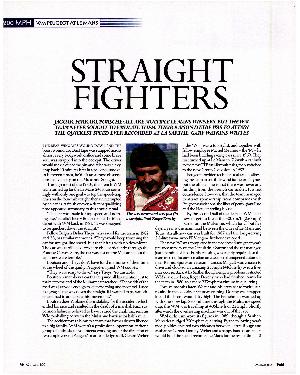 The rear wing was wound down and the boost wound up. Duct tape was strapped across almost every bodywork orifice and some brave soul was strapped into the cockpit. The…

Currently, the outright fastest lap belongs to Toyota TS050 Hybrid racer Kamui Kobayashi with a 3min 14.791sec lap from qualifying in 2017. Last year’s pole time was a 3min 15.497sec, so if the gains ring true, a new fastest-ever lap could well be in the offing in a dry session.

And that then opens the door to further records. You have to look further back for the fastest average speed across the race; 140mph belonging to the winning Audi R15+ TDI of 2010. That car also holds the benchmark for the most laps completed in the 24 hours, at 397, and – unsurprisingly – the longest distance covered at 5410.7km.

The one thing we can predict is that we’re unlikely to see Roger Dorchy’s terrifying top speed of 253mph from 1988 topped, or even Mark Blundell’s 227mph from his over-boosting Nissan R390CK in 1990 post-chicanes.

Regardless, thanks to its unseasonal shift this year’s Le Mans 24 Hours could well find its way into the history books for all the right reasons. 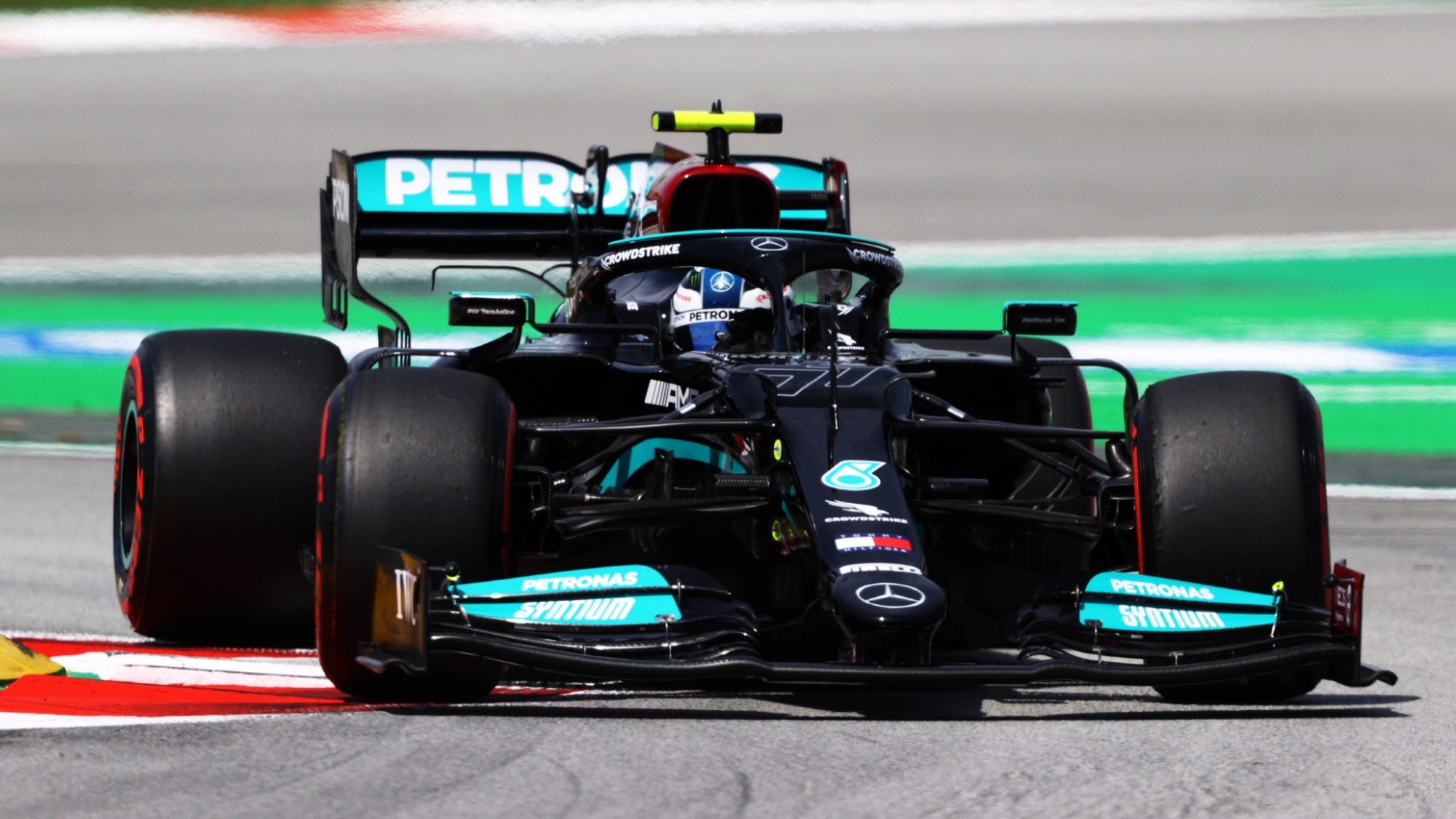 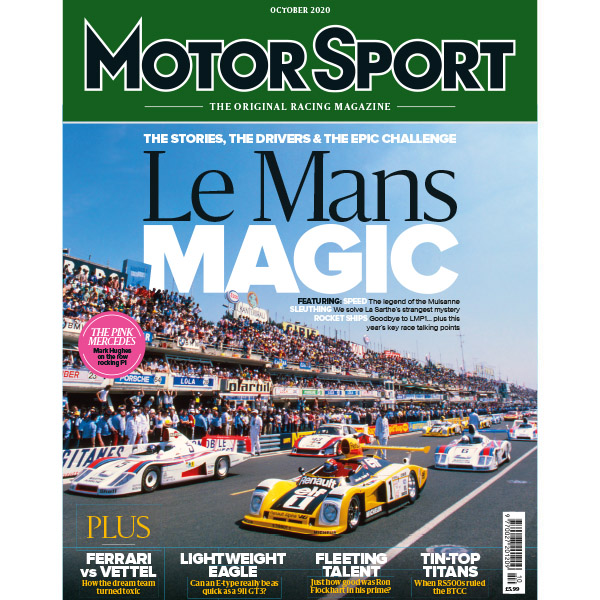