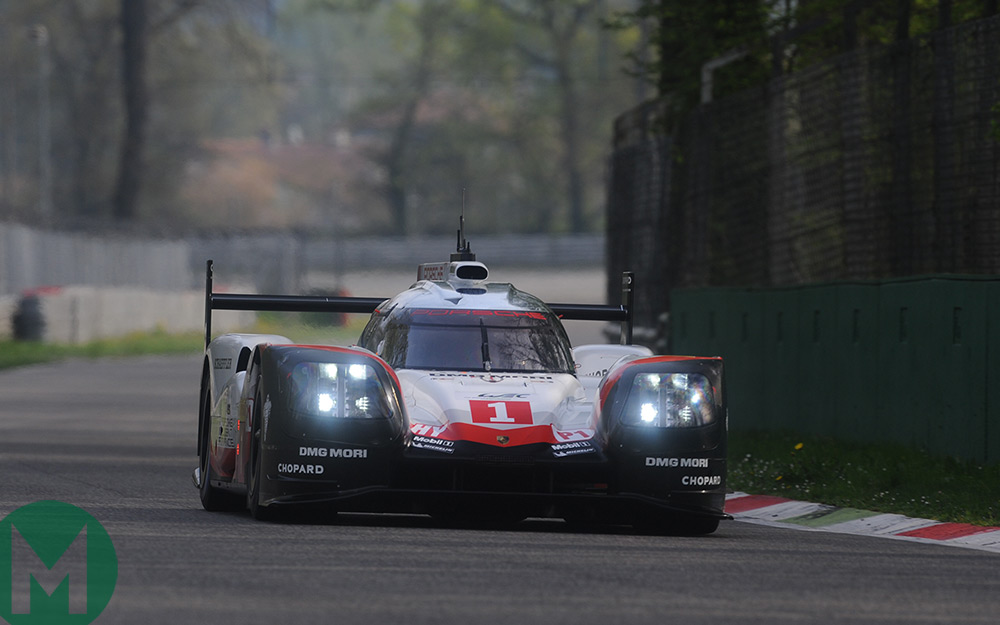 Just six months ago, the world’s leading sports car driver was inexplicably out of a job. When VAG’s cost-cutting hit motor sport it was Audi and VW that suffered, Andre Lotterer’s long association with the four rings going with it.

Lotterer, like his rallying counterpart and fellow VW refugee Seb Ogier, had no problems in finding a new employer. Both Toyota and Audi’s VAG stablemate Porsche came calling, while Audi freed up a seat elsewhere for the cheerful German.

Six months on he sits down in the big Porsche hospitality suite at Silverstone with a sigh of relief, having smiled for photos and autographed his way through a swarm of fans. A pane of glass between him and the crowds, still peering in.

“Silverstone has a lot of passionate people,” he instantly laughs, “who come up with pictures that you don’t know how they were taken… You find yourself saying ‘hey, how did you get that photo?!’”

This conversation could have been happening a few doors down in the Toyota camp, had the Germany-based Japanese marque won the battle for him. The four rings vetoed Lucas Di Grassi’s move there, but it appears Lotterer was not similarly sanctioned.

“I had to look at my options and decide very quickly. Audi told us two hours before it was announced,” he says. “We could see it coming but we thought it would have happened a year later. Everything was in process [to continue] for this year. But putting all of the pieces together it makes sense. 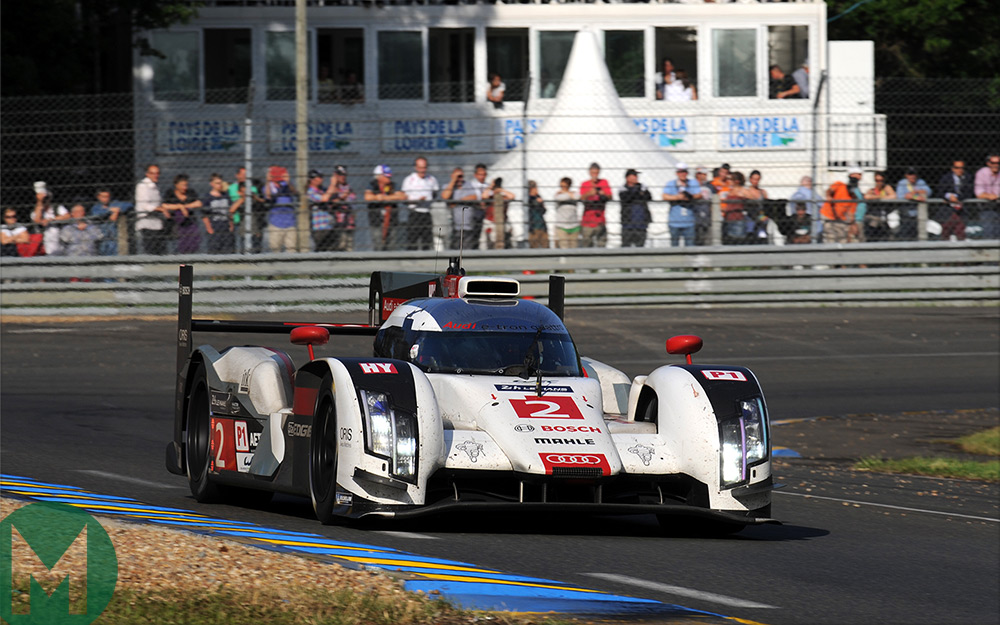 “Toyota was an option. I did consider DTM with Audi, there were different consolations to that: it could have been DTM and the third Toyota at Le Mans, but I wanted a full WEC season. It’s not that I don’t like DTM – it would have been an opportunity to remain with Audi – but I prefer the WEC.”

Audi has history in placing Le Mans winners into DTM, and in fact still has Le Mans winners in its ranks in Mike Rockenfeller and LMP2 victor Rene Rast. This year Loïc Duval joins them, while Lotterer plumped for Porsche.

The switch from Audi’s R18 to Porsche’s 919 hasn’t been the easiest, not helped by the WEC’s rule change that permits just two homologated aero packages for the season. The unlimited updates of before have been swapped for just two downforce kits – Toyota has chosen to homologate both now, whereas Porsche compromised Silverstone by running its low-downforce Le Mans-spec car while it continues working on the high-downforce version for the latter half of the season.

“The new regulations are the same for everybody so we can’t complain,” Lotterer says. “[But] It could have been easy to carry over some stuff, and say you are allowed to do it for round one and two and then you have to homologate the rest after Le Mans. We’re competitive people so we always want the best.”

His unhappiness is not masked, but resigned. 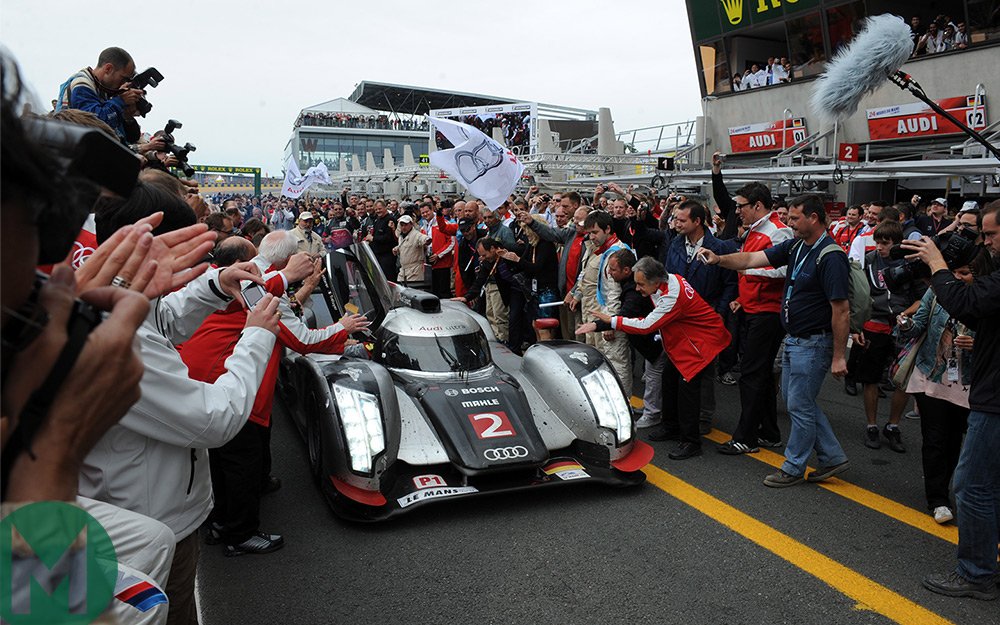 Tyres are similarly restricted – teams are allowed to use just six sets across qualifying and the race (weather permitting). While he sees the bigger picture, he can’t hide the racer in him. “Motor sport has to make sense and to be a tool for everybody to show efficiency and development, and WEC is a great platform for that. But as drivers we want to have new tyres every time. How much has been saved has been tiny compared to the global costs. It doesn’t make sense.

“If you struggle with tyres, one blows up or someone crashes into you?” he adds, with a shrug.

The rule change had the added inconvenience of making life harder for him to adjust to his new car. “I’ve only driven the Porsche in low-downforce spec so when you come from the high-downforce second half of the season with Audi and go testing with Porsche at the smaller tracks with low downforce it’s difficult.

“There were some driving styles things I can’t do here at Porsche that I did with Audi. Corner approach was different with Audi, [the 919] is more of a straight-line car. We saw in the past in the corners Audi compensated the less power that it had.”

It showed at Silverstone; Lotterer struggled to leave his usual impression on the race.

Switching between vastly different cars is something he’s been doing for years, though, running parallel campaigns in WEC and Super Formula in Japan. And then there was the impromptu appearance at Spa with Caterham. “I was almost as fast as the Caterham in my LMP1 car… 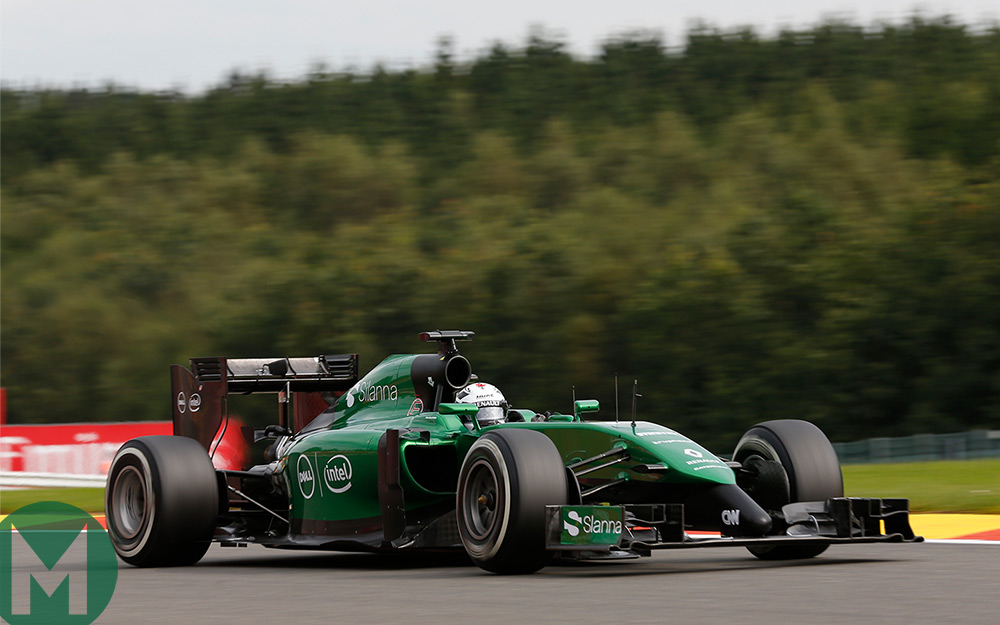 “As for the Porsche and Super Formula cars, they are a complete difference as a driver. The lap time comes completely differently. In Japan it’s all downforce, soft tyres but not so much power. The grip is crazy, over four and a half gs. It’s insane, you go into corners thinking ‘this is never going to work out’ and somehow you get through the corner. You don’t understand why, but it happened. So you have to then add 20 or 30 per cent of what you think you can do.

“In WEC you have to apply yourself more, it’s all technique and you make sure you use the potential and the efficiency of the car. It’s four-wheel drive, the acceleration is impressive with 1000hp – they’re the most powerful cars out of corners. But when the boost stops, the party’s over.

“But still the lap times are impressive; the Toyota did a 1.36 at Silverstone, almost as fast as Formula 1’s fastest race lap last year. That’s really impressive considering the little power we have once the boost is gone, the weight and the restriction in downforce.”

While Toyota had the pace advantage, Porsche’s strategy and the Silverstone weather and traffic kept a battle bubbling. And once Lotterer is up to speed it’s a team of strength and speed that could rival that of the Audi Dream Team of Tom Kristensen, Allan McNish and ‘Dindo’ Capello. “Oh, you mean since Fassler, Tréluyer and me? Because we beat them…” he laughs again.

“It’s doesn’t matter that on the outside people are saying ‘oh this is stronger than this and that’, you have good days and bad days. The job at the end of the day is the same, you need to go and win.”

Spa will see a circuit slightly more suited to the low-downforce car and more time in the car ahead of Le Mans. Come June 17, the one-second deficit between him and Nick Tandy will be most likely be zero, and they could well be favourites. “Le Mans is always the priority, somehow. It’s great to have the WEC and the world championship but winning Le Mans is still the best slice of the cake. That’s also the strategy the team has adopted and hopefully it pays off.”