Sunday June 7, 1998. The day three-time Le Mans winner Allan McNish won the greatest race of them all for Porsche on just his second visit to Le Mans. The team of drivers that year – Laurent Aïello, Stéphane Ortelli and McNish – had only four Le Mans under their belts. It’s a day that should live long in the memory for the Scot.

Except it doesn’t (without a nudge).

It was the brilliant Porsche GT1 that took a young racer looking for his next move from F3000 onto the path of joining sports car’s best. Aïello was his old F3000 team-mate and Ortelli had just three appearances to his name at La Sarthe – twice in GT2, once partnering McNish at Porsche in GT1 in 1997.

“That doesn’t really count, we went off after half an hour…

“We were a totally inexperienced team – we were like three kids. We had no idea what the pressure was; we were too inexperienced for that. Norbert Singer was the puppet master, we just his puppets. We thought we were doing the job at the time but in reality we were at the end of Norbert’s strings.” 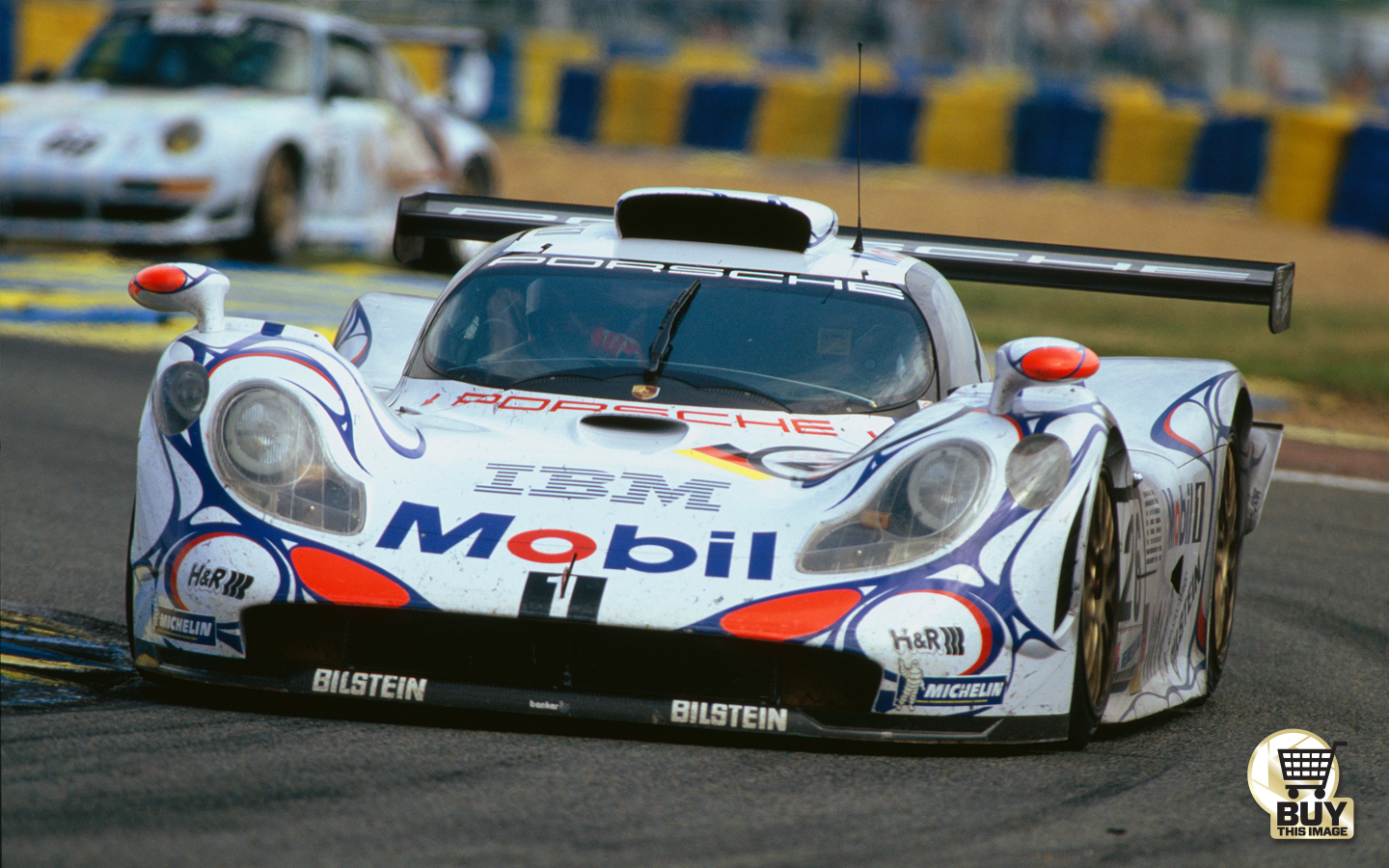 It was McNish’s first victory and Porsche’s last for seven years, disappearing from the top of sports car racing with win number 16 and a 1-2 safely under their belt. The 911 GT1-98 had beaten the faster Mercedes CLKs of its class and the faster BMW and Toyota LMP1s in an attritional encounter.

They beat some of the biggest hitters, too: Tom Kristensen shared the new Williams-assisted BMW V12LM with Hans-Joachim Stuck and Steve Soper. Klaus Ludwig partnered Bernd Schneider and rising star Mark Webber for Mercedes, taking pole. Michele Alboreto, Stefan Johansson and Yannick Dalmas, seven wins between them even then, shared a Porsche LMP1.

Such is Le Mans, those three cars combined managed fewer than 200 laps.

“I remember coming past the pits seeing the two Mercedes sitting on the right-hand side of the circuit. The main competition was out of the race just a few hours in.

“Later I came out of the first chicane to put a lap on my team-mate, who was in second place and had just gone through the gravel and the next lap our water temperature started rising.

“I’m sitting in the pits up on stands and across from me is the sister car, also up on stands. In that moment I thought any chance of a victory had gone. From a one-lap lead and being in total control to suddenly realising you’re out of control one lap later was the absolute high and low.

“We got back out and had the ding-dong with the Toyota. Then we came across it stopped at the side of the road turning into the Porsche corners. On the podium we had the first-ever selfie!”

A grandstand finish was denied. But it was during the night that the GT1 turned what could have easily been disaster into a winning position, according to McNish: “It started drizzling at about one in the morning and we were on slicks. It wasn’t enough to come in to change to wets but it was too much to have a lot of confidence on the tyres in those conditions.

“We managed to take some big time out of the opposition. That really was a key moment.” 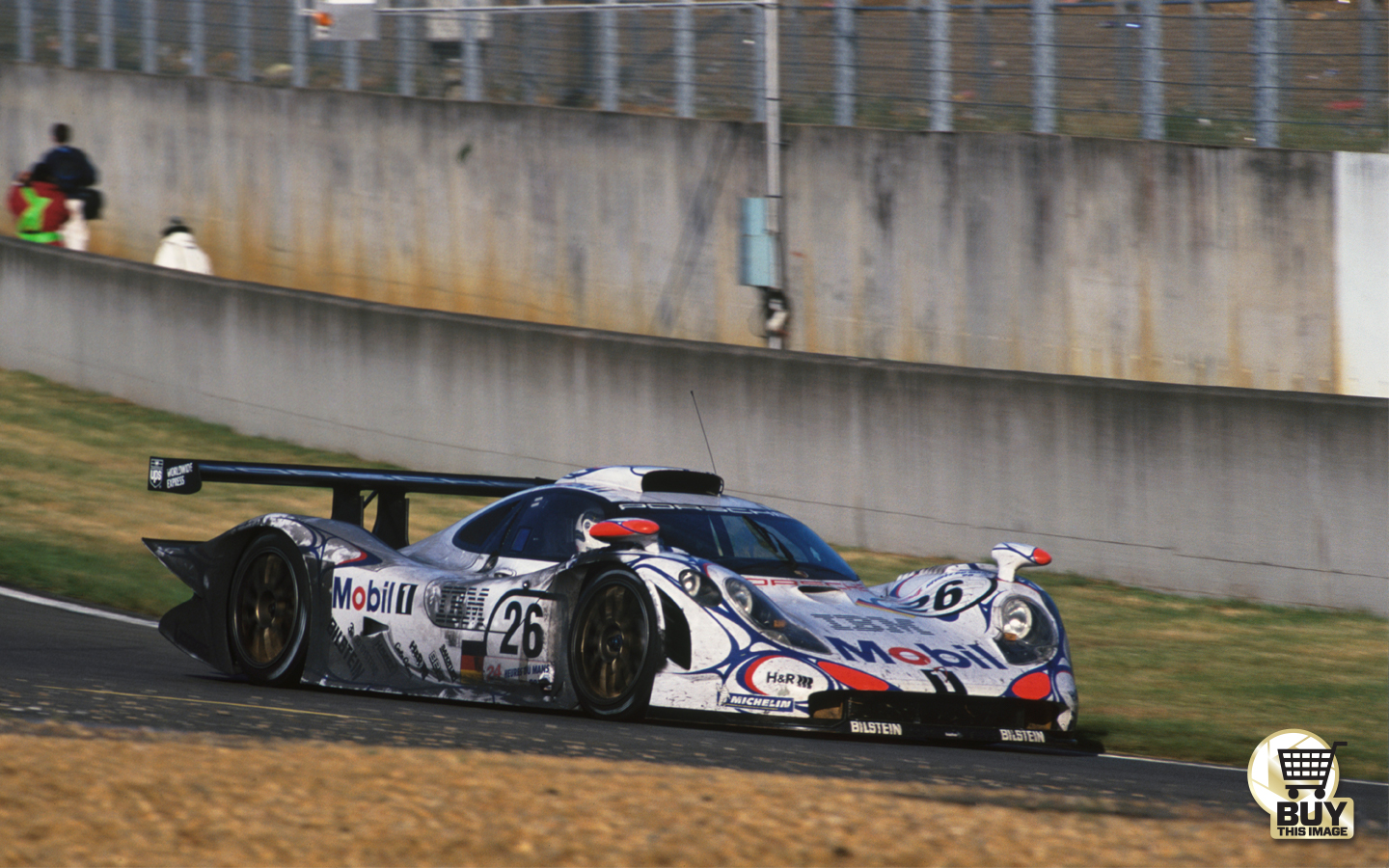 It was also a key moment in his own career. And because of that the GT1 is a car that will always retain a special place for McNish, even if the date takes a little bit of reminding.

“It was a beautiful car. The styling of it was fantastic. Le Mans was the only race it won: we were leading at Silverstone, fighting for the lead at Laguna Seca and Japan. But it won Le Mans. It won the big one. It was designed to do just that. The victory catapulted my career back into the spotlight.

“The next year I went back and we were leading when Thierry Boutsen got hit by a GT car in the middle of the night. That was race over, but it had also broken his back. You go to Le Mans in the knowledge that you could come home with a victory or with the most horrible, empty feeling you can have.