While many actors have done some racing, just two bona fide Hollywood superstars ever got to race seriously and successfully somewhere near the top level of their chosen sphere of the sport. 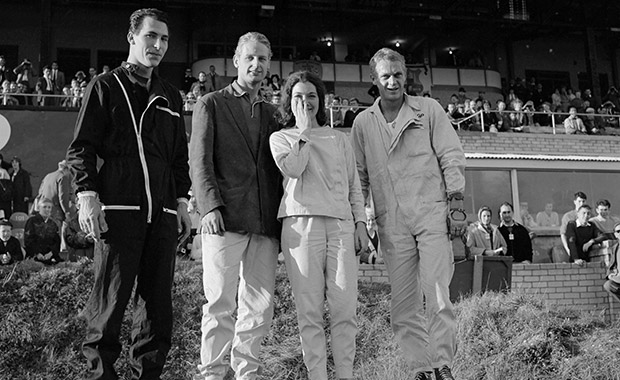 McQueen on the BSCC podium at Brands Hatch with Vic Elford, John Whitmore and Christabel Carlisle

By all accounts James Garner had both the talent and desire to succeed, but not the contractual freedom so to do. So that left Steve McQueen and Paul Newman to start an argument concerning who was the better driver that, 34 years after the death of the former, shows no sign of abating.

Statistically, there is little by way of meaningful comparison between them. The closest we can get is the fact that in 1970 McQueen placed second in the Sebring 12 Hours, sharing his Porsche 908 with Peter Revson, while in 1979 Newman came second at Le Mans sharing with Dick Barbour and Rolf Stommelen. Given that 12 hours at Sebring is said to be as difficult as 24 anywhere else and that neither was as fast as their professional co-drivers you might call that a draw.

For me though I have no doubt that driving a monstrously lag-prone turbocharged Porsche 935 in the wet at Le Mans was a somewhat greater challenge than that presented by a sweet handling 908 at Sebring. 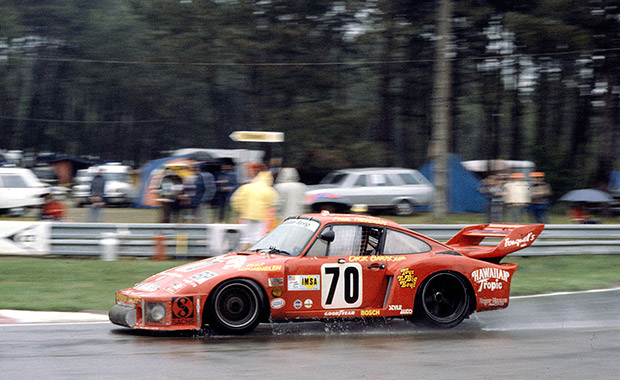 Of course history remembers McQueen’s as the greater achievement, driving as he did with his left leg in plaster but many, Mario Andretti included, were pretty outraged by the credit being given to McQueen when he’d only done enough driving to be classified as a participant.

Contrast that with Newman’s verdict on his performance at Le Mans which was simply, “I didn’t drive too well today.” But it was no fluke and he still drove well enough to place second again at Watkins Glen later in the year in a round of the World SportsCar Championship, sharing with Stommelen alone.

Another reason that makes tricky any comparison between the two is that while McQueen started racing in his 20s, Newman didn’t race in the least bit seriously until he was in his 50s, a decade of which McQueen saw sadly very little. By considerable contrast Newman shared a car with Cristiano da Matta and Sebastién Bourdais in the 2005 Daytona 24 hours at the very ripe old age of 80. 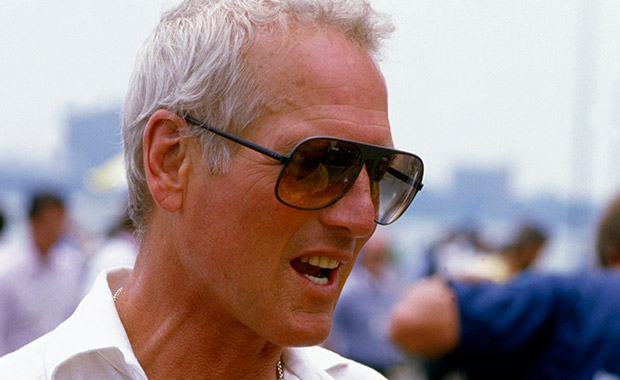 One of very few racing people close enough to both to have an opinion worth listening to is Dick Barbour who co-drove with Newman and coached McQueen. He clearly rated McQueen’s as the greater talent saying: “Paul was a very methodical driver. He wasn’t a natural like Steve. McQueen picked it up immediately.”

Whom do I incline towards more? I suspect a hybrid of the two with the raw talent of McQueen and application of Newman would probably have been capable of results that didn’t need the ‘for a movie star’ qualifier. But I am more impressed by Newman, not for what he achieved so much as the way in which he went about it. 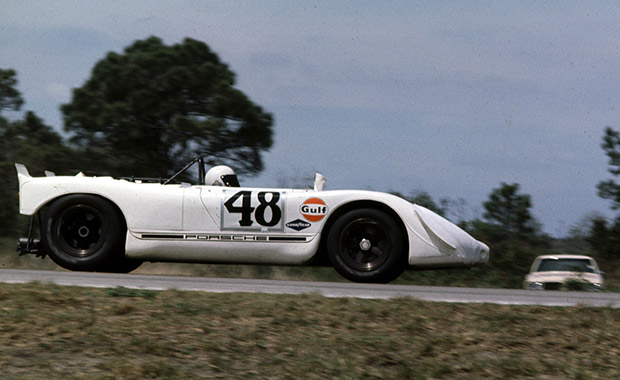 Also, in his personal life he stayed married to the same woman for 50 years and created a foundation that has to date donated over £240 million to charity. If you have not already, I’ll leave McQueen’s rather less edifying conduct of his private life for you to learn about elsewhere.