The Lancashire lad that drove for Ford, Porsche and Ferrari in an illustrious sports car career, Brian Redman 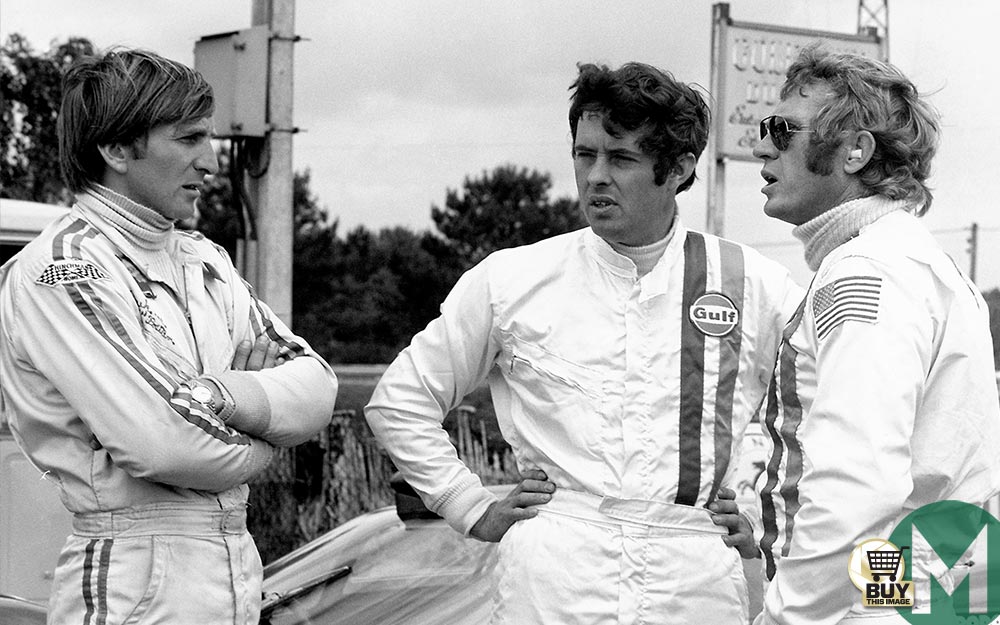 Any racing career beginning in a Morris Minor Traveller is off to an inauspicious start. So when an unassuming Lancastrian entered his first race in such machinery, albeit a supercharged version, few could have imagined the success that would follow in a career spanning decades and continents.

But it was indeed in a humble ‘mop van’ that Brian Redman embarked on his unconventional route to motor racing success.

“I delivered mops all over the country,” he explained to Motor Sport. “To get to my customers quicker, I fitted a Shorrocks supercharger. One weekend in 1959 I removed the mops and raced it.”

Six years on from such unassuming beginnings at Rufforth Circuit in North Yorkshire, Brian Redman’s career would rapidly gain momentum, beginning with a test in a Jaguar E-type at Oulton Park in 1965.

“I’d never driven an E-type, but I knew Oulton,” he recalled. “I felt this was my chance, so I probably drove it beyond my safe capability. I went 1.5-sec under Jackie Stewart’s lap record. On Saturday I raced it, and won.”

Proving almost unbeatable that year, winning 16 out of 17 races, Redman’s first international results of note soon followed swiftly. Fourth behind the wheel of a Ford GT40 in the Spa 1000Kms in 1966 preceded victory in the non-championship Kyalami Nine Hours the following year, co-driving a Mirage M1-Ford with Jacky Ickx. 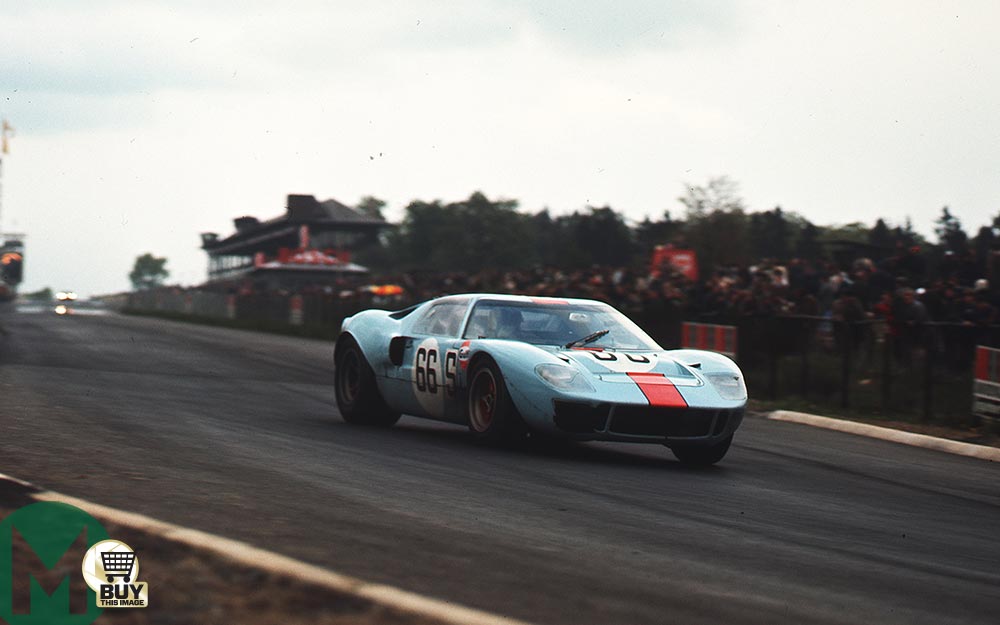 Sports car success earned a Grand Prix debut and Redman’s pace was immediately apparent. He finished third in his second Grand Prix in a BRM-powered T86B in Spain, which would prove the highlight of his 12-race F1 career.

However 1968 was equally memorable for Redman’s heroics at the Nürburgring, in a one-off appearance in Ferrari’s F2 team as replacement for a holidaying Chris Amon.

“A stone from Ahrens’ rear wheel smashed through my goggles and hit me full in the eye,” he remembered. “I flung up my hand and slowed, and peering through one eye I trundled back to the pits. Mauro Forghieri shouted at me: ‘What’s the matter? Put on your spare goggles.’ I hadn’t got any, so they gave me a pair of Ickx’s, which were dark green for bright sun and not much good for the dark bits. I restarted dead last, and drove like a maniac.”

Redman lost more than two minutes and had to charge through the field, breaking the lap record en route to an astonishing fourth-place finish. Impressed by the Lancastrian’s tenacity, Ferrari offered him a race contract for the following season.

“At dinner that night [Mauro Forghieri] went away, came back, and he said, ‘Bree-an, just now I speak with Signor Ferrari. You drive for us, Formula Due. At the end of the year, Formula Uno’.

To the Scuderia’s astonishment, Redman turned it down.

More sports car success followed for Redman, now Jacky Ickx’s regular co-driver in John Wyer’s GT40, but 1968 was marred by a heavy crash at the Belgian Grand Prix of 1968. Redman’s Cooper launched over a concrete barrier, tearing off three wheels before landing on top of parked cars and bursting into flames. Redman badly broke his right arm, sidelining him for the rest of the year.

“I was one of only about half of the drivers in F1 then who wore seat belts. Otherwise I would have been killed.”

Redman made his racing return the following year at the Daytona 24 Hours. 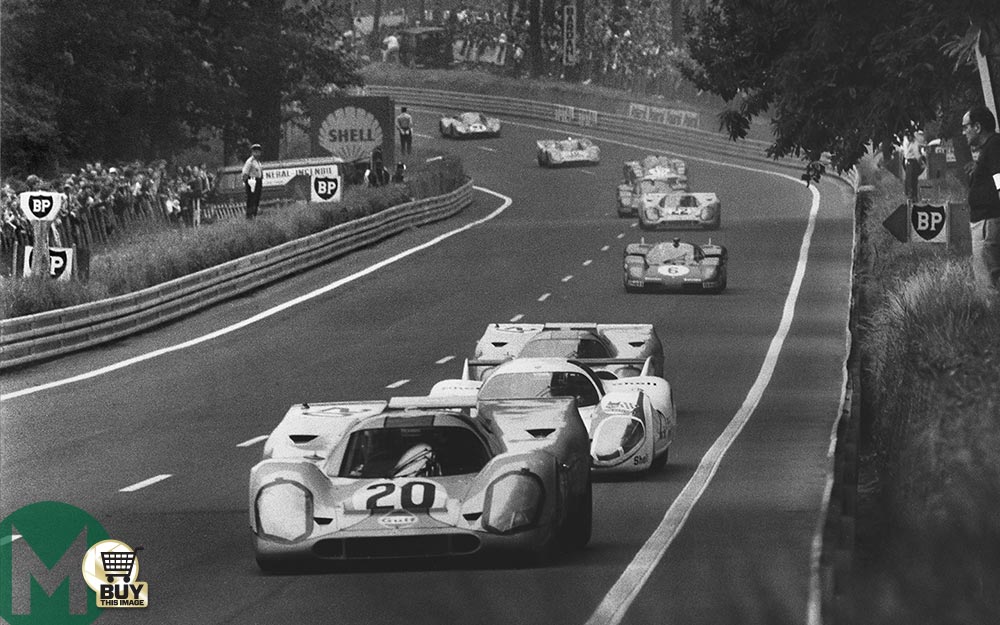 “I hadn’t told Porsche about my arm problem, of course — just took the sling off when I got to the track. I had to drive on the banking at 200mph holding the wheel with my left arm, and bracing it with my knee. We were out after 12 hours with an engine problem that afflicted all the 908s. That saved me, because I couldn’t have gone the distance. But Porsche never knew.”

Spectacular success came in 1969, as Redman helped Porsche clinch its first World Sportscar Championship title after five race victories in a 908 co-driven by Jo Siffert. Success continued in 1970, with victory at the Daytona 24 Hours and the Targa Florio. Four years after turning down a lucrative contract with Ferrari, Redman joined the Scuderia’s sports car ranks in 1972, delivering four wins over two seasons.

Redman won almost every major sports car race during his career, with the burdening exception of the Le Mans 24 Hours. Twice fifth in the late ‘70s were his best results, a disappointing outcome from 13 appearances in sports car’s greatest race.

“I missed out on five potential wins. It is the most important race and I would gladly have swapped most of my other victories for a win there, except for my five at Spa of which I’m very proud.” 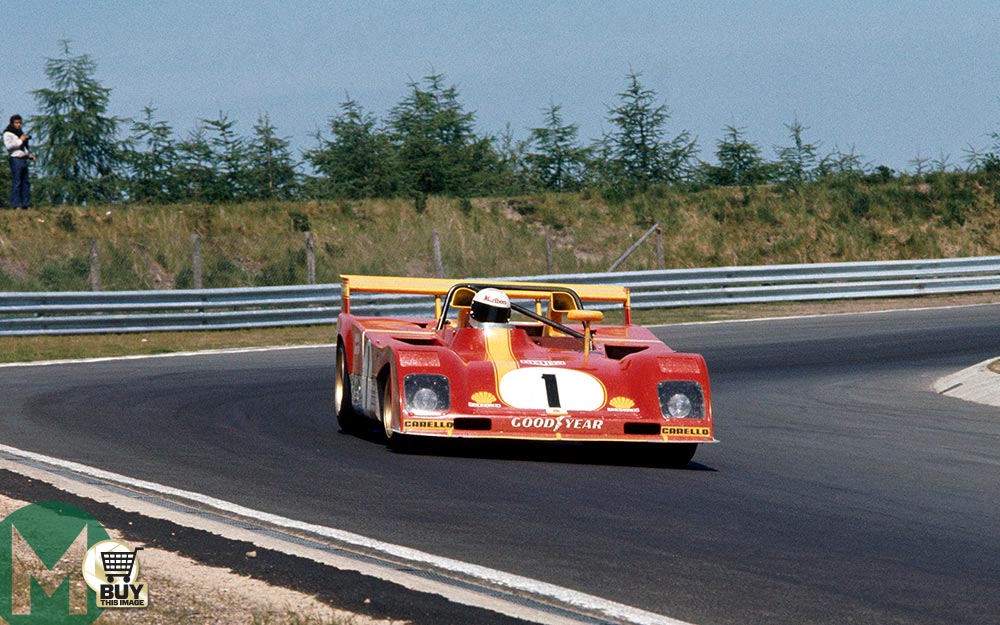 Should Brian Redman be inducted into the Hall of Fame?