It was a mixed return to Formula 1 for Jenson Button. Ninth position in qualifying was a fine effort, but pinning Pascal Wehrlein against the wall at Portier – whichever way you apportion blame – was an unfortunate way to end what may well be the 2009 champion’s final race in F1. But there’s good news for JB fans: he’ll be back behind the wheel later in 2017.

Having driven a Honda NSX Concept-GT at a Honda event late last year, Button has agreed a deal to race for Team Mugen at this year’s Suzuka 1000km, which forms part of the Japanese Super GT championship. His debut in the series will see him take on former F1 sparring partners Heikki Kovalainen, Kazuki Nakajima and Kamui Kobayashi.

Read about Jenson Button’s ‘easy’ return to F1 at Monaco

Income distribution: it rattles domestic politics and it stirs controversy in F1 circles. Many smaller teams feel aggrieved that they don’t receive a fair share of the F1 prize money pool, but there appears to be an exception. Haas F1 team boss Gene Haas has warned F1’s new owners, Liberty Media, against becoming ‘socialist’ with the way it handles income redistribution.

The American has argued that established teams have an ‘entitlement’ to a greater share, following Liberty Media’s expressed desire to change the Concorde Agreement, expiring in 2020, which handles income distribution. 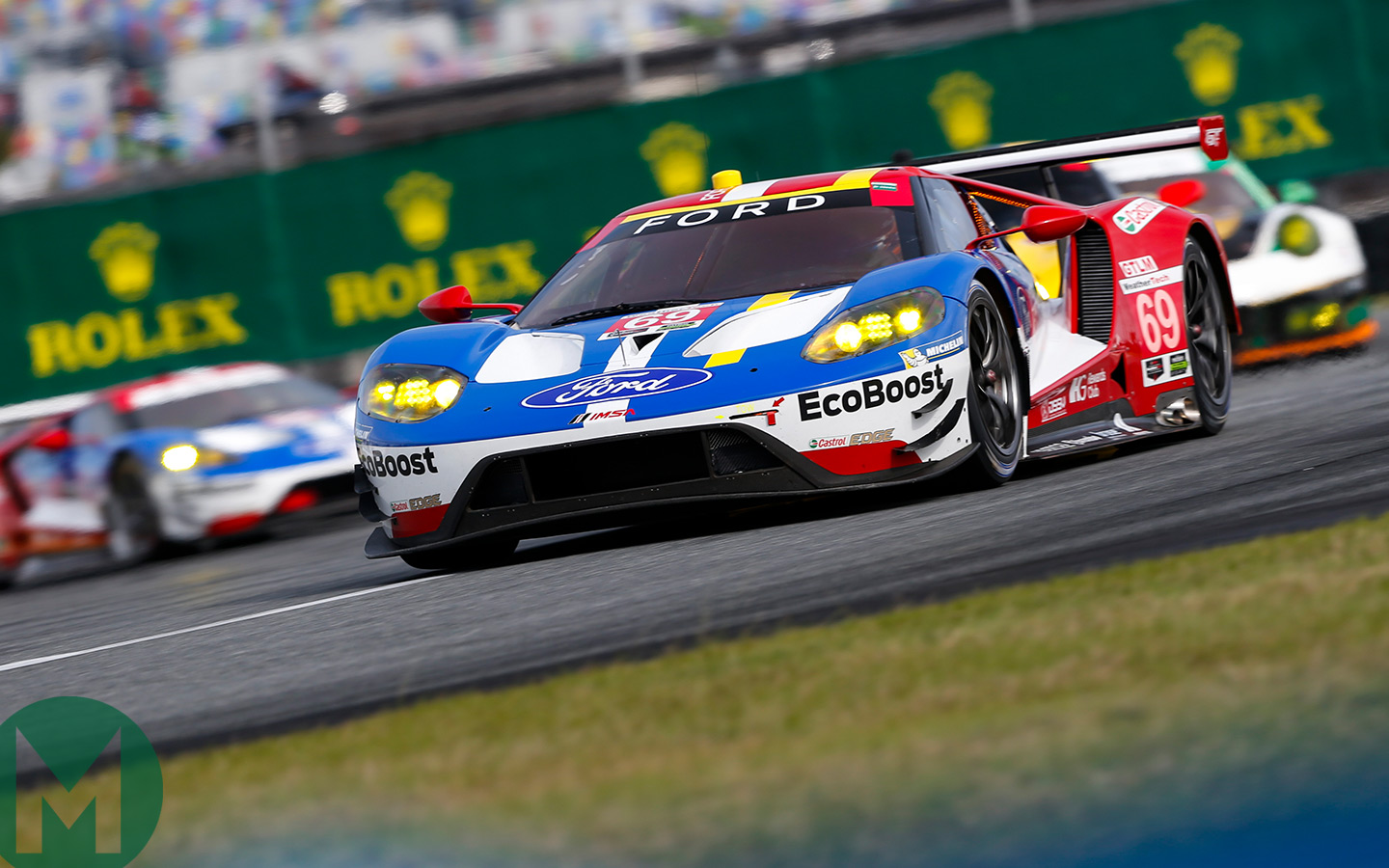 Sébastien Bourdais has been sidelined from this month’s 24 Hours of Le Mans after suffering hip and pelvic fractures in a terrifying 227mph accident during qualifying for last month’s Indy 500. He will be replaced by Tony Kanaan, who clinched the 2013 Indy 500 after an incredible 68 changes of lead. The Brazilian will line up alongside Dirk Müller and Joey Hand in the #68 Ganassi Ford GT, rejoining the team for whom he raced at this year’s Daytona 24 Hours.

Don Panoz will announce a ‘never-before-attempted road racing concept’ this month. The project is in partnership with sister company and electric cars organisation Green4U Technologies. Panoz, who has projects such as the Deltawing to its name, will reveal more details at Le Mans on June 15.

See the cars that Panoz has built through the years 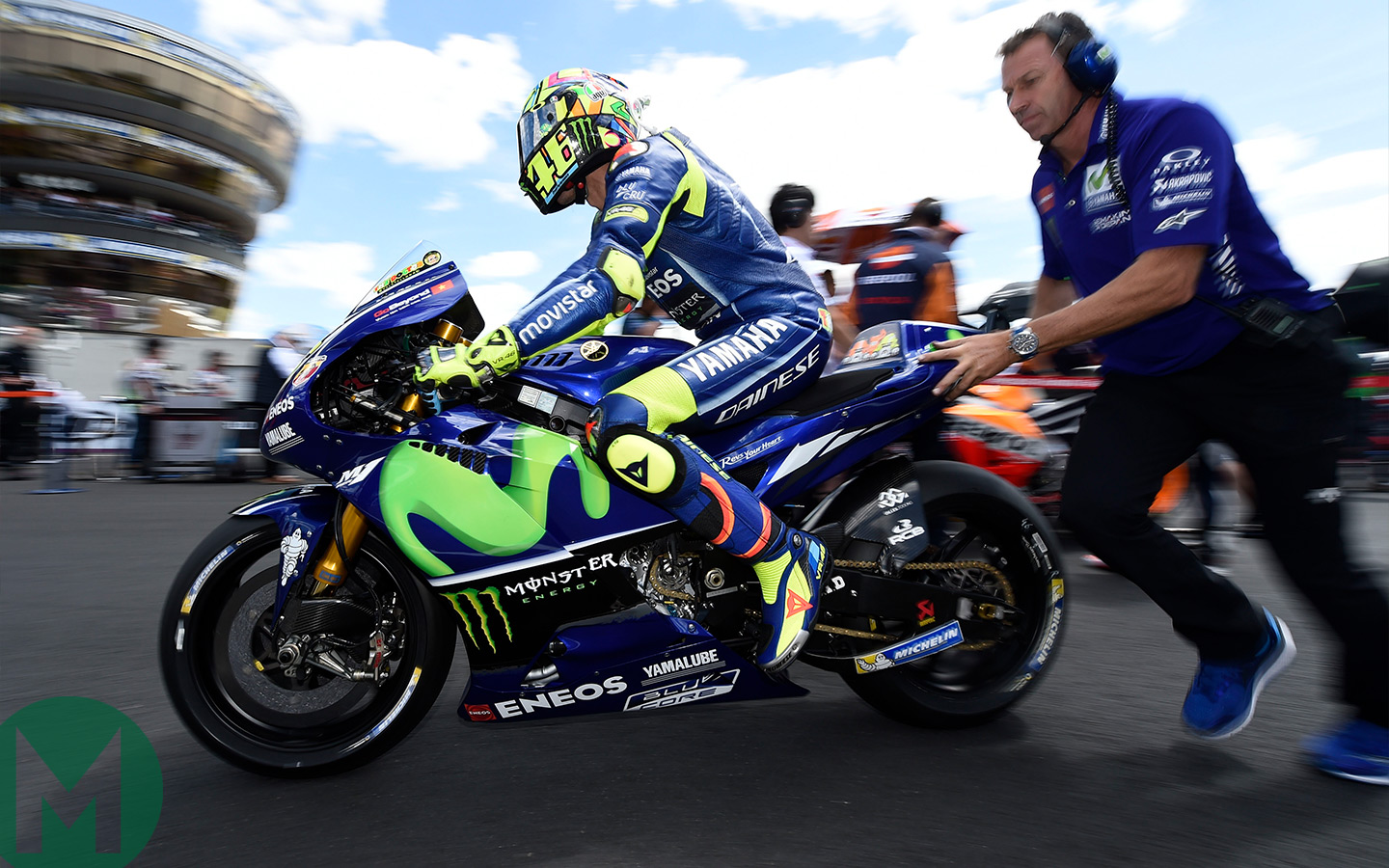 Rossi fit to race at Mugello after motocross accident

Seven-time MotoGP champion Valentino Rossi has been declared fit to race at this weekend’s Italian Grand Prix at Mugello after suffering chest and stomach injuries in a motocross crash last Thursday. The Italian has been given the medical all-clear to race, despite saying he is still in severe pain this week. Sitting third in the world championship standings, Rossi will aim to close down the 23-point gap to his championship-leading team-mate Maverick Viñales at his home race this weekend.

Motor Sport‘s Mat Oxley has said that this weekend’s Italian Grand Prix at Mugello could be ‘the start of a new championship’ as riders adapt to a new front tyre. Michelin’s 06 tyre has been used at the first five Grands Prix this year, but a rider vote at Le Mans chose to switch to the stiffer-cased 70 tyre. The decision has been a controversial one and could swing the balance of the championship: Valentino Rossi is a fan of the 70 tyre, but his team-mate Maverick Viñales is not. 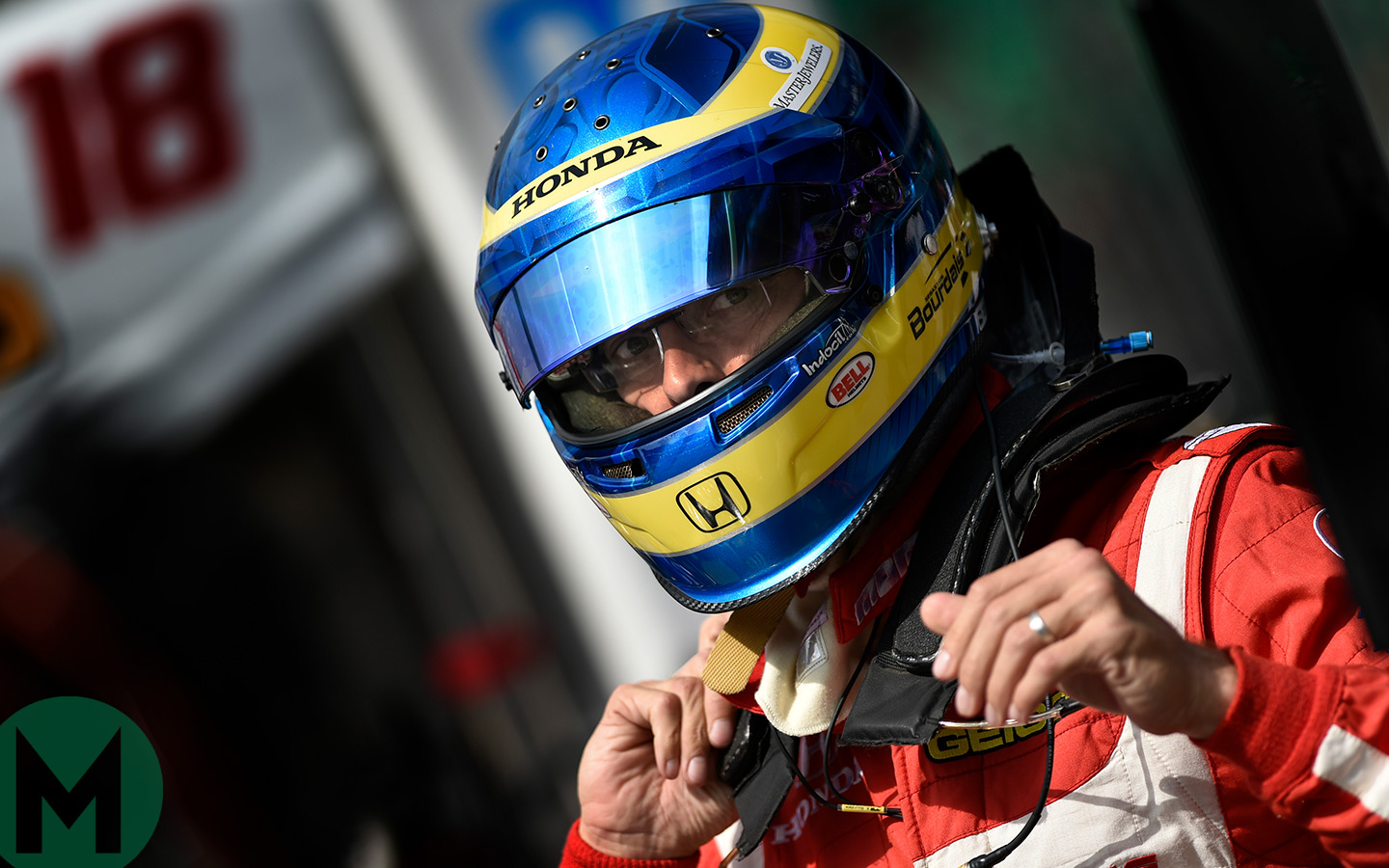 Esteban Gutiérrez will make his IndyCar debut in Detroit this weekend as he replaces Bourdais. The Mexican, famed for his unfortunate run of 11th placed finishes during his three seasons in F1, will compete for Dale Coyne Racing in the #18 DCR-Honda. Bourdais is out of racing for an indefinite period of time after his high-speed Indy 500 qualifying crash.

IndyCar has been grabbing the motor sport limelight recently with the highly-billed running of the Indy 500 and now the latest renderings of its next-generation 2018 race car. Technologically more advanced and with safety improvements, the new fiercer-looking aero kits will be universally supplied to all teams.

See the new design in the full article here

Last Sunday was a bumper-day of race action with the Indy 500, Monaco Grand Prix and Nürburgring 24, but for rallycross loyalists it was a sad day with the final World RX event held at Lydden Hill.

From 2018 Silverstone will take over the billing of the British RX round and at its launch event on Tuesday the circuit announced its planned layout, featuring a fairly huge jump. Taking over from the spiritual home of rallycross, Silverstone will have a rather tough act to follow. 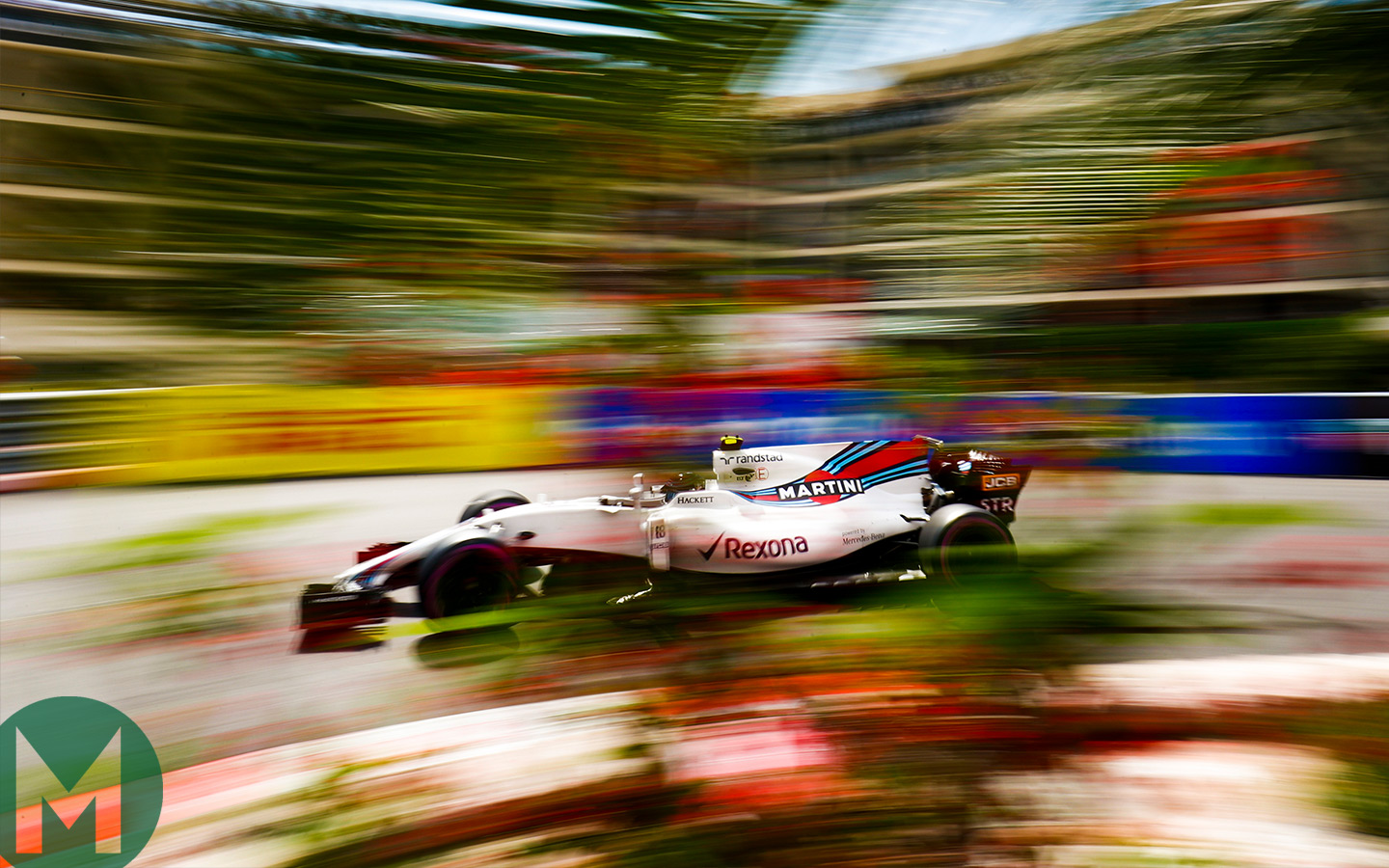 1) Stroll struggles at the same corners on the PlayStation

There’s no two ways about it: Lance Stroll has had a testing start to his F1 career. With several crashes in pre-season testing and retirements in his first three Grand Prix, Stroll was the unfortunate recipient of a ‘Has Stroll Crashed Yet?’ fan page. But there’s more…

The Canadian revealed to the media at Monaco that he struggles on the same corners when racing on the PlayStation as he does in real life. “It really p***** me off, because every time I play the PlayStation game, it’s always those corners that I couldn’t get right, and in reality it’s still those two corners!” he said.

2) Button happy with F1’s direction, but doesn’t plan to return

Despite his return to F1 action proving a mixed affair, Jenson Button said that he enjoyed driving the new generation of F1 car and that the greater speeds and levels of downforce is how F1 should be. He even went so far as to describe them as ‘easy’. Sadly though, he also admitted that he has no ambitions to make a full-time F1 return.

3) Kimi Räikkönen is a better football player than Sebastian Vettel

Sebastian Vettel is pretty handy on the football pitch. He proves it every year, as a leading goal scorer in the annual charity football match that F1 drivers take part in around the time of the Monaco Grand Prix each year. However, this year it was Seb’s team-mate Kimi Räikkönen who proved the better of the pair by scoring a hat-trick at the event held at the Juventus Stadium in Turin. The match raises money for two charities: Fondazione Telethon and the Candiolo Institute for Cancer Research and Treatment.

Last week we were pretty impressed when Max Verstappen smashed the unofficial Zandvoort lap record among smoking donuts and ‘general hoopla’ in Red Bull’s RB8. It was the latest in the line of Red Bull’s often outlandish publicity events, which include tearing down the Kitzbühel ski run in a spiked-tyred RB7. What could they possibly come up with next? Well…

Money greased the wheels, but talent turned them

Good looking, rich, charming, a natural all-round sportsman and concert-standard pianist – Elio de Angelis had it all. Although never the quickest in the field, de Angelis somehow represented a better, more civilised age. More than just a ‘rich kid’, here was a naturally talented driver who, on his day, could outperform Senna. 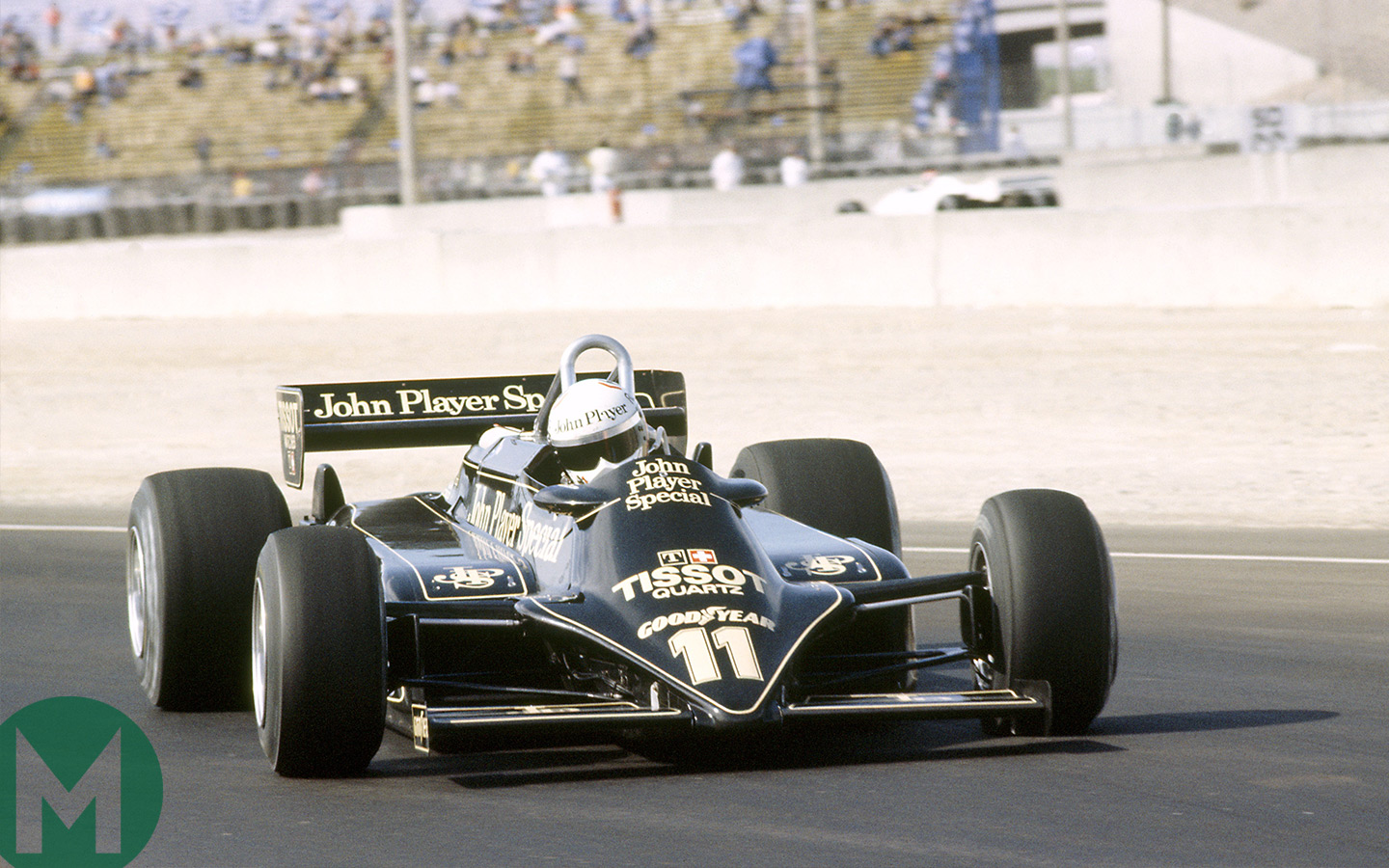 May 31 1992: Ayrton Senna holds off Nigel Mansell in a historic Monaco tussle. Report 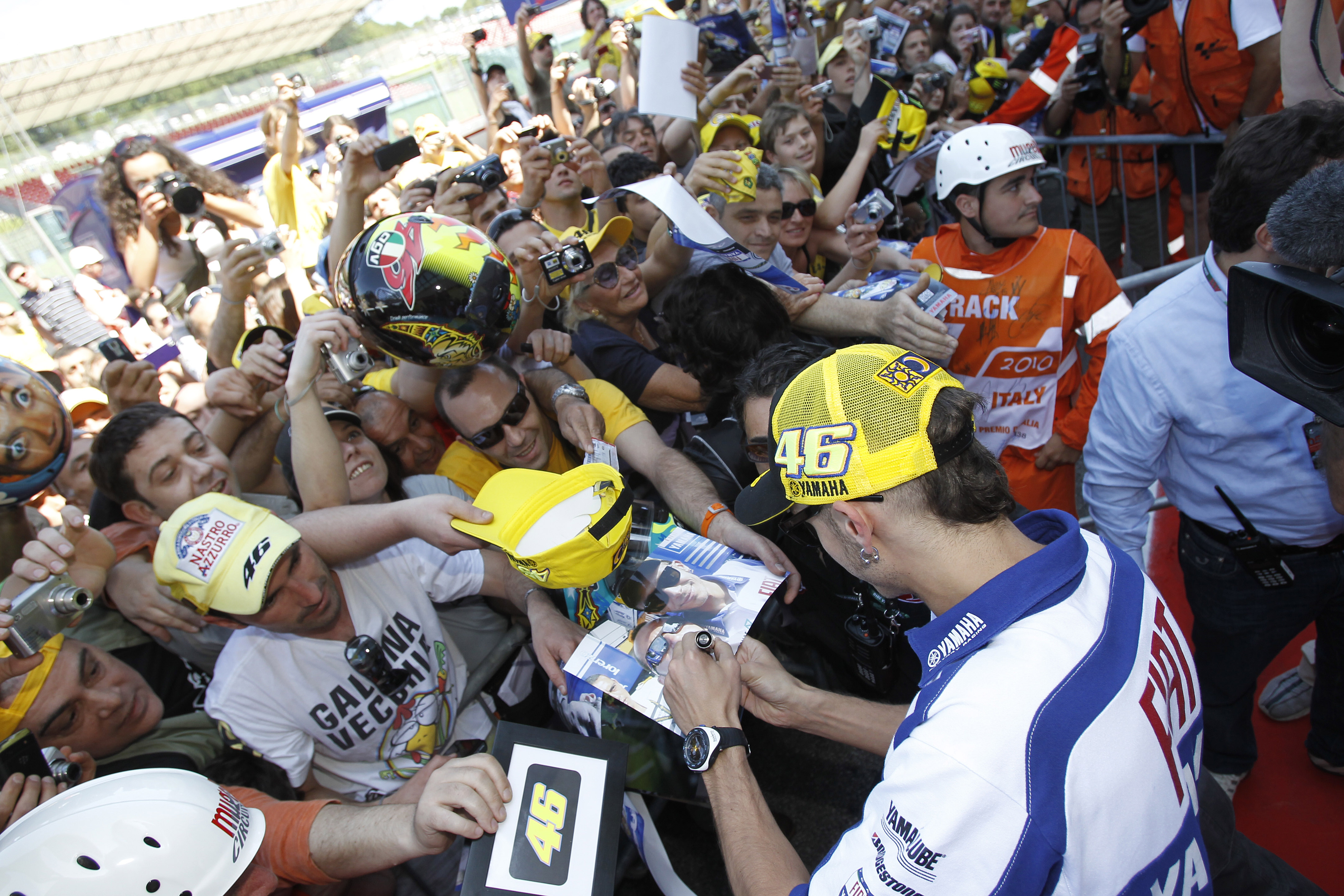