Top-flight British motor racing won’t truly begin until early summer this year after both the British Touring Car Championship (BTCC) and British GT Championship announced they would delay the start of their campaigns until May, at the earliest.

The BTCC, which had been set to begin its season at Brands Hatch on April 3-4, has reshuffled its schedule to make Thruxton its season-opener on May 8-9. The Hampshire speed bowl was due to be the third round of the campaign, but both Brands and Donington will now be shuffled back to June and October respectively.

Likewise the British GT Championship, which had been set to start its season with the traditional Easter weekend round at Oulton Park on April 3-5, has also issued a restructured calendar. It too will shuffle both its first two rounds further back, with Snetterton now becoming the fifth round with an August date, and Oulton moving to the penultimate event with a September slot.

The move means British GT will now begin at Brands Hatch on May 22-23. 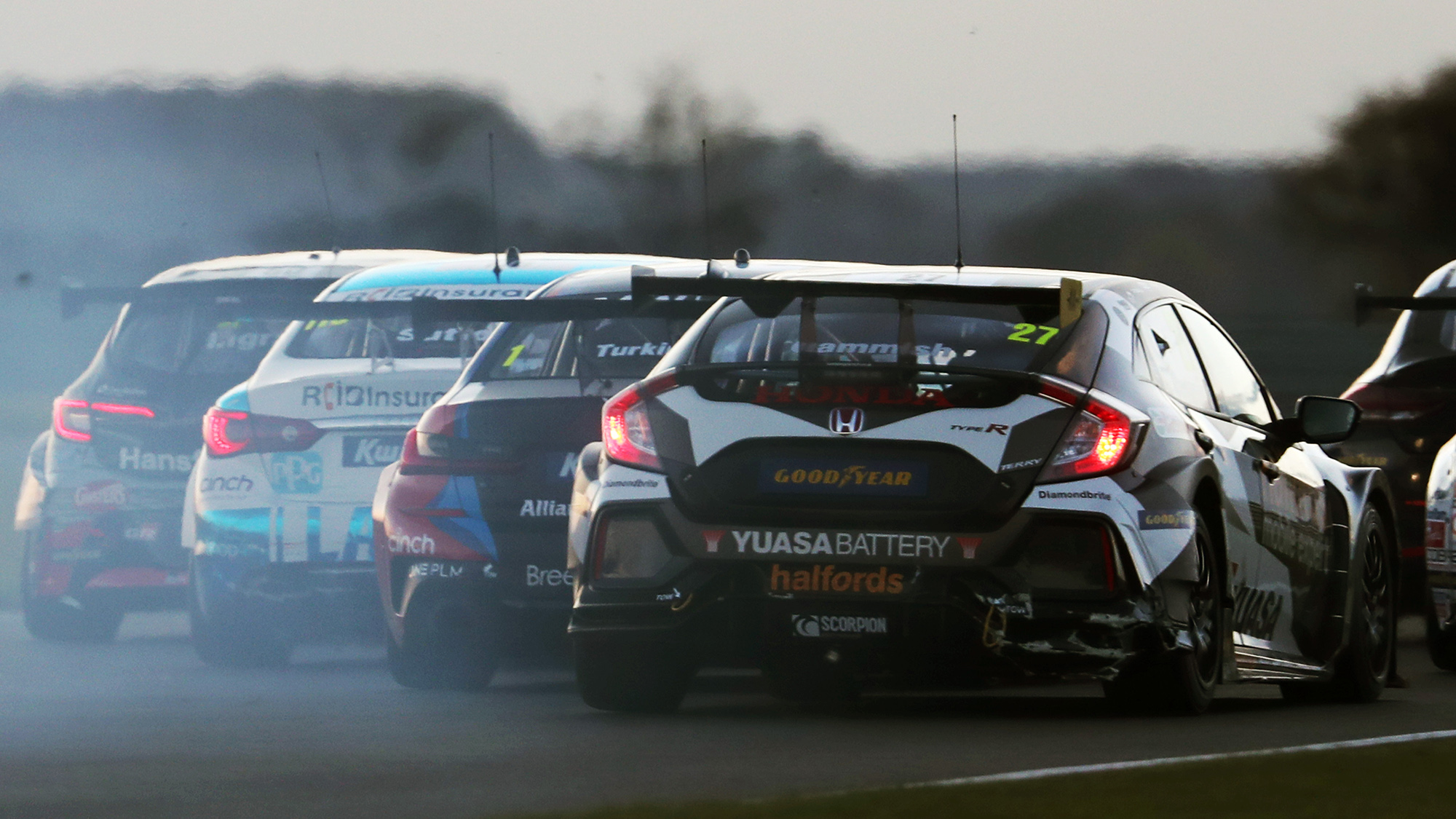 Start of the BTCC season has been pushed back to May

Both championships have made the changes in an attempt to safeguard their seasons in the face of the UK’s current second wave of strict coronavirus restrictions.

The BTCC was forced to run over nine weekends last season, having to cancel its planned second event at Silverstone National due to the mass reshuffling of the motor racing calendar after the first virus outbreak. British GT likewise had to drop its Spa-Francorchamps round and run across six events. Spa returns to the calendar this year, pending any lingering travel restrictions.

The shuffling also boosts hopes that fans will be able to attend both series’ events this year. The BTCC was classified as an elite sport by the Department for Culture, Media and Sport or 2020, meaning its racing could continue during the strictest of lockdown measures, but at the cost of all its events having to be held behind closed doors.

British GT did manage to host a limited number of spectators for almost all of its events. It was re-classified as elite sport for its live-TV season finale at Silverstone last November, meaning the race went ahead with no spectators allowed.