Imagine sitting on the pit wall as the Ford GT40s sailed past for that famous win at Le Mans ’66, nosing around the garage to ask race engineer Leena Gade questions during one of Audi’s crushing victories or the being in the centre of the emotion as the minnow Mazda team became the first Japanese squad to claim top honours at La Sarthe.

With Glickenhaus’s sports car team’s novel approach to going racing, that dream might soon become a reality – or as it were, a virtual reality.

The squad’s founder Jim Glickenhaus told Motor Sport that the chance to become virtually embedded in a race team could soon be bought “just like a movie ticket” – and sees it as a way for his minnow Hypercar team to carry on the fight against Toyota and the incoming competition of Peugeot, Ferrari, Porsche et al.

At Sebring this year, the team offered one fan the chance to have their name on the side of the 007, as well as the opportunity to meet Glickenhaus, dine with him and have a tour of his treasure-trove rare car collection – including a 1967 Ferrari 412P, a Ford MKIV J6 and the one-off Pininfarina Ferrari Modulo showcar – for $10,000. The offer was taken up, and Glickenhaus can now see motor sport enthusiasts becoming even more involved in an immersive racing experience in the future. 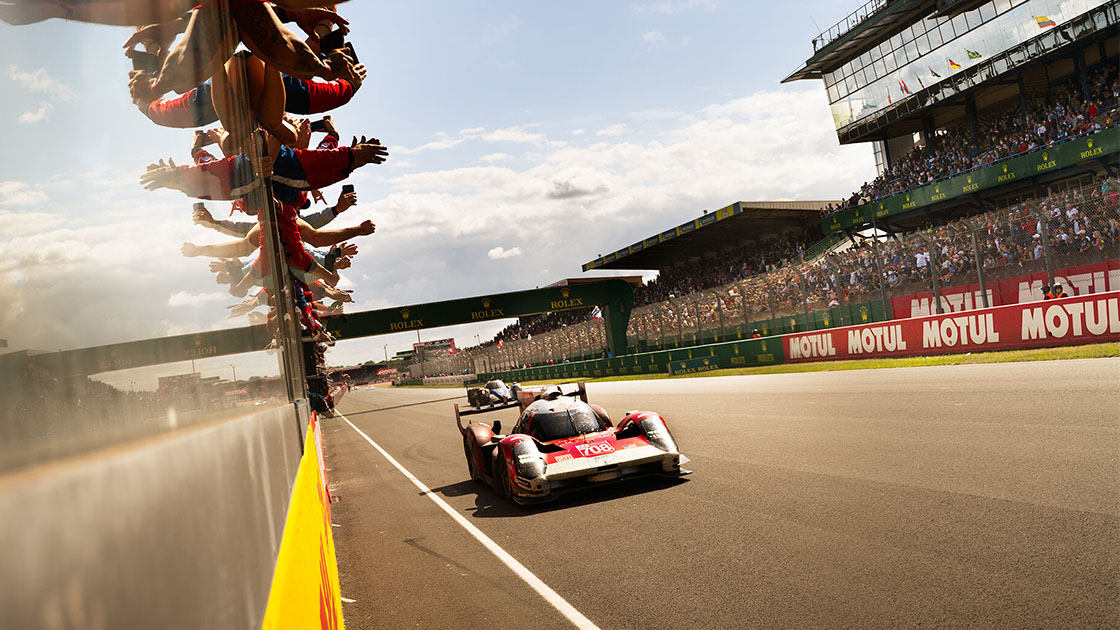 Glickenhaus managed to bring both cars home at its first Le Mans – could you be there to via VR in the future?

“The world is changing, and traditional sponsorship of motor sports is changing,” he says. “There are going to be different ways of doing it.

“We’re talking with one of our partners about giving fans the chance to have virtual reality tours of our factories, of our collection cars, to ride in them alongside me and ask questions, to be embedded within our team at Le Mans. That may become a way to monetise our social media presence.

“In the future, we may have a lot fewer sponsors and a lot more touring through our facilities with the ability to ask the engineers any questions – and you can buy it just like a movie ticket.

“Who knows where this world of ours is going to go? It’s changing, in front of our eyes.”

Glickenhaus has attracted a large number of followers with a disarmingly open and honest social media presence, showing pictures and videos of the Hypercar during every stage of its build and then continuing on in the same fashion with its race coverage.

The former film director believes he can see how the team’s open PR approach and attitude towards racing has garnered it fans, financial support and made its road cars a more attractive proposition.

“I think that all of our racing gives credibility to our road cars,” he comments. “Racing the Baja 1000 in Class Two and beating the factory Ford Bronco two years in a row sells our Glickenhaus Boot [SUV], racing at Le Mans sells our road-going Hypercar, though that’s not the top car in our business.

“The number of people that came up to me in Amelia Island [auction event] and said, ‘Jim, we’re rooting for you – you did so well at Le Mans last year, you better win this year, we’re gonna watch you in Sebring.’

“We are going to have more sponsors this year than we had last year. We don’t have enough, but we will have more. And the reason we have them is because people know who we are, like following us and want to be a part of it.” 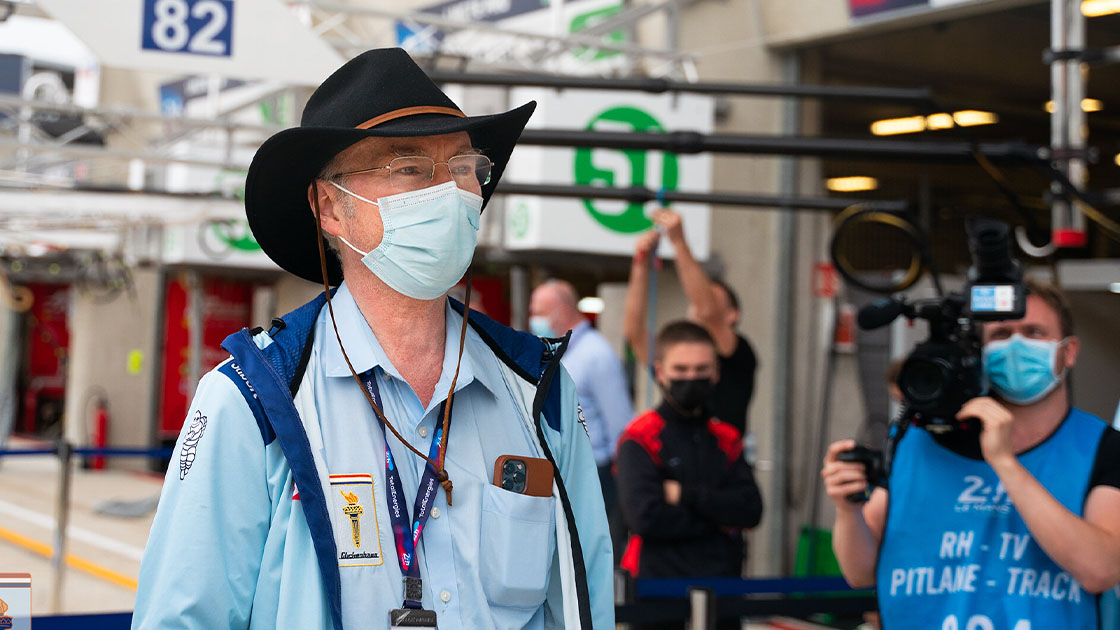 Glickenhaus sees the landscape of motor sport funding changing, with the team coming up with some novel ideas to finance themselves

Last year the American outfit’s 007 Hypercars finished a solid yet distant fourth and fifth at Le Mans. Ahead of this weekend’s 2022 World Endurance Championship opener at Sebring, in which the team will enter just one car, Glickenhaus asserts that adjustments to the team’s double 007 Hypercar permitted by the FIA (crucially not one of the five joker upgrades allowed throughout the season), along with the ACO making adjustments to the Balance of Performance regulations, could build on that solid first La Sarthe showing.

“I thought it was terrific,” the B-movie mogul said of last year’s performance. “The cars were strong. They both finished, we sorted the issue that we had theoretically going into the race with the brakes, they lasted the entire 24 hours.

“I think the Bosch brake by wire system that the FIA and WEC allowed us to put into the car [this season] will make a very big difference in braking capacity and the speed that the drivers can drive, because even if the brakes can last 24 hours, they certainly degrade. The ability to balance that degradation with brake by wire will be very helpful.”

Following rules changes in anticipation of the LMH and LMDh convergence next year, Toyota has now switched over to using the same size wheels as Glickenhaus – 13.5in on its front axle and 15in on the rear. After the Japanese team used 14in wheels on both last year, the American team boss again believes the change will provide a fairer playing field.

“I am very grateful that this tyre thing has been sorted, and that there aren’t going to be two sets of tyres, because I think that leaves itself open to different levels of development on the hybrid tyres and the non-hybrid tyres,” he says. “That wasn’t fair, so I’m glad it’s been changed.”

This tyre switch has in turn been influenced by one of the BoP’s alterations to make competition an apparently fairer fight. After concerns were expressed by some of those involved in LMDh projects that the ‘120 Rule’ – meaning that the hybrid LMH could deploy retrieved energy once over 120km/h on dry tyres and 150km/h on wet – still favoured the all-wheel hybrid Hypercars, the relevant speeds were resultantly changed to 190km/h for all conditions. 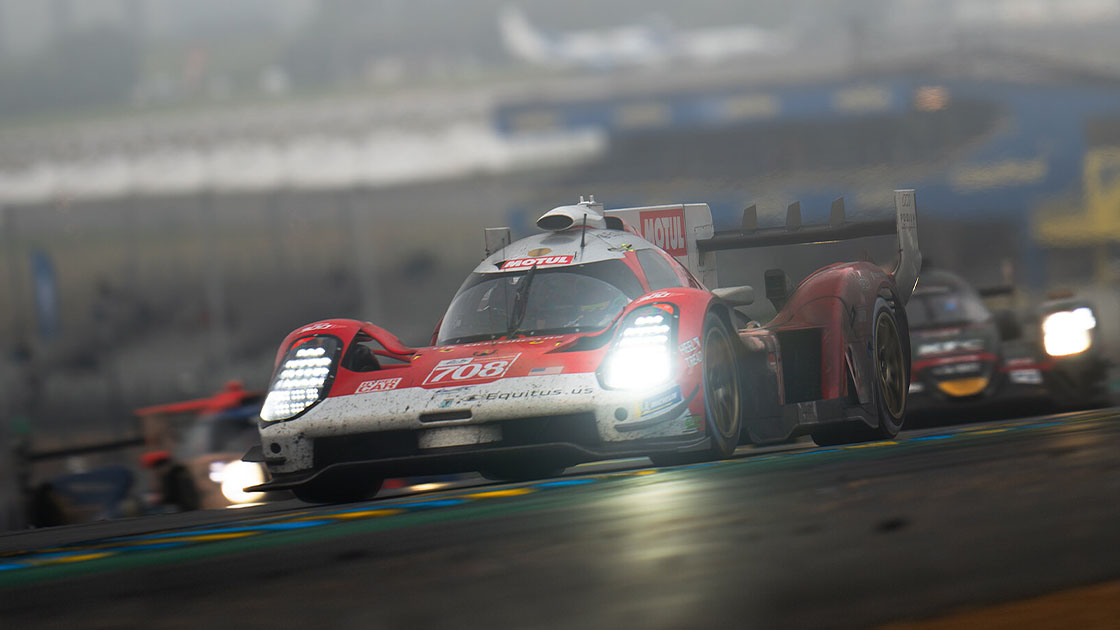 Glickenhaus has been allowed to add in a brake-by-wire system, meaning the team can manage its brake degradation

This speed will be adjusted from track to track, and then car to car once the Peugeot 9X8 Hypercar joins the field later this season. Glickenhaus feels the change was necessary, particularly for his rear-wheel drive 007s.

“I want Toyota to be as fast as they can be,” he says. “But on the other hand, I want us to be as fast as we can be. This is a BoP class, and last year they didn’t get the BoP right. Both Toyotas had problems [at Le Mans], and yet they won the race. Well, that that’s not fair. And I think that in a 24 hour race if both the Toyotas have problems, and the BoP is fair, then someone else should win the race.”

Having been on a long journey from announcing his Le Mans Hypercar intentions, then building the car via outsourced technical partners and then making it into WEC, the American is still unequivocal in his endurance racing aims – he’s going for the blue riband race victory.

“That’s our goal!” he says. “We’re not entering Le Mans to not have a chance to win.”