Often overlooked in favour of the better-known British charges, Peter Whitehead’s successes — particularly at Le Mans — set the stage for his contemporaries 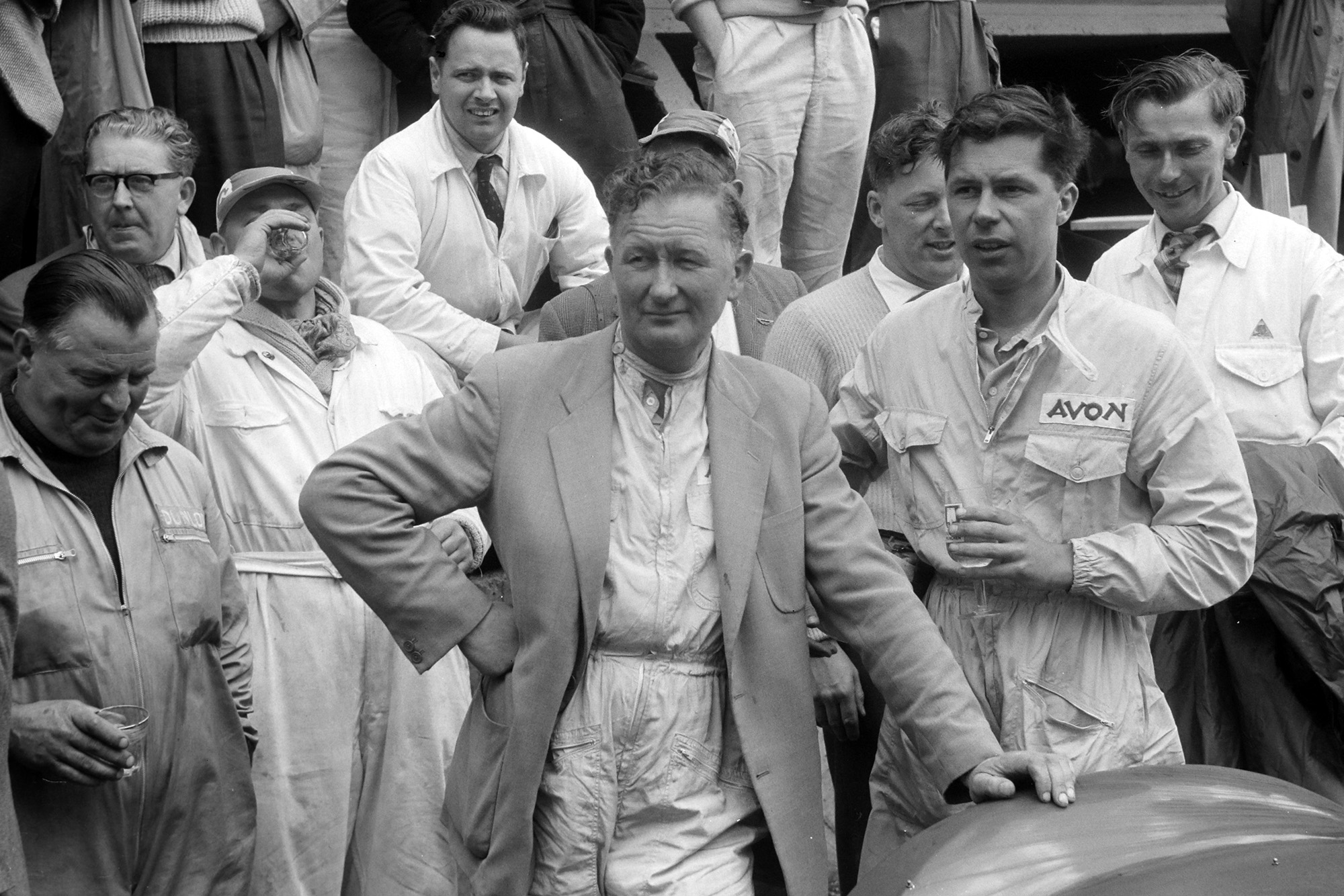 Name an unassuming and polite Northern sheep farmer with a knack for smoothly extracting speed from (in the main) green racing cars.

Now, name another one.

Peter Neild Whitehead was born 105 years ago this week, near Ilkley.

Seventy years ago last September, he became the first Englishman since the late Dick Seaman to win a major Continental single-seater race: the 1949 Czechoslovakian Grand Prix.

He did so in the supercharged Ferrari that he had coaxed from Enzo – the first privateer to do so – and that he swallowed the 100 per cent import duty for.

British Pathé footage serves as a reminder of the dangers of that 11-mile road course in Moravia – it claimed the lives of several drivers and spectators that weekend – which partly explains Whitehead’s subdued celebration: a thin, faraway smile for the camera.

No doubt he was tired, too, after almost three hours of effort: to finish a half-minute ahead of veteran Philippe Étancelin’s Talbot-Lago. But mainly his was no-nonsense Yorkshire grit.

It would, for example, be firm handshakes all round after his completing the final stint – acknowledged by a shy wave – in the victorious Jaguar C-Type at Le Mans in 1951.

(Co-driver and fellow Yorkie, co-conspirator and friend since the 1930s, Peter Walker was more animated, as befitting the nickname ‘Skid’.)

That enigmatic smile would again be wheeled out after Whitehead had helped respective Jaguar co-drivers Stirling Moss and Ken Wharton to win the Reims 12 Hours of 1953 and 1954.

No doubt he raced for fun – he was a throwback to the businesslike amateur pre-war racers of Brooklands – but he didn’t always tell his face.

Not in public at least. Fun company, his employees spoke highly of him. A go-ahead globetrotter, he raced in South Africa, South America and Down Under.

When the family business sent him to Australia in 1938, he took ERA R10B with him and won that country’s Grand Prix: the first race at Mount Panorama, its surface not yet sealed.

He never shirked the rough and the tough and tended to shine through the murk.

Le Mans 1951, for instance, was awash throughout the night; and yet Whitehead, tucked behind marginal aero-screen, crossed the line sporting a cloth skullcap.

And spring-heeled jack-in-a-box Moss was happy to let his senior partner undertake the floodlit run-and-jump start at Reims, and plunge under the Dunlop Bridge into darkness. For Whitehead was a safe pair of hands – and a realist.

He had followed the precocious Moss – not yet 21 and therefore 15 years his junior – through the teeth of the howling gale of the 1950 RAC Tourist Trophy at Dundrod, and so knew which way the wind was blowing.

Put starkly, he had lost his fastest years to the Royal Tank Corps – rising to the rank of Major – during WWII.

And then he was injured and sidelined by a plane crash, not long after take-off from Croydon Airport, in February 1948; he had been scheduled to fly to Milan for a powwow with Enzo.

Yes, he would come within six laps and a dicky transmission – he finished with fourth gear only – of winning the 1949 French GP at Reims.

And at the same circuit the following year, for the Grand Prix de l’Automobile Club de France – a subtle and politically charged difference – he would finish a distant but praiseworthy third behind the all-conquering Alfettas, having started from the back of the grid.

But the UK’s next-gen – Messrs Moss, Collins and Hawthorn – was catching quickly, and soon to overtake.

By the mid-1950s Whitehead was content competing Down Under, aboard bespoke Cooper-Jaguar and hybrid Ferraris: single-seaters with sportscar engines.

He had within him, however, one more great drive at the highest level: Le Mans in 1958.

Stepbrother Graham, younger by seven, had caught the bug and followed in the footsteps/tyre tracks: gentleman farmer (the family switched to dairy and moved south of Reading); and R10B, C-Type and works Astons.

The sport’s increasing professionalism limited him to a single World Championship Grand Prix: his Alta, carrying number 1, out-qualified Peter’s Ferrari but finished two places behind it (12th) at Silverstone in 1952.

But a fraternal bond – no doubt imbued with rivalry – kept the Whiteheads on the black stuff.

The ex-works Aston Martin DB3S – EMU 62, chassis 6 – was of 1954-vintage but, meticulously prepared by Stan Elsworth and Arthur Birks at the Whiteheads’ Motor Work premises in Chalfont St Peter, it outlasted the DBR1s of David Brown – another, rather more ostentatious, Yorkshireman – and outdistanced all bar the works Ferrari Testa Rossa of Olivier Gendebien/Phil Hill. 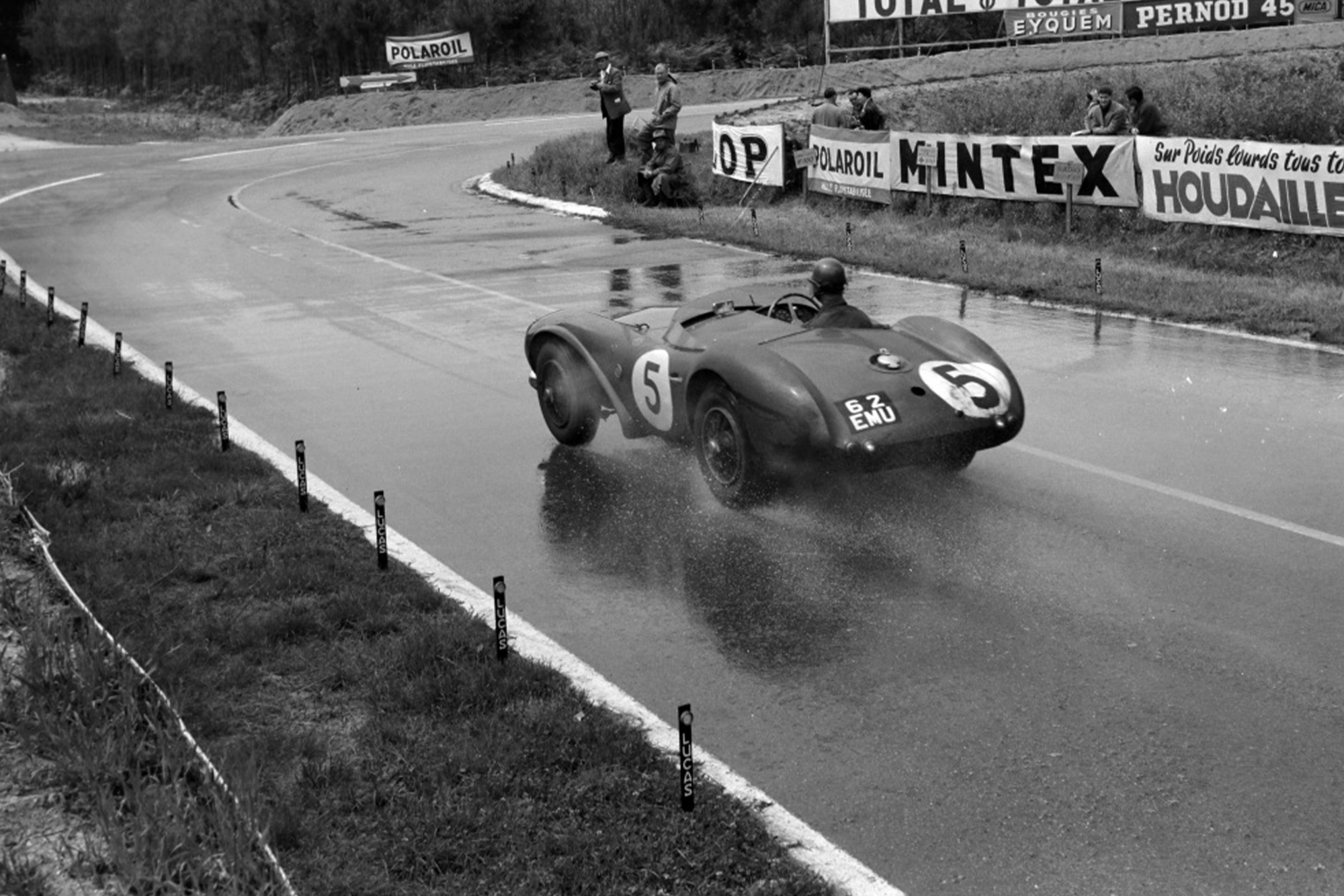 Whitehead at the wheel of the Aston Martin DB3S Photo: Motorsport Images

Not that the brothers were averse to a bit of sun, of which that September’s eight-day Tour de France Automobile – Nice to Pau, via Le Mans and Le Touquet – held tempting promise.

In fact, it was dark and foggy as they – leading the Touring category in a Jaguar Mk1 – tackled the final 950-mile leg, from Clermont-Ferrand.

On a tricky, twisting section through the Cévennes late on Saturday night, the big saloon dropped a wheel off a bridge without a parapet and plunged 30ft into a ravine, landing on its roof.

Graham escaped with bruising – and would race again; Peter, 43, was killed instantly.

A crucial link in the chain of eventual British motor sporting dominance – we should remember him.