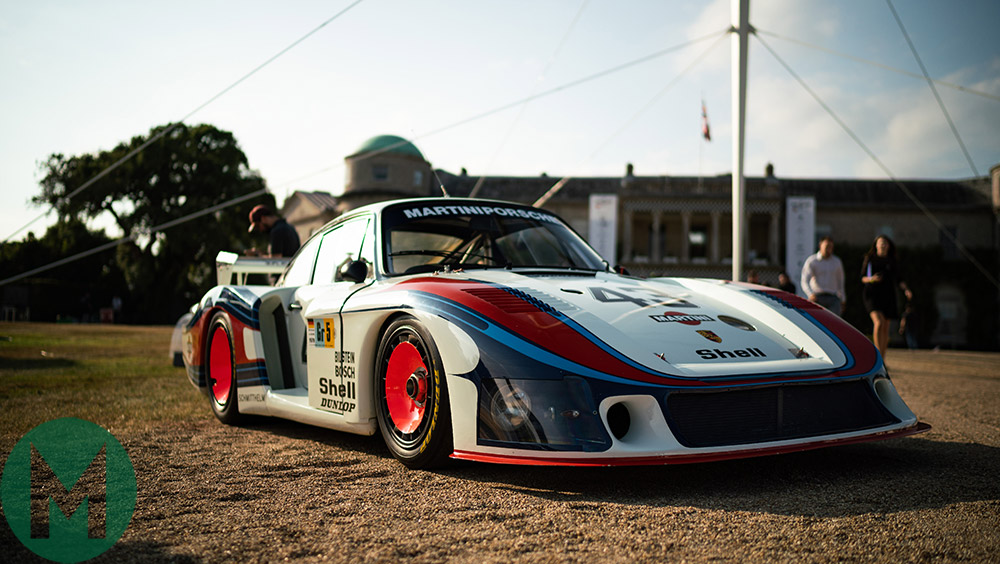 Sometimes it’s the things that happen by chance that are the most memorable. Take last weekend’s Festival of Speed, for example: Porsche was celebrating its 70th birthday in spectacular style and asked if I’d like to drive a couple of the Porsche Museum’s precious race cars up the hill on the Friday of the FoS. As luck would have it I’d also been asked by Renault Classic if I could drive one of its gems on the same day.

It was only upon arriving at Goodwood that the penny dropped, and I realised I would be driving two of the most famous cars to take part in the 1978 Le Mans 24 Hours: the race-winning Renault Alpine A442B and the 935/78, or ‘Moby Dick’ to its friends.

I’ve long had a fascination for this era of Le Mans and hold both these extraordinary machines as two of my all-time favourite racing cars. They embody everything I love about endurance racing and Le Mans in particular. Adventurous designs, epic performance and an obsessive focus on winning the greatest race of them all.

There’s something very special about Renault Classic. The team of engineers and technicians had a deep love for the cars they curate. That only a handful speak English makes the experience brilliantly Gallic, and I’m proud to say I’m one of the very few rosbifs they trust with their four-wheeled treasures.

To understand how the A442B drives you need to know something of its technical specification. Renault’s answer to the Porsche 936, the exaggeratedly elongated yellow machine is powered by Renault-Gordini’s heavily turbocharged 500bhp, 2.0-litre V6. Mated to a strong, but slow-shifting Hewland TL200 5-speed transmission the A442B was designed to conquer the unique rigours of Le Mans. The longtail bodywork both helped with straight-line stability and straight-line speed, and an acrylic bubble canopy placed over the cockpit added a further 5mph to the car’s top speed. Unfortunately it also trapped engine heat and cooked the drivers. Patrick Depailler and Jean-Pierre Jabouille refused to run with it on their new-for-1978 A443, but Didier Pironi and Jean-Pierre Jassaud stuck with it in the A442B. I’m a little sad it’s not fitted for my brief run, if only to have a taste of why Pironi was too exhausted to join Jassaud on the podium at the end of the race.

The Renault Classic guys warn me that the engine has tremendous turbo lag, but it’s not until I leave the line that I fully understand what ‘nuh-sing-nuh-sing-nuh-sing-everysing!’ means. It really is a recalcitrant motor to coax into life, and while the Duke of Richmond’s driveway is not the A442B’s natural habitat, it really must have been hard work to keep on the boil at La Sarthe. However, in the fleeting moments, I manage to get it on-boost the A442B shows a vivid flash of its potential. Oh, to have the chicane-free Hunaudières straight unfurling ahead of me.

It’s surreal to swap the 1978 Le Mans winner for arguably the most famous car to feature in that same race, but such is life at FoS. Even by the spectacular standards set by the A442B, Moby Dick is an extraordinary sight. There’s a 911 in there somewhere, but it’s almost entirely hidden by the famously elongated low-drag bodywork.

In terms of exploiting rules and regulations, it’s a masterpiece. One orchestrated by Porsche Motorsport’s legendary former chief, Norbert Singer. It’s hard to believe the 935/78 has more than half as much power again as the Alpine – a colossal 850bhp in qualifying trim and a little over 750bhp in race tune.

Despite the cartoonish looks and extraordinarily powerful twin-turbo, 3.2-litre flat-six (complete with four-valve, water-cooled cylinder heads), Moby Dick is a surprisingly conventional car to jump in and drive. The interior is brutally simple, with a lattice of small-diameter spaceframe tubes and a flimsy plastic floorpan (one of Singer’s famous strokes of genius) supporting a solitary seat. An array of large round analogue dials is spread across the dashboard and marked with rudimentary Dymo tape labels, while the gear lever and exposed shift mechanism add a hint of steampunk to the cockpit.

Like all Porsche Le Mans racers of a certain age, Moby Dick starts on the key. The flat-six sounds like a dragon with a head cold, snorting and coughing before it settles into a menacing simmer. The manual gearbox is a four-speed, so you can imagine the ratios are hugely tall to span the 935/78’s 230+mph reach. Goodwood’s hill is but an amuse bouche, easily consumed by first and second gears.

The power delivery is much more tractable than the Alpine, thanks to almost 50 per cent more capacity, though the lag is exacerbated by the super-tall first gear. When the torque finally gets on top of the ratio the acceleration is explosive – a dizzying rush that sticks your tongue to the roof of your parched mouth.

Back at Le Mans in 1978, Moby Dick was right in the thick of the open cockpit prototypes, faster than them on the straights and qualifying in second. Sadly a misfire hobbled the efforts of drivers Rolf Stommelen and Manfred Schurti, and, when an oil leak was discovered with eight hours of the race remaining, the crew nursed Moby Dick to an eighth-place finish.

Though very definitely a case of what might have been, disappointment at the 935/78’s failure has since been sweetened by its mythical status. To drive it – and the heroic French winner of that epic Le Mans 24 Hours – was an unforgettable experience and a humbling insight into how physical and formidable these extreme machines must have been to race.