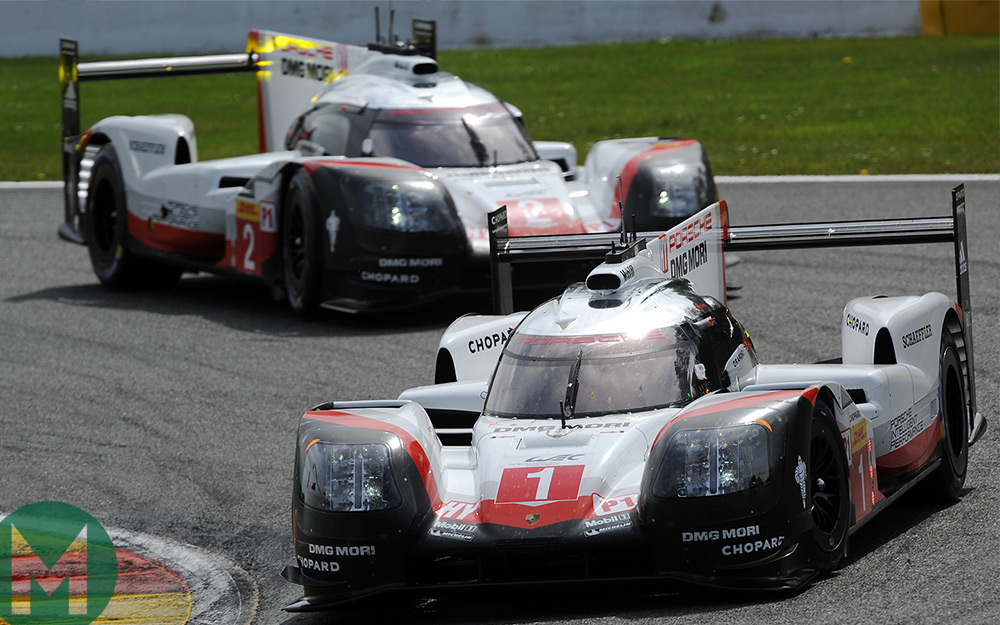 Porsche has confirmed it will withdraw from the FIA World Endurance Championship LMP1 class at the end of the 2017 season to enter the Formula E Championship from 2019.

The German marque follows its sister brand Audi in exiting the top tier of sports car racing, and the decision will leave question marks over the future of the championship’s sole remaining LMP1 manufacturer, Toyota.

Rumours of an impending decision to quit have refused to die down in the past 12 months, and these were only ramped up by the 19-time Le Mans winner’s announcement at the Nürburgring earlier this month that it would be making a decision on its LMP1 future by the end of July. The decision was to made to close the programme by the board on Wednesday July 26, soon after Mercedes announced it would be quitting DTM for Formula E.

“Entering Formula E and achieving success in this category are the logical outcomes of our Mission E. The growing freedom for in-house technology developments makes Formula E attractive to us”, says Michael Steiner, Member of the Executive Board for Research and Development at Porsche AG. “Porsche is working with alternative, innovative drive concepts. For us, Formula E is the ultimate competitive environment for driving forward the development of high-performance vehicles in areas such as environmental friendliness, efficiency and sustainability”.

As Gary Watkins wrote recently, leaving is Porsche’s right; it has nothing left to prove. Its Le Mans record is out of reach, and will remain so for years to come, probably decades.

It hardly needs to be said that Porsche’s absence will be keenly felt, and is a major blow to what has been a wounded World Endurance Championship ever since Audi pulled the plug. Porsche will remain in the WEC – in whatever form that finds itself in in 2018 – in the relatively healthy GTE class with its mid-engined 991 RSR. A customer programme is thought close for the 991, which could further bolster the current field and also offers the championship organisers FIA and ACO a more stable manufacturer presence. There are other factory GTE programmes rumoured, while BMW will join in 2018 with an M8.

But history shows that building its future on GT racing is a risk. With GT3 and GT4 both sat beneath GTE-Pro, which itself has GTE-Am nestled in just below it in the GT racing pyramid, it is a confusing market for the average fan. Would it risk the similar fate that befell the GT1, GT2 and GT3 a decade or so ago? The clarity between the classes muddied, fans were left bemused and the bottom fell out.

And what of the big one: Le Mans? Attendance was down this year, in 2018 it will surely be down again, with only the hardy fans in the stands. That’s a problem the WEC will be acutely aware of because to attract manufacturers to a class that’s not allowed to run at its full potential, as the balance of performance levels the various GTE cars, you need to counter that imbalance with a good audience.

Next year will be Toyota’s best chance to finally win Le Mans, certainly, but it is also in a lose-lose situation if it sees out its commitment to the end of 2018. It will be expected to win, but fail again and it’s a PR disaster. One that would surely see Toyota depart, never to return to the LMP1 prototype ranks again.

Privateer LMP1s will fill the void, in body at least, in 2018, but the fairy-tale element will be stripped clean out. Privateer beating privateer lacks the intrigue of Pescarolo denying Audi, or Jackie Chan DC Racing being the turtle to Porsche’s ailing hare. And so too next year, if an LMP2 was to beat the privateer LMP1s few would be surprised. The current LMP2s are so fast that the manufacturers of the privateer P1s have an uphill task to simply stay ahead of them, that’s certainly the view of leading LMP2 team owner Bart Hayden and many others.

Porsche’s withdrawal not only risks the marketing money being spent in the WEC, but also the championship’s prestige.

There are manufacturers monitoring a WEC entry, Peugeot is the one most often in the news, but none will be forthcoming before the new 2020 rules come in. Building a car that will need to be redesigned from the bottom up within two years makes no commercial sense. It makes little sense for Porsche and Toyota to keep developing a car that will so soon become obsolete.

The World Endurance Championship has survived lean times in the past, this may be its leanest period yet.