The first clue to the weekend’s significance could be seen just south of Rouen – a stationary Triumph Stag with bonnet up and driver alongside, chatting into his mobile. Some kilometres later, a couple of TR3s were parked up in a lay-by, one owner apparently assisting a kindred spirit in distress. An E-reg Austin Maestro had made it all the way to Alençon, though, and was still running strongly. 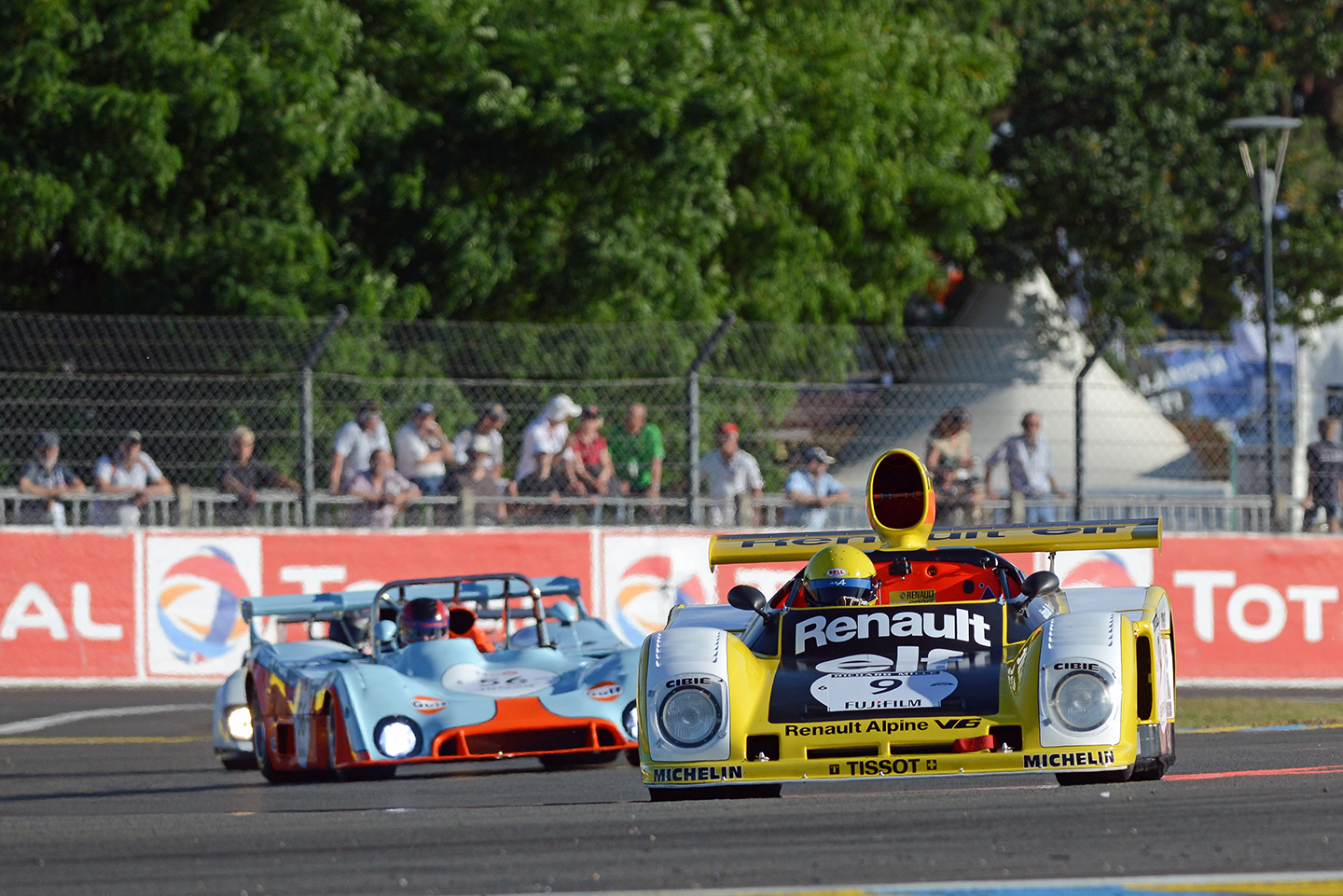 It wasn’t quite like the Le Mans 24 Hours – the only event in the world that can attract traffic jams consisting entirely of Caterham 7s or Morgans – but the Circuit de la Sarthe’s eighth biennial Classic drew an audience of similar spirit, with many old or eccentrically decorated cars heading to UK ports to help supplement a weekend crowd estimated at 123,000. The Classic has grown significantly since first it was run in 2002 – and the signs are that it will continue so to do.

As a newcomer to the event this year, I saw many cars that were completely fresh to me – despite having covered motor sport across six continents during the past 30-odd years. In other instances it was nice to be reacquainted: I last saw an Alpine-Renault A443 when a friend and I bunked off school for two days, caught a coach from Manchester to Le Mans and watched Patrick Depailler and Jean-Jabouille dominate the 1978 race for the French team. Until, that is, a decision was taken to reduce the boost to conserve the engine, about half an hour after which it seized (leaving victory to the sister A442B of Didier Pironi and Jean-Pierre Jaussaud). This time, in the hands of Jean Ragnotti and Alain Serpaggi, the A443 was classified 38th of 64 cars in the group covering 1972-1981, but I hadn’t wanted to watch it trounce the opposition. I’d just wanted to see it.

The event, of course, has little in common with a true 24-hour enduro. Instead, each of six groups takes part in three 43-minute races that run sequentially from 4pm on Saturday afternoon – and in some cases it was tricky maintaining reliability for that long. It’s nice that a traditional running start was used for four of the 18 main races (with Group C and the Jaguar Classic Challenge providing Saturday morning support), but there is probably a more streamlined way of doing things. As things stand, drivers sprint across the track, buckle up and drive away in random order, before stopping on the Hunaudières Straight so that the grid can be reformed for a contemporary-style rolling start. This adds about 20 minutes to proceedings – and you have to wonder what that does for antique cooling systems.

Such, though, are minor quibbles. For sonic and aesthetic diversity the Classic has few peers. It also featured the Moynet LM75, one of the artisanal prototypes that were such a feature of Le Mans throughout the 1970s. This wasn’t just a car I’d never previously seen, but one whose very existence I’d wholly forgotten.