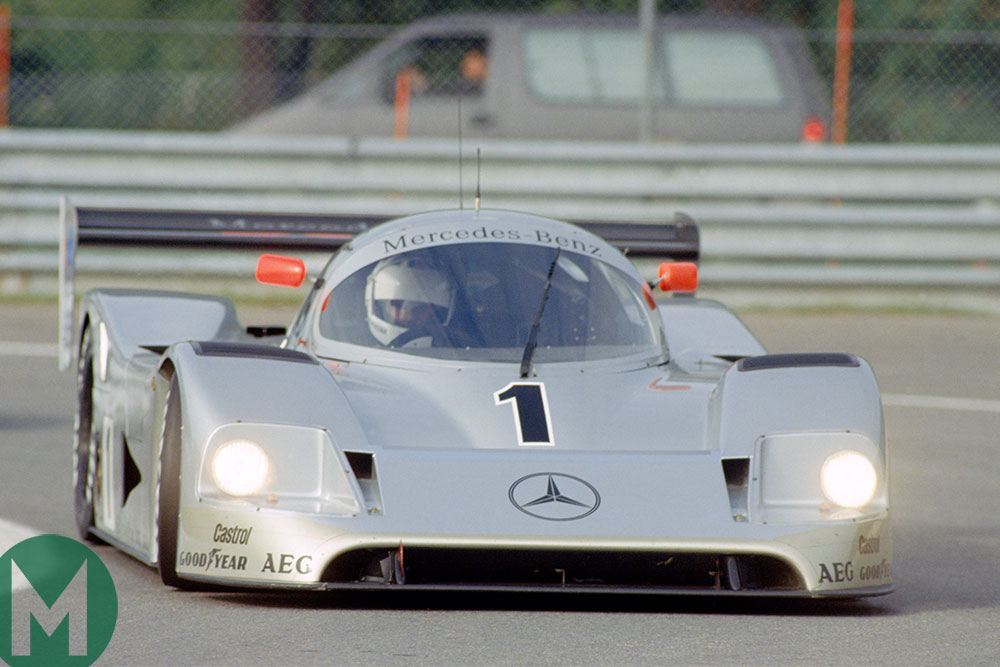 The event takes place on February 22-24 at Stoneleigh Park, near Birmingham.

Audi took 13 overall Le Mans victories in total, and it was with the R8Rs that it kicked off its effort, finishing third and fourth in the 1999 race despite gearbox problems.

After a string of successes, Audi made history when its R10 became the first diesel-powered winner of the event.

Adding to the Le Mans attraction at Race Retro is the Sauber Mercedes C11, which was the Mercedes’ last Group C prototype. It didn’t participate in the 1990 Le Mans as the race wasn’t part of the World Sportscar Championship but the car did sweep to that year’s championship honours.

C11s did however race in the following year’s Le Mans and ran in formation at the head of the field on Saturday evening, but delays for all meant fifth was its best finish – with that car’s line-up including a certain Michael Schumacher.

A Jaguar XJR-11 will also be part of the Group C attractions at Stoneleigh Park. It was introduced in the mid-part of the 1989 season, but was unreliable – then became obsolete with new regulations brought in for 1991. It never was entered at Le Mans, though it did take a race win at Silverstone in 1990.

These will form part of an exciting line-up of Le Mans racers with some very special displays planned, to celebrate the inimitable Le Mans event’s history which stretches back to 1923.

“The Le Mans 24 Hours is a motor race like no other,” said Race Retro’s acting show director Lee Masters.

“With a history stretching back almost 100 years it sits at the very pinnacle of motor sport, which is why we are very proud to be celebrating its legacy at this year’s show.”