There’s a future for sports cars without LMP1, according to Bart Hayden of Rebellion Racing 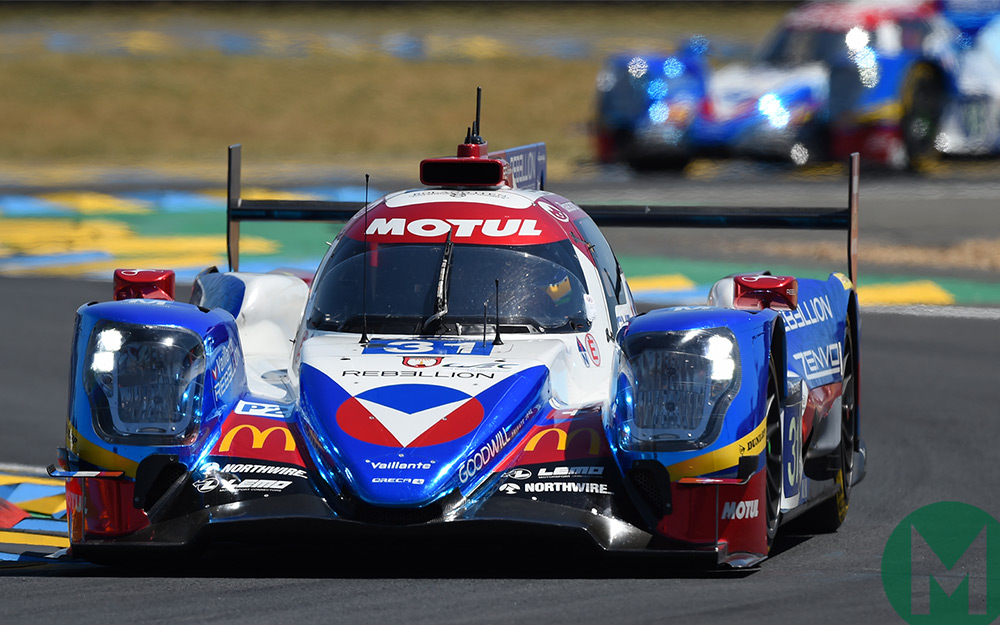 When Rebellion Racing switched from LMP1 to LMP2 alarm bells must have rung throughout the FIA and ACO. The flagging privateer ranks lost one of its two teams – arguably its strongest – and its future looked bleak.

The Swiss team had spent the best part of a decade in LMP1 but last year succumbed to the appeal of the new, faster LMP2s. But it came down to far more for team boss Bart Hayden, as he explained in a rare quiet corner of Motul’s hospitality overlooking the Le Mans startline last month.

Just a few days later it looked for all the world that the decision had been rewarded by an outright podium at Le Mans, something that had eluded the team while in LMP1. Come Sunday afternoon the team was celebrating third overall, second in class, but for less than 24 hours: the team was found to have modified its bodywork to get to the starter motor, not allowed in the spec-class rules.

The result bettered its previous best, fourth overall in 2012 and 2014. The latter was secured with the team’s own R-One LMP1 prototype, developed in 2013 in partnership with Oreca. But the French company’s attentions have naturally turned in favour of the more lucrative P2s and the potentially massive customer base. And the money Rebellion would have spent developing the R-One to simply be ahead of those new LMP2s, even if Oreca had released the R-One from its protective clutches, made it a difficult sell back at the Rebellion base.

Running the same car in 2017 was certainly not possible. “If what they were saying about the P2s was true I knew they were going to be bloody quick and we would be blown out of the water,” he says. “We would have been swamped by them. There’s no chance we would have shown the P2 cars a clean pair of heels and probably we would have been in everyone’s way because we would have been lightning fast down the straight and struggling round the corners.”

The FIA and ACO’s measures – more fuel, less weight – wouldn’t have been able to help much, either, he believes. The car was designed around very different requirements five years ago. The ByKolles, the last remaining privateer P1, has so far shown that to be true this year.

Nico Prost, who’s been with Rebellion since 2009, believes the new P2s to be similar to those P1s. “This [P2] is a very simple car. I didn’t need to learn the track again, with braking or turn in points, it’s more the tyres that I needed the time to adjust to.” 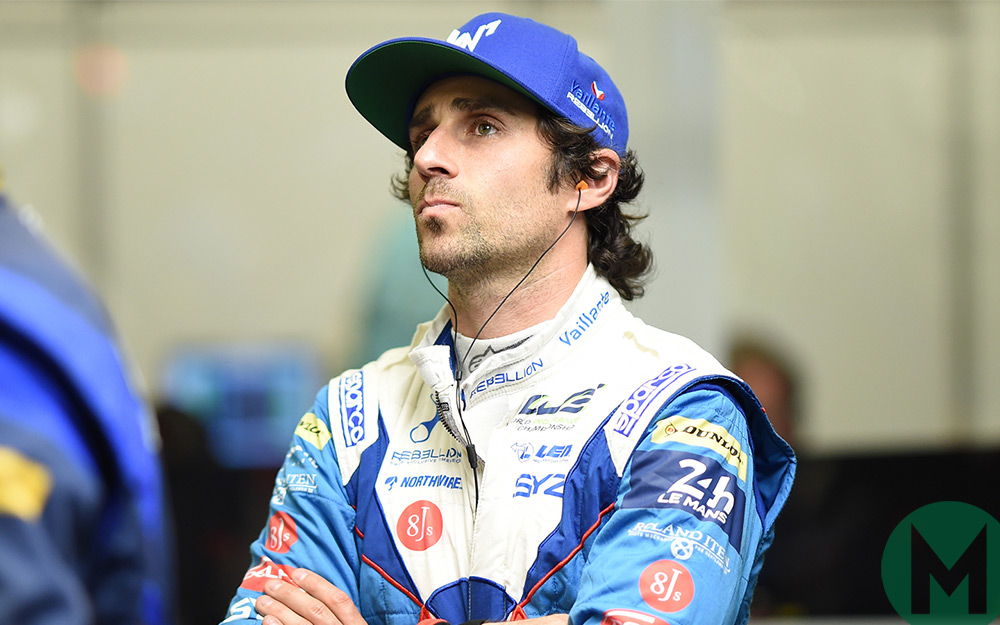 Pace and cost aside, dropping into the LMP2 class added a competitive element that has been alien to the team in recent years. Not only to the drivers but also the people behind the team, Rebellion Timepieces.

“What we saw at Silverstone and Spa earlier this season was that we were in a proper race,” says Hayden. “Calim [Bouhadra], who’s the vice president of Rebellion Timepieces and of the team, hadn’t really experienced real racing. He’d seen us in the privateer ranks so it was nice to see someone get so swept up by the emotions of the sport.”

Switching also allowed the team to return to the States for the first time since LMP1 stopped racing in IMSA. The LMP2s are up against a strong contingent of homebred Daytona Prototype international cars, LMP2 cars with manufacturer-based bodywork and open engine rules.

Balance of performance equals the cars out, and brings a cost-effective manufacturer programme into P2. It’s a class of professional drivers, too, so no messy driver grading disputes, and it’s a format Hayden is obviously keen on.

“Alexandre Pesci, Rebellion Timepieces founder and team principal, wanted to put together a Swiss dream team for Daytona and Sebring. We managed to get Sébastien Buemi and Neel Jani, who of course is alumni of Rebellion having driven in P1, and Seb is a brand ambassador. He was keen to have [Stephané] Sarrazin with us, and Nick [Heidfeld]. It’s just a shame the reliability wasn’t there. Neel stuck it on pole at Sebring, balance of performance was a bit skewed towards the Caddies at Daytona but to be fair we had our reliability problems. We suffered from new car problems that Caddy had ironed out in testing.

“The guys in Switzerland hadn’t been able to get involved when we raced there previously, they had watched it from home. The drivers, particularly Neel, was instrumental in saying they should come and be a part of it. So they did, they came to both races.”

Prost, who missed the cut when Rebellion returned to IMSA, is certainly keen for Rebellion to keep its presence there. “Sebring and Petit Le Mans are the most amazing races I’ve been in. People might not be happy but they’re better than Le Mans…”

He should get his wish, for America also offers opportunities for the team. Potentially so too for the WEC, in the grander scheme of things. But there are logistical issues for Rebellion that would require a US base, according to Hayden.

“It only takes two or three key personnel to say no and you’re into changing the dynamic of the team. At the moment, where we are and focusing on WEC as our only championship, doing the odd IMSA round is a good balance.

“If a manufacturer asked us to run a DPi in the future then we would be interested, but it would have to be under the right conditions, such as their involvement and expectations. It would be hard to turn down, but it’s not something were actively pursuing. We had some conversations, prior to the end of last year.

“Bringing DPis across to WEC would be a way of having manufacturers, new manufacturers, and budget-wise it wouldn’t be overly expensive. Unrestricted they could be in that gap between the hybrids and the P2s. It could be an interesting situation. Or you could balance them all and put them in with the P2s.”

Regardless, an injection of life is expected for the P1 privateer field when at least three new customer P1 chassis roll out for 2018, hopefully to plug that gap. If the rumoured projects come to fruition then the grid might tip into double figures.

But for Hayden, it’s going to be a tall order for the new cars to be in the gap between the P2s and the factory P1s.

“For me, the chassis suppliers are to a penny. The engine is the thing, and where the hell are you going to get one of those? Ginetta are talking about Mechachrome. If you’re against factories you need something special. If they’re not there, what are you aiming for? Just ahead of the P2s? Then that’s a different game. We’d long argued that whenever they cut back the Factories they don’t cut them back enough. This year is another example of that.

“A number of people have asked if we’re going to go back [to P1] but at the moment we’re so new in P2 that I almost feel like saying: ‘no, let’s do the job in P2 and see how the land lies in P1 from there.’”

During the 24 Hours of Le Mans, @MichelVaillant_‘s artists made an amazing work in real time. Enjoy it! pic.twitter.com/xdC9jWIoHT

That’s the great unknown in sports cars, currently. Question marks hang over not just the privateers but also the factories, and therefore the health and future of the World Endurance Championship. A new focus from the ACO and FIA on the GTE class hints at a potential direction.

“There are rumours about Porsche’s involvement, and what does that mean for Toyota and P1? They need to retain the interest of manufacturers, GTE-Pro is where the manufacturers want to be because of the relevance to the road cars. Then they might just let P1 or P2, whatever it is, just go its own way. Would it be healthy if Porsche did leave and P1 died a natural death?

“I’m sure the ACO is closer to the object of the rumour or the object than we are and are formulating a plan. I can see a direction where the focus for manufacturers is GT. And P2 is clearly booming, why shouldn’t P2 take over from P1? It would be a good way of controlling costs, and would give people the opportunity to pause and see if they wanted to do something different.”

“If the P1 guys did disappear, a pseudo P1 of P2s with full pro line-ups and then a class that enforced two ‘am’ drivers to give gentleman drivers a chance. One could envisage what Aston Martin do and have a pro car and an am car. That would fulfil some of the requirements some teams have regarding the way the budgets come together. It could be an interesting approach.”

Rebellion has proved with this move they are not constrained by the here and now, and the collaboration with Rebellion Timepieces leaves them able to focus on the serious stuff of winning; Switzerland takes care of the promotion and admin. That includes the recent tie-in with iconic comic book series Michel Vaillant – “Pesci is a big fan and I think that’s where one of his first interests in Le Mans came from” – that saw the team wrapped in commemorative livery.

Whatever happens with the World Endurance Championship, Rebellion and Hayden will most likely be near the forefront of it, if not pushing it. 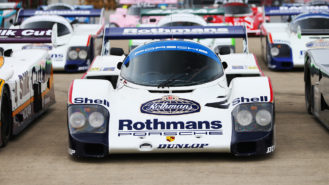