Having graduated from Gran Turismo’s Academy less than a decade ago, Jann Mardenborough is making his own name in Japan’s Super GT series against the likes of Jenson Button 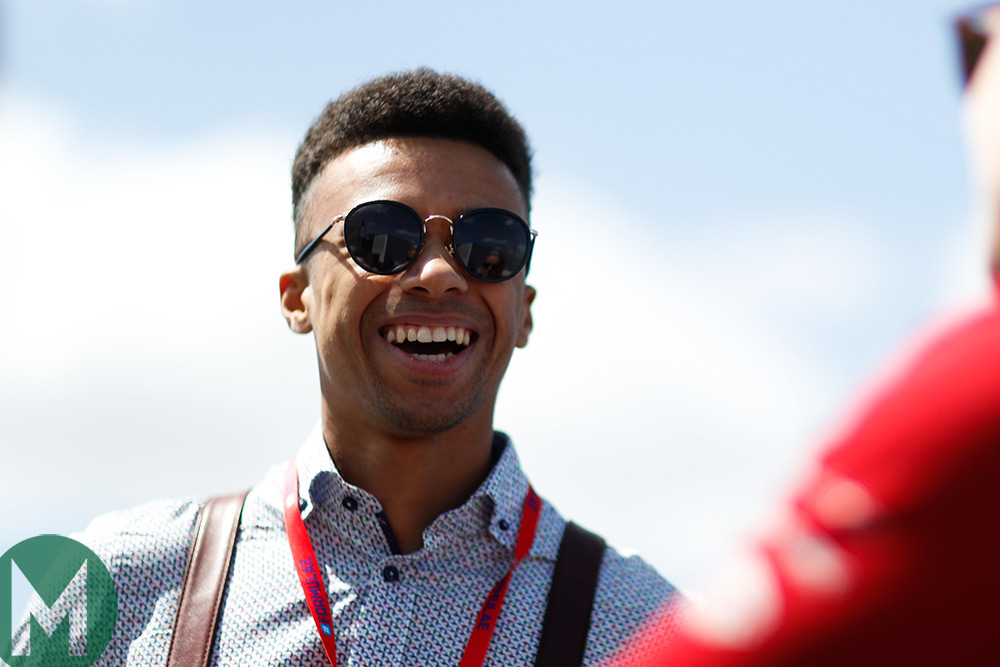 Life is good for Jann Mardenborough. He’s all but shaken off his gamer-to-racer tag and steadily building a career for himself away from the European eye in Japan’s Super GT and Super Formula series.

The cars are fast, the circuits unforgivingly old school and the racing is excellent. The weather? Less so.

But more importantly, in Super GT he’s pitting his skills against many who once took to the Formula 1 grid and a world championship winner: Jenson Button.

“I watched these guys on TV before I was even racing,” Mardenborough says. “I’m now going head to head with Heikki [Kovalainen], [Kamui] Kobayashi, Jenson; it’s mega. Even in the pitlane we have ex-F1 guys managing teams. There’s so much speed and knowledge in this championship, which shows how good a place it is to be. It’s cool to race against them.”

Jenson Button’s much-anticipated announcement in December that he was to do a season racing in Japan’s biggest GT championship came as no surprise, that he is to do Le Mans somewhat did.

Mardenborough, who scored an LMP2 Le Mans podium in 2013, finished fifth a year later and returned for a less successful tilt in the ill-fated Nissan LMP1, believes Button is being given the ideal preparation ahead of Le Mans by racing in Super GT.

“The traffic in Super GT is a good experience for Le Mans, and if anything, it’s a bit easier there because the track is so big. We GT500 cars are overtaking the GT300s by lap seven, and you’ll have cars five wide in places on these tiny tracks.

“He was a bit surprised preseason in testing about so many cars being on track, but he has certainly proved already that he can deal with the traffic by finishing second at Okayama.”

“A few Super GT cars went to a test at Hockenheim with the DTM cars, it wasn’t officially timed but a few people had their stopwatches out and there was a big difference in times. We just have a lot more power, though the downforce levels are quite similar, the tyres do make a big difference, and we have development all through the year.

“Even compared to LMP2 the downforce and power is just another step up. I don’t know what it’s like now but I think we’d give them a run for their money.”

A return to Le Mans and the World Endurance Championship was never on the table for Welshman Mardenborough this year, being too busy chasing – and missing out on – a Super Formula deal put paid to that, which he understandably laments.

“I was holding off and hoping I was going to be in Super Formula. That meant I had no chance to speak to other teams, which was maybe an error. Next year, for sure, I’ll be wanting other opportunities. I want to race as much as I can. I love racing in different categories and I’m kind of always looking.

“I definitely want to do more in America, I’ve only done one race over there. If I could in more stuff that didn’t clash I would.”

But as the much-publicised moving of WEC’s Fuji round showed – when the race was moved to avoid a Grand Prix, only to then clash with a round of Super GT – Super GT and WEC’s calendars haven’t been plotted with each in mind.

As a result, Button’s own WEC debut comes at the biggest race of them all, Le Mans, rather than this weekend’s Spa. Instead he and Mardenborough will be going head to head at Fuji.

If the downside of this year has been the double disappointment of missing out on a Super Formula drive and also the possibility of being in contention for a WEC drive, the upshot is focusing on Japan’s special GT cars.

“The cars are super quick, super loud and the racing’s ace. Coming out of the pits, there are no tyre warmers, so you have no grip for a lap and half. It takes proper skill and is quite eye-opening when you first drive a GT500 car on a track in single-digit temperatures. It’s like driving on an ice rink.

“The circuits are so brilliant, we go to places like Sugo and Suzuka, and Autopolis is a cool track too. It’s an old-school track, everything is period, and if you make a mistake it’s just grass, gravel, barrier. There’s no runoff.”

Yet the target, or dream at least, is still F1. But he’s realistic and seemingly aware of the difficulty and unlikeliness of that. Pierre Gasly and Stoffel Vandoorne’s recent graduation from Super Formula was more of an experience-building exercise in single-seaters with near-F1 speeds and downforce, rather than being a direct graduation as such. It was a stop off on the path to a pre-destined F1 seat for them, a luxury not afforded to the 26-year-old.

“I’m not blinkered, but it’s the dream. I’m a professional racing driver, so to reach the top of the sport is always the aim. I want a long and successful career into my late 40s, that’s my target, but if an F1 drive came up I’d, of course, grab it.”