1965 was the only year that Sir Jackie Stewart raced at Le Mans. Paired with Graham Hill, in a Rover BRM gas turbine ‘jet car’, it was one to remember. 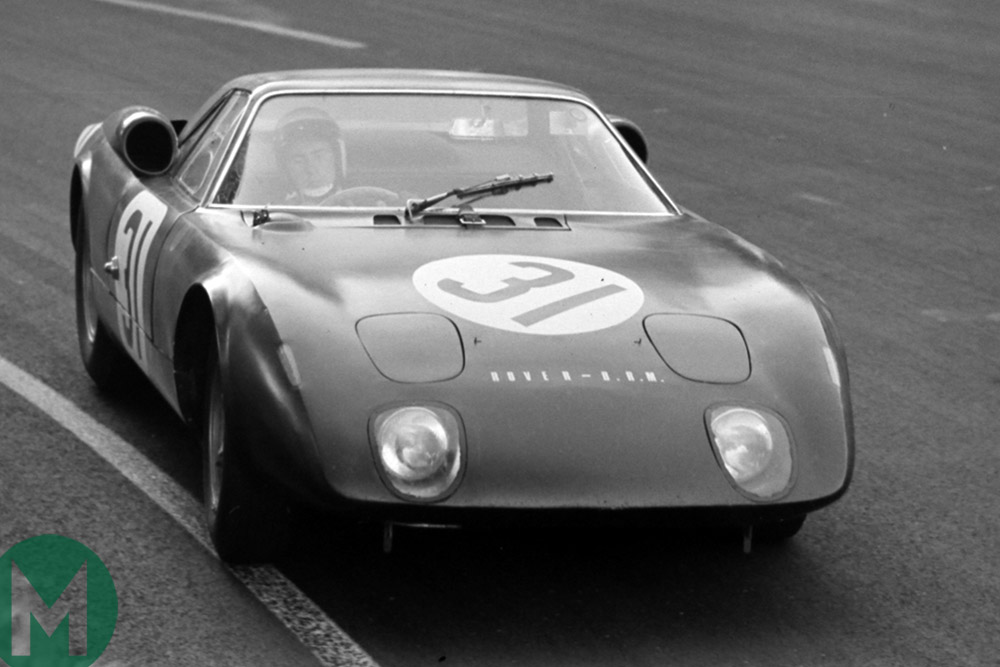 Jackie Stewart at the wheel of the Rover-BRM Photo: Motorsport Images

Jackie Stewart describes the mid-1960s as a “rocket ship” to the top: 1964 was his first year racing in single-seaters, and he won the F3 Championship, as well as an F2 race.

By mid-1965, he was in his maiden Formula 1 season, when he leapt from the rocket car to make his debut at the Le Mans 24 Hours – at the controls of a ‘jet car’.

Don’t, however, let that fool you: a Spitfire of the Triumph variety would overtake him at one point.

“That would have been under acceleration,” explains Stewart, who turned 80 this week. “Once you got it wound up, it was quite quick. It was pretty good aerodynamically.”

The ‘it’ he refers to is the Rover-BRM gas-turbine that he shared with Formula 1 team-mate Graham Hill.

“We realised in practice how slow it was going to be and jokingly agreed that whoever lost the toss would start, stick it in the sandbank at the end of the Mulsanne Straight, shovel sand down the intake, and drive back to the pits,” says Stewart.

“And ‘Grandad’ lost the toss. 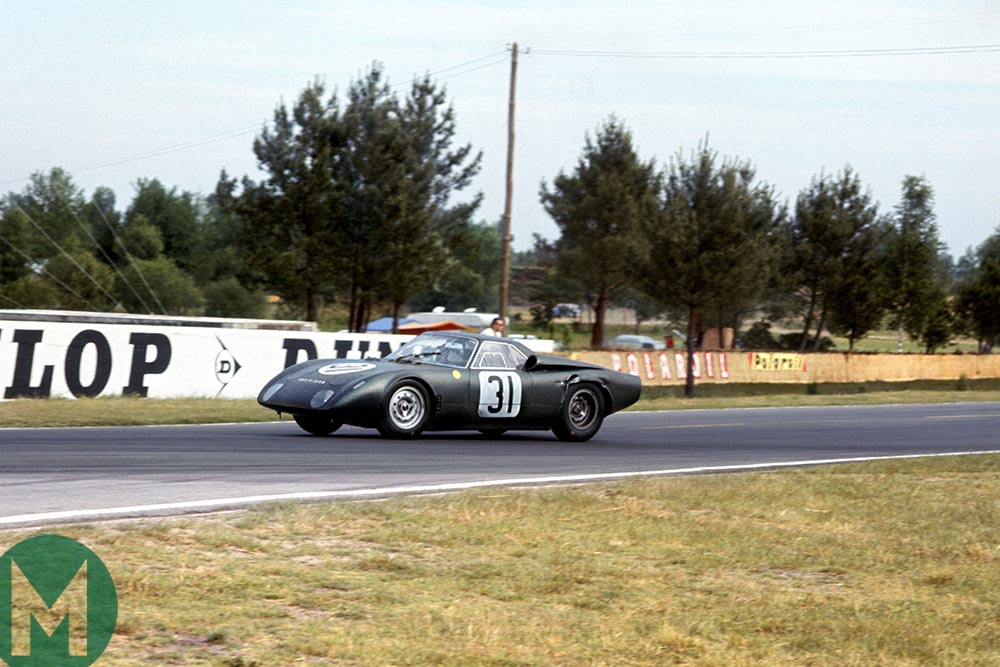 “Of course, Graham was BRM’s number one driver and so it was entirely appropriate that he should undertake the opening stint.

“But then, not intentionally of course, he actually did that: ran wide, and sand damaged some of the turbine’s blades. Overheating by the first stop, we were forced to progressively detune it.”

The car had just 150bhp to begin with, which was less than half the power of the race-winning Ferrari 250 LM.

Stewart said: “Towards the end, my good friend Jochen Rindt, who went on to win, was passing me every three laps or so. You can imagine his hand signals as he roared past in his Ferrari.

“A long and winding road. It felt like a lot more than 24 hours.” 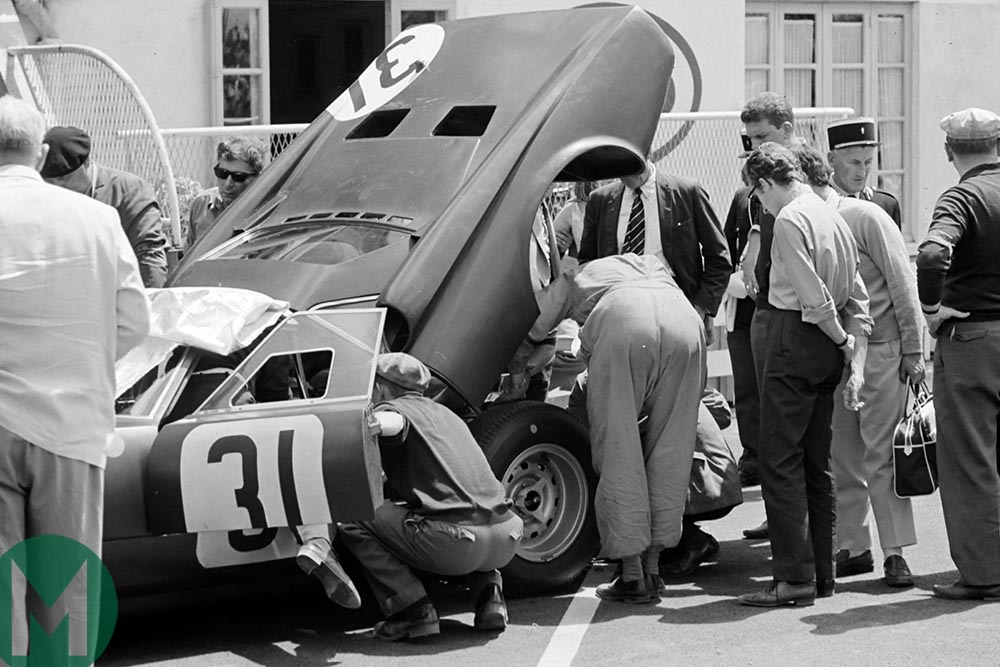 Overheating meant that the car had to be progressively detuned Photo: Motorsport Images

The hobbled machine survived to complete 284 laps – 2371 miles – to be classified 10th and collect the Motor prize for the first British car home.

But the class-winning Porsche 904/6 was fully 52 laps ahead, and the best-placed Spitfire just 10 behind.

In fairness to the Rover-BRM, it had performed considerably better – in terms of speed, if not thermal efficiency – in its original spyder form of 1963, in the hands of Hill and his then-F1 team-mate Richie Ginther.

Its 3600km target achieved with more than two hours to spare, only seven others topped its eventual 2539 miles. But ‘OO’ experimental status precluded it from the official results.

Though mildly bemused by its many quirks, Hill was impressed by its handling: “I think I was going through White House quicker in that car than in any I have driven at Le Mans,” he wrote in Life at the Limit. “It really was amazing. We hardly had to back off and it whistled through at a hell of a speed.” 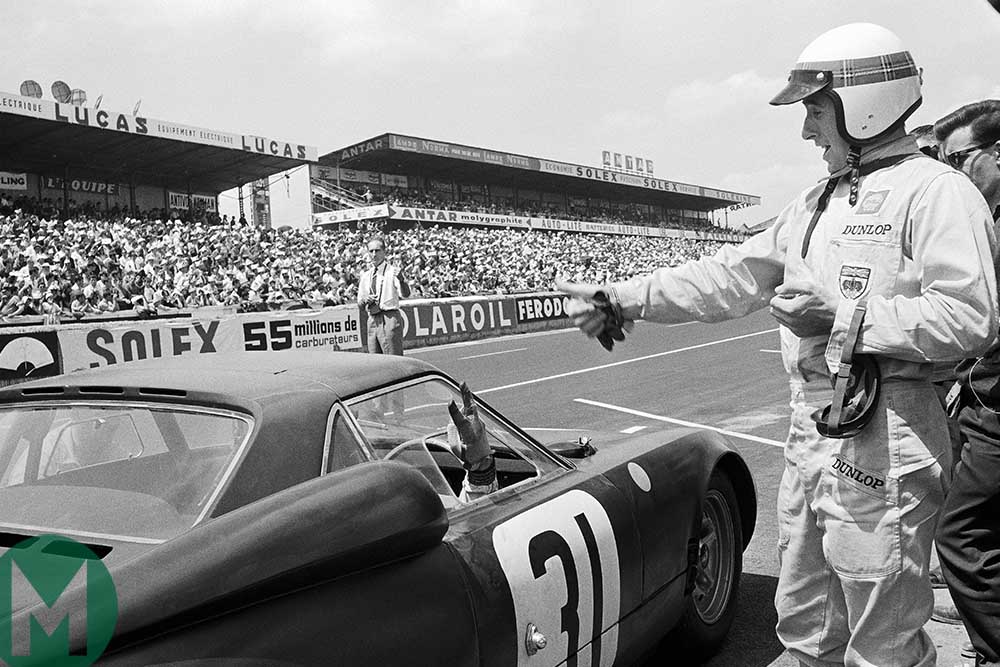 Hill gives a distinctive farewell as he leaves the pits Photo: Motorsport Images

Even Motor Sport’s Denis Jenkinson, a journalist not easily impressed, noted how the car finished in immaculate condition still, and running as strongly as it had been at the start.

Less impressive was its 6.97mpg.

This wasn’t a problem given a fuel (kerosene) allocation double that of petrol-engined cars’. But improvement was necessary if it wanted to compete on equal terms.

The 1965 version, clothed with a pretty aluminium coupé body styled by Rover’s David Bache, was entered in the 2-litre GT Prototype category and thus received no such concession.

To facilitate this, the engine had been fitted with two glass-ceramic discs of honeycomb construction, by Corning. Driven mechanically and rotating slowly – at no more than 20rpm – these pre-heated the inlet charge using exhaust gas.

This process knocked back power a tad while halving consumption: to 13.51mpg in 1965. 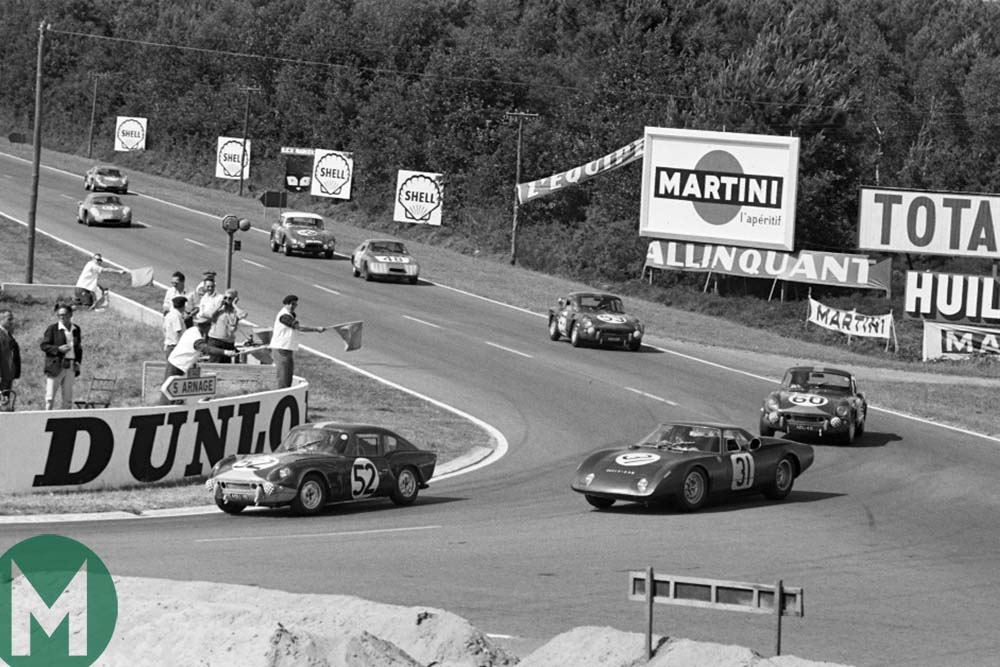 The Rover-BRM was vulnerable even to a Triumph Spitfire under acceleration Photo: Motorsport Images

The car would have run in this form in 1964 had not its Land-Rover tow vehicle been forced to swerve while returning from April’s official Test Day, causing the trailer to jackknife and roll.

That battered chassis was based on the original P57 F1 car that Ginther had crashed at the start of the 1962 Monaco Grand Prix. It was cut width-wise to accommodate the twin-shaft turbine and lengthways so as to be widened to two-seater form.

“It would have been different had BRM developed it rather than Rover,” says Stewart. “It was pretty boring, to be honest. Yet you had to concentrate really hard.

“Braking was the biggest challenge. There was no engine-braking. None of that feel you get from going down the gears; it was a single-speed. So it was difficult to judge deceleration.

“And you had to be on the brake pedal [big enough to accommodate either – or both! – feet] and the gas pedal [a ‘button’ with an eighth-inch of travel] at the same time because the turbine took a while to wind up. Massive lag: 2-3sec.

“So there were occasions when the front brakes would be locked and the rear wheels spinning. I think that’s what happened to Graham on the first lap.” 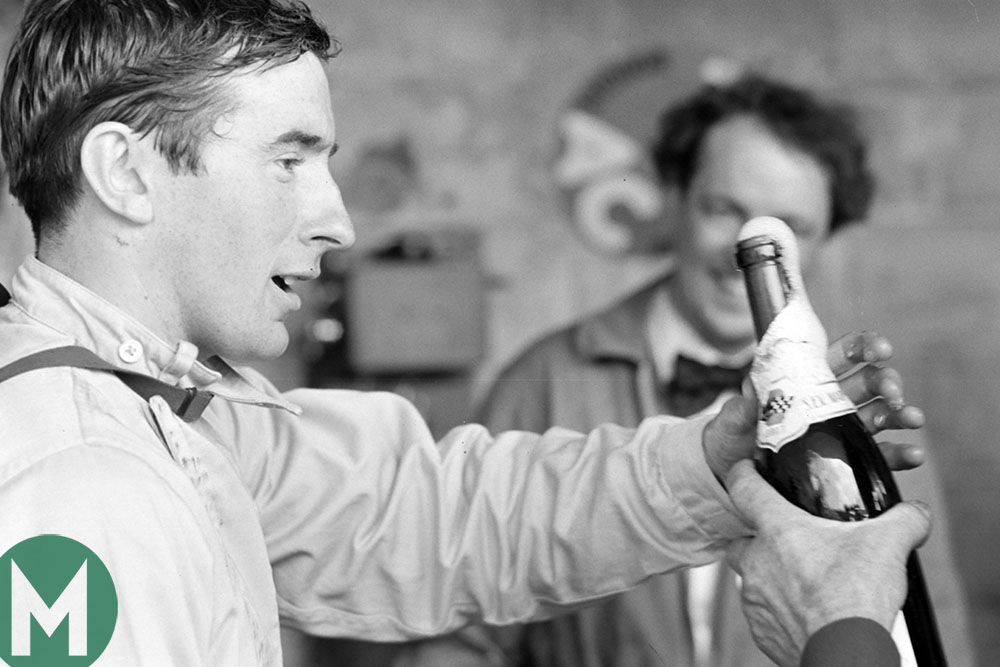 Post-race inspection discovered that engine vanes had been indeed been cracked and bent by a foreign body; some had been lost entirely. One of the ceramic discs had been scored, too.

Suffice to say that Stewart was relieved to jump back aboard his ‘rocket ship’.

The following weekend, he finished second to Jim Clark’s Lotus in the French GP at Clermont-Ferrand. And in September, he would score his maiden world championship victory: an astonishingly mature performance amid the hurly-burly of a Monza slipstreamer.

Le Mans and he were never a happy fit, in truth.

He had been the reserve driver (not called upon) for Maranello Concessionaires’ Ferrari 250GTO/64 in 1964, and his plan to share an Alan Mann Racing Ford GT40 MkII with Hill in 1966 was banjaxed by injuries sustained in his Damascene crash at the Belgian GP.

The thrill, newsworthiness and remuneration of co-driving Steve McQueen in a Porsche 917 in 1970 might have tempted him to turn a blind eye to the perils of pulling 250mph on a tree-lined, two-lane public road. But given that race’s monsoon conditions, one imagines him relieved that the film star’s fanciful notion had come to naught.

And so he tackled Le Mans just the once. Oddly, memorably.