On the eve of the GT World Challenge Europe ’22 campaign commencing at Imola this weekend, Sky Tempesta Racing pulled the covers off of its car, sparkling white with familiar purple and blue trim at the team’s launch event.

The scenes looked familiar in all the ways you’d expect a livery reveal to be, shiny cloth slowly drawn back, photographers fighting for the best angles. It was all as expected except for the fact that what was uncovered was a Mercedes GT3 Evo rather than the Ferrari 488 GT3 of last season.

Obviously the silhouette was a bit of a giveaway but what isn’t so instantly obvious is the main reason behind the switch. You might think that the performance differences would be key to the decision but, in the world of GT racing, where cars are closely-matched but funding ever-scarce, it was actually Mercedes’ extensive hospitality packages and VIP opportunities that swung it for the German firm.

It was a prospect too good to pass up for the Tempesta team according to team founder and one of its three drivers, Chris Froggatt.

“Let’s say it’s really actually why we made the change,” he told Motor Sport at the team’s launch. “At the end of last year, we looked at what can we really do with Sky Tempesta Racing and outside of racing, in 2021, we missed a lot of experiences that we could give away to guests.

“A big part of what we do is giving away tickets to people to come to races, experiences, hot lap days, simulators and all sorts of things around motor sport. That had become our foundation but how can we push ourselves further? What else can we do in and around motor sport? I really want to grow the team more. Who can we partner with to give more to Sky customers, our friends and family of the team, that sort of thing?

“Mercedes was really the best choice when I looked at what facilities brands had available, and what we could do with those facilities. So take for example, Mercedes-Benz and Brooklands where we’re sat now, we’re looking at building out a programme with them for Sky VIPs throughout the year to come and do masterclass driving sessions. So that was one more step of what we can offer.” 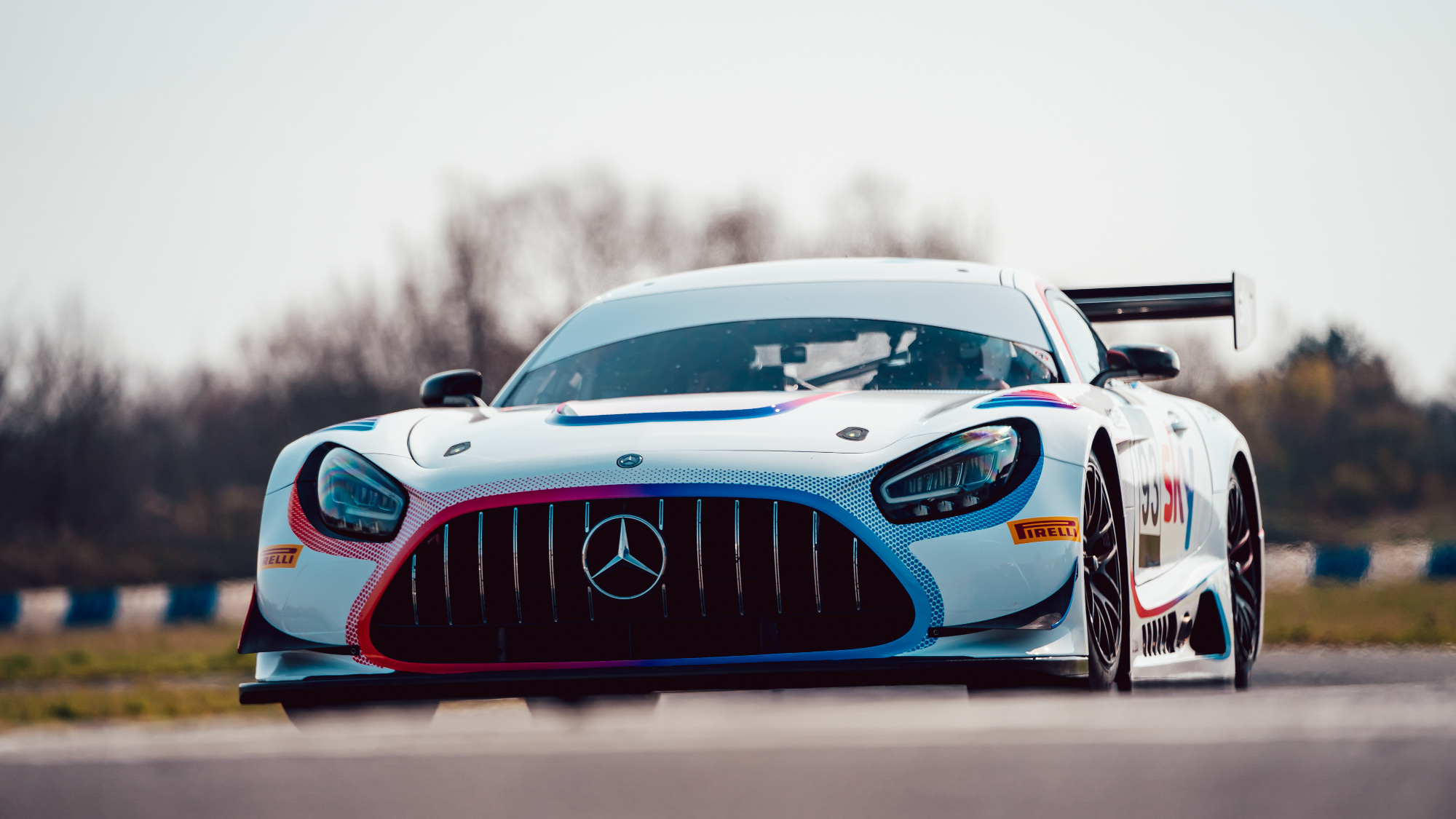 The team kicks off its 2022 campaign at Imola this weekend

It’s not just VIPs and customers that are willing to spend money on race weekends and events who will benefit from the switch.

Mercedes’ F1 team has its own junior motor sports programme but Tempesta’s aspirations extend to offering those hopeful young drivers a route into the sport as well as those that want to be involved in the engineering side of things.

“The next stages and the reason we moved to Mercedes was around this raising of awareness and how we engage people further. Motor sport is a relatively niche sport so it was what experiences can we give to people in the UK that will spark their interest in motor sport?

“Looking into grassroots motor sport, how we can support up and coming drivers or even drivers that don’t have the opportunity to drive at all? So we’re going to be giving away a portion of our prize money this year towards essentially a fund to support for the next year. A few drivers in karting, even Bambino karting, to give people the absolute grassroots entry point. We’re looking at engineering courses, how we can offer engineering courses for people that really don’t potentially understand that they might have this interest in GT racing.”

The team’s Mercedes is a new machine for the three-man line-up comprised of Eddie Cheever III, Jonathan Hui and Froggatt. The trio have been team-mates since 2020 but have exclusively driven Ferrari’s 488 GT3 since.

Last year, they claimed the Pro/Am Cup teams’ honours, with victory at the Circuit Paul Ricard 1000km along the way.

You might expect that acclimatising to a new car and new engineering team in Group M might reset expectations a bit but that is far from the case.

It’s all change as efforts have been refocused but expectations of winning the championship remain.

“We hope to win. Don’t get me wrong, this new category – the Gold Cup – is extremely competitive,” Froggatt explained. “There are some very good driver line-ups, but we have the advantage, at least from a driver’s perspective, having worked together for the last three years. That’s hugely valuable.” 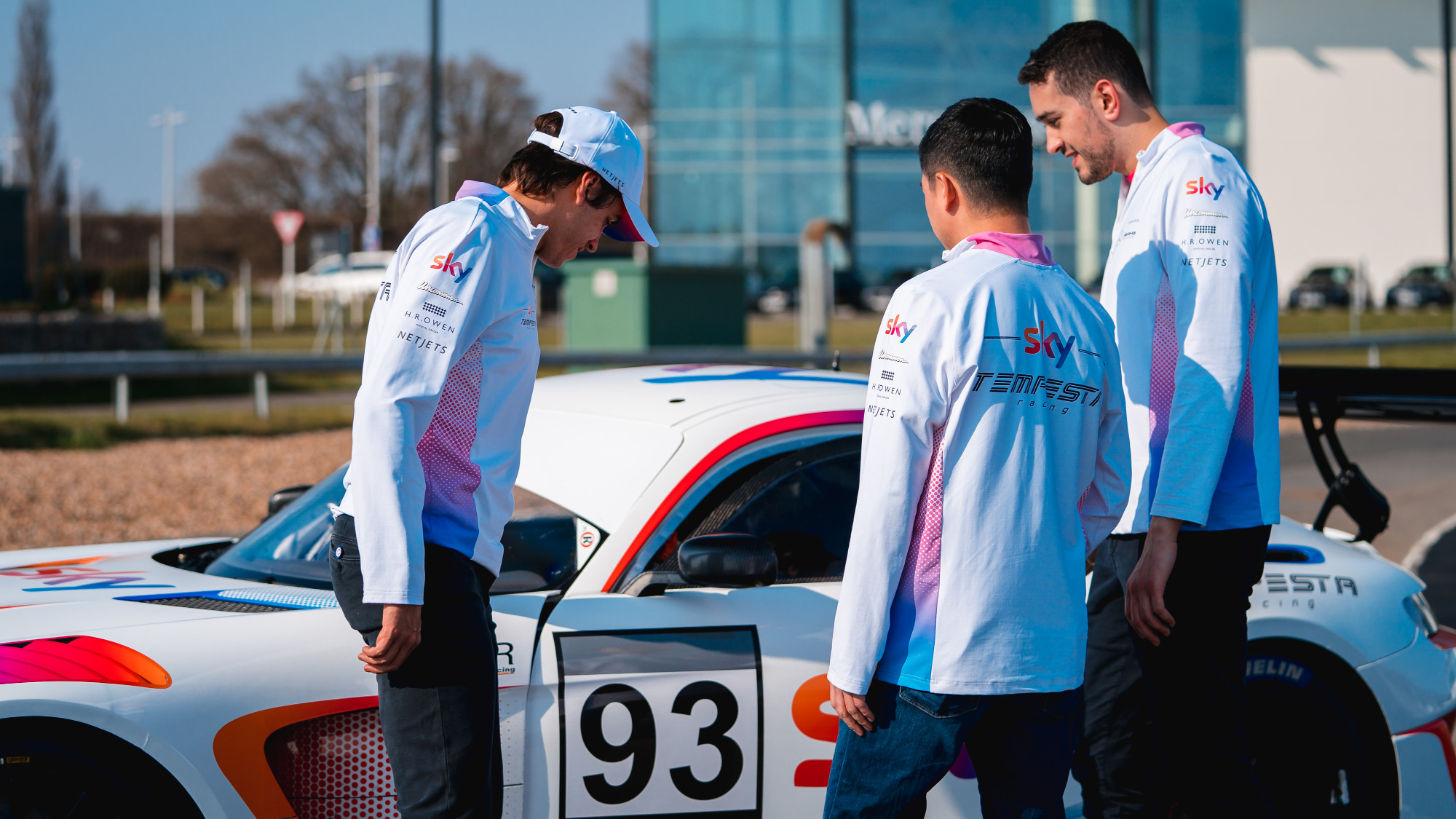 Cheever (left), Hui and Froggatt (right) get familiarised with their new car

Changing car after growing so familiar with the Ferrari is a risky move but one that has the potential to elevate performance and produce results in a different way according to Froggatt.

The ability to engage with VIPs has been the main reason behind the change but it comes with new obstacles for the drivers to overcome.

Differences between the Ferrari and Mercedes are vast and will require a relearning of how to get the most out of the machine.

Mercedes’ GT3 Evo is much heavier and far less ‘pointy’ as Froggatt describes but there are plenty of plus points too.

“The Mercedes is a much friendlier car to drive – what I mean by friendlier is it’s not necessarily easier, I would actually say for a thoroughbred racing driver that’s probably used to Formula cars and really high downforce, pointy cars, it’s actually counterintuitive. 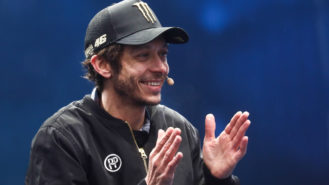 “A friend of mine says it’s a man not a woman – can’t multitask. It’s very much about single inputs, but in the same way, it’s much easier then once you understand how to drive the car.

“Sprint racing, I can see that potentially where we would struggle. I think a car which is set-up with more front bias, a lot more happy to rotate might be a better car for some of the sprint tracks, the Ferrari will do better. And historically, I mean, we did very well last year with a Ferrari there, it was quick car.

“The Mercedes is a workhorse at the end of the day. It’s not the newest car on the grid, but it’s extremely reliable, it runs consistently almost faultless, touch wood, so that’s the really attractive side of it.”

There’s also the personal challenge of driving a Mercedes. The team-mates have driven Ferrari 488s exclusively since joining forces in the series and Froggatt himself hasn’t been at the wheel of any other brand of GT car during his career.

“As a tall guy, I’m six foot three, the Mercedes has a lot more physical space for me which is really crucial when you’re looking at the Paul Ricard and Spa races.

“I always have a little lower back issues. I get through the races and I compete well, but then my recovery is a lot longer afterwards simply because of the fatiguing in the Ferrari. The Mercedes is designed in this very clever way, it’s got sort of a carbon safety cell where the seat is completely moulded to you and you’re almost lying down. The brake pedal is directly in front of your foot where it should be, the Ferrari’s is offset. In the Ferrari you’re kind of 90-degrees up right, so that’s a big change that we’ve noticed immediately.”

Beyond this season’s GT World Challenge campaign, Tempesta has its sights firmly on the World Endurance Championship and Le Mans. 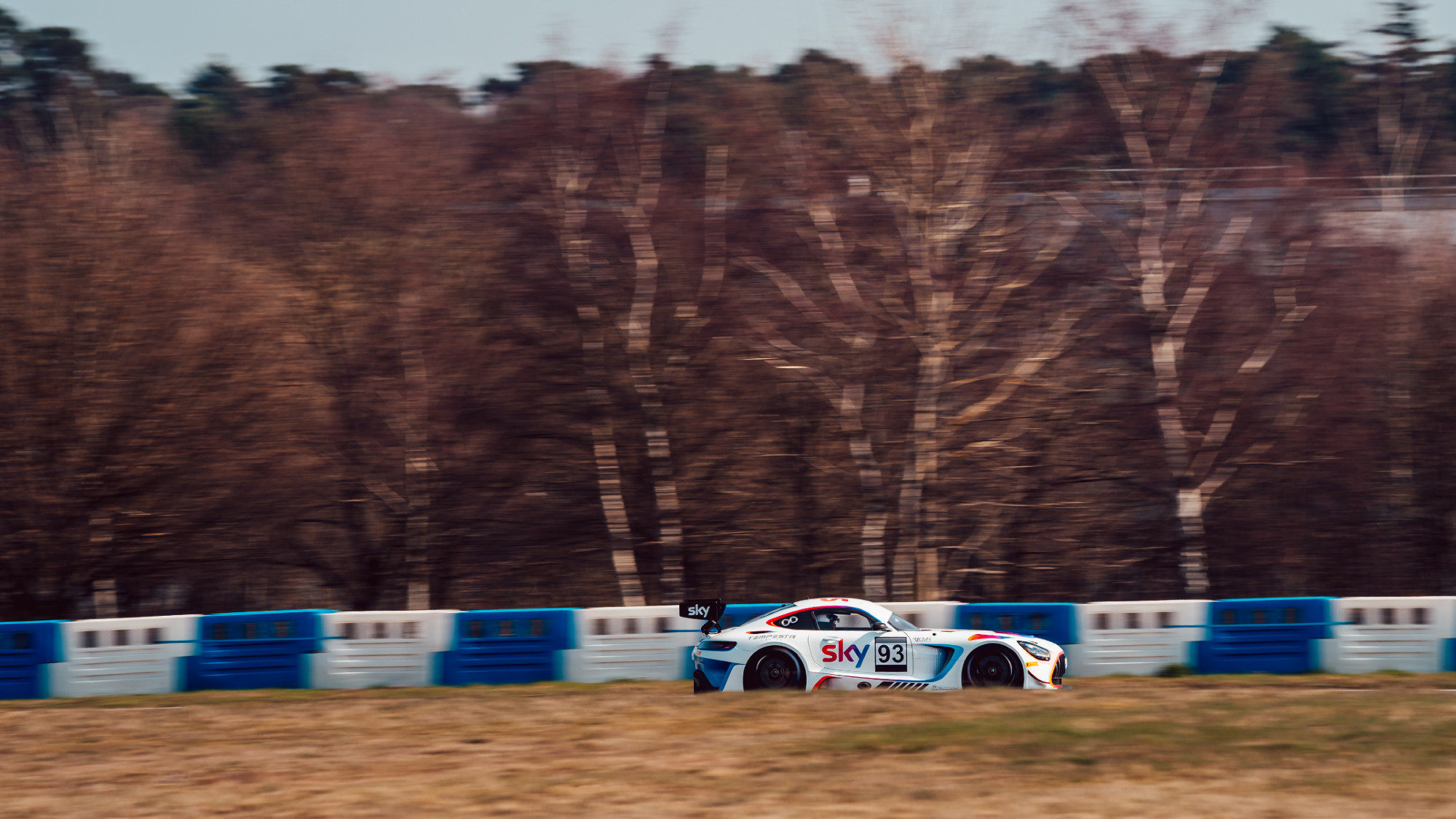 With the series opening up to GT3 entries, the Sky team is hoping to become one of those selected to join the championship and compete in endurance racing’s biggest event.

“I’d love to make that happen in 2023. I think that relies on of course being able to get an entry. You know, of course, it’s going to now it’s opened up to GT3, it’s going to be extremely competitive to get entries because now there’s a whole world of teams that you’re going to compete in that.

“So given that we can get an entry. I’d like to say you’ll see us not just at Le Mans but in the World Endurance Championship with the same goal, engaging people and raising awareness by the content that we produce.

“That’s a very important side of what we do differently to other teams. it’s not just about racing. It’s how we can also help raise awareness for the sport.”