Racing on these Portuguese streets has survived war, a revolution and many crises to stand the test of time. 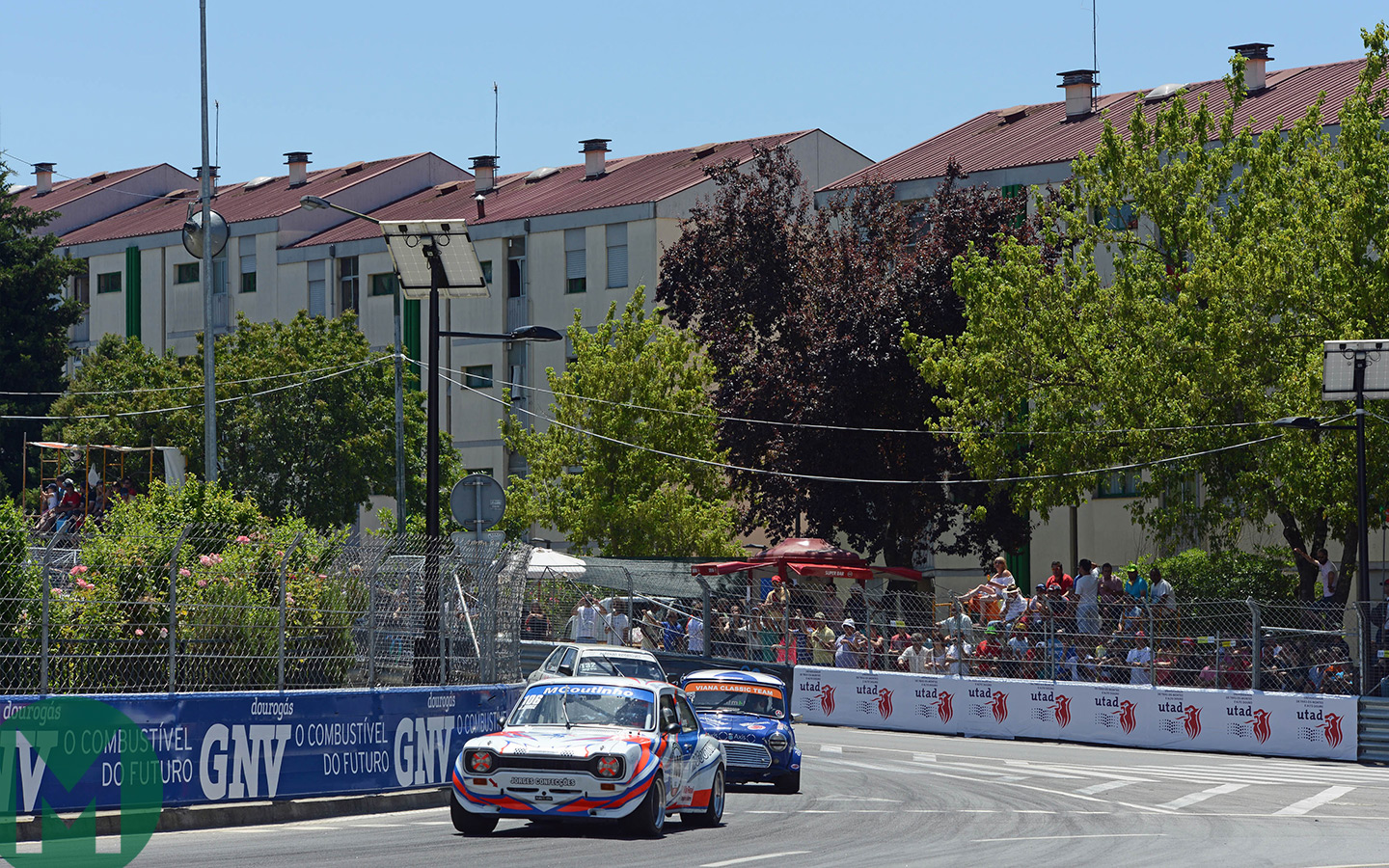 Twenty-seven blind corners taken at speeds of up to 150mph, two railway crossings, two bridges – one with a 150ft drop – and a small jump. This was the formidable, terrifying character of the old 4.4-mile circuit at Vila Real. It still hosts international motor sport on an only-slightly-less-daunting 2.8-mile layout that includes much of the old loop.

Richard Heseltine retraced the old circuit in 2006. ‘Alongside the old grandstand, accelerate along the straight – now blighted by roundabouts – before a steep descent to your right. Follow sharp left and right turns before the Timpeira stone bridge: you are officially out of town,’ he wrote.

Crossing the railway for the first time the track opens up onto a free-flowing, ultra-fast section that climbs towards the grand Mateus Palace.

‘Then comes the hairy part: the descent.’

At ridiculous speeds through house-lined stonewalled sweepers, the cars would reach maximum speed on this downhill run before braking hard into a harsh left, narrowing through a complex of tight lefts and rights and cutting back across the railway. ‘Very narrow, very tricky,’ was Helseltine’s analysis of this section, which in the past would have taken in the famous metal bridge.

‘Exiting, turn right where on the inside used to be a shop selling sausages.’ Relevant, because the first races at the circuit were financed by levying a tax on meat sales, just one of many unconventional tales in the history of this proudly different circuit.

‘Now you’re back in the centre of Vila Real, with only an uphill short stretch to the finish,’ Helseltine said, concluding his lap.

Racing on the streets of Vila Real in 1986

Strung through the north Portuguese hillsides, the streets of Vila Real have hosted motor racing on and off since 1931 – that’s just two years after Monaco first hosted its Grand Prix. First held as part of the town’s annual festivities, every local business contributed something towards the first races, be it tins of Castrol oil or coffee mugs as prizes. The first race attracted a less-than-spectacular 10 entries to contest 20 laps of the 4.4-mile track – not that the spectators saw much of it: contrails of dust from these sleepy streets made visibility an issue. Beginning with a Le Mans-style start inspired by events at Brooklands, the victors were Gaspar Sameiro and Ercilio Barbosa in their Ford Model A. So successful was this plucky little event that it was quickly established as an annual fixture.

In the following years Vila Real’s test rose to prominence on the sports car racing scene and a strong international contingent arrived each year to take on the talented locals on their own streets. Among them were Italian aces and Mille Miglia stars Piero Carini and Giovanni Bracco, who raced wheel-to-wheel with local heroes Vasco Sameiro and Casimiro de Oliveira. War forced the first of many breaks in the circuit’s fluctuating history but it returned in the ’50s with vengeance. Maria Teresa de Filippis and Stirling Moss came to challenge, the latter leading home a Maserati clean sweep in 1958 ahead of Jean Behra, while soon-to-be F1 racer Mário Veloso de Araújo Cabral upheld Portuguese pride by clinching the production sports car win in his Mercedes 300SL.

Then racing again came to an abrupt halt and it wasn’t until 1966 that it returned, but here began what was undoubtedly the golden age of racing on the streets of Vila Real. Every year the circuit was swamped with native talent and aspiring international drivers looking to make a name for themselves and while the circuit had changed slightly, it now hosted four sports car races, saloons, F3 and motorcycles in front of huge, passionate crowds.

Such was the popularity of the circuit’s sports car races that single-seaters were dropped for 1969 in place of a ‘Six Hours of Vila Real’ and the organisers must have felt vindicated when a Porsche 908, Lola T70 and GT40 with world-class talent took the start at the front ahead of 25 other entries. The race was a scorcher, so hot in fact that the car of Alain de Cadenet caught fire, but there was solace: his ex-factory Porsche 908 clinched the win in the hands of F1 drivers David Piper and Chris Craft in a race that ended with a large post-race fracas in Parc fermé.

Each year the prestige of the cars and drivers who came to take on these formidable streets increased, and in 1970 local hero Jose Cabral turned up in David Piper’s Le Mans-spec Porsche 917, 20 years after he’d won at the track in an Allard Kl. Three years on and Carlos Gaspar went even quicker – 9kph a lap quicker – in his Lola T292. His lap record was never beaten.

Then external affairs intervened again. An oil crisis and revolution brought the ecstasy of road racing’s golden age to a sudden and crushing end. This marked the end of a very special era.

Willie Green, who with Johnny Blades tackled the race in 1969, recalled: “Racing at Vila Real was among the happiest times I’ve had in motor sport, there was a wonderful atmosphere. It was a bit like going back in time by about 100 years. I remember seeing women doing their washing in a stream. The people were nice and friendly and it was an amazing circuit. Very, very fast away from the town, but the viaduct we went over was very narrow. If you broke down there was no way another car could get past. Real road racing was coming to an end by then, so I’m pleased I got the chance to compete on such a circuit.”

Team-mate Blades agreed. “It was insane but what a track. Vila Real was a real driver’s circuit and you had to be very, very brave. I’m just glad that I survived! What I liked most was the camaraderie among the entrants. Oh, and the Mateus Rosé of course. I remember one driver, whom I’d better not name, had a hidden tank in his car to carry some home! It was a different world.” 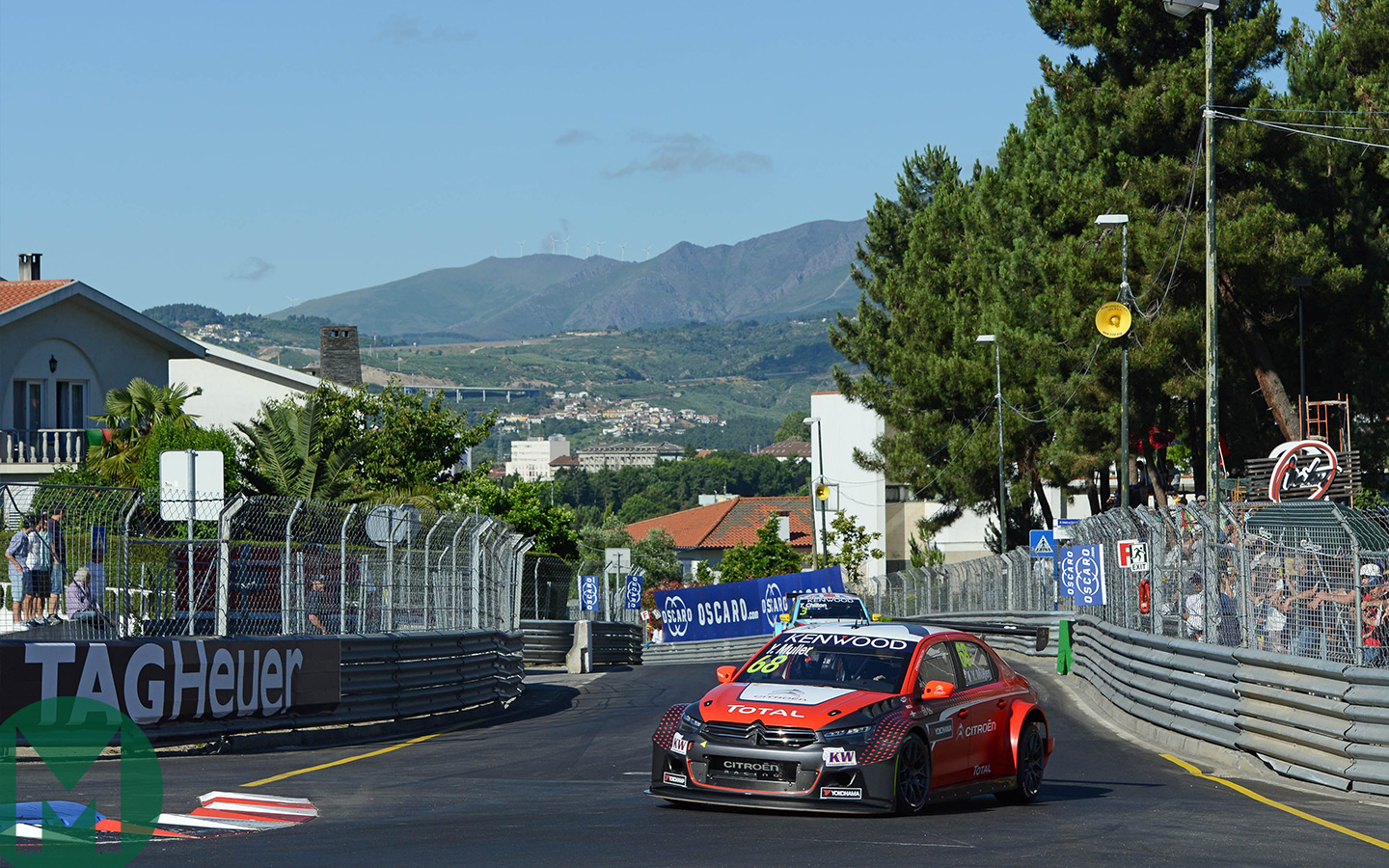 Racing returned intermittently to Vila Real until deep recession during the global financial crash of some 10 years ago seemed to seal the circuit’s fate for good. But then, from nowhere, it was back. Hosting a race of international status for the first time, the arrival of the World Touring Cars in 2015 began writing the next chapter in this plucky circuit’s very turbulent and tumultuous history. Although many of the circuit’s original features are now dwarfed by office buildings and street furniture, it retains a quintessentially unique charm.

Passionate crowds still pack the rooftops and line the trackside, cars still top 150mph on the final downhill stretch, the atmosphere and camaraderie remains second-to-none, a boisterous crowd still watches local heroes like Tiago Monteiro take on the international challengers (he won the WTCC main race last year) and overtaking remains something to be desired.

But in Vila Real’s habitually unique way, organisers have come up with a way of tackling that challenge too. At this weekend’s World Touring Car Championship race meeting, an untested rallycross-style joker lap will feature in an attempt to spice up the race action and introduce more overtaking – as Simon Arron revealed last year. Will it work? We’ll find out on Sunday, when the eyes of the international motor racing world will once again be on Vila Real as it dares to do things differently.

One war, a revolution and no end of challenges later, Vila Real continues to attract world-class talent to its properly old-school track 86 years on. It’s one of the last of a rare breed that somehow has made it through with its unique charm and challenge intact. Its resilience and ingenuity has to be admired. 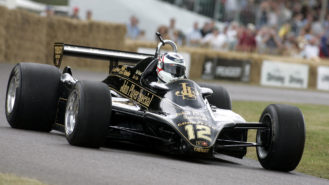