Toyota will carry extra weight versus its competitors for the 2019/20 World Endurance Championship season. 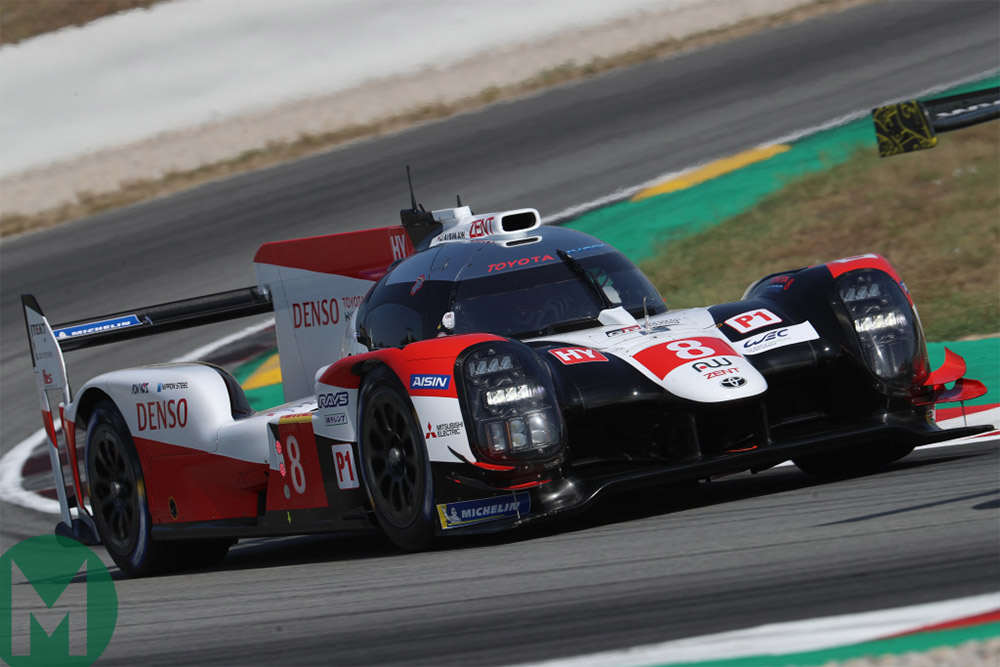 Toyota’s TS050 has been hit with a 14kg weight penalty for the 2019/20 WEC season. Photo: Motorsport Images

Toyota Gazoo Racing will carry an extra 14kg in weight for the 2019/20 World Endurance Championship season in an attempt to create closer racing.

Announced as part of the LMP1 Equivalence of Technology changes, the new rules aim to increase competition in the class between the Japanese manufacturer and the Rebellion Racing and Team LMT privateers.

Having taken victory at every round of the 2018/19 super-season, barring disqualification at Silverstone for failing a post-race skid block deflection test, Toyota will carry an extra ballast versus its rivals in the hopes of closing up the competition.

The added ballast will put the Toyota TS050 Hybrid’s total to 40kg over the minimum regulation weight for the LMP1 class.

Further penalties for hybrid cars were also announced, with non-hybrid cars allowed to refuel one second quicker than their hybrid counterparts in order to compensate for the electric restart modes.

A success handicap will also be introduced, adding weight to cars dependent on performance at the previous round as well as taking into account championship position and points total.

The new regulations were revealed ahead of the championship’s pre-season test at the Circuit de Catalunya this week, with all LMP1 competitors in agreement regarding the changes.

The changes will be in place for the opening round of the 2019/20 championship at the 4 Hours of Silverstone on 1st September.