Renewed until 2020, the FIA WEC showed why at Silverstone 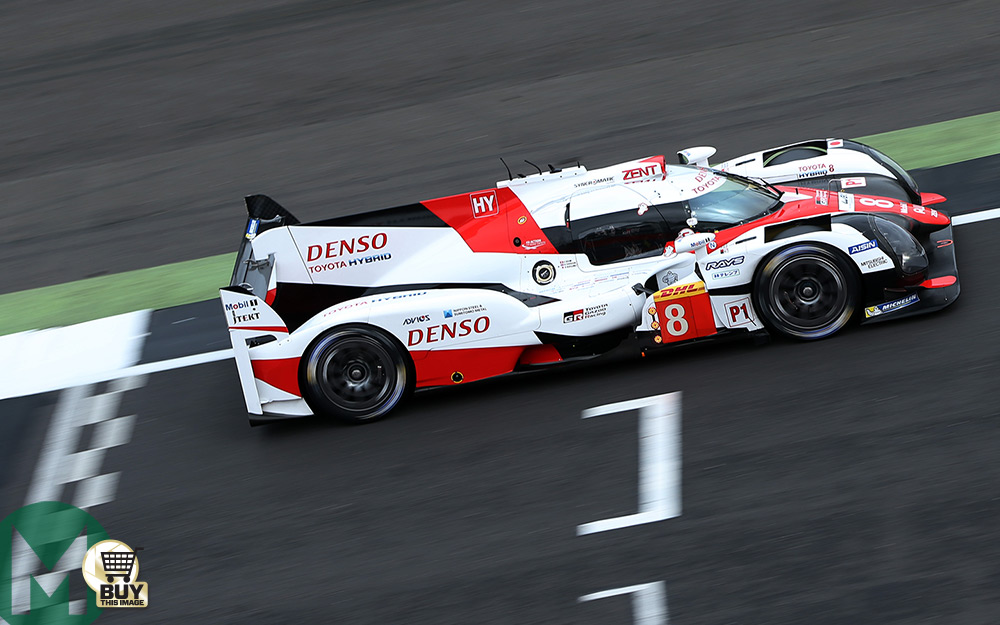 The World Endurance Championship has treated the British crowds to utterly captivating and thrilling events at Silverstone for the past few seasons. But with no Audi, and Porsche compromising this opening round by running its low-downforce Le Mans-spec bodywork, expectations were kept in check for the 2017 6 Hours of Silverstone.

But that needn’t have been the case, for an incident-packed race produced an absorbing conclusion. Porsche almost snatched an unlikely victory from the hands of Toyota’s Anthony Davidson, Kazuki Nakajima and Sébastien Buemi with rapid pit work and superior fuel efficiency, and while it wasn’t the thrill-a-minute race of the past few years it was an enthralling six hours.

Buemi made the decisive move on fresher rubber at Village inside the final 15 minutes to claim his and Davidson’s first victory since Shanghai 2014, and Nakajima’s first since Fuji in 2013.

Qualifying had offered little to suggest the 6 Hours of Silverstone would be anything other than a foregone conclusion for Toyota. Kamui Kobayashi scored the team’s first pole for more than two years, its front-row lockout a full second ahead faster than the all-Porsche row two. “We had to get the front row, no doubt,” said a second-placed Davidson, visibly enthused by his revamped Toyota TS050.

Toyota’s dominance quickly transferred into the race, until the pole-starting Conway’s opening two stints were stifled by an anti-roll bar problem before he handed over to Kobayashi. The first of numerous showers saw the two Porsches pit for a set of Michelin’s slick intermediate tyres and briefly gain control, but for it to retain that advantage the rain had to remain. When it eased, both were summoned back into the pits for slicks but returned to the track still splitting the Toyotas. 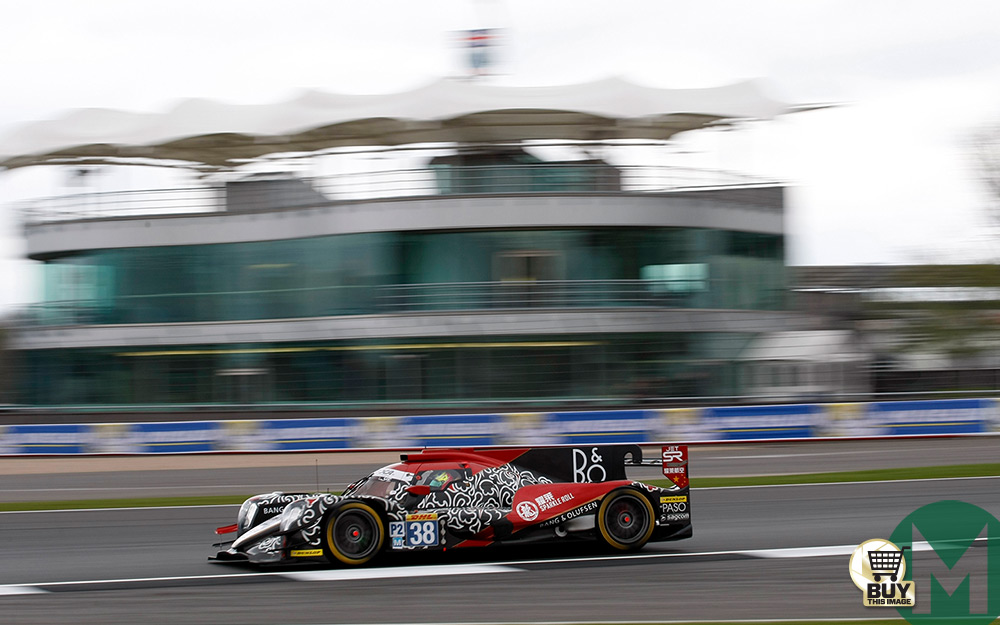 Toyota #7’s race meanwhile unravelled as Kobayashi locked-up into and out of the Vale gravel before a rain-assisted heavy shunt for José Maria Lopéz. A grimacing Lopéz struggled the TS050 back into the pits, front end left in the Copse tyre wall, wheels pointing in all directions and the remaining bodywork being shed around Silverstone’s five kilometres, he was later despatched to and released the hospital.

If Toyota had the speed advantage around Silverstone, Porsche’s better efficiency, longer stints and sharper pit work kept it in striking distance and even leading in the final hour. A late splash and dash for Hartley meant he could retain the lead if he resisted a new set of tyres, but Buemi hounded him from the lead with a dart inside Village just a handful of laps from the flag.

The second of the Porsches, that of Nick Tandy, Andre Lotterer and Neel Jani showed promising pace but lost out when the rain came. Tandy took over from Jani just before the drizzle, and Porsche soon pitted him again for inters. Hartley in the sister car went longer and pitted just as the rain strengthened so was able to collect his wet tyres at the ideal time. Porsche #1 at times threatened to close the gap, but the extra pitstop meant it would have to settle for third. Toyota’s mechanics replaced the front-end of the stricken #7, and Conway and Kobayashi took the flag fourth in class for what could be vital points.

The LMP2 field will take more of the focus this year, and potentially outright podiums thanks to the relative dearth of P1s. The new P2 prototypes are certainly impressive, and so much faster now that they have swallowed the LMP1 Privateer ByKolles into its pack. Another problem for another day for the FIA and ACO.

Soon-to-be Toyota returnee Nico Lapierre set the stall out in the reigning P2 champion Alpine, scampering out into a large lead early on. The safety car despatched during the aftermath of Lopéz’s off scrubbed that lead to nothing and single-seater convert Mathieu Vaxiviere thrust his TDS Racing into the lead into Stowe. But it was ex-Audi racer Olly Jarvis in the Jackie Chan DC Racing Oreca that claimed the spoils with Ho-Pin Tung and Thomas Laurent, with the Rebellion of Bruno Senna, Nico Prost and Julien Canal second. Vaxiviere was inspired during a late charge in the TDS but was forced to settle for third, Alpine fourth. 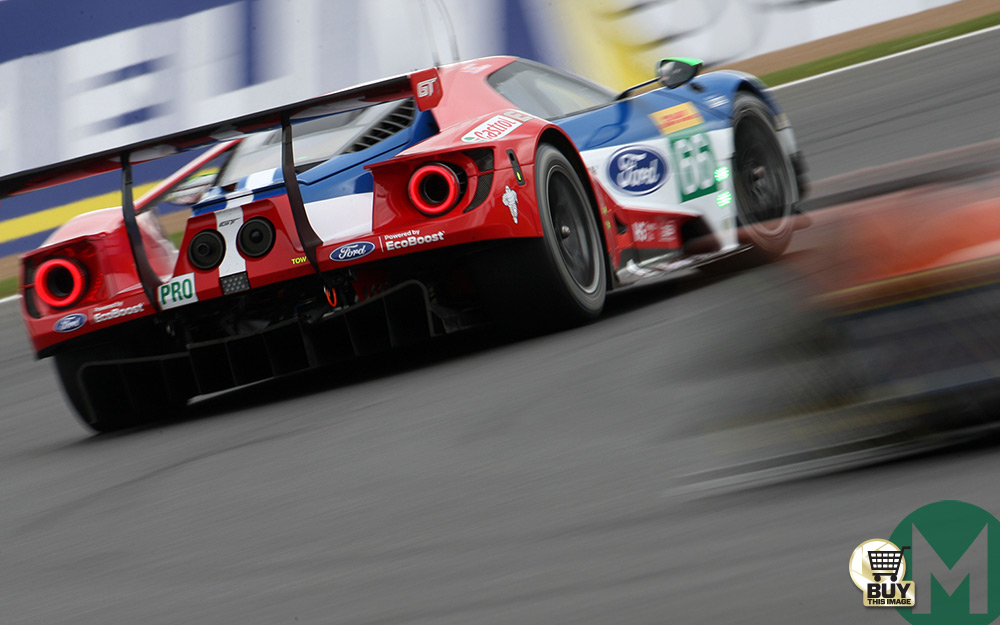 GTE-Pro swung entertainingly this way and that, but Andy Priaulx’s stunning pole lap – more than a second quicker than anyone else – proved the startling pace of the Ford GT. A unhinged door more than once threatened to derail the Priaulx, Harry Tincknell and Pipo Derani GT but clever strategy kept them always with a chance. The many Full Course Yellow periods and safety car interjection allowed them to sync back with the closely matched field and then comfortably take victory.

The Porsches certainly threatened, both new mid-engined 911 RSRs picking their way through the field and into the top three until Kevin Estre’s race came to a fiery end. A late stop for Fred Makiowiecki and Richard Lietz dropped them to third behind the Ferrari of Alessandro Pier Guidi and James Calado.

Late drama ignited a GTE-Am class that had been dominated by the Aston Martin of Pedro Lamy all weekend. A stunning climax gave Matt Griffin and Clearwater Racing victory – he started the final lap third, as the similar Ferrari of DTM racer Miguel Molina closed in on Lamy and came to blows. Griffin managed to avoid the carnage in front of him and sail through to victory.

With Spa-Francorchamps following in May, Porsche and Toyota appear well matched and set to produce a tight championship battle. Just reward for Jean Todt and Pierre Fillon of the FIA and the ACO, who extended the FIA World Endurance Championship contract to 2020 just hours before the 6 Hours of Silverstone.