Reviewing the 2018/19 World Endurance Championship ‘superseason’, and looking to the future of the LMP1 championship 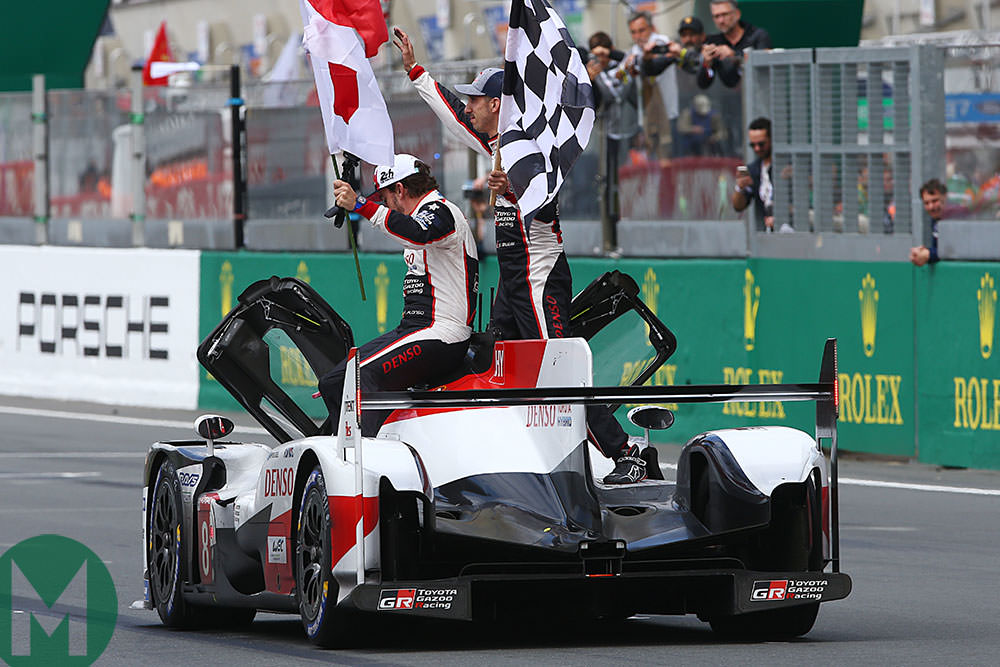 They called it the ‘superseason’. But just how super was the 2018/19 World Endurance Championship?

What we should never forget was that a championship lasting 13 and a bit months and straddling two editions of the Le Mans 24 Hours was a needs-must reaction to the cataclysmic news that the series was going to have only one manufacturer in LMP1 after the withdrawal of Porsche from the top class. The superseason was part of the rescue package put in place after the German manufacturer’s announcement in July 2017 pulled the rug from underneath the championship.

It was designed to give the championship a fillip just when it needed one and ensure a decent entry as the WEC morphed into a ‘winter-series’ format starting in the autumn and finishing the next summer at Le Mans. This development, which comes on stream at Silverstone in September, was another component of the package put in place to save the WEC.

In that respect, the superseason did its job. The 2018/19 WEC attracted a record 36 entries, though that number would dwindle by two when the Ginetta LMP1s disappeared after Le Mans last summer.

The problem is that we will remember the superseason for one thing, and one thing only — Toyota’s domination. No matter how good the racing was in the GTE Pro class, a division fought out by five manufacturers, it was always going to be overshadowed by what was happening at the sharp end of the field.

The aforementioned rescue package announced in September 2017 included something else designed to ensure the championship remained healthy. That was promised to the LMP1 privateers that they would be able to race Toyota, or more accurately a pledge of parity on one-lap performance.

It didn’t work out like that, and probably was never going to. FIA statutes don’t allow technical regulations to be changed at a moment’s notice, so the WEC needed Toyota to get behind its plan. The Japanese manufacturer was on board, but at the same time inevitably protective of its position.

Any changes had to be agreed by Toyota, which explained why an advantage was written into the grandly-titled Equivalence of Technology with which the organisers used to try to balance the remaining manufacturer’s TS050 Hybrid and the independent’s non-hybrid machinery.

Toyota subsequently insisted that this was a safety margin, because its simulations suggested that the privateers should have been bang on the pace with the helping hand they were given by the rule makers. When that turned out not to be the case, it allowed for these theoretical advantages to be wiped out from the Fuji round in October.

The privateers edged closer, but were never in a position to fight with Toyota. Should we have been surprised? Of course not. It’s the natural order of the motor sporting world that manufacturers will come out on top: they have the greater technical resources, the stronger team infrastructure and the best drivers. 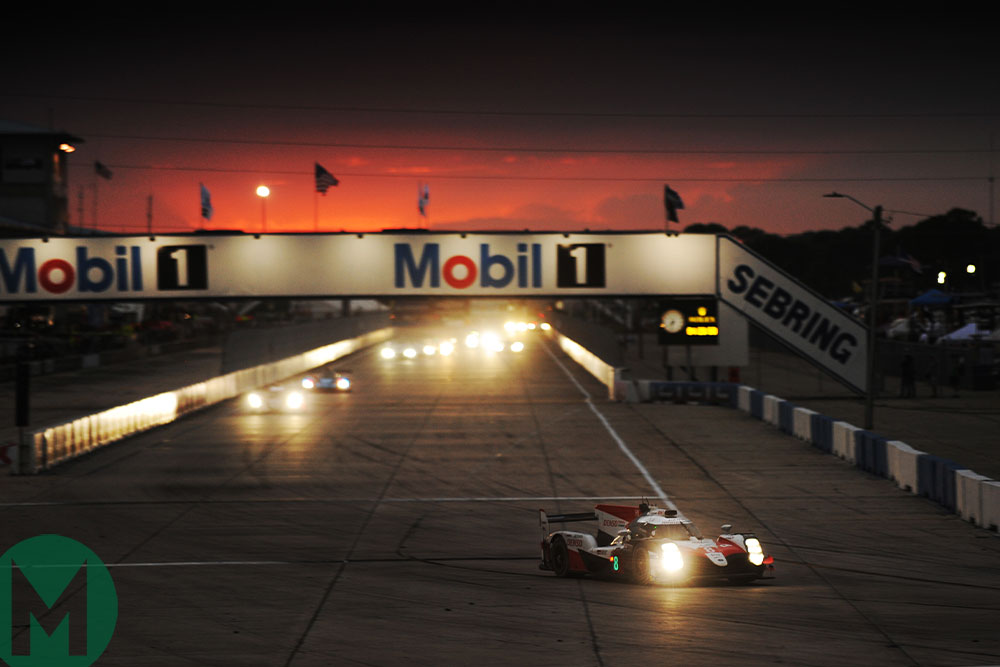 The Sebring 1000 Miles in March proved a case in point. The TS050s were better equipped to deal with the notorious bumps of a concrete surface that dates back to World War II than the privateer challengers from the Rebellion and SMP teams. Toyota simply had too many weapons in its armoury for its rivals.

Toyota’s domination of the series didn’t mean that there wasn’t some phenomenal racing at the front of the WEC over the course of the superseason. The marque let the drivers of its two cars race, and race hard. Of the eight races, it was nip and tuck between the two TS050s in at least five of them.

Fernando Alonso, Sébastien Buemi and Kazuki Nakajima ended up winning the championship by a healthy margin, and more or less had it in the bag before the Le Mans finale last weekend. Their fortuitous last-gasp victory on Sunday afternoon only added to a gap at the top of the points table that distorted the true story of the season.

Kamui Kobayashi, Mike Conway and José María López were a match for their team-mates right through the season. Any number of the races in which they lost out might have gone the other way. The cruel luck that deprived them of victory last weekend was typical of their 2018/19 campaign.

The superseason ended in high drama, even if Le Mans this time around wasn’t the classic confrontation between two evenly-matched cars that it was in 2018. Kobayashi and co had the edge on their team-mates right through the 24 Hours this time.

The privateers were predictably a long way behind, but there is hope that Rebellion, SMP and perhaps Ginetta, which is returning to the series next season, will be able to challenge in 2019/20. A system of success handicaps is set to be introduced that will peg back the performance of the cars doing the winning, and that, of course, means Toyota.

The details haven’t been confirmed just yet, but the idea is to handicap those cars finishing in the top positions with a number of penalties, not just weight. It’s got to be a good thing as the WEC heads into its final year of transition before a brave new world starts for the 2020/21. 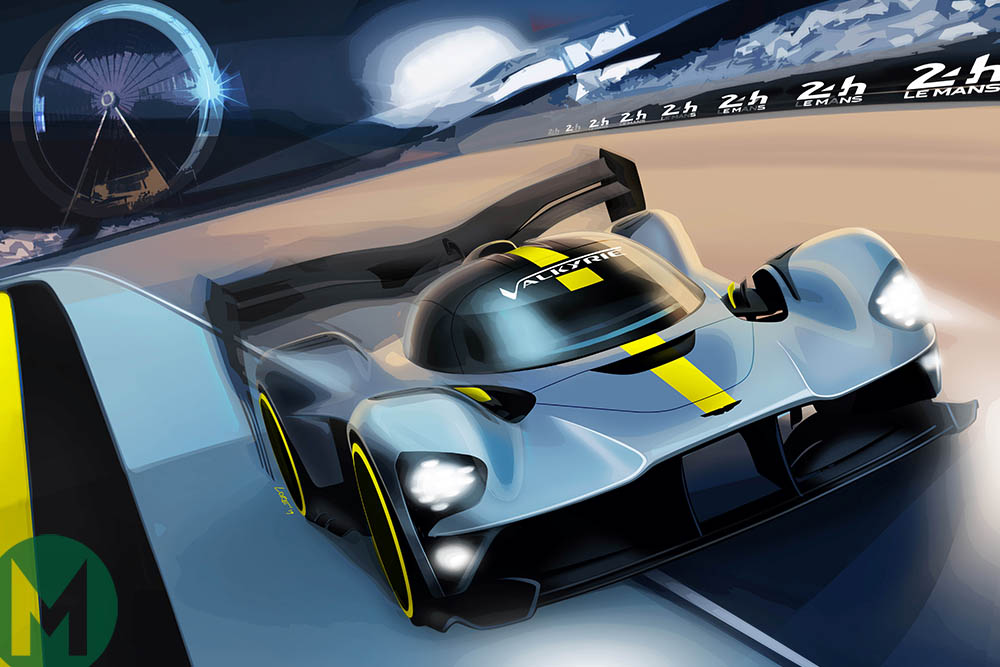 And it will definitely start, after months of machinations and delay. New rules allowing a mix of road-based super-sportscars and lookalike prototypes were finally confirmed at last week on the eve of the 24 Hours. And that news was swiftly followed by announcements from Aston Martin and Toyota that they will be on the grid when the hypercar concept class kicks off in the autumn of 2020.

Everyone seems confident that more grandee manufacturers will follow for year two. It could be the start of something big, though the confidence of the rule makers and the WEC needs to be tempered in the knowledge that they failed to garner any firm commitments when the first set of hypercar rules were published last December. They were making big claims six months ago, too.

Those rules called for prototypes only, lookalikes that resembled prototypes rather than the real thing. Now, manufacturers will be able to compete with race versions of the cars they build for the road.

This is the route that Aston is taking with the Valkyrie, the hypercar it is developing in conjunction with Red Bull Advanced Technologies. Toyota, meanwhile, will race a pure-bred prototype, though its development will feed into a new hypercar called the GR Super Sport that has already been shown in concept form.

Desirable cars that will have a place on posters adorning the walls of teenagers’ bedrooms and can be developed at an affordable cost could turn the fortunes of the WEC around. But there’s still a year to go before the start of this brave new world.

The hope has to be success handicaps and the advances the privateers have been taking step by step will give us some proper racing between multiple marques at the front of the WEC. If that happens, we’ll have a season that is just that little bit more super than the one that’s just passed.