Valentino Rossi will switch to racing on four wheels next season, after announcing his MotoGP retirement at the end of this year.

The nine-time motorcycle world champion has frequently spoken of wanting to race at the Le Mans 24 Hours, and said that he has been improving his car skills throughout his motorcycling career “to be ready at this moment”

During his 26 seasons in motorcycle grand prix racing, Rossi tested Ferrari Formula 1 cars on several occasions and was at one point considering cutting short his MotoGP career and switching to the series, before deciding he was having more fun on motorcycles.

Speaking at the press conference to announce his retirement, Rossi said that the details were being worked out and that he would be competing to win, in combination with running his VR46 MotoGP team next season. 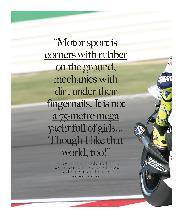 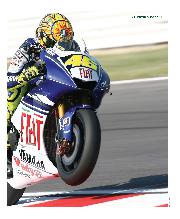 If Valentino Rossi's father had been less unlucky as a motorcycle racer Rossi might now be ruling Formula 1 instead of MotoGP. Rossi Sr was a scarily fast though crash-prone…

“I already said that I love to race with cars, just a little bit less than with a motorcycle,” he said. “I think I will race with cars from from next year. But now, [it] is all in the process… not decided yet.

“I feel that I am a rider or a driver for all lifelong. So, I just change from motorcycle to cars, for sure, not at the same level.

“But you never race for fun, just for fun. If you are a real rider or driver you race for for be strong and for the win for try to have a good result.

Rossi began his career racing go-karts because his father Graziano thought he would be safer on four wheels, but then shifted to motorcycles, which Rossi said was for the best.

“I always love racing with the cars, because I started with the go kart,” he said. “Graziano was afraid of motorcycle racing because he had a lot a lot of injuries.

“And he thinks that the cars are a bit more safe. So I started with the go kart. And after two or three years with the go kart. I tried the mini bike, and after fortunately I raced with motorcycles. Fortunately, because I didn’t know if the cars, I can achieve the same result, maybe not. So it was it was a good choice.”

In a 2008 Motor Sport interview, Rossi said that he planned to race cars when he retired from motorcycles and, when that moment came, he revealed that he had continued working towards that moment.

“[Cars] remain in my heart,” he said. “And during this career with the motorcycle I always try to improve my skills with with the cars to race — always make some kilometres [to] be ready at this moment.”