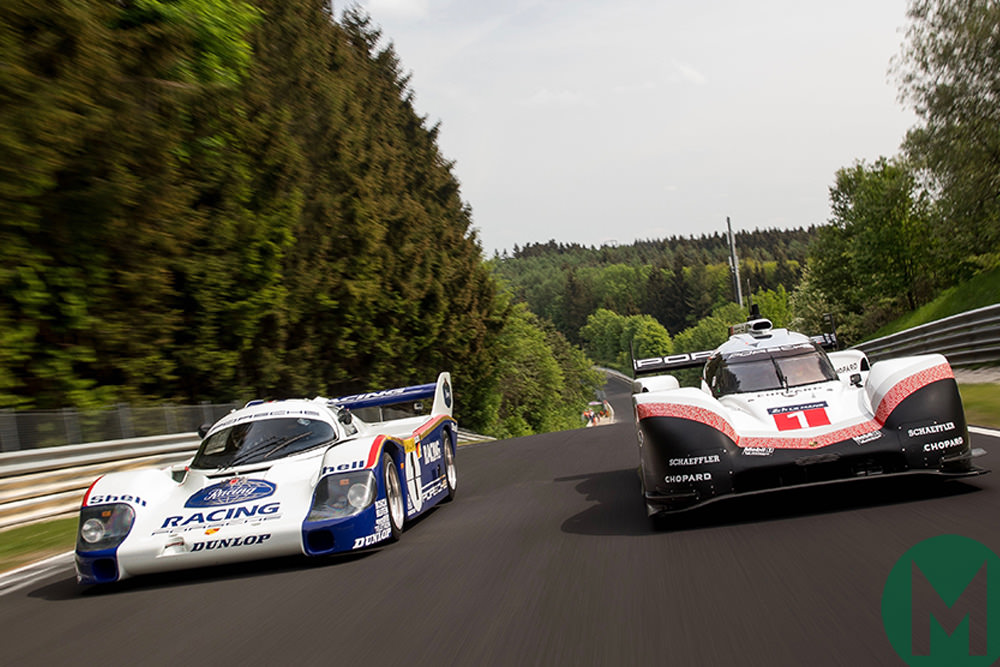 Thirty-five years after the Porsche 956C set a lap record at the Nürburgring, the manufacturer paid tribute to Stefan Bellof’s record by bringing its 919 ‘Evo’ to the track for a demo run.

Timo Bernhard drove the 919 while Hans-Joachim Stuck took the wheel of the 956 for a special run around the Green Hell, before the Nürburgring 24 Hours began.

The 919 ‘Evo’ is currently on a tribute tour around the world, which began at Spa-Francorchamps with an F1-beating lap record with another stop at New York City.

Its next leg of the tour will be at an as yet undisclosed location in Europe in June, followed by a trip to Asia in July. Then, the 919 will return to Spa before appearances at the Goodwood Festival of Speed (July 12), Brands Hatch (September 2), Laguna Seca (September 27), another stop in Europe (TBD) and a ‘final stop’ in October.

Watch the two cars and view the gallery below.