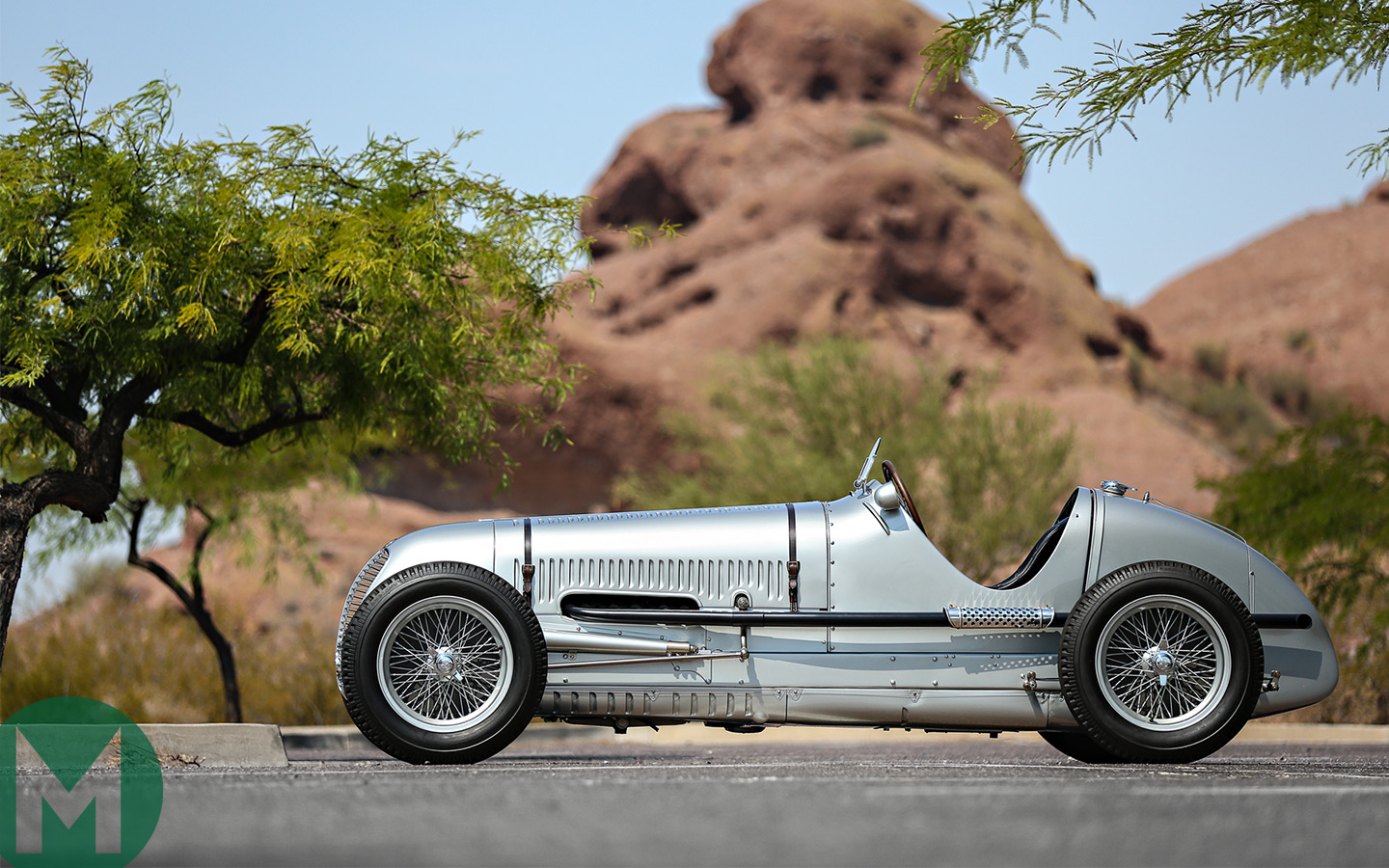 Pescara was an ominous testing ground. Longer than the Nürburgring and strung across the arduous Abruzzo hills, from the ’20s to the ’60s the circuit played host to one of the most notorious road races: the Coppa Acerbo.

A class field was assembled for the 1937 contest and an extremely hot Saturday belonged to a shirtless Bernd Rosemeyer. Sporting only his cap, shorts, gloves and sandals, the Auto Union pilot claimed pole position and come the race end on Sunday, the timesheet suggested that he’d paced to an easy win too. Far from it. Fighting back from a lost wheel, he claimed victory.

The voiturette racing class was much more clear-cut. Thirteen against two wasn’t exactly an open competition and against a brace of British-built cars, one MG and an ERA, Maserati was seemingly always going to win. The race was a showcase of the Bologna marque’s prowess in the hugely popular racing class of the ’30s and ’40s and the machine in question, the sleek and supercharged 6CM, was one of the trident’s most successful cars.

Powering the likes of Luigi Villoresi, Harry Schell and Giovanni Rocco to victories across Europe, it was chassis 1540 that secured the win in 1937, the same year that it led the Targa Florio and won the Circuito d’Italia. At Pebble Beach next month that very car will be going under the hammer.

Maserati’s history at Pescara – the circuit celebrated in this month’s magazine, available both digitally and in print – continued long after the demise of the voiturette racing class. When F1 visited Pescara in 1957 it became the longest circuit in world championship history. Stirling Moss won in his Vanwall, but Maserati kept him honest securing the next three positions, led home by Juan Manuel Fangio. Pescara was one of the toughest challenges of the motor racing year, testing drivers on a twisting course through the Abruzzo hills and along the Adriatic coast. Against the likes of Stirling Moss, Tazio Nuvolari and Rudolf Caracciola, Maserati won the infamous Coppa Acerbo three times, claiming its final victory in 1954 when Luigi Musso won in a Maserati 250F.

As for chassis 1540, its great race history reaches far beyond the Adriatic. Giuseppe Negro campaigned the car in the 1938 Grand Prix de Pau and two years later it contested the Targa Florio again, this time finishing in 11th position in the hands of Secondo Corsi. Charles Mortimer then acquired the car from Charles Brackenbury, a character as notable for his pranks and japery as for his speed.

Its last notable competition in period was in 1948 on the Shelsley Walsh Hill Climb, but more recently chassis 1540 has been campaigned again over the Atlantic, claiming several wins in historic races at the likes of Lime Rock, Pocono and Laguna Seca. Eighty years on, this special Maserati is still destined to win.

Read more about the world’s last great road race, the Coppa Acerbo at Pescara, in this month’s issue of Motor Sport. It’s available digitally and in print and if you’re already a subscriber you can read the feature on the app.