Privateer teams may be waiting in the wings to stop Toyota grabbing a 1-2 at the Le Mans 24 Hours, but Andrew Frankel explains why Toyota is still the runaway favourite 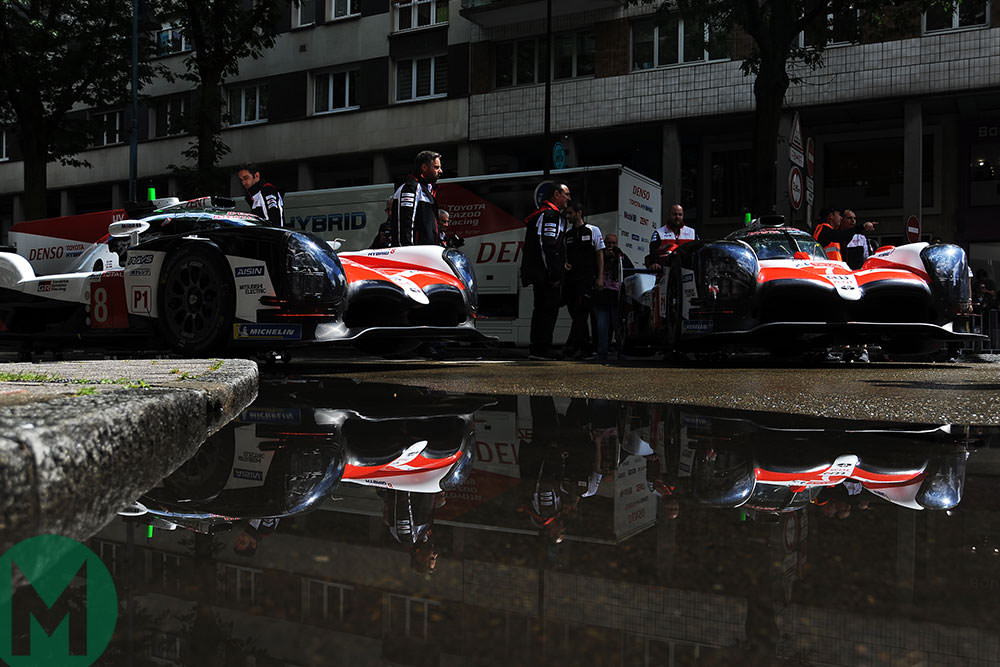 It has been nearly 90 years since the identity of the winning Le Mans team seemed less in doubt than it is today.

Bentley wrapped up its hat-trick of French victories so deliberately slow back in 1929, one driver solicitously enquired of Walter Owen Bentley if he’d rather ‘get out and push the bloody thing’ as he wrapped up a 1-2-3-4 for the British manufacturer.

Even back in the days of Porsche domination, there were privateer teams which could (and did, in 1985) snatch victory in France when the works teams fell short.

So, if Toyota doesn’t put its drivers on the very top step of the Le Mans podium, something will have gone very badly and expectedly wrong. Even though testing times were closer than many foresaw, with the rules stacked to level the playing field, Toyota is still runaway favourite for victory. I doubt the team would be there otherwise.

Then again, Toyota is a world-class authority when it comes to things going unexpectedly wrong. You could argue that in three of the last four years Toyota had the fastest car, yet to date Mazda remains the only Japanese manufacturer to win the race outright – 27 years ago.

Last year, bad luck and poor reliability dealt fatal blows to Toyota, and no one present in 2016 will ever forget the heartbreak of witnessing certain victory disappear with fewer than five minutes of the last 24 hours left to run.

True, the team was off the pace in 2015 but we should remember that in 2014, the TS040 that finished third lost nearly an hour in repairs yet finished five laps off the lead.

The closest Toyota ever came to victory, prior to the modern era, was in 1999 when the TS020 (or GT-One) proved to be quickest in the race. With three entered, surely one would have gotten through? Surely not: two were eliminated with damage from punctures while the third – while hauling in the leading BMW with less than an hour remaining – made it a hat-trick of punctures. The third car finished second, as had the TS010 seven years earlier in Toyota’s first significant Le Mans result.

Incredibly all five generations of TS-prefixed Toyota racers have put their drivers on the Le Mans podium, but not one of them on the right step.

The Toyota Racing management would be forgiven for thinking someone up there doesn’t like them. So why should it be different this year; why would bad luck, poor prep or divine intervention fail to conspire yet again to snatch defeat from the jaws of victory? Well of course that might happen, but I really do suspect not, and this is why.

Firstly, Toyota has the quickest car, the most money and the most experience at the top level. It really should win. Bad luck doesn’t last forever and just because it’s struck in the past makes it no more or less likely to do so in the future. If you could forget the past and just look at the cars on the grid on individual merit, you would say Toyota will win.

Secondly, having spoken to a couple of drivers in LMP1 categories, they believe Toyota will be able to control the race from the outset. It will not be like in previous years when the cars have had to be pushed to literal breaking point to combat the threat from the works Porsche and Audi teams, undoubtedly the two most formidable foes to ever race at Le Mans.

Thirdly, and perhaps even more significantly, Toyota has not had to come up with yet another brand-new car to stay the ferocious pace of progress seen while the other works teams were involved. On the contrary, the 2018 TS050 is very much an evolution of the 2017 design and most of the modifications have been in non-mechanical areas like aerodynamics. I am told that those mechanical changes that have been made are not there to make the car faster, which is simply not needed, but more reliable. I understand also that the team has been using its perhaps unrivalled knowledge of the law of unintended consequences to run through all scenarios that can be imagined and might play out over the 24 hours… and probably quite a few that cannot.

So yes, Toyota has tripped up in the past, and there is no race more mercurial or unpredictable than this. But I still think that not only will Toyota win, there’s a very good chance the cars will come first and second. And while that sounds like a rather boring result, I, for one, really hope Toyota does win. It’s not just that I’ve seen how unlucky it’s been in the past, but I’ve seen the extraordinary grace with which the team has suffered its losses, never more so than in the agonising few minutes after the 2016 race.

If ever a team deserved that trophy in the cabinet, this is it.

A dull race then? By no means, because the battles in every other category, including among the non-hybrid LMP1s will be fierce.

And I cannot wait to see how GTE-Pro pans out. With brand new cars from Aston Martin and BMW taking on Ford, Ferrari, Porsche and Corvette we should be in for a treat. As ever, I shall be there, and, as ever, I cannot bloody wait.