The BTCC is once again providing uninterrupted entertainment, with four drivers in serious contention for the championship at the Brands Hatch season finale 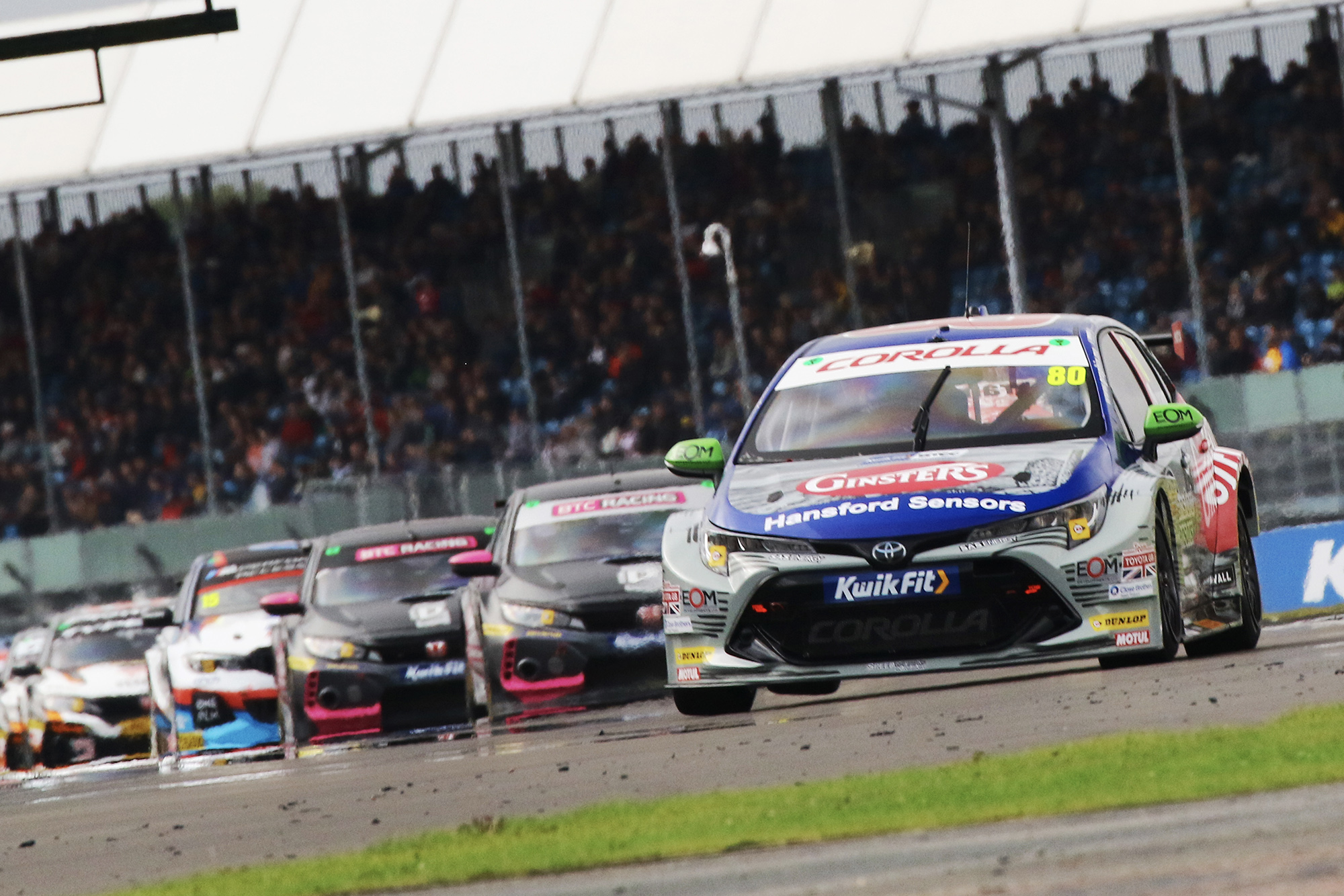 Fan-favourite Tom Ingram is fifth in the championship Photo: BTCC

It’s been referred to as “the only show in town” by its own maestro, Alan Gow, the man who dragged the British Touring Car Championship back from the doldrums at the turn of the century. Now, this weekend will showcase exactly why the tin-top category is the UK’s biggest domestic motorsport draw on four wheels.

The BTCC has come a long way since the dark days of the death of the Super Touring era, when costs spiralled, manufacturers exited, and Gow returned to steady the ship from 2003. Since then we’ve seen new rules designed to lower the costs of the category – the Next Generation Touring Car regs, which have allowed a flood of new makes of car to be built, with or without manufacturer support – and some of the tightest racing outside a Formula Ford grid.

But we’ve also witnessed a changing of the guard. A category that was once almost exclusively dominated by ‘the old guard’ has now become so prestigious and so successful from a marketing perspective that the BTCC is now a ‘destination category’. It’s a place where young drivers aspire to be, and want to stay in.

Look at the top six of this year’s championship and you’ll find that four of them are young chargers – Dan Cammish (Team Dynamics Honda), Josh Cook (BTC Racing Honda), Tom Ingram (Speedworks Toyota) and Rory Butcher (AMD Honda). The other two are the evergreen Colin Turkington – the three-time champion, who is still only 37 – and Andrew Jordan, who’s still only 30! 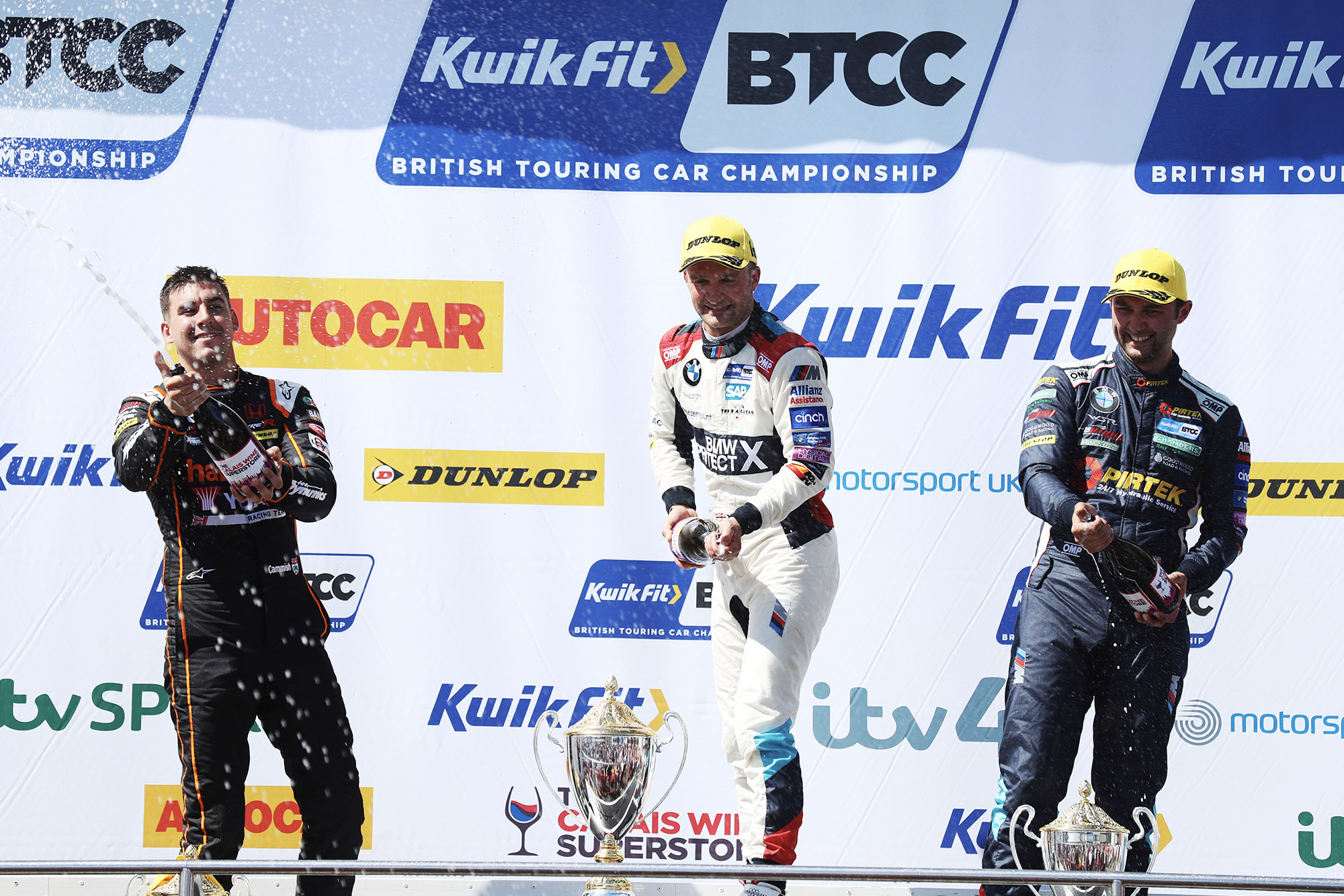 Two of the BTCC’s biggest names – Jason Plato and Matt Neal – are seventh and eight in the championship and out of the title picture. But will that affect the championship’s draw ahead of the final rounds through the Kentish woods at Brands Hatch? – Not a chance.

One of the best things about the BTCC is the support spread up and down the pecking order. Attend any event and you’ll see fans wearing merchandise from all areas from the grid – from the factory WSR BMW and Dynamics Honda teams, to the independent chargers like Ciceley Motorsport, AMD and ExcelR8 Motorsport, which has found its own niche of fans by running the venerable old MGs in unison with Union Jack branding.

The BTCC fans love an underdog, perhaps more than any other category. They appreciate a hard-charger, a late-lunger and a workhorse. And that old reputation of the BTCC as simply mindless door-banging stock car racing can surely be put to bed by some of the driving standards we’ve witnessed in recent years. Yes, there have been some more unsavoury instances – think Plato versus old team-mate Ash Sutton at Snetterton this term – but largely blatant incidents are spotted and dealt with swiftly, leaving the real racing to come to the fore – Cook v Sutton at Brands GP 2018, Butcher v Jordan at Knockhill ‘19, Ash Sutton’s chronically under-powered Subaru v almost everybody, or Jack Goff’s superb charge through the order to win in mixed conditions last time out at Silverstone.

The tale of this season has largely revolved around the BMW garage. The new 330i M Sport may only have been completed just before the series’ media day this year by West Surrey Racing, but Dick Bennetts’ team set the pace for much of the start of the year, with Turkington and Jordan sharing nine of the opening 15 wins between them. Rear-wheel drive v front-wheel drive has always been one of the most intriguing elements of the BTCC, with the fast-starting RWD BMWs being a constant threat off the line, but then tending to suffer with tyre wear in the latter stages. But WSR nailed it, so much so that BTCC organisers opted to turn down their engines’ turbo boost (by 0.02bar of pressure, estimated by Gow to be worth just 4bhp) to close things up again. That was then exacerbated by the FWD cars getting a 0.02bar boost after Croft, leading to a 0.04bhp swing and more like 8bhp.

That’s brought the Hondas further into play. Both the new FK8 design – run by both the works Dynamics and BTC Racing teams – and the older FK2s run superbly this year by Shaun Hollamby’s AMD Tuning team have proven the class of the FWD field. The Honda’s chassis has always been strong and super-responsive, with the older cars still being competitive courtesy of the amount of development they’ve received, meaning they have a wider operating window than the new model. The older cars have been driven superbly by Rory Butcher and Sam Tordoff – up until his withdrawal in September following the tragic loss of his newborn son. The cars have won four races this year – Butcher’s three to Tordoff’s one.

Of the newer FK8 runners, Josh Cook has driven the season of his life, winning three races to put himself squarely in contention for BTC Racing. 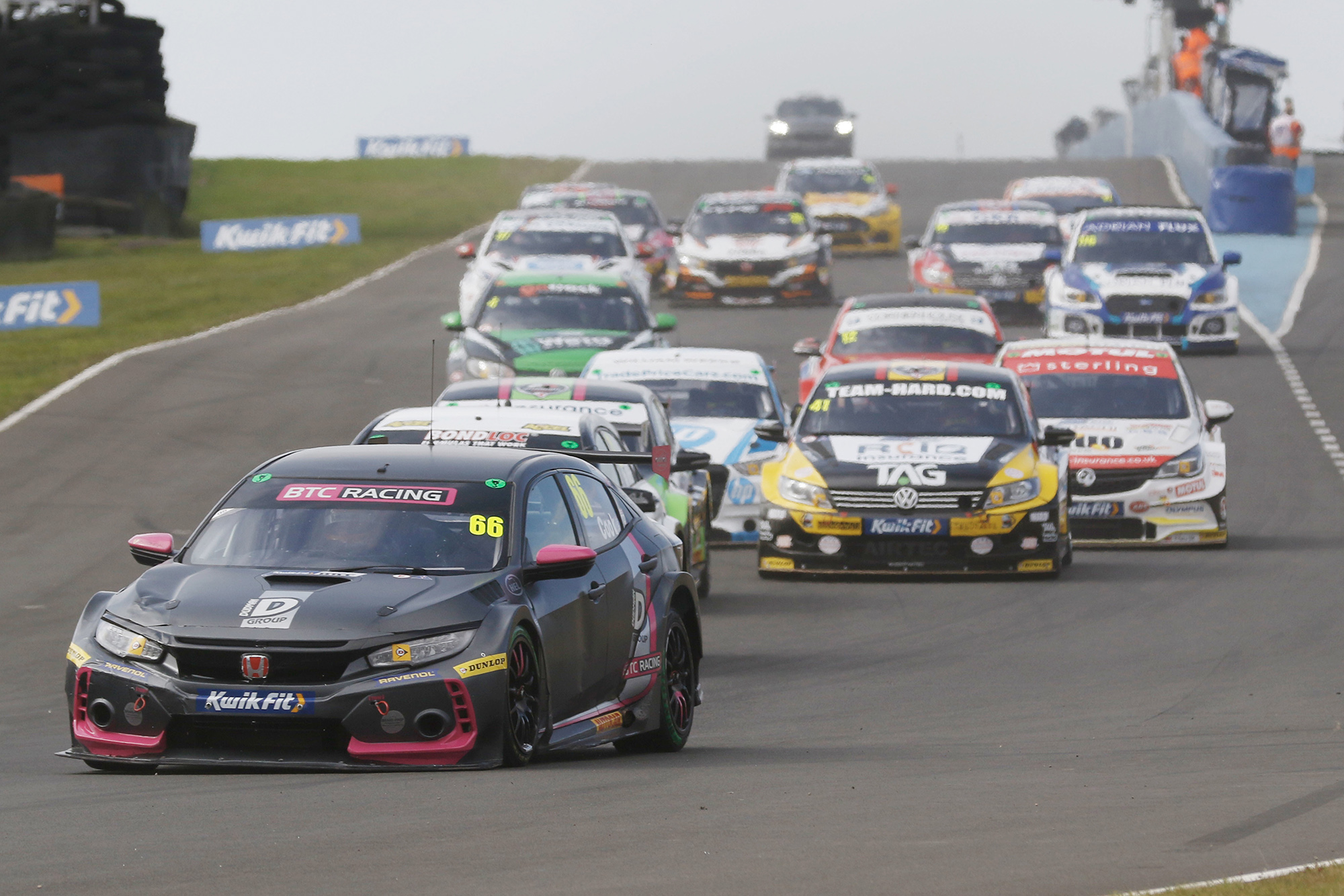 While Neal has endured some technical trouble and bad luck in his Dynamics-run car, team-mate Cammish has been the epitome of consistency, bagging 11 podium finishes and a win during his second season to lead the Honda fight against the BMWs, and split the two heading into the finale.

At the top of the tree is Turkington. Perhaps the most gifted touring car driver of the modern age? However, he’s had a slightly chequered year. Yes, he’s taken five wins, but when he’s not won the Northern Irishman has only featured on the podium three additional times. By rights, he should probably trail Jordan, who has been supreme, but also supremely unlucky.

Had it not been for a complete write-off at the Donington Park event (round two) where he was caught up in a nasty accident in race one that put him out for the whole weekend, Jordan would be streets clear courtesy of his six wins. The 2013 champion’s fightback from those three non-scores has been impressive, fuelled by the desire for one final flourish ahead of the imminent loss of his long-term sponsor Pirtek.

“It won’t be easy by any means, but history shows that anything can happen when it comes to the final weekend of the season and it certainly isn’t over,” says Jordan ahead of the weekend.

“Brands Hatch is a fantastic circuit on which to hold the final round and always delivers drama. It’s a circuit where I think the BMW will be strong, and when things are as close as they are, the fact that I’ll be carrying a little bit less ballast will hopefully work in my favour. My aim is to try and qualify well so that I’m out of the ‘danger zone’ on race day, and then I’ll be giving my all to fight for wins and as many points as possible; that’s all I can do.” 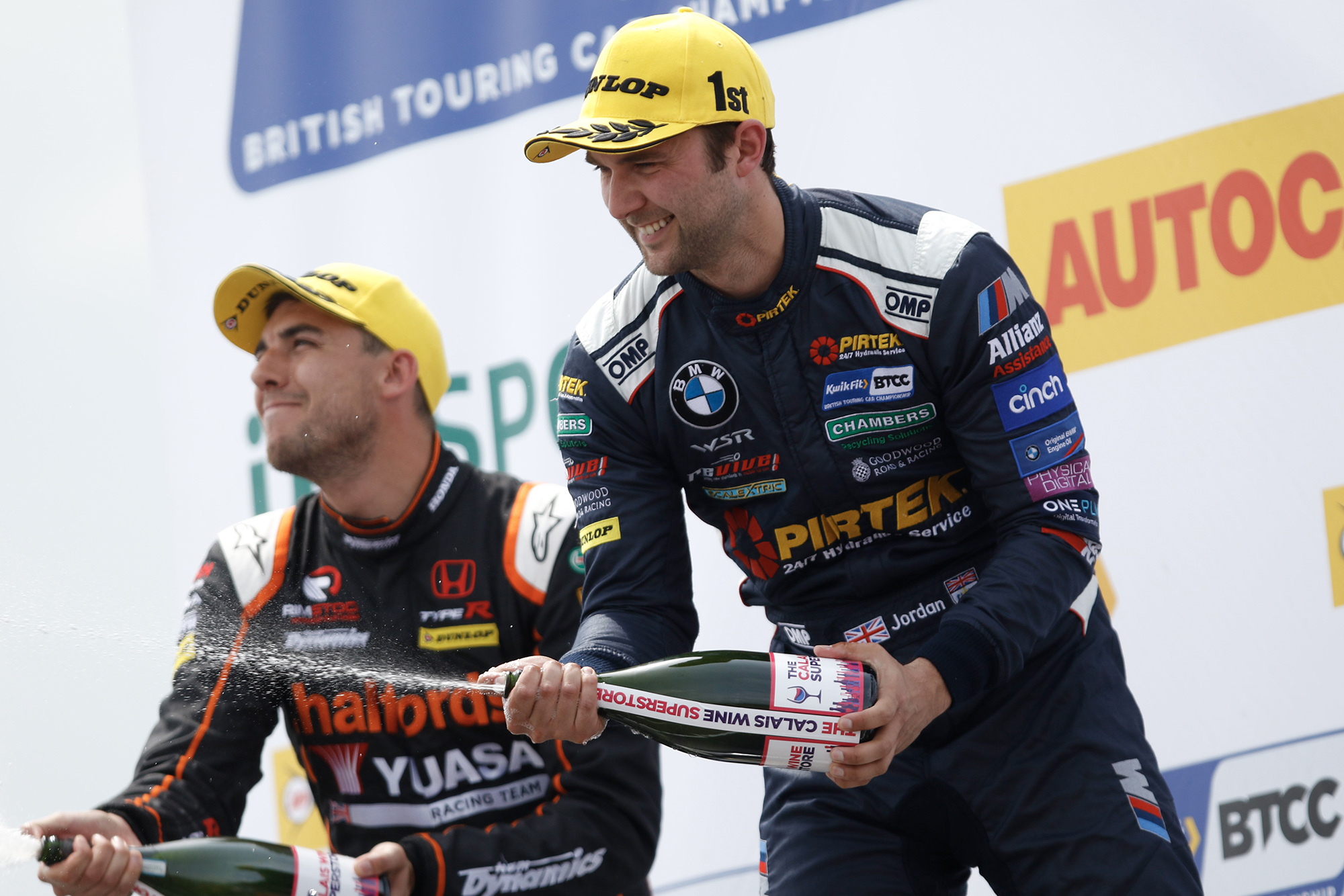 Jordan is just 17 points down on Turkington, and one off Cammish, so the battle between the top three will likely be fraught throughout the final three races.

And then there’s fan-favourite Tom Ingram. The likeable 26-year-old from High Wycombe has marked himself out as a true star of the series thanks to some super drives and his clean and precise driving style. His work helped mark the family-run Speedworks team out of the crowd and attracted the backing of Toyota for this year, returning the Team Toyota GB title to the grid for the first time in 25 years. Ingram’s work developing the new-generation Corolla has been impressive. Yes, there have been a few niggles that have brought about disappointing retirements, but he’s still in fifth in the championship, and celebrated twin wins at Silverstone as the car continues to find pace.

“Given where we were back at the start of 2019, I’m absolutely made up to be heading to Brands GP still in the reckoning for the third year in a row, especially in a series as ultra-competitive as the BTCC,” says Ingram. “Obviously, we’re rank outsiders, but it’s never over until it’s over and we will push right to the very end. I don’t think we’ll be quite as super-quick as we were at Silverstone, but I am confident we’ll be up towards the sharp end again and we’ll certainly come out fighting.

“The development of the new Corolla was never going to be a five-minute job, but we’ve just been going about our business, quietly getting on with it and learning and understanding more all the time – and that has been reflected in consistent improvements, particularly during the second half of the season. We’ve definitely turned a corner over the last few race weekends, and to enter the final event inside the top five in the championship is something we can be very proud of as a team.”

The final round of the BTCC often features some ‘dramatic coincidences’ – such as Fabrizio Giovanardi’s mystery engine issue that kept him out of race two when he was miles clear in the points in 2008, conveniently taking the title fight to the last race. Or half the field largely opting get out of the charging Turkington’s way in 2014 after a race two retirement, denying Plato the title. There’s also the running gag that Gow could ‘turn on the sprinklers’ should a title favourite get too far clear. Of course, it’s all just coincidence (we think..?) and overwhelmingly the action creates and sustains itself in a field where the top 30 are separated by a single second.

I’ve heard it described as ‘the motor racing equivalent of WWE wrestling’. But it’s much more than that. This is motor racing entertainment that almost any other category cannot match at the moment. Don’t miss it. 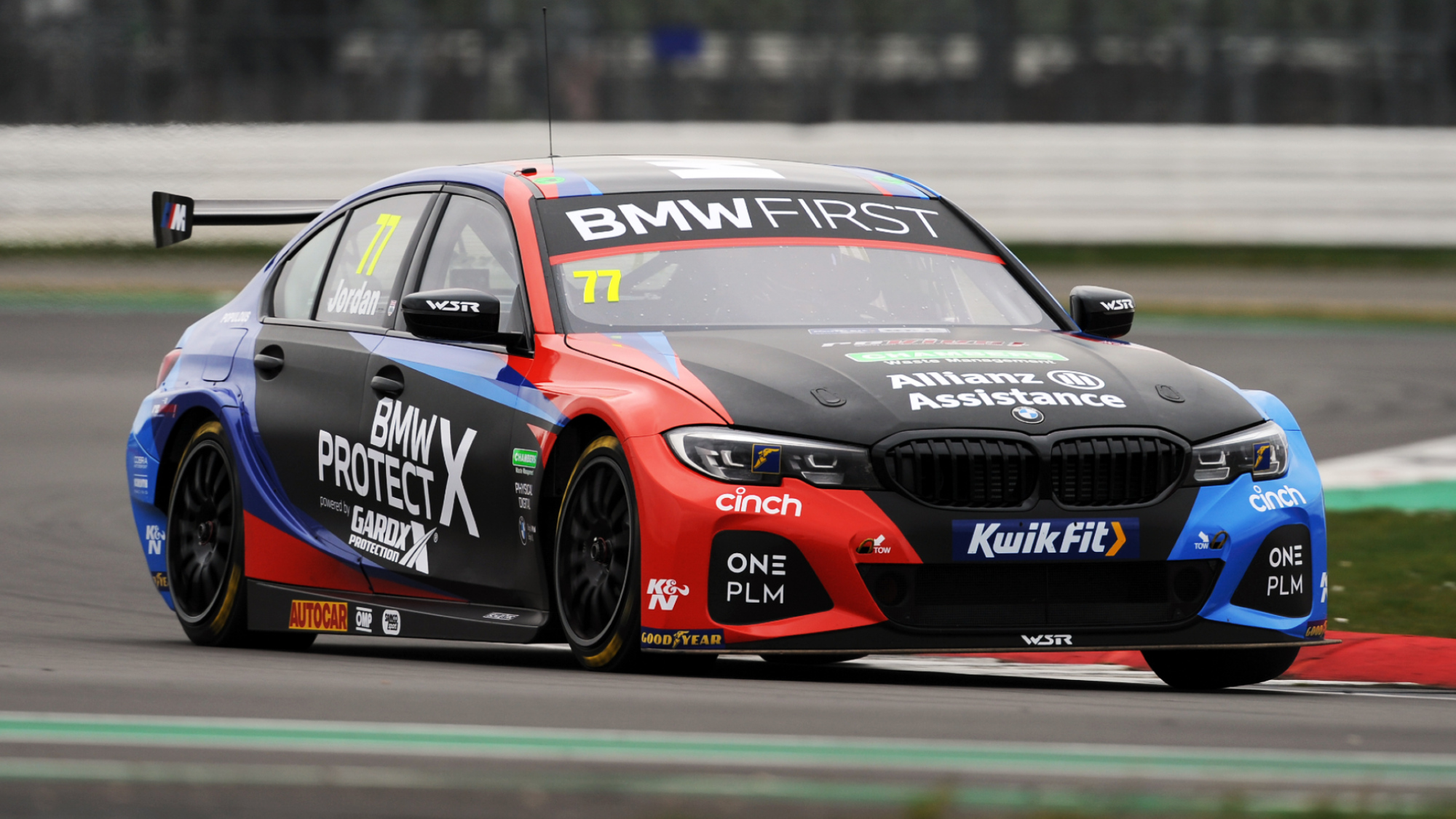 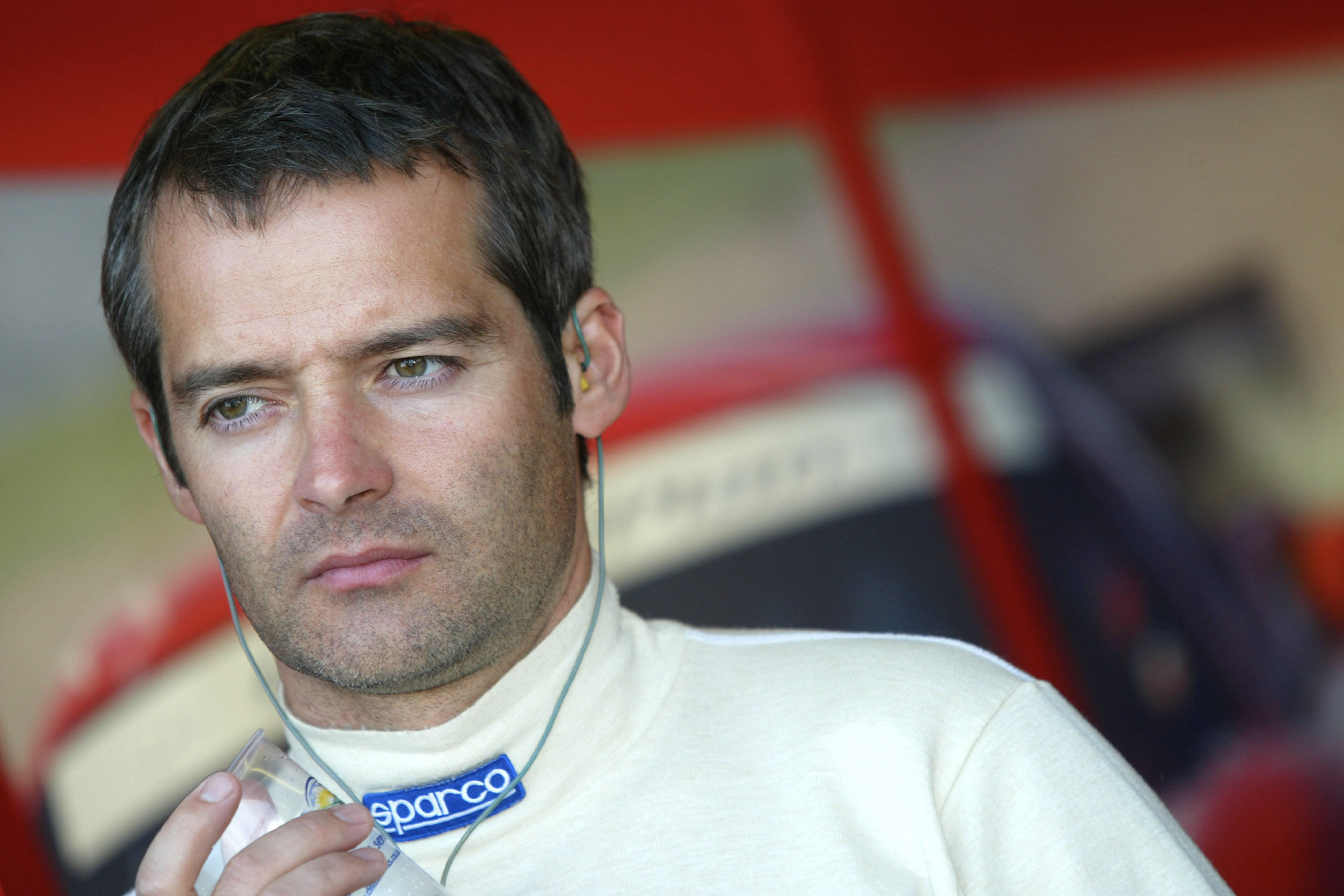 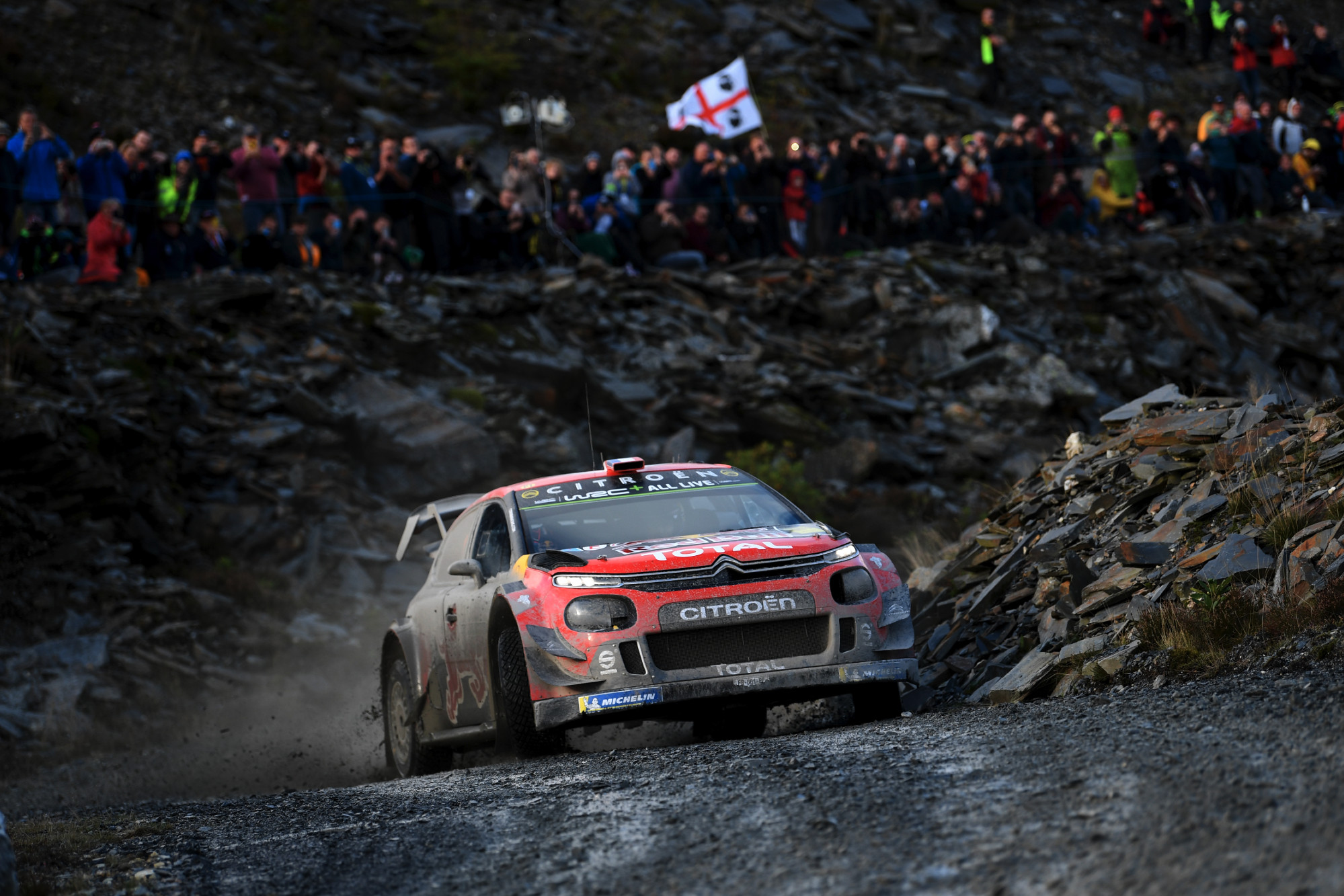 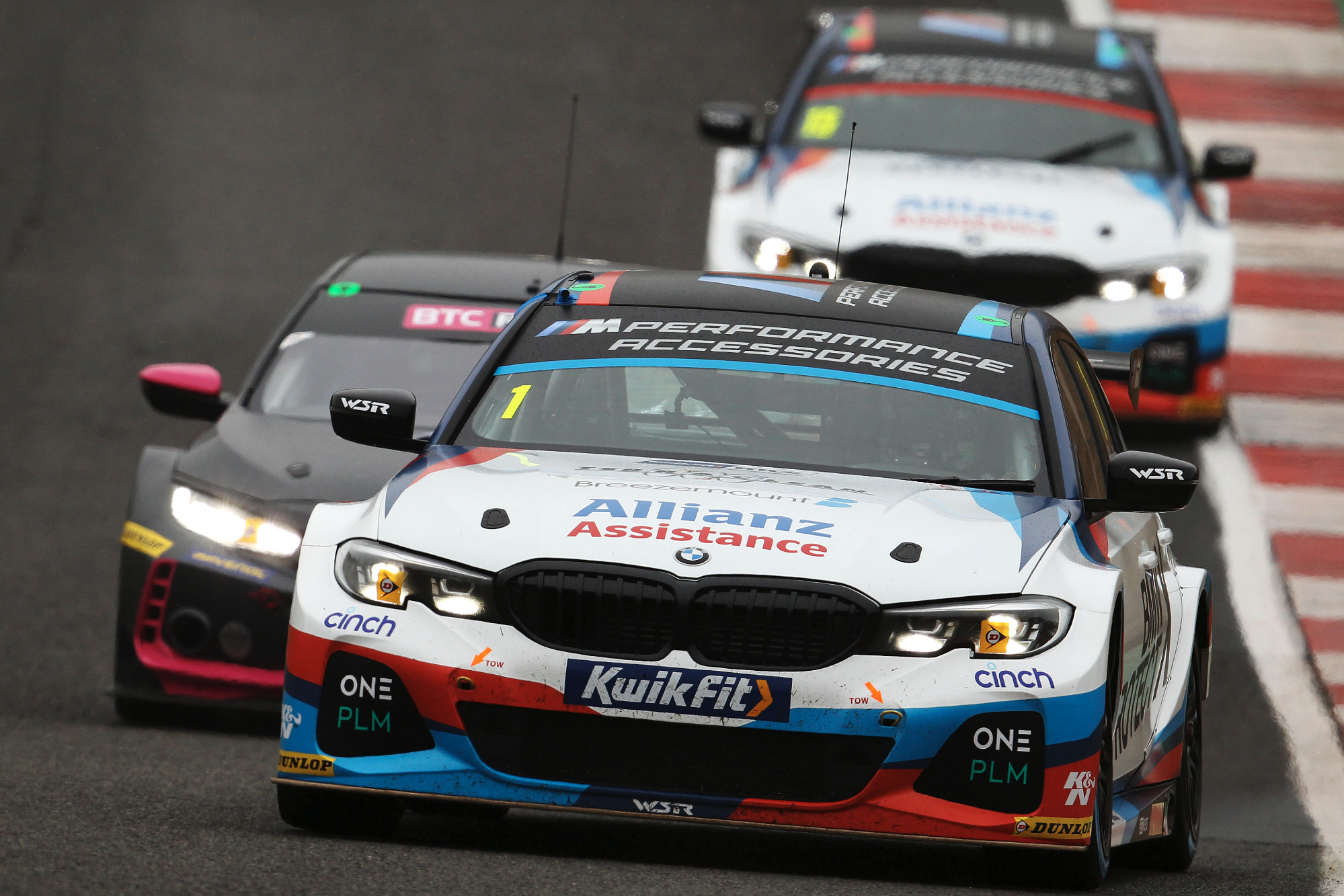