Millers at Milwaukee is the flip side of the Goodwood Revival.

The Revival features vintage cars from multiple marques, most of them European, circulating at insane speeds around a bucolic road course carved out of an English country estate.

Millers at Milwaukee showcases the cars of a single American manufacturer and its progeny negotiating a flat, one-mile oval on a Midwestern fairground at a pace appropriate for a parade honouring heroes of the distant past. Which is a pretty good capsule summary of the event.

The Miller Meet, as it’s popularly known, pays tribute to the cars built and/or inspired by Harry Arminius Miller, the man described by historian Griff Borgeson as “the greatest creative figure in the history of the American racing car.”

Last year, the annual event was a casualty of the pandemic. But it will return this weekend, almost 100 years to the day that Miller, fitted with a 183-cubic-inch twin-cam straight-8 – the Rosetta stone of circle-track racing – won its first race, with Tommy Milton cruising to victory on the boards at Pacific Coast Speedway in Tacoma, Washington.

“For nearly a half-century, Millers and cars based on them WERE American open-wheel racing.”

About 50 cars are expected at the Milwaukee Mile, the oldest (more or less) continuously operating racetrack in the world. They’ll include not merely jewel-like Millers but also voluptuous Indy roadsters powered by Offenhauser four-bangers derived from Miller’s seminal design and a handful of other front-engine oval-track cars boasting varying traces of Miller DNA.

The point is, for nearly a half-century, Millers and cars based on them WERE American open-wheel racing. “If you put a 122 from 1925 next to the 1964 A.J. Foyt Sheraton Thompson Special, they practically look identical,” says Phil Reilly. “The engineering quality and fundamental architecture were so good that nobody ever changed it.”

The founder of an eponymous restoration shop in Northern California, Reilly has worked on everything from pre-war Alfas to DFV-era Formula 1 cars, and for many years he campaigned a lovely Brabham BT44 that spotlighted the work of designer Gordon Murray at the height of his considerable powers. But Reilly himself was a roundy-round guy growing up, and, for him, the cars of Harry Miller represent a high-water mark in race car design. 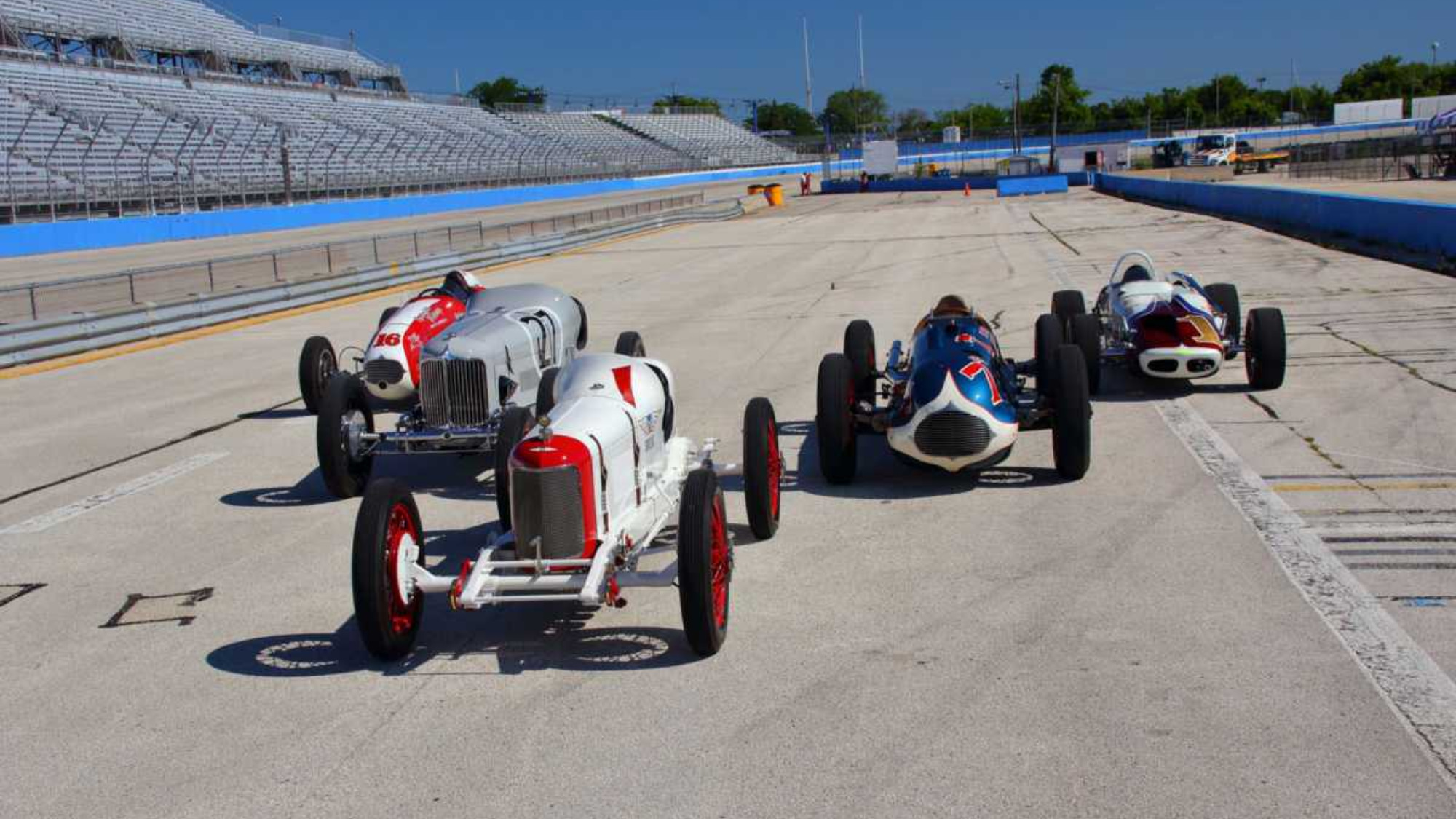 Aided by two men who would become legends in their own right – engineer Leo Goossen and machinist Fred Offenhauser – Miller built and sold long, slender missiles that would have looked equally at home in a museum as on a track. It’s said that Miller never fired anybody for spending extra time and money to make a part, no matter how inconsequential, too elegant.

Millers dominated American racing from the early 1920s through the mid-1930s with a remarkable series of 183s, 122s and 91s, front-wheel and rear-wheel drive, supercharged and normally aspirated. How fast were they? In 1927, Frank Lockhart hurtled over the Muroc Dry Lake at 171 miles per hour in what was, essentially, a stock 1.5-litre Indy car.

When new rules adopted during the Depression rendered the cars ineligible for competition, the engine of choice became the cheaper, more robust Offy, which was based on a Miller marine design. Because the motor was stout enough to withstand seemingly infinite levels of compression and turbocharger boost, Offys continued to win the Indy 500 until 1976. 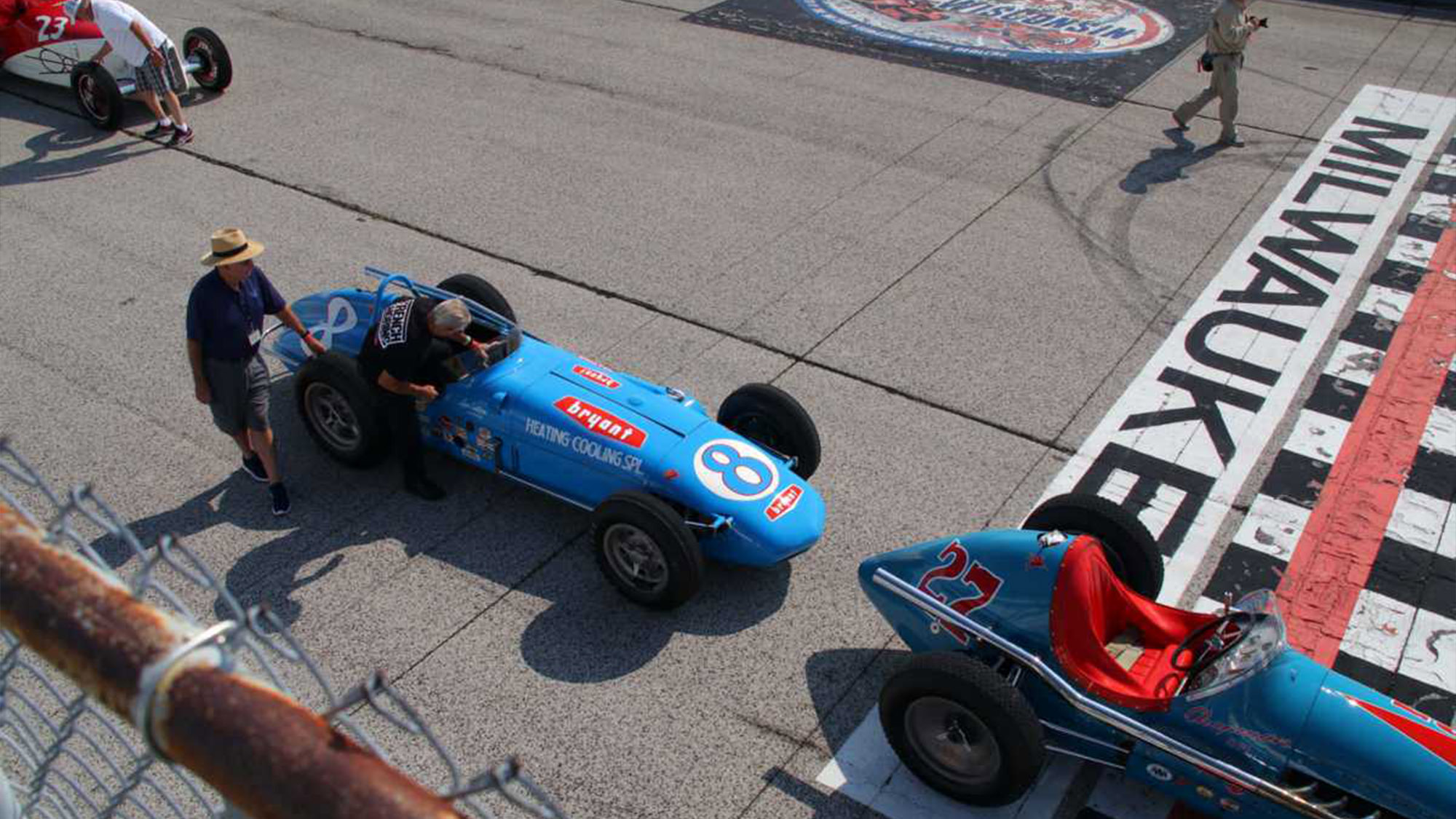 It’s 100 years since the first Miller win, after which it dominated ’20s and mid-’30s US racing

And yet despite their race record and rarity – no more than 50 turnkey cars came out of the factory in Los Angeles – Millers were overlooked for many years. They were largely ignored in racing histories, and they were far less collectable than, say, Bugattis that copied the Miller valvetrain so faithfully that a Meyer-Drake/Offy tappet will fit a Type 51 Grand Prix car.

In 1981, Mark Dees published his magisterial history, The Miller Dynasty, which briefly raised the marque’s profile. But not for long. As Harold Peters, who went on to found the Miller/Offenhauser Historical Society in 1999, put it: “Most of the historians were gone, and there was a small group of passionate collectors.”

These Miller cultists scrounged and treasured original parts and technical drawings as if they were sacred relics and religious icons. By 1995, enough running cars had been cobbled together that the late Dave Uihlein, heir to the Schlitz Brewing fortune, was inspired to promote an event that came to be known as the Miller Meet.

The inaugural get-together drew a few dozen cars and felt more like a family picnic than a vintage-car extravaganza. The cars, most restored by their owners, were driven casually rather than raced competitively and, if somebody was going too fast, Uihlein himself angrily black-flagged him.

A quarter-century later, same as it ever was. Although big-time auctioneer Dana Mecum is a past president of The Harry A. Miller Club (as well as a prominent Miller collector), corporate branding and VIP hospitality tents are conspicuously absent at the Miller Meet. A general admission ticket gets you into the hot pits, yet participants still seem to outnumber spectators.

If you hang around the paddock long enough, somebody’s likely to offer you a ride in one of the two-seaters built for the so-called Junk Formula. If you’re really lucky, an owner might even allow you to drive his car. The only requirement to get on the track is a crash helmet.

Officially, the speed limit is 60 miles per hour, though Miller Club president Tedd Zamjahn acknowledges that drivers have been known to put the hammer down on the back straight. Midgets are prohibited. So are rear-engine cars. But the club isn’t dogmatic about it. “I like to say that if you show up with an Auto Union, we’ll let you on the track,” Zamjahn jokes.

The Millers are the American analog to the Silver Arrows – technical and aesthetic masterpieces that rendered the competition instantly obsolete. And while the Miller Meet may not provide any gripping wheel-to-wheel action, à la Goodwood, simply seeing and hearing them on the track is worth the price of admission.