Two years ago, Taylor Hagler realised suddenly – and sickeningly – that she’d reached the big time as she listened to the “Star Spangled Banner” blasting over the loudspeakers before her first professional race, the IMSA Michelin Pilot Challenge season opener at Daytona.

“I looked at my lead mechanic and said, ‘I’m gonna throw up,’ and he told me, ‘Go do it in the grass over there. They’ll never notice,’” she recalls. “I’d grown up watching IMSA and visualising what it would be like to stand in pit lane, in row formation, when they play the national anthem, And then, magically, there I was.”

Later this month, almost two years to the day after that epiphany, Hagler will start the 2022 season as the reigning champion, with co-driver Michael Lewis, of the Michelin Pilot Challenge Touring Car class. She is the first female title-holder in Pilot Challenge history – a remarkable achievement for a 26-year-old woman with only four seasons of racing under her belt.

A Texan who spent 10 years jumping horses competitively, Hagler grew up following racing as a fan with her father, but she didn’t get her first chance to drive a race car until she was a senior in college. Her older sister had received a gift certificate to the Skip Barber Racing School but never redeemed it. “I was like, it’s just sitting there, and it’s already been paid for, so I might as well use it,” she says. 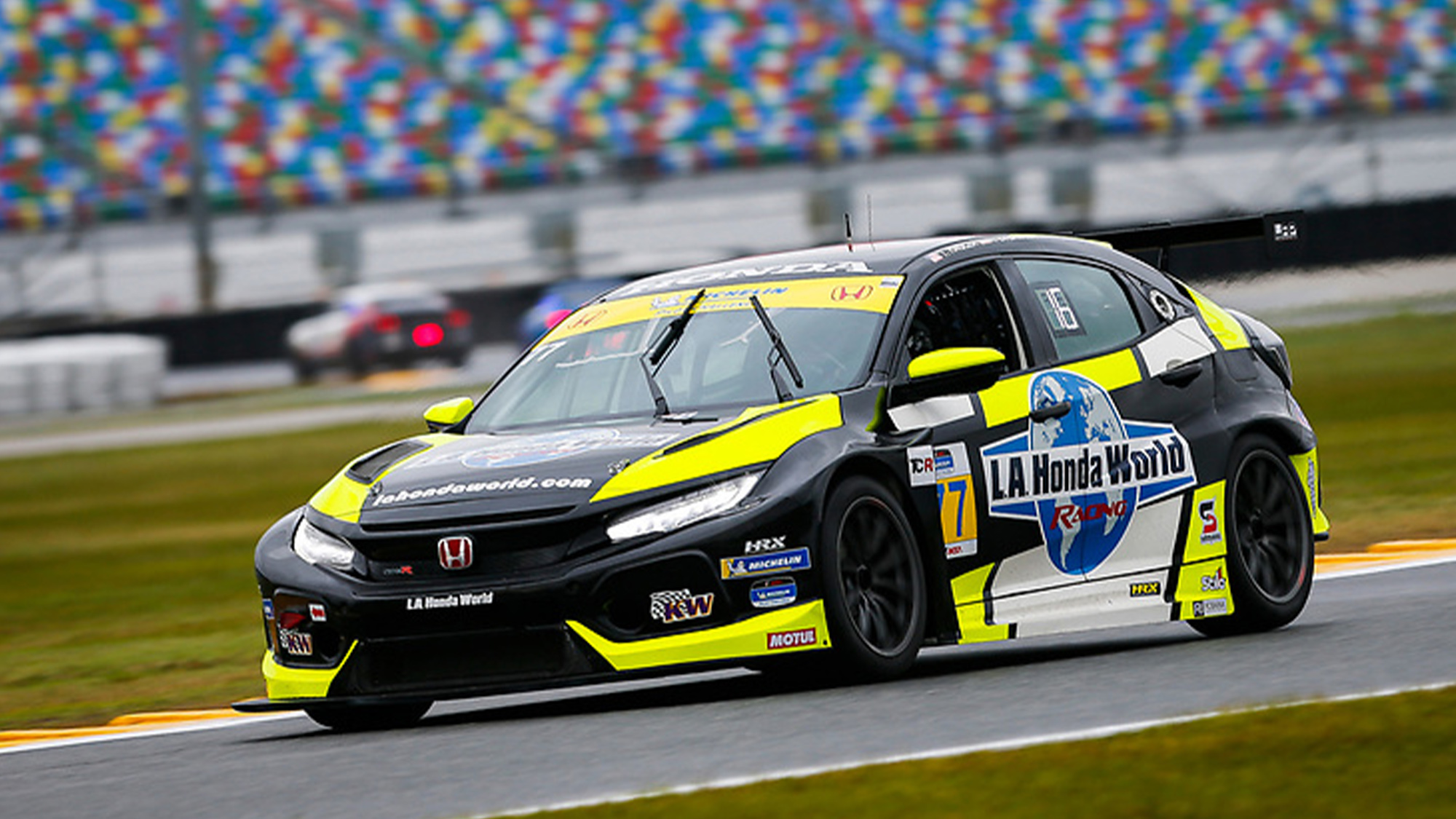 Hagler enjoyed the Skip Barber experience so much that she decided – with her father’s help and encouragement – to go club racing. She spent a year learning the basics in the crazy-competitive Spec Miata class, then graduated to TCA-class Honda Civic in the SRO TC America series. This led to an association with Honda Performance Development and a Michelin Pilot Challenge ride in a TCR-spec Civic Type R. But even after this step up in class, she didn’t envision a future in professional motor sport.

“I really didn’t think I was going to get to where I am now,” she says. “I mean, I got my [college] degree. I’ve been working full time the entire time that I’ve been racing, making sure to have a backup because I didn’t expect this to be a career. It was more like a hobby until pretty much about, like, last year.”

The turning point in her journey came at Mid-Ohio in 2020, when Hagler parlayed a banzai last-minutes-of-qualifying lap into a stunning pole position. Among the people she impressed was Bryan Herta, the former IndyCar star who ran the factory Hyundai program that was the 800-pound gorilla in the TCR class. 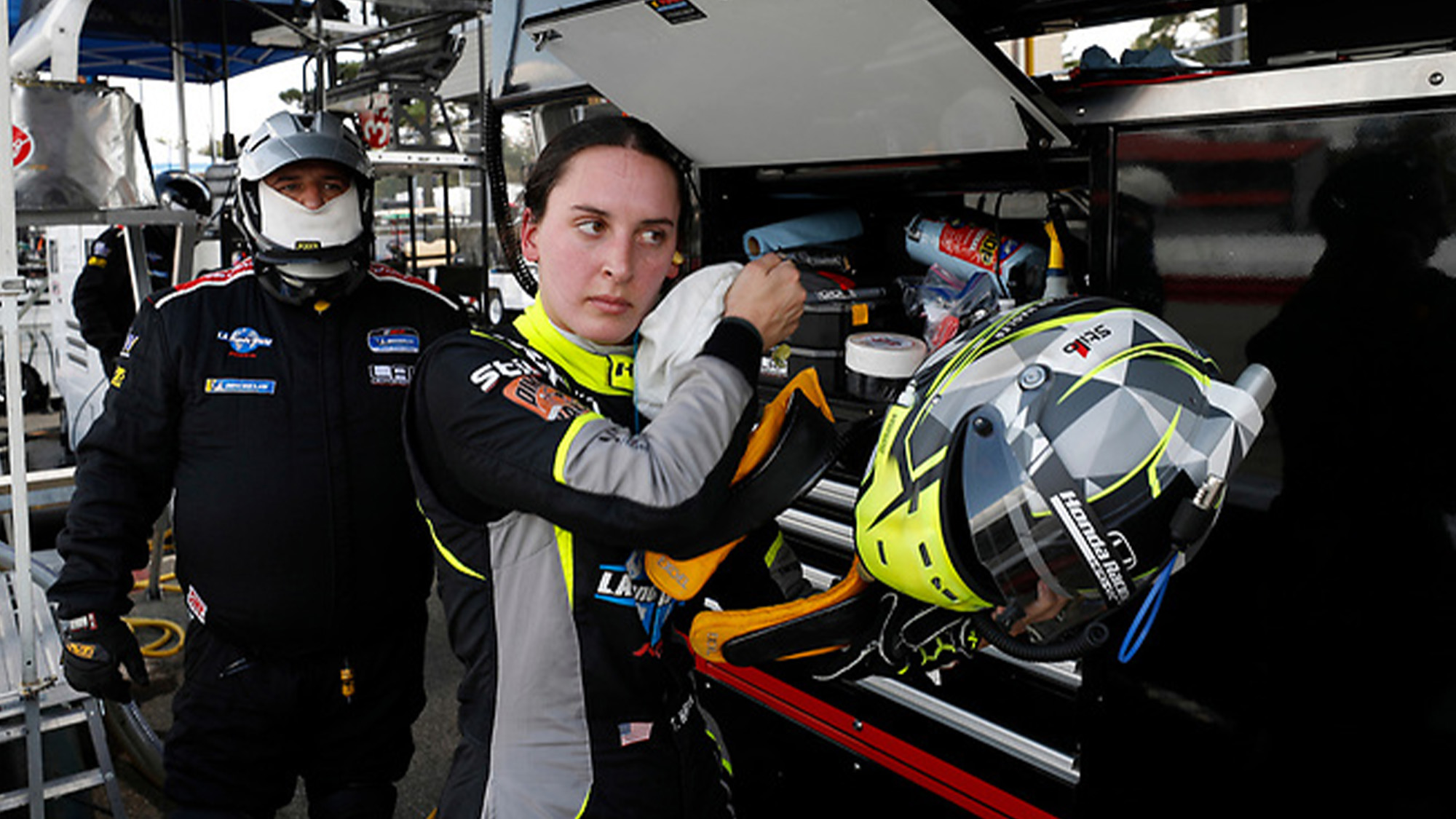 “Hyundai had expressed an interest in having a female driver as part of the team, so Taylor was on our radar,” Herta says. “But we weren’t just looking for a female driver. We were looking for a potential champion driver. And when I learned more about Taylor’s story and about how new she was to racing, I thought there was a lot of potential there.”

Herta signed Hagler for 2021 and paired her with Michael Lewis in a Veloster N TCR. A veteran of several years in Europe racing competitively in various Formula 3 series, Lewis was a member of the Porsche Young Driver program before joining Bryan Herta Autosport. In 2019, he and co-driver Mark Wilkins shared the Pilot Challenge TCR drivers’ championship.

Although Hagler acknowledges that she was about a second slower than her vastly more experienced teammate, she and Lewis were a formidable pair. They scored five podiums and won at Lime Rock en route to clinching the championship one race before the season ended. This year, they’ll be defending their title in a new Hyundai Elantra N TCR.

Last year, in addition to her IMSA commitments, Hagler also raced an Acura NSX GT3 car in the pro-am class of the SRO GT World Challenge Americas series. With co-drivers Dakota Dickerson and Jacob Abel, she won three races and finished a close second in the drivers’ championship while being named Rookie of the Year.

“I learned a lot from driving that car that I was able to take over into the TCR car,” she says. “I don’t like oversteer. I would much rather deal with understeer then oversteer, which you obviously don’t get a lot of in a front-wheel-drive TCR car. Driving a 600-horsepower GT3 that can break the back end [loose] every time you step on the gas gave me more confidence to handle oversteer. So we were able to loosen up the TCR car a little bit more, which obviously made it faster.” 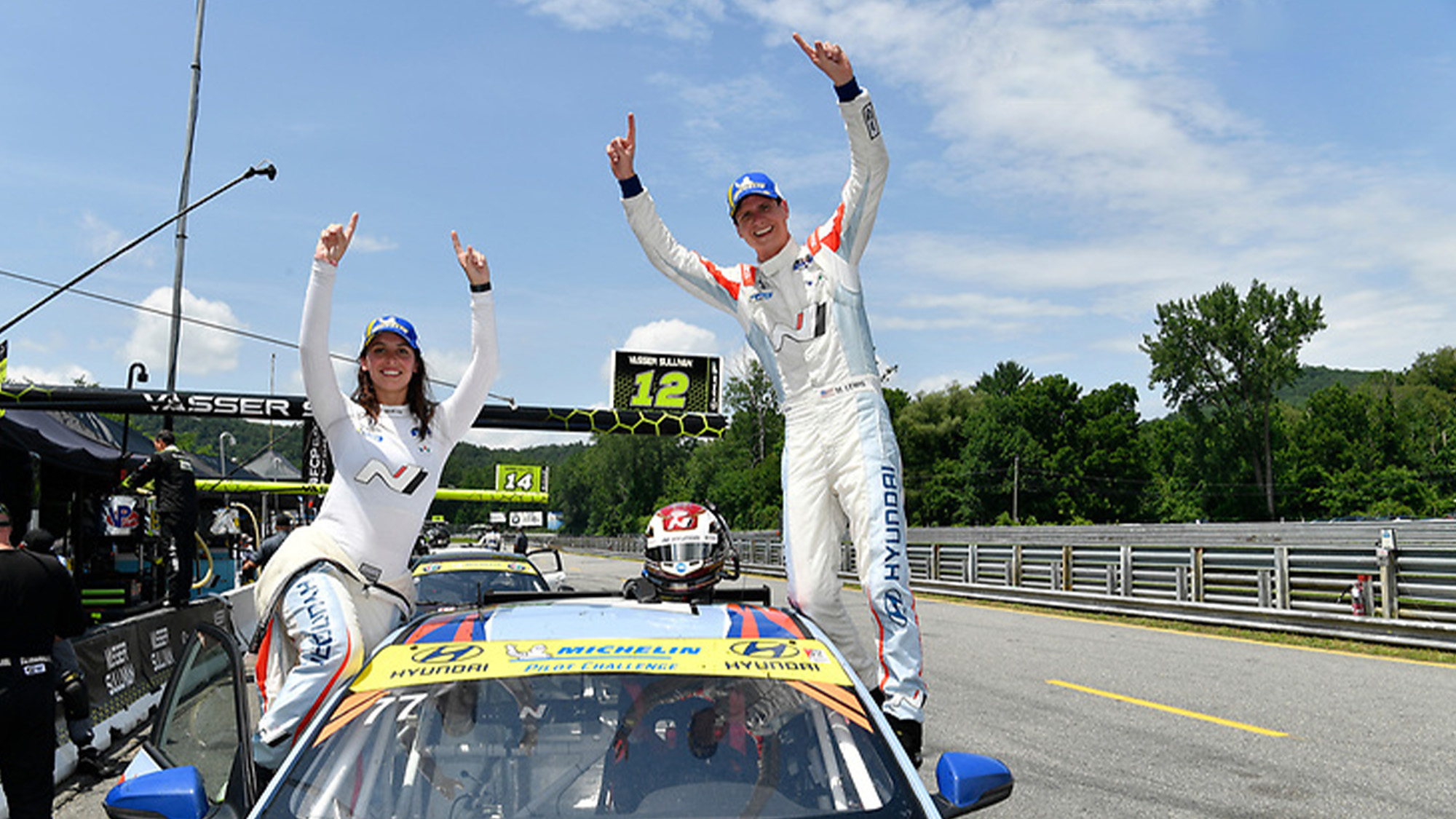 Unlike Lewis and most drivers who climbed up the ladder through karting and formula cars, Hagler prefers to brake with her right foot, so there’s probably some time being left on the table there. She also admits that she doesn’t always get the most out of her tires, especially when grip is at its peak. This, she says, especially hurts her during qualifying. By the time she’s got the car fully dialed in, the tires have already started degrading.

But Herta isn’t worried about her on-track performance. “I think her future potential is very high because she’s so early into her career path,” he says. “Most kids start in go-karts when they’re 6, 7, 8 years old. She didn’t do that, so she started from behind the eight ball. But she’s shown that she is willing to put in the work, and she has the natural ability to shorten up that learning curve.”

Although Hagler understands that she’s got a long way to go, she’s come along far enough to have some lofty aspirations. “When I started racing, my goal was to be a factory endurance driver,” she says. “Technically, I already am because a two-hour race is an endurance race, and I am a factory driver. So at this point, my goal is racing in the 24 Hours of Le Mans.”

Wonder how she’ll react as she awaits the start of that race.