I have to agree with Rob Widdows’ words about John Surtees.

Without doubt the man deserves a knighthood and here’s hoping the honour will soon be bestowed. Here in America, of course, we live without such lofty titles so our greatest American racers will remain merely Misters. Debating who the greatest are in any field is a typical mid-winter pastime so here are my thoughts about the USA’s greatest racing men.

One thing that’s hard to debate is Mario Andretti’s claim to achieving more than any other American racing driver. A dozen years ago votes from both fans and media chose Andretti as the USA’s greatest driver of the twentieth century and it’s an uncontested fact that Mario’s record of success over a wide range of racing categories – and an abnormally long and competitive career – puts him in a league of his own, undisputed by his many challengers. 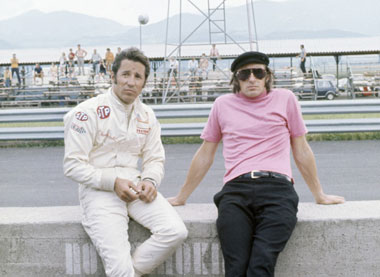 But there’s more of a debate about who America’s greatest overall racing man of all-time may be. You could nominate Bill France Sr. and his son Bill Jr. for founding and building NASCAR into the USA’s most successful form of racing. You could also nominate Roger Penske for creating America’s definitive race team of the past 50 years. Or you could reach back and select a guy like Harry Miller, who designed and built the fantastic Miller Indycars from the 1920s and ‘30s.

Then of course, there’s Dale Earnhardt who has become even more of an icon of stock car racing in death than he was in life, or Richard Petty, NASCAR’s King, with an incredible 200 wins to his credit. And there’s Andretti for not only making himself the personification of the international American racer but also for transcending the sport and becoming a renowned example of the American immigrant made good.

But there’s no doubt in my mind that Dan Gurney is America’s greatest overall racing man. Dan’s driving career is one of the few that rivals Andretti’s for diversity and achievement while his remarkable second career, spanning more than thirty years as a team owner and innovative car builder, elevates Gurney to a unique category. 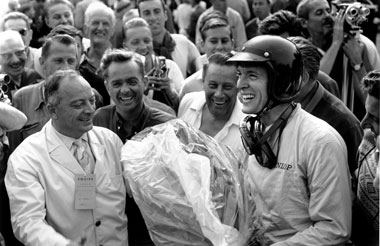 Dan was as versatile as they come, winning in Formula One, long-distance sports cars, Can-Am cars, Indy cars, NASCAR stock cars, Trans-Am cars and almost anything in between. He always preferred to do his own thing and his record as a driver in F1 is probably less impressive than it might have been had he chosen not to pursue his dream of building and racing his own Eagle racing cars out of his All American Racers shop in Southern California.

Gurney raced F1 cars for twelve years from 1959-’70. In that time he won four world championship Grands Prix and three more non-championship F1 races of which there were many in those days. He finished third in the 1961 world championship, tied with Stirling Moss, and was fifth in the championship in 1962 and ‘63, sixth in ‘64, and fourth in ‘65. He started from the front row twenty-two times in 86 world championship starts and set track records at true driver’s tracks like Spa and the Nürburgring. 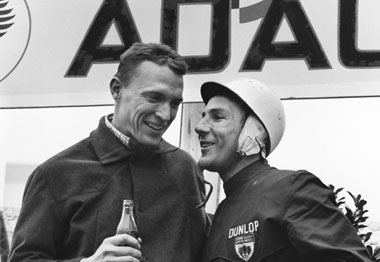 As a long-distance sports car driver Gurney was as good as they come. Dan won the Sebring 12 Hours and the Tourist Trophy at Goodwood with Ferrari in 1959; the Nürburgring 1000Kms with Stirling Moss in a birdcage Maserati in 1960; scored a famous win in the inaugural Daytona international sports car race in 1962, run over three hours; and co-drove a Ford Mk IV with A.J. Foyt to win at Le Mans in 1967 the week before winning at Spa in his own F1 Eagle-Weslake.

Dan’s driving career is unrivalled by any American other than Andretti, but his highly successful second career as a team owner and car builder sets him apart. All American Racers built and raced winning cars for many categories – F1, Indy/Champ cars, GTO & GTP cars – over a 34-year stretch running from 1966-’99, starting with the beautiful and very competitive 1966 and ‘67 F1 and USAC Eagles. AAR’s record of wins over that time includes fifty Indy/Champ car wins in USAC and CART, two F1 wins, four in IMSA’s GTU category, six in GTO, and 21 in GTP. 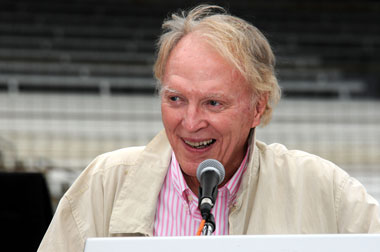 So there you have it. No other American racing man measures up to Dan. And with the Delta Wing, he’s still at it.