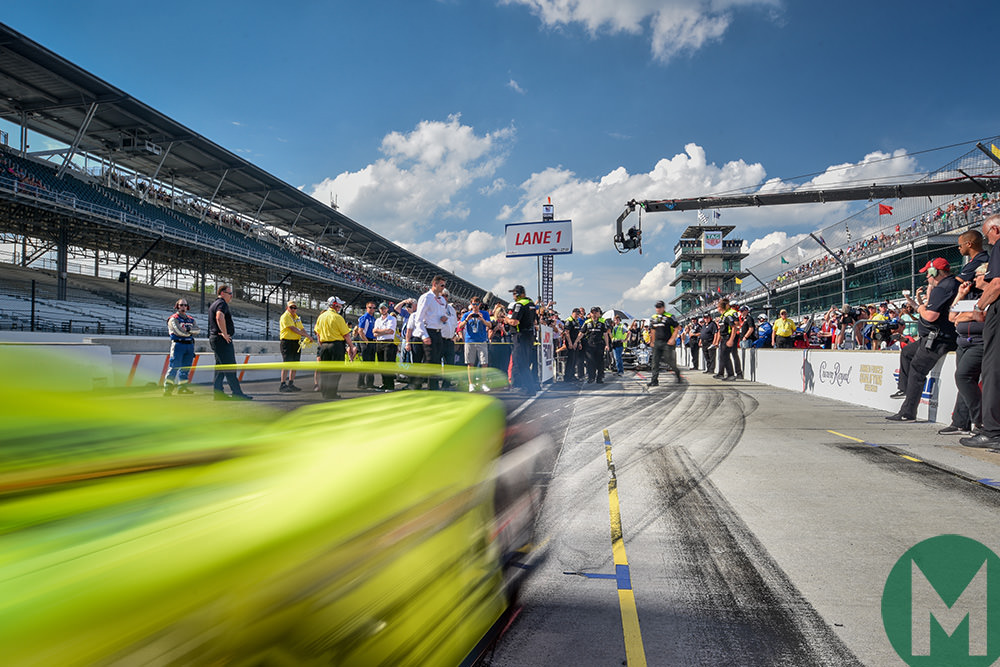 Ed Carpenter became the 10th driver to collect three or more pole positions as he aced qualifying at 230.088 mph on May 20.

His four-lap average of 229.618 mph eclipsed that of runner-up Team Penske driver Simon Pagenaud, whose team-mate Will Power joins them on the front row.

Hélio Castroneves, who set the pace for Penske in practice, settled for eighth.

James Hinchcliffe, fifth in the standings, failed to qualify having been bumped out of the top 33, joined by Pippa Mann who will make this Indy 500 her last. However, Hinchcliffe may join Schmidt Peterson Motorsports for the race and IndyCar could widen the field to accommodate 35 drivers as in 1979 and 1997.