Kevin Magnussen knew when he saw his father Jan competing in Indy cars back in the late 1990s that he had to do the same when he was older.

Now, the younger Magnussen has his chance to compete where his father did so long ago.

After spending the last few F1 seasons scraping for points when and where he could, Magnussen will make his NTT IndyCar Series debut today at one of the most iconic race tracks in North America: Road America.

Arrow McLaren SP announced Wednesday that the Dane would replace the injured Felix Rosenqvist who is still recovering from injuries suffered last Saturday at Detroit. Rosenqvist’s No7 Chevrolet speared through many layers of tyres at Turn Six, knocking over a section of the concrete wall after a fluke mechanical failure kept the throttle stuck wide open after a sequence of downshifts.

Magnussen is jumping into the deep end for his first IndyCar race alongside team-mate and current IndyCar points leader Pato O’Ward. Instead of having a longer period of preparation, Magnussen had to learn everything he could about the 14-turn, 4.014 mile road course in the span of a couple of days.

The Arrow McLaren SP engineers have helped Magnussen learn all he can before turning 14 laps in Friday’s practice session. Between one day of testing at the circuit months ago in a Cadillac DPi for Chip Ganassi Racing and watching onboard videos and races from previous years, Magnussen has exhausted all preparation options in such a short time he had before practice.

“It doesn’t really compare to any other experience I’ve had,” Magnussen said about his condensed prep schedule. “This is certainly the very least prepared I’ve ever been to step into a race. But, you know, at the end of the day, […] it’s not the greatest circumstances when you’ve got a driver out because he got hurt in a crash. Luckily, [Felix]’s recovering very well and he’s going to be fine. But yeah, I mean, when you get an opportunity like this, I’m a racing driver and when an opportunity comes to go and drive an awesome race car like an Indy car, I had to take it.”

Magnussen’s IndyCar debut coincidentally comes for the same organisation that started his F1 career. In 2014, Magnussen finished second in the season-opening round in Australia in what would be his only podium in F1.

McLaren bought into the IndyCar team co-owned by Sam Schmidt and Ric Peterson in 2019 and the team has raced with fellow McLaren F1 alumni Fernando Alonso and Juan Pablo Montoya at the Indianapolis 500. This helps bring Magnussen’s career full circle.

“The bumps aren’t a problem. We’re racing drivers, just get on with it!”

“It’s great to be back with the McLaren brand,” Magnussen said. “It’s been home for me for many years, but I spent my whole kind of junior career being a young driver for McLaren in the F1 programme and I have a lot of good memories from that. You know, they gave me […] lots of good memories and in that regard, so nice to be back with that brand. ”

Magnussen spent the last four F1 seasons teamed with Romain Grosjean at Haas F1 before both were released after 2020. Since then, the 2013 Formula Renault 3.5 champion has paid close attention to Grosjean’s IndyCar adventure after the Frenchman signed with Dale Coyne Racing with Rick Ware Racing to race the No. 51 Honda.

“I see Romain is doing well and I’m happy to see him,” Magnussen said. “I can see how big of a smile he’s carrying around and he’s certainly enjoying himself around here and he’s had a good season so far as a rookie learning all the new tracks, […] these tracks are difficult, so for him to be doing pole positions already and podiums and it’s pretty impressive to see, so it’s nice.” 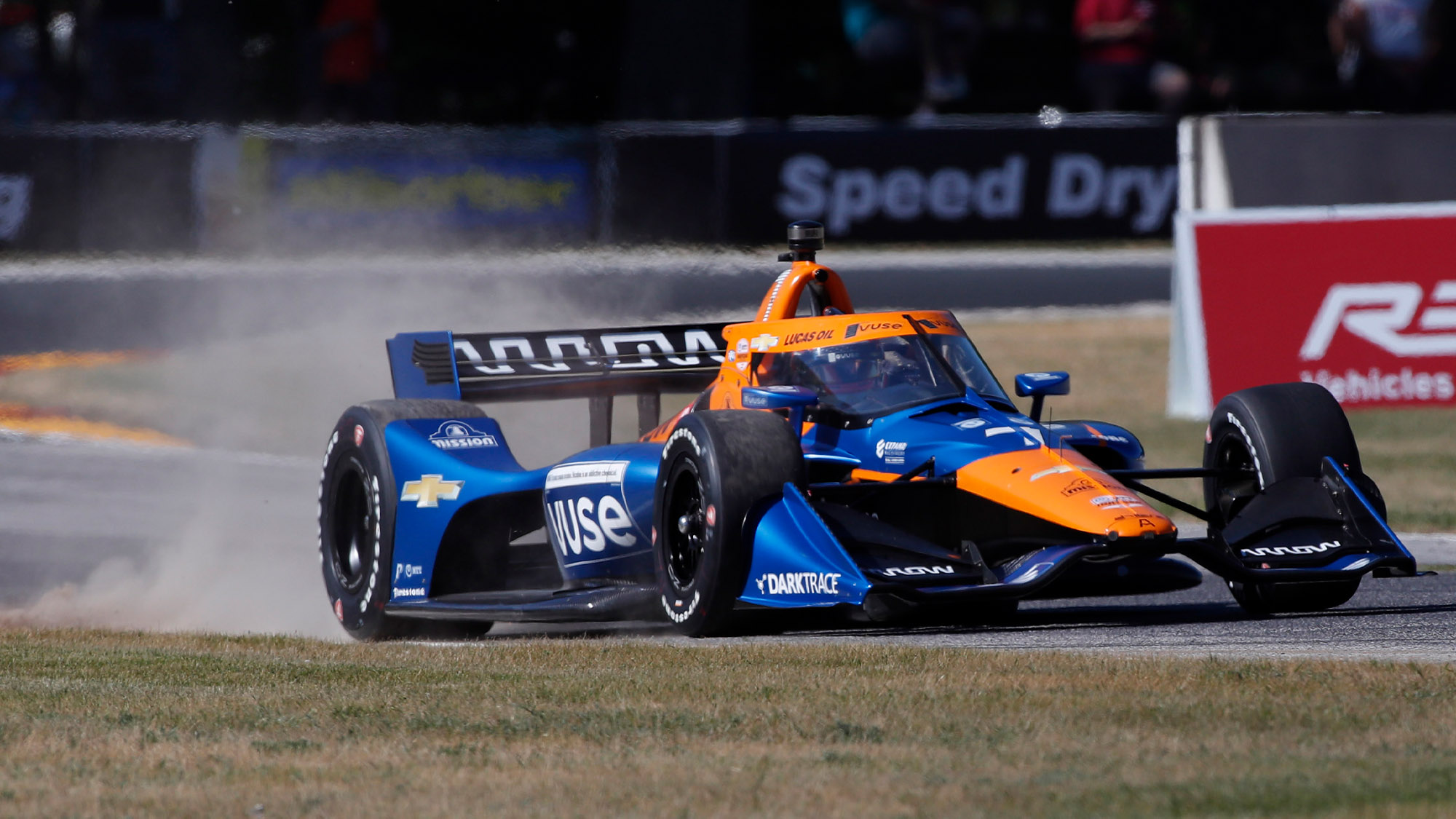 Magnussen has only had two days to adjust to IndyCar

Magnussen, meanwhile, signed with Ganassi’s DPi programme with co-driver Renger van der Zande, and so both former Haas drivers have had to spend the last seven months learning all new racing circuits.

Instead of racing at pristine, smooth circuits like Suzuka and Silverstone, Magnussen and Grosjean have driven at Sebring, Detroit and Mid-Ohio Sports Car Course, the latter pair of which both drivers will have raced on by the time 2021 has concluded (Grosjean only tested at Sebring).

“These [North American] tracks, they haven’t really been changed for decades and you feel that character has remained in the track,” said Magnussen. “It’s not a problem that it’s a little bit bumpy. In Europe they complain if there’s a little bump on the track. We’re racing drivers, just get on with it!

“I think it’s great to come to a track like this that really really has character and soul and it’s a real challenge driving on these tracks, challenges like that makes the job for the driver harder and the challenge bigger but it also means that you can make a bigger difference as a driver so I think that’s a very good thing.”

“It was wild, it feels extremely fast because it’s tough to drive,” Magnussen said. “It’s giving a lot of feedback in the steering wheel and it’s moving around a lot in the high-speed corners, which I’m not used to from Formula 1, [when] it’s stuck to the ground in high speed. The steering wheel gets super heavy in the high-speed corners when the downforce is on and it’s a real challenge driving it, I love it.”

Magnussen stated that the Indianapolis 500 is something that he would like to attempt one day. However, winning Chip Ganassi his first DPi championship come first, and then after that, focusing on the next objective can commence: Indianapolis. Good thing Magnussen isn’t afraid of ovals.

“I’m not really scared of many things.”