For the second year in a row hometown favourite Ed Carpenter is on the pole at Indianapolis. Carpenter, 33, is Tony George’s adopted son and came up through midgets and sprint cars. He’s been racing Indycars for 10 years and scored his first IndyCar win on the Kentucky oval in 2011. Carpenter has run his own team the past two years scoring his second win on the high-banked California Speedway at the end of 2012 before taking his first Indy 500 pole last year. 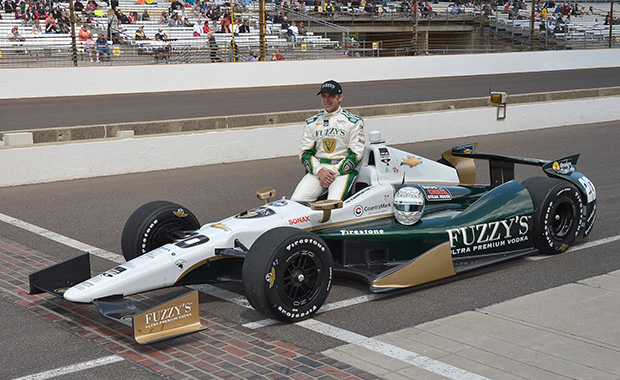 At Indianapolis last year Carpenter led 37 of the opening laps but fell back as the race wore on, eventually finishing 10th. Ed is a gentleman and an understated fellow, but he hopes to put on a much better show in this year’s 98th running of the 500. 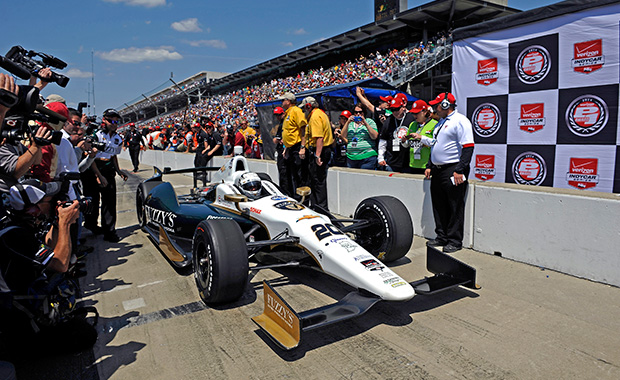 “After winning the pole last year,” he remarked last Sunday, “I think we have a better idea for me and the whole team of how to be prepared for the race and how to manage the week. Hopefully, we’ll be better prepared next Sunday than last year.”

At the end of last year Carpenter decided to focus strictly on oval racing this season. He made a wise decision to put Mike Conway in his car for the street and road races and Conway came through to win at Long Beach last month.

Carpenter is also running a second car at Indianapolis this month for JR Hildebrand, the almost-winner of the 2011 500. Hildebrand was as quick as Carpenter through practice last week and qualified ninth, so he starts on the outside of row three.

“To have JR out there getting work done all week has been really nice,” Carpenter said. “The conditions were hard today and having him go first was a help because we made an adjustment based on his information. So we definitely felt the benefit of having a team-mate.” 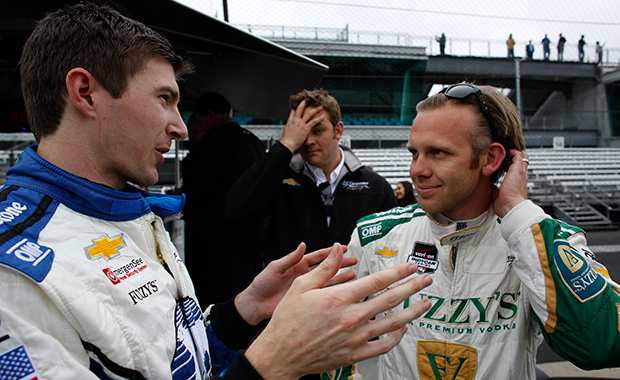 After setting the pace in the final days of practice last week Carpenter was confident of taking the pole but felt more pressure than last year. “I felt that it was harder this year,” he remarked. “When I made my run last year we didn’t really have anything to lose, but this year, being the last guy to go out, I think there was a little more pressure to not mess it up because I felt like we had the speed to do it. I felt like as long as I didn’t mess it up, we were going to win the pole. But it was a more stressful run for me for sure.

“In my third lap I dropped to a 230.8[mph] which was right at the limit. I had been struggling for speed, like everyone, so I changed my gear strategy on the last lap just to try to maintain and not slide anymore, and I was able to duplicate my third lap on the last lap.

“Knowing what my rpms were and what speed I was carrying into turn three and four was fabulous. Going into three I made sure I nailed those last two corners. I got low in turn four on the last lap but the car had been sliding so much I was just trying to give myself as much room as I could to make it through there.

“I was running out of room leading up to that. I was using every inch of asphalt that I could but coming down the front stretch I really just kind of enjoyed it, knowing we were going to be on the pole.” 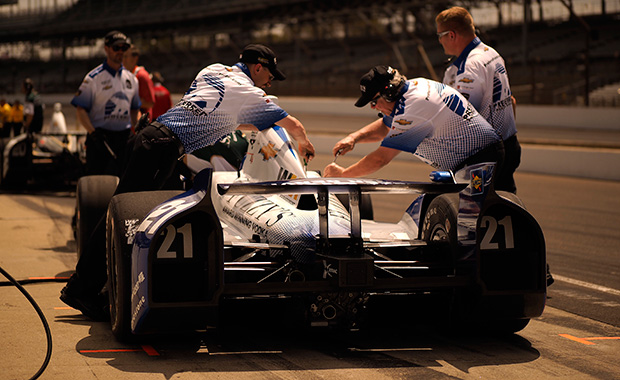 It took Carpenter 2min 35.799sec to complete the four flying laps, averaging 231.067mph, the fastest pole lap at Indianapolis since 2003.

This year’s 500 will be Carpenter’s first race this year but he doesn’t see this as a problem at all. “No one’s raced on an oval since Fontana at the end of last year so I don’t feel like I’m missing much,” Ed observed. “We tested as much as anyone I think and I don’t feel lacking or unprepared. I feel the same now as when I was racing full-time and so much of it here at Indianapolis is mental and in the preparation.”

James Hinchcliffe did an excellent job to qualify second after missing the first five days of practice because of a concussion incurred in the previous weekend’s race on the IMS’s road course. Hinchcliffe was hit in the helmet by a piece of Justin Wilson’s broken wing and the impact left him with a very bad headache. He wasn’t cleared to drive until Friday and was able to run only 18 minutes of practice prior to last weekend’s qualifying runs.

“To think that only a week ago I wasn’t allowed to operate a cell phone and today I’m whipping an Indycar around IMS at 230-plus mph is pretty incredible,” Hinchcliffe said. “My team and team-mates did an incredible job to get these cars ready. I jumped in for one run and to have this car on the front row is incredible. If this had been a one or two-car operation there’s no way we could have done that. We would have been much further down. 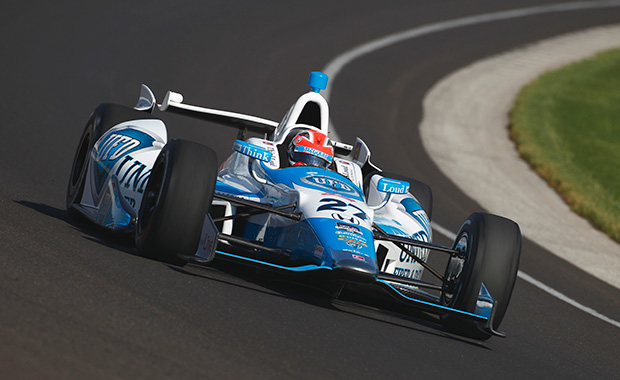 “I took the feedback that my team-mates were giving me at face value. I knew what to expect from the car and that was a huge part of it. So it was just getting back in there and trusting my team-mates.”

But Hinchcliffe’s qualifying run was far from smooth sailing. “The thing was a handful,” he admitted. “I was working pretty hard and into turn three on the last lap it just stepped out a little bit. I had to take some wheel out of it which made understeer on exit and you don’t really have time for a correction. I had to crack the throttle and I knew that was it as far as beating Carpenter to the pole.

“I was screaming in my helmet in turn four and down the front straight because I knew I had lost the pole. We kind of knew we were racing for second because Ed was so quick yesterday.” 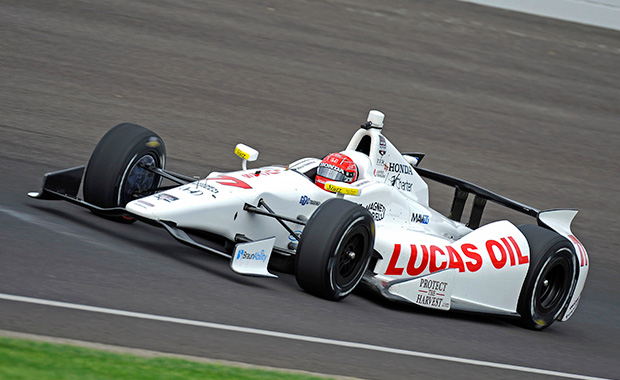 Front row starter Will Power made the point that the field is so close these days it’s impossible to predict a winner. “You’ve got to the point now where everybody has exactly the same stuff,” Power said. “There isn’t a car out there that can’t win. The whole field is going to start and finish on the front stretch and they’re all going to be there on the last lap. It’s all about drafting and track position. No one can get away.

“To me, I would rather it was the old way where if you had a good car and if you could trim it out, you could pull away. I think, to me, that’s more putting the driver in it. But the way it is now, you’ve got to run very close in traffic, which is extremely difficult. It’s become harder than ever to win this race.”