Who wouldn’t want to drive a pace car? We sift through Barrett-Jackson’s Palm Beach catalogue ahead of its April auction 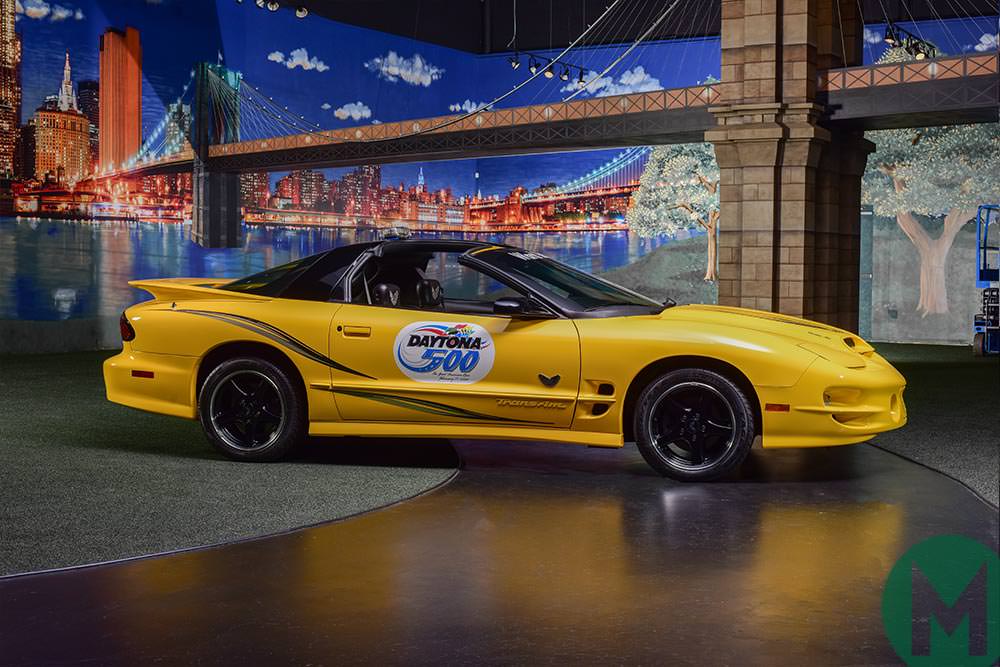 This Trans Am was the actual pace car for the 2002 Daytona 500, driven by television presenter Jay Leno. It almost met a sorry end during the race as with five laps remaining, the race had to be restarted and Leno led the field out to green. When he returned to the pits, an accident occurred and Michael Waltrip’s stock car was sent spinning into the pitlane, narrowly missing Leno in the pace car.

Having completed just 2976 miles – 1190 laps of Indianapolis – this Corvette is powered by a 350CI engine producing 185hp through a three-speed automatic transmission. Chevrolet produced 6502 of these models (one for each dealership in North America) to celebrate the 25th anniversary of the Corvette. The decals were included as a kit, while the ‘fastback’ design was a marked departure from previous Corvettes. After the Wall Street Journal unexpectedly ran an article on this Corvette’s collectability, prices for this headline-grabbing car shot up in the late ’70s.

Fewer than 100 examples of this Camaro Z/28, which was chosen to be the pace car of the 1996 Brickyard 400 NASCAR race at Indianapolis, were built. Chassis no12 has the decals (included in a kit), but it’s the 5.7-litre V8 engine producing around 325hp and rare white paintscheme which put this Camaro ahead of the pack.