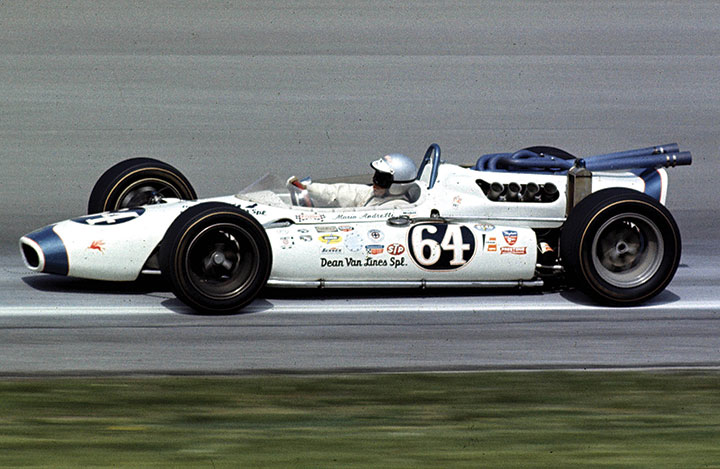 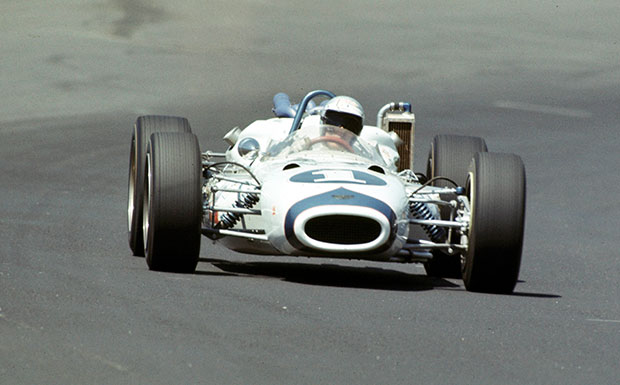 In Indycars, the car that really launched my career was the Brabham/Brawner Hawk that Clint Brawner built in 1965. We raced that car through 1967 and won two championships with it.

In ’66 and ’67 I had two Indy 500s with that car that were the easiest of my career and I should have won, but we didn’t finish. That was a car I totally understood. I would decide what springs to run and we used to jack weight into the anti-roll bars with that car. We had some trick shit that really worked and I had a lot of fun racing it.

From the Motor Sport archive.

The 50th Indianapolis 500-mile race will be remembered for two major upheavals, other than the lap one crash. Firstly, it is the end of an era, the era of the big hairy roadsters with brave middle-aged men driving them. Secondly, it is the start, regulations permitting, of the participation of scientific European road-racing teams, with their comparatively young, high-skilled drivers.

This year the front row of the grid consisted of three British chassis, a Brabham and two Lotuses, with Clark sandwiched between Andretti and Snider. The two American drivers had both been tyre testing at the track for some months and their cars were set as perfectly as could be possible, while Clark was complaining that his car was handling “like a pig,” which probably accounts for his two spins during the race.

Of the 33 starters, only one was front-engined, and he was the 33rd qualifier. Twenty-four cars were using the 4-cam Ford V8 engines, while the other nine were on Offenhausers. The Offenhausers were again split into three : three engines were 4.2-litre, twin-cam 4-cylinders, three were 2.8-litre, Roots-supercharged, 4-cylinder engines, and three were 2.8-litre, exhaust-driven turbocharged 4-cylinder engines.

This year not all the cars had offset suspension, the fastest qualifier, Andretti, had symmetrical suspension, as did all the Gurney Eagles. Although the suspension on these cars were not offset, the main fuel tank was on the left, so putting more static weight on the left-hand wheels. Tyre wear has improved to such a degree that, barring accidents, no one needed tyre changes. The 33 cars were split evenly on what tyres were used, 17 being on Firestone and 16 on Goodyear. Most of the Firestones were new low profile tubeless tyres which had a weight saving of up to 5 lb. per wheel.