How has Alonso fared so far during Indy practice? And who are the main contenders in this year’s race? 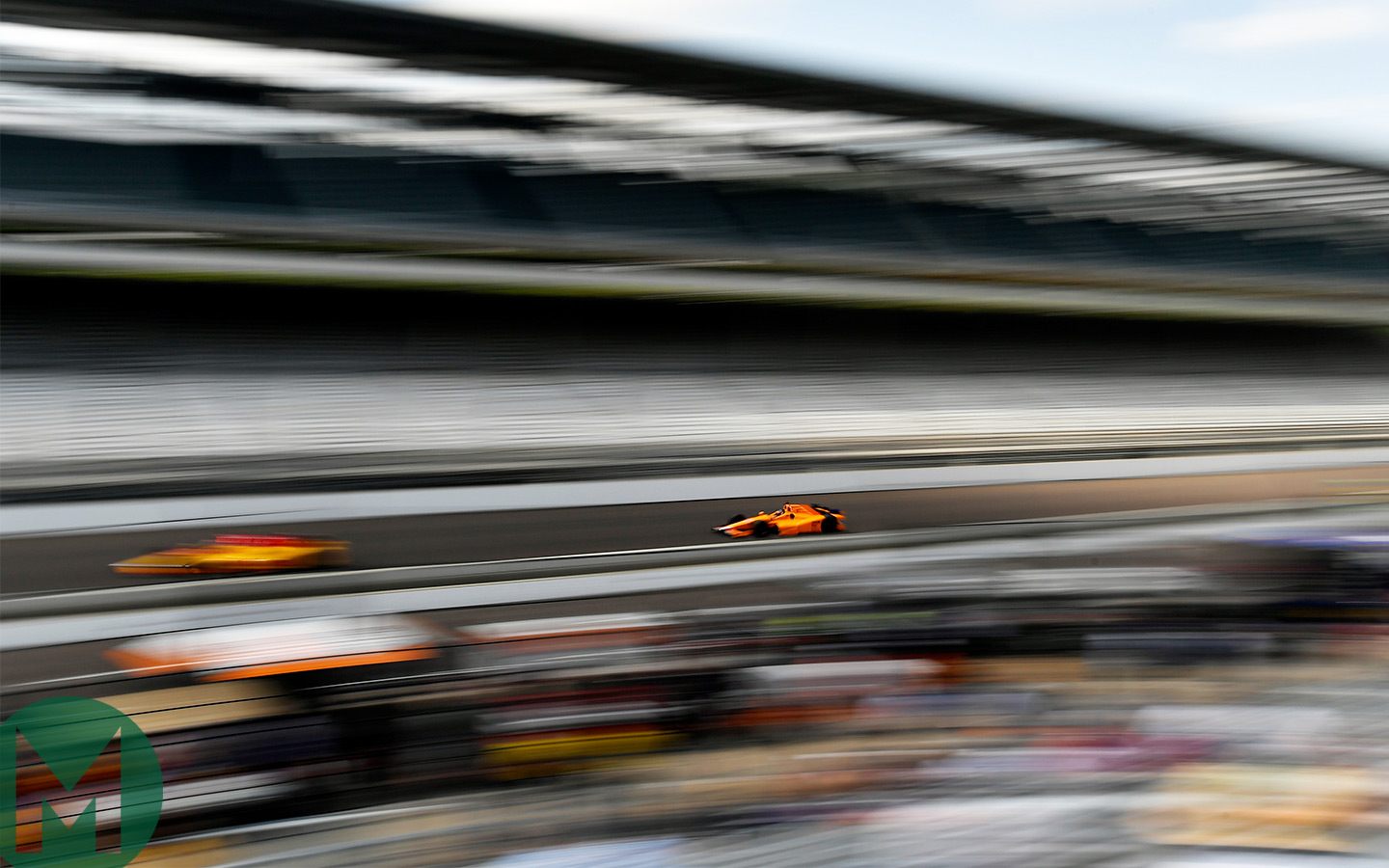 Even with the much-hyped presence of two-time Formula 1 world champion Fernando Alonso, it was a strangely subdued first week of practice for the 101st running of the Indianapolis 500. Temperatures were up, speeds were down, and the tension that usually hangs over the Indianapolis Motor Speedway in the lead-up to Indy 500 qualifying weekend was generally less intense than usual.

Marco Andretti ran a 226.338mph lap on opening day, some 2.6mph slower than when he paced the first day of practice a year ago, and any speed-related excitement never developed. Speeds continued to drop, affected first by hot, humid conditions, then by strong gusty winds that rendered on-track activity to a minimum on Wednesday and kept drivers on their toes into Thursday. On Thursday, Jay Howard (the 2006 Indy Lights champion with a dozen career Indycar starts making a comeback with Schmidt-Peterson Motorsports) finally upped the ante to 226.744mph.

The truncated ‘Month of May’ format leaves more than 30 hours of practice time available prior to the qualifying weekend. But even though rain hasn’t been a factor yet this year, track conditions have been at their most difficult. The deceptively simple four-corner IMS ‘oval’ is slick and treacherous when it gets hot, and so far, the ambient temperature has topped 85 degrees F for every practice day. Mix in the wind that rolled in mid-week and there was little incentive to take advantage of the six hours of practice time available each day, for field fillers or pole contenders.

Not that actually qualifying for the race is going to be a problem, because there are only 33 entries to fill the hallowed eleven rows of three that make up the Indianapolis field. The lack of any potential for drama over bumping at the back of the field has only accentuated this week’s anticlimactic air.

Alonso played himself in slowly, posting the 19th fastest speed on opening day. He topped the field by completing 117 laps on Tuesday, much of it spent running in tandem with his five Andretti Autosport team-mates in an attempt to learn the behavior of the Dallara-Honda in traffic. On the windy Wednesday, Alonso focused on pit stop practice and turned the fourth-fastest lap on a day when less than half the field chose to practice.

More significantly, Alonso was fourth fastest on Thursday, setting his fastest speed of the week at 225.618mph at a time when most other drivers running qualifying simulations were in the 220-222mph bracket.

The Spaniard has generally spent two hours each morning in the Honda Performance Development simulator about 10 miles from the Speedway before buckling in for practice in the afternoon.

“I’m feeling better and better, physically and also with the car as well,” Alonso said. “Obviously, the more laps I do, the better I feel. I had my first experience with traffic and these have been good learning days for me. There’s a lot to come because many of the things that are happening out there are still very new to me.”

Alonso has spent hours chatting informally with Indycar and F1 legend Mario Andretti and he is also taking advantage of the knowledge of Indycar champion (and 2003 Indianapolis 500 winner) Gil de Ferran, who has been retained by Honda and Andretti Autosport to mentor the most famous rookie driver to race at Indianapolis since Nigel Mansell in 1993. 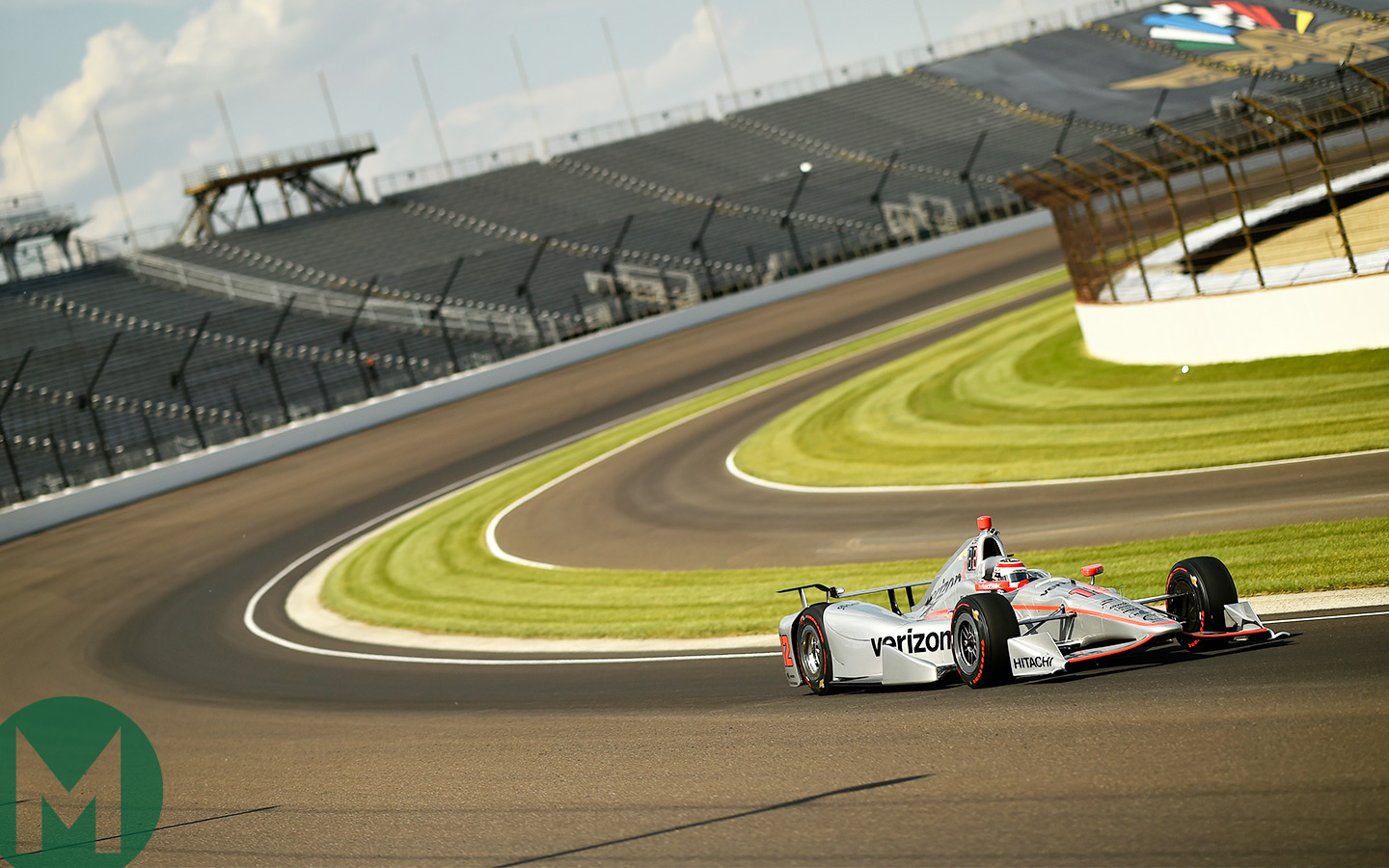 “When I was racing with Team Penske, I was always asking questions, so they used to call me Porque which is Portuguese for ‘Why?’” remarked de Ferran. “Fernando is the same way. He always wants to learn, and he’s asking all the right questions. I’m very impressed with his approach.”

Four-time IndyCar Series champion Scott Dixon is convinced that Alonso will live up to the hype he has generated when race day rolls around.

“Obviously he’s very accomplished,” Dixon noted. “We’ve seen many rookies win here on the first go and he’s with one hell of a team. He’s doing well already and once we get down to the nitty-gritty in qualifying, he’s not going to have any issue with getting the car on the limit and finding where he’s comfortable. I’m sure he’ll have great speed.”

If the first five races of the IndyCar season leading into the ‘500’ demonstrated that Honda has closed the gap on rival Chevrolet, the limited amount of running so far at IMS hints that the completion between the engine and aero kit manufacturers in superspeedway trim will be much closer than it was a year ago when the Andretti Honda cars dominated. Team Penske’s Will Power and Helio Castroneves ran 1-2 for Chevrolet on Tuesday, with Power reaching just 224.656mph as teams focused on race trim.

“We’re getting the most out of our package,” said Power. “As a team, I think we did a lot of homework in the off-season for this race, and we tested here twice. I know Chevy is working really hard, and obviously you can see that our speeds are pretty good right now. I feel like our alone speed is actually pretty good compared to what the Hondas were running.”

Dixon believes that both Honda and Chevrolet are engaging in a bit of sandbagging and won’t show their true hands until ‘Fast Friday’ when the manufacturers are allowed to dial in an extra 10kPa of turbocharger boost in an effort to raise qualifying speeds.

Last year, James Hinchcliffe (Schmidt Peterson Motorsports Honda) was the fastest Day 1 qualifier with a four-lap average of 230.946mph and he went on to take pole position at 230.760mph the following day. Arie Luyendyk’s track record of 236.986mph set in 1996 looks set to remain secure for yet another year.

“I think with both manufacturers there’s a lot to come,” observed Dixon. “Friday is an indication where you start to see speeds without tows and which people that you may be fighting for to make the Fast Nine. Hopefully, we’re in the right position and we can chase for the pole.”

With an Andretti Honda under him, Alonso should have a car capable of challenging for pole or at least making it into the Fast Nine qualifying group at Indianapolis on Sunday. Can he live up to the hype generated so far?