Gordon Kirby reveals the birth of modern championships, 100 years ago 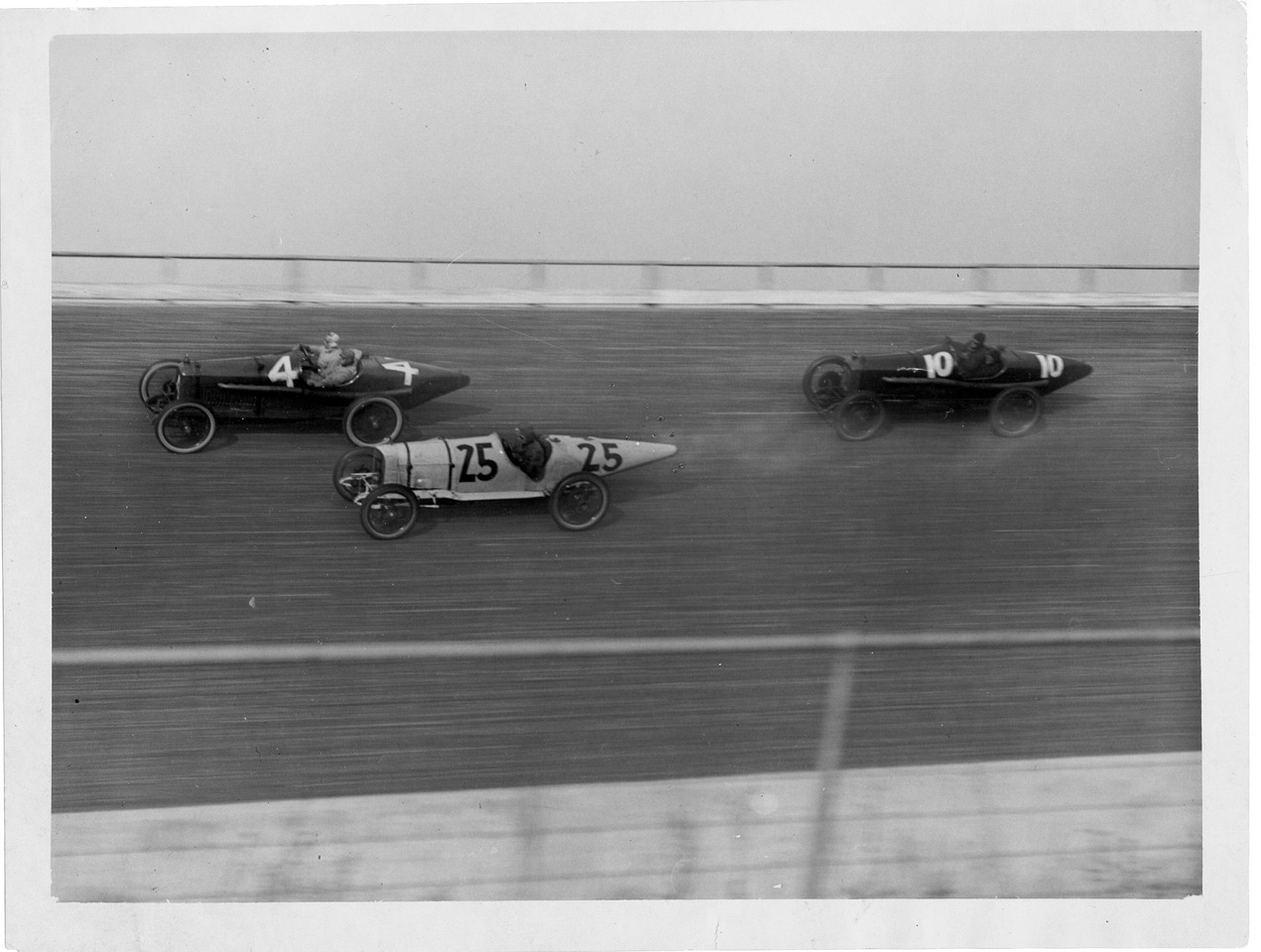 Many fans today would be surprised to know that 100 years ago AAA (American Automobile Association) National Championship racing, the forerunner of what would become Indy car racing, was one of the most visible and popular sports in America.

There were 15 AAA Championship races in 1916 and another 40 non-championship races across the United States. The season stretched from March through November and legions of fans were drawn – most of the major races were run in front of 100,000 or more.

More importantly 1916 was the first year the AAA organised a formal National Driving Championship with a race-by-race points system. Since 1909, the AAA’s champion had been selected by a vote of the leading auto racing writers of the day but in 1916 a proper championship was established. It was a first for automobile racing anywhere in the world.

In those days the legendary board track speedways were just beginning to replace road races as the primary venues for AAA racing. The first board track was opened in 1910 at Playa del Ray in California and no fewer than four giant high-banked 2.0-mile speedways were built during 1915 in Chicago, Tacoma, Cincinnati and Sheepshead Bay just outside Brooklyn, New York.

Most of the board tracks were designed and built by former bicycle racer Jack Prince and his engineering partner Art Pillsbury. Nineteen of these wood ovals ranging between 1.0 and 2.0 miles in length were constructed between 1915 and 1926 and every AAA Championship race between 1921-27, save the Indy 500, took place on a board track.

However, the high cost and difficulties of maintaining the wooden surfaces meant that many of these tracks enjoyed very short lives. Most survived only three or four years before deteriorating and being torn down. The longest-lasting board track was the 1.25 mile Altoona, Pennsylvania oval, which was built in 1923 and subsequently rebuilt before running its last race in 1931, becoming the last of the giant, high-banked board ovals to close. 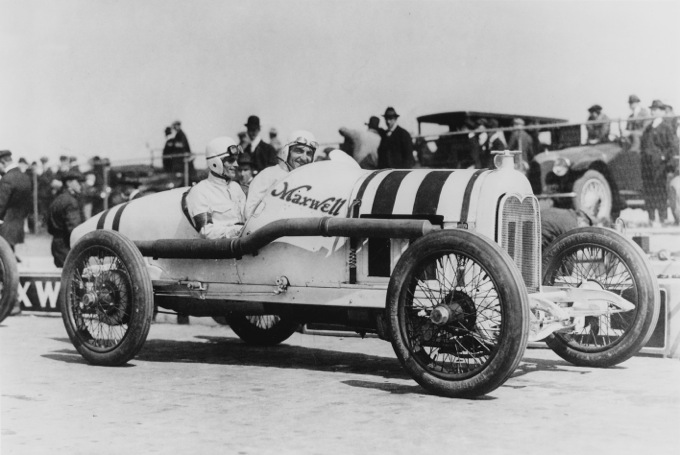 The AAA’s 1916 Championship schedule included nine board track races plus the Indy 500 (run over 300 miles that year), a 100-mile race at Indianapolis in September, a season-closing dirt track race at Ascot in California, a race on a one-mile cement oval in Minneapolis, and two major road races – the Vanderbilt Cup and American Grand Prize run two days apart in Santa Monica in November.

The 1916 season started in March and April with half a dozen non-championship races on California dirt tracks and road circuits. Eddie O’Donnell won four of these races aboard a factory Duesenberg but the opening round of the AAA’s newly instituted Championship didn’t take place until the second weekend in May at the spectacular 2.0-mile Sheepshead Bay board track, known as ‘The Colossus of Brooklyn’.

The first race at Sheepshead Bay had been run in October of 1915 over 350 miles and was won by Gil Anderson’s Stutz averaging 102.58 mph. The first race at Chicago’s similar, high-banked 2.0-mile track took place six weeks earlier and was won by Dario Resta’s Peugeot at a speed of 101.86 mph. These were truly astounding speeds in those days, faster than the quickest laps recorded at Indianapolis, as the board tracks instantly became known for tremendous speeds and the amazing spectacle of high-banked motor racing.

On the second weekend of May, 1916, three AAA races were run at Sheepshead Bay. The first two of these were 20 and 50-mile non-championship sprints won by a pair of Peugeots driven by Johnny Aitken and Ralph Mulford. The feature race, called the Metropolitan Trophy, was run over 150 miles and won by Eddie Rickenbacker’s Maxwell.

Round two of the championship was run at Indianapolis two weeks later. With war raging in Europe the race was cut to 300 miles in 1916 and was totally dominated by Italian-born Englishman Dario Resta’s Peugeot. Resta led all but 17 laps and won by almost two minutes from Wilbur D’Alene’s Duesenberg and Ralph Mulford’s Peugeot. Rickenbacker qualified second and led the race’s opening nine laps before suffering a steering failure while Aitken started from the pole and led a handful of laps before dropping out because of engine trouble.

Next came the Chicago Derby, a 300-mile race on the 2.0-mile board track in Maywood. Resta won again, this time beating Ralph DePalma’s Grand Prix Mercedes by more than a minute. Two weeks later on the one-mile Des Moines board track DePalma came through to score his first win of the year and then won again on the one-mile concrete Twin Cities oval in Minneapolis on July 4th weekend. 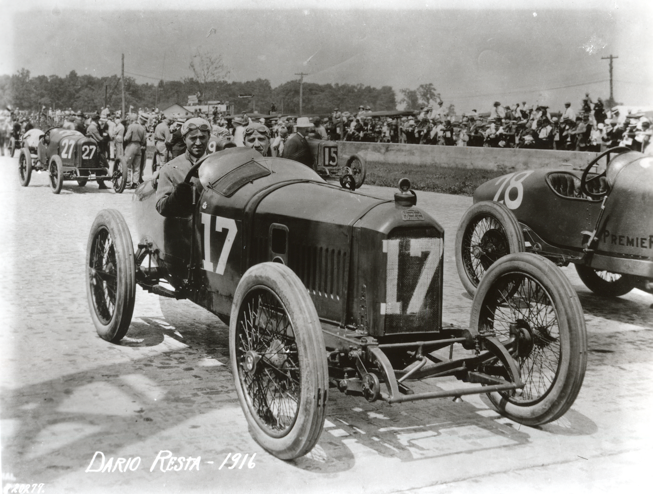 Dario Resta in his Peugeot at Indianapolis in 1916.

Round six of the 1916 championship took place on the 1.25-mile Omaha board track with Resta scoring his third win of the year. Round seven was the Montamarathon Trophy on the 2.0-mile Tacoma board track where Rickenbacker came through to win again aboard his Maxwell, but the rest of the season was dominated by the Peugeots of Resta and Aitken.

In September, Aitken won three races in a row: a 300-miler on the 2.0-mile Cincinnati board track; a 100-mile race called the Harvest Classic at the Indianapolis Motor Speedway; and the Vincent Astor Cup, a 300-mile race at Sheepshead Bay.

In November the focus shifted to the west coast for what would prove to be the last of two great American road races–the Vanderbilt Cup race sanctioned by the AAA and the American Grand Prize sanctioned by the rival ACA (Automobile Club of America). The races were run two days apart on the same nine-mile road course in Santa Monica and both counted for the AAA Championship.

The Vanderbilt Cup was run first over 35 laps (295 miles) with Resta and his Peugeot winning yet again. Two days later the 48-lap (404 miles) American Grand Prize was taken by Johnny Aitken who took over Howdy Wilcox’s Peugeot for the race’s second half after his car burned a piston on the opening lap. Resta dropped out of the Grand Prize race with ignition problems while Earl Cooper finished second in both races aboard a Stutz. 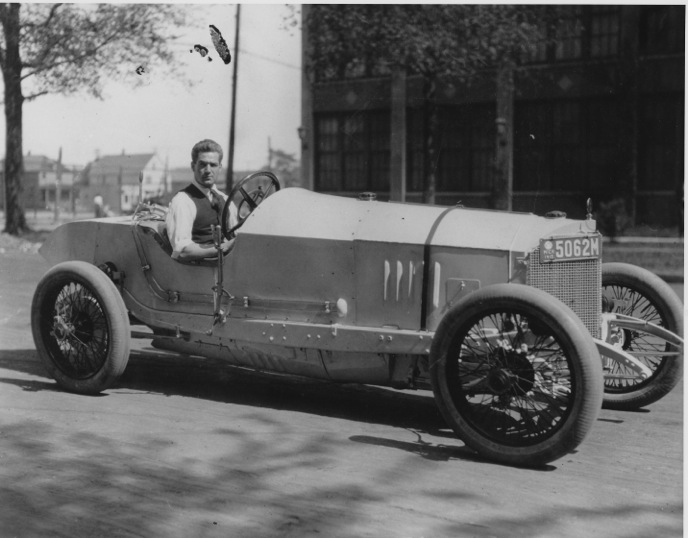 Ralph DePalma in his Grand Prix Mercedes in 1916.

The final AAA Championship race of 1916 was a 150-mile race on the one-mile Ascot dirt track in California. Rickenbaker drove a Duesenberg to win at Ascot with Cooper again coming home second. Neither Resta nor Aitken entered.

Resta thus took the championship with 4,100 points to second-placed Aitken’s 3,440, both winning five races. Rickenbacker was classified third with 2,910 points followed by DePalma in fourth with 1,790 points, Cooper fifth with 1,405 and Wilbur D’Alene finishing sixth with 1,120 points.

America’s first national driving championship had witnessed a fierce battle among world-renowned drivers and factory-backed teams from Peugeot, Duesenberg, Maxwell and Stutz. It was everything a motor racing series should be featuring larger-than-life drivers and spectacular cars competing on a superb variety of tracks in front of huge crowds. Sadly, Indy car racing today is a mere shadow of what it was a hundred years ago.