IndyCar’s new windscreen certainly looks the part, but there’s still work to be done after its first trial 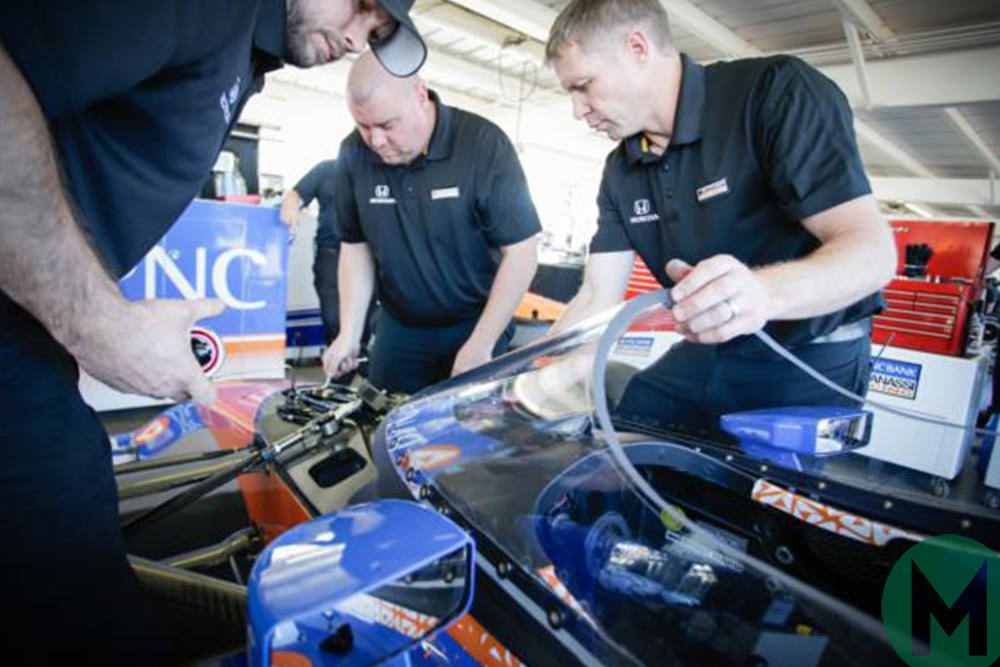 Let’s first state the obvious. Whatever you want to call it – windscreen, canopy, deflector – IndyCar’s solution to open cockpit driver protection is far more visually appealing than the FIA-mandated halo being unveiled this week on 2018 Formula 1 cars. Whether it will be more effective in its intended purpose is yet to be determined.

IndyCar rejected the halo on the grounds that it would have a dangerous effect on driver sightlines on oval tracks, where cars often run wheel-to-wheel or in very close proximity. A priority since August 2015, when Justin Wilson was fatally struck in the helmet by a piece of debris from an accident that occurred well ahead of him at Pocono, the IndyCar effort has focused on a clear deflector high enough to impede large, heavy items like the nose cone tip that killed Wilson.

Working in conjunction with PPG’s Aerospace division, IndyCar developed what is in effect an oversized windshield that mounts to the IndyCar Series spec Dallara chassis with minimal modification. Made of a PPG material called Opticor that was developed for aircraft use (including the canopy of fighter jets), the 0.4-inch thick windscreen blends cleanly into the car’s bodywork and from some angles is virtually invisible to outside observers.

Of more importance is the view from inside the cockpit, and IndyCar took a crucial step in determining the windscreen’s viability by testing a prototype on-track February 9 at ISM (formerly Phoenix) Raceway. Four-time IndyCar champion Scott Dixon performed three short evaluation runs in different light conditions (bright sun, transition to dusk, and under the lights) and the Chip Ganassi Racing star came away generally positive about the windscreen’s potential.

“You’re looking through quite a substantial amount of glass, or material, and it does take your eyes a little bit to adjust,” Dixon remarked. “Your brain and eyes just need to catch up with it and the longer I ran, the more I got adapted to it. it’s a little bit different looking through something that’s so thick, and I thought the distortion would be a lot more. But there’s no reflection. The weirdest thing is just how quiet it is. You have no buffeting; the car feels really smooth and you feel like you’ve gone to a car with luxury damping!”

As expected, cooling was an issue. “You get no airflow through the car,” Dixon said. But he added that peripheral vision issues identified during testing in the Dallara simulator in Indianapolis were eliminated with the latest windscreen prototype.

“There were no game stoppers,” Dixon noted. “There’s definitely some things we can improve on and make better, but good job. Kudos to the series. It’s a milestone as far as moving forward and moving in the right direction for some more safety initiatives.”

Jeff Horton, IndyCar’s director of engineering and safety, led the windscreen development along with longtime safety advocate Dr Terry Trammell. Horton said that any problems identified by Dixon in the initial test at Phoenix would be addressed for the next prototype evaluation, which will take place on a road or street course. First up is a ballistics test, to determine the screen’s ability to deflect items of various size and density.

In addition to cockpit ventilation, IndyCar is also working on solutions to other potential issues, including keeping the windscreen clear of oil and grime during races through the use of tear-offs similar to those used on helmets or the windshields of prototype sports cars. The complicating impact the windscreen has on simple tasks like towing or manoeuvring cars in the pits or securing the driver’s seat belts will also eventually need to be addressed. It is unlikely that the windscreen will be implemented in 2018, though a logical goal would be to introduce it at Pocono, the site of Wilson’s fatal accident and the last high-speed oval of the season.

“We’ve only explored the tip of PPG’s knowledge,” said Horton. “This is the basic windscreen piece now, and they have a lot of different coatings and different products we can use for glare and fogging and things like that. We should be able to fix anything we need to.

“Scott said he could definitely tell it’s there, but with more laps he felt he could get used to it,” he added. “It wasn’t a deal breaker. For him to say no problems, that’s exactly what we were shooting for.”

While Dixon has logged the only real-world track time using the windscreen, several other drivers applauded IndyCar’s efforts.

“From an aesthetic standpoint, it looks great,” said defending IndyCar champion Josef Newgarden. “I think IndyCar has taken their time, and didn’t just slap something together. This has been in the works for two years. We didn’t drive it, but just from the views you can see, it looks fantastic. I think we’re all in favour of what we saw.”

“I thought about asking Ganassi to get in the car last night, but I didn’t want to overstep,” joked Marco Andretti, who added: “I’m all for it. I think anything that helps our heads and keeps it an open cockpit car still, I think that’s all good things. I’m definitely proud of the direction IndyCar is going in more ways than one.” 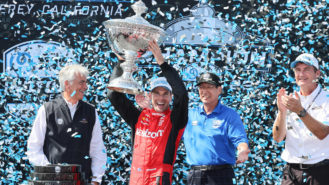 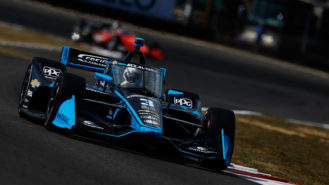 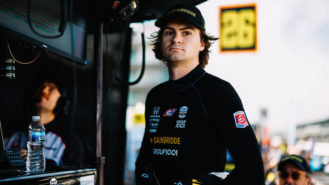 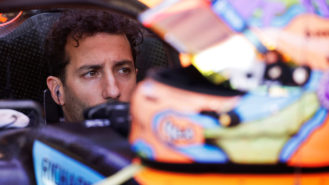