He could drawl and he could haul. Texan Lloyd Ruby talked slowly but drove quickly and in many judges’ estimations rivals Michael Andretti as the best never to drink the milk at Indianapolis.

On the latter occasion he jumped a fraction too early exiting a half-distance pit stop and an unattached fuel hose tore a tank open on his Mongoose-Offenhauser.

Mario Andretti won that day: his only Indy 500 victory. He knows better than anyone how hurtful its bricks and stones can be. If he couldn’t win, he’d root for Ruby. He wasn’t alone.

Ruby had been leading comfortably the year before when a faulty coil caused an unplanned pit stop with 26 laps to go, dropping him to an eventual fifth place.

And in 1966 his Eagle-Ford had passed Jim Clark’s Lotus on lap 140 to lead the race for a third time, only to be black-flagged 10 laps later because of oil escaping through a broken cam-cover stud.

He would lead twice more albeit briefly.

He lit up the first 50 laps of the 1970 race by charging from 25th – he had suffered six engine failures during practice and qualifying! – to first place in his ageing ‘Brabham copy’ Mongoose, picking off Mario Andretti, AJ Foyt, Mark Donohue and Dan Gurney with apparent ease and hitting the front when eventual winner Al Unser and Johnny Rutherford pitted simultaneously. 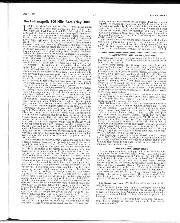 Last year, when Clark finished a close second in the annual Memorial Day track race driving a Lotus powered by a highly-tuned 4.2-litre push-rod Ford V8 engine, it looked as…

Two laps later he was again black-flagged because of escaping oil. A broken cam-drive gear was the cause this time.

And finally he would lead for three laps at the halfway mark of 1971 and be classified 11th after suffering gearbox failure with – again – 26 laps to go. His best result would remain the third place from 1964 – when Indy was a very different place.

Born in Wichita Falls on 12 January 1928, Ruby followed the usual dirt-and-pave route to USAC via midgets and sprint cars. But he was adaptable, too, and proved a very handy road racer in Maserati sports cars – from 150S ‘peashooter’ to 450S ‘Bazooka’ – and latterly in a Lotus 19.

He made his debut at Indy in 1960 and would have been Rookie of the Year – for seventh place in JC Agajanian’s Watson-Offy – had not Jim Hurtubise, who started behind Ruby and was classified 18th after engine failure, grabbed the headlines with an amazing 149mph qualifying effort.

Front-engined roadsters – big, beautiful, brutal – were still cocks of the walk and Ruby’s talent for taming them was employed by a string of leading car owners: John Zink, Ebb Rose and Bill Forbes.

He would, however, be among the homegrown talent to get to grips early with racing’s future.

The opening round of the 1963 USAC Championship Car series was held at Trenton, New Jersey, and Ruby put J Frank Harrison’s Lotus 18 on pole despite its Climax ‘four’ giving away 1500cc to the roadsters. This was a month before Clark’s Lotus finished second at Indy.

There followed an unseemly and disjointed rush to catch up with the Brits – and Halibrand’s Shrike was maybe the least worst of the original batch of American ‘Lotus’; Ruby ended the 1964 season by winning at Phoenix in one.

Ford, meanwhile, was a-fixing to kick Ferrari’s ass at Le Mans and confident that it could do a better job of it than had/were Eric Broadley and John Wyer in England. It relocated the GT40 programme to Carroll Shelby’s in LA and Ken Miles set to work on its development.

This English expat was hawkish and tended to pace and peck throughout long-distance races, refusing sleep in order to keep his beady on everything. The choice of Ruby as his co-driver was, therefore, ideal, the Texan pulling down his trademark cowboy hat to catch a few zeds between stints. 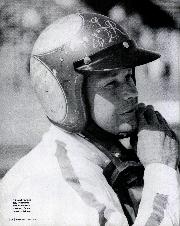 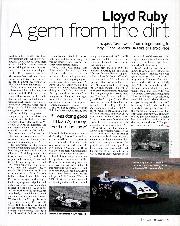 Lloyd Ruby -- A gem from the dirt

This quiet Texan went from midget racing to Indy, F1 and Le Mans. He talks to Harold Pace Wichita Falls is a small, rustic Texas city just south of the…

Their victory in the 1965 Daytona Continental was a huge fillip for an under-the-pump Shelby. And their victories in the Daytona 24 Hours and Sebring 12 Hours of 1966 augured well for Le Mans.

For once, Ruby had benefited from another’s misfortune: team-mate and race leader Dan Gurney’s engine failed on the last lap at Sebring.

But then Ruby, an inexperienced pilot, crashed his private plane – he and Laycock were hospitalised – and was forced to miss Le Mans.

The patronage of Gene White, a wealthy Firestone distributor from Atlanta, was the ticket. The original plan for 1967 had been to buy Brabhams directly. When this came to naught, Laycock had to build his own take on one. The first Mongoose was still virginal white when Ruby won on its debut at Phoenix.

That year’s Indy was a disappointment – bent valves made Ruby the race’s first retirement after three laps – but thereafter he and White would be in the mix until 1972; Ruby finished sixth at Indy that year in a McLaren-copy Atlanta built by a group of ex-Lotus men led by Mike Underwood.

Now firmly in his 40s Ruby’s career was beginning to wane, although his natural talent was still held in high regard. As late as 1976 Vel Miletich offered him Al Unser’s back-up car for Indy. It was a plum drive. Likely it was Ruby’s last chance.

It was a realistic chance, too. For he had proved in 1975 that he still possessed the necessary speed by qualifying sixth, one place ahead of McLaren team-mate Johnny Rutherford, the 1974 winner.

But he turned down the offer and instead drove the stopgap 1973 Eagle-Offy over which long-time friend and chief mechanic Mike Devin had slaved in order to prepare it in double-quick time. Ruby would be running 11th when the result was called at half-distance because of rain.

A brilliant driver, he was an even better guy, who ran the walk without much bothering with the talk.