Two-time Indy 500 winner Juan Pablo Montoya will compete at Indianapolis Motor Speedway next year with McLaren SP for the 2021 race.

Montoya will make his return with the team he last raced for in Formula 1 back in 2006, with his final race for the team coming at Indianapolis.

“I’m very excited to be joining Arrow McLaren SP for the Indianapolis 500,” Montoya said of the announcement.

“I have some great history with McLaren from my F1 days and I’m looking forward to making some more at next year’s Indianapolis 500.” 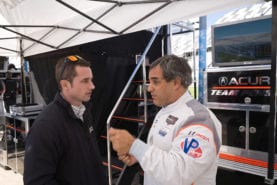 Montoya to beat Alonso to the triple crown in new Le Mans/Daytona car?

Fernando Alonso’s quest for the triple crown has been one of racing’s ongoing storylines since he first attempted the Indianapolis 500 in 2017, as he looks to become only the…

Should he add a third Borg-Warner Trophy to his CV, it would make him the fifth-oldest winner of the famous race, two years younger than the overall record holder, Al Unser who was victorious at age 47 in 1982.

“I’m delighted for Juan to rejoin the McLaren family and return to the Indianapolis 500 with Arrow McLaren SP,” said CEO of McLaren Racing Zak Brown.

“He is an intensely competitive, highly versatile driver, with deep experience at the top level of motorsport and a big following. Having him with us at the 500 next year will be great for the team and IndyCar fans everywhere.” 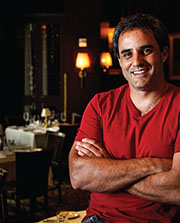 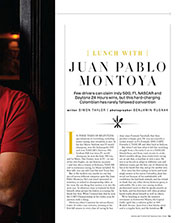 In these times of relentless specialisation in everything, including motor racing, true versatility is rare. In his day Mario Andretti was F1 world champion, won the Indianapolis 500 and won NASCAR’s…

Montoya has five IndyCar victories to his name including the two successes at Indianapolis, the latest coming in his final full-time season in the series back in 2016, coming at the Grand Prix of St. Petersburg.

Former F1 rival Fernando Alonso made an attempt to win the race with McLaren earlier this year in a one-off appearance but ended up a lap down in 21st by the chequered flag.

“His experience will elevate the entire team, including our young, talented lineup of Pato and Felix. When you think that he’s only started the Indy 500 five times but won it twice, that’s impressive.”