1946: George Robson is the last to taste milk after victory for a decade…

1956: …when the tradition returns thanks to Pat Flaherty.

1987: Stepping in for Danny Ongais, Al Unser Sr wins for the fourth time to tie with AJ Foyt.

1993: Emerson Fittipaldi breaks tradition for his own orange juice…

1995: Jacques Villeneuve wins on only his second appearance. 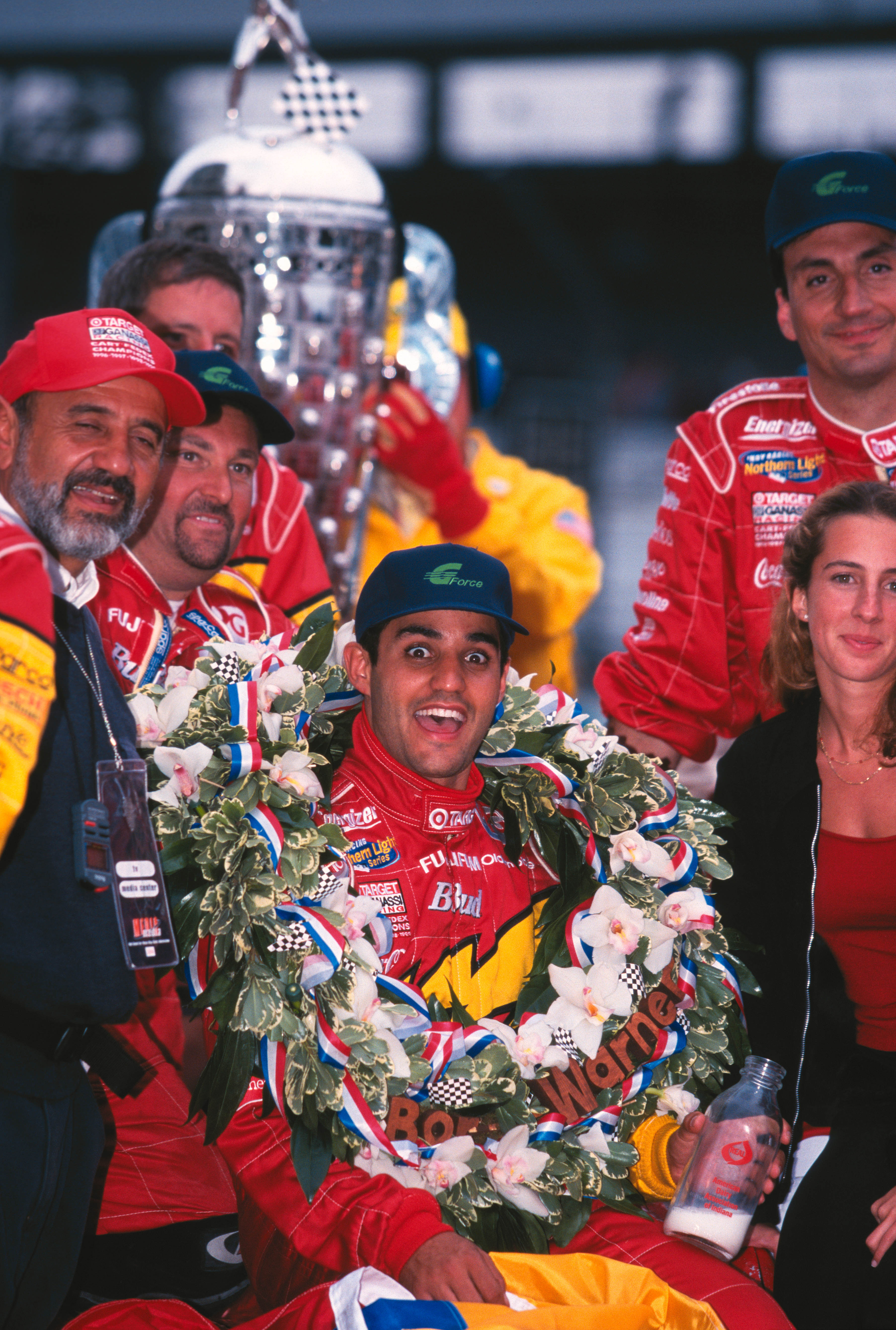 2000: Juan Pablo Montoya takes the honours on his Indy debut. 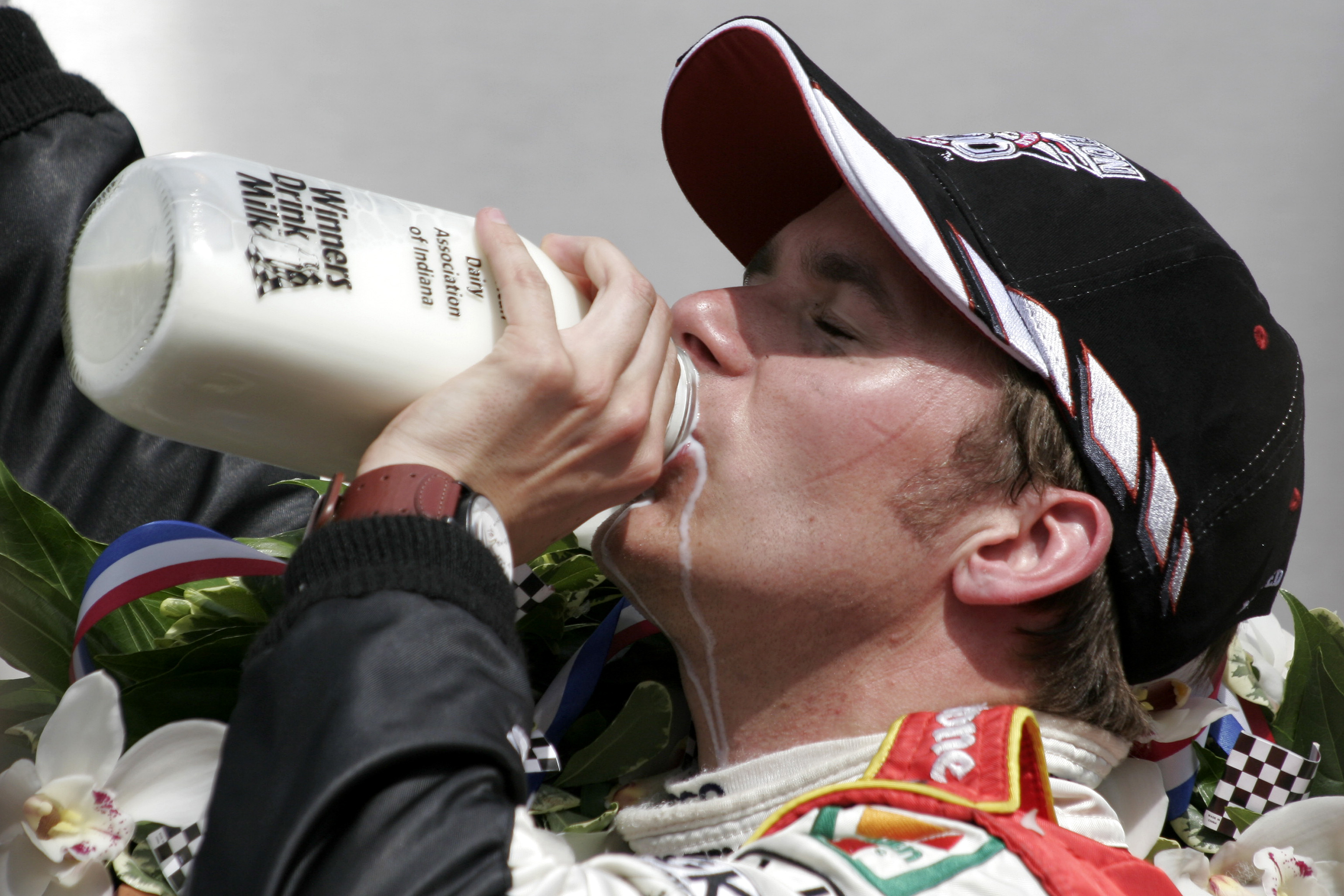 2005: Dan Wheldon becomes the first Brit to get the milk since Graham Hill’s success 39 years before, becoming the third Briton to win. 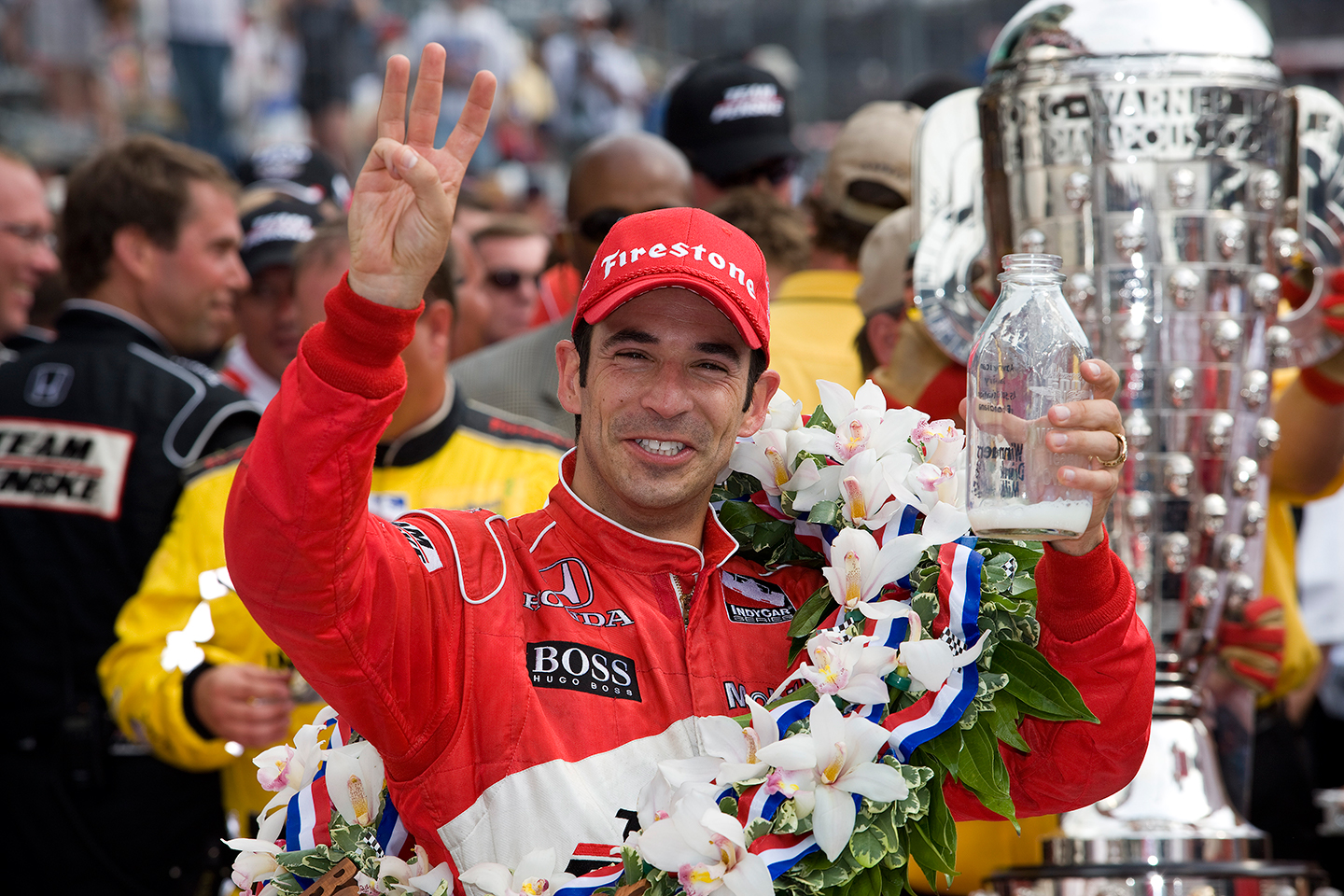 2009: Hélio Castroneves makes it three; the most wins of all of the active drivers. 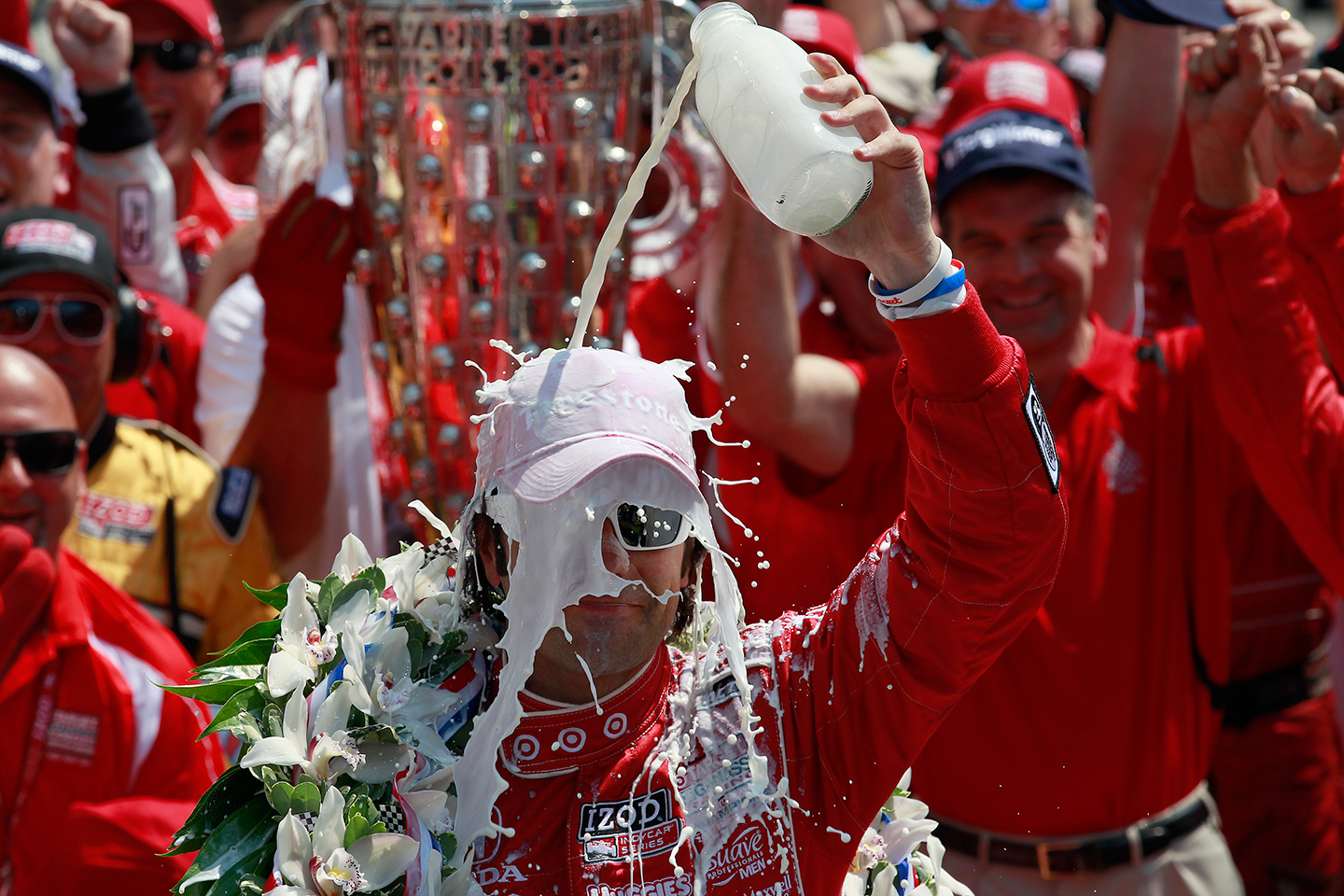 2012: The third win for a British driver in succession, and the third of Dario Franchitti’s career. 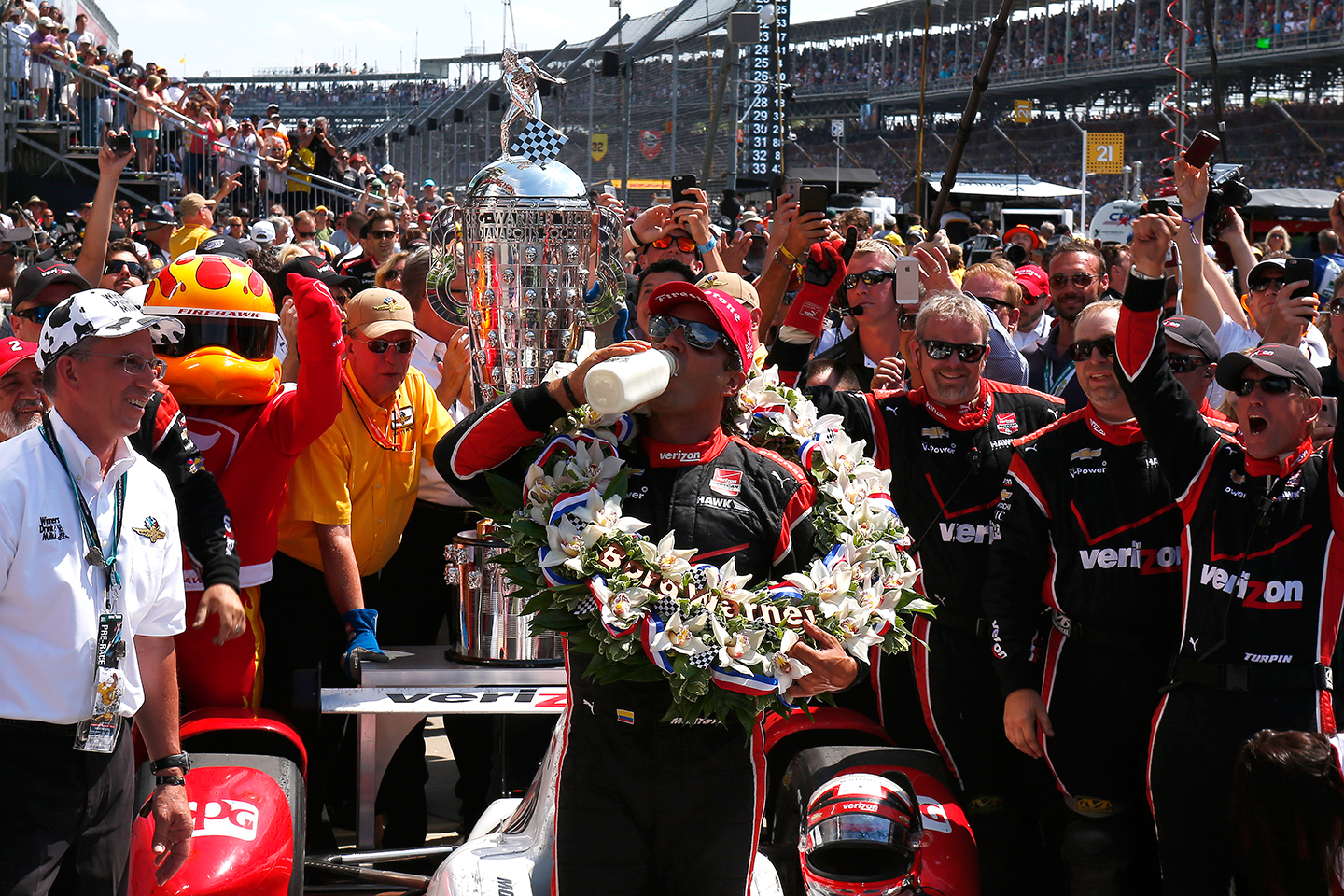 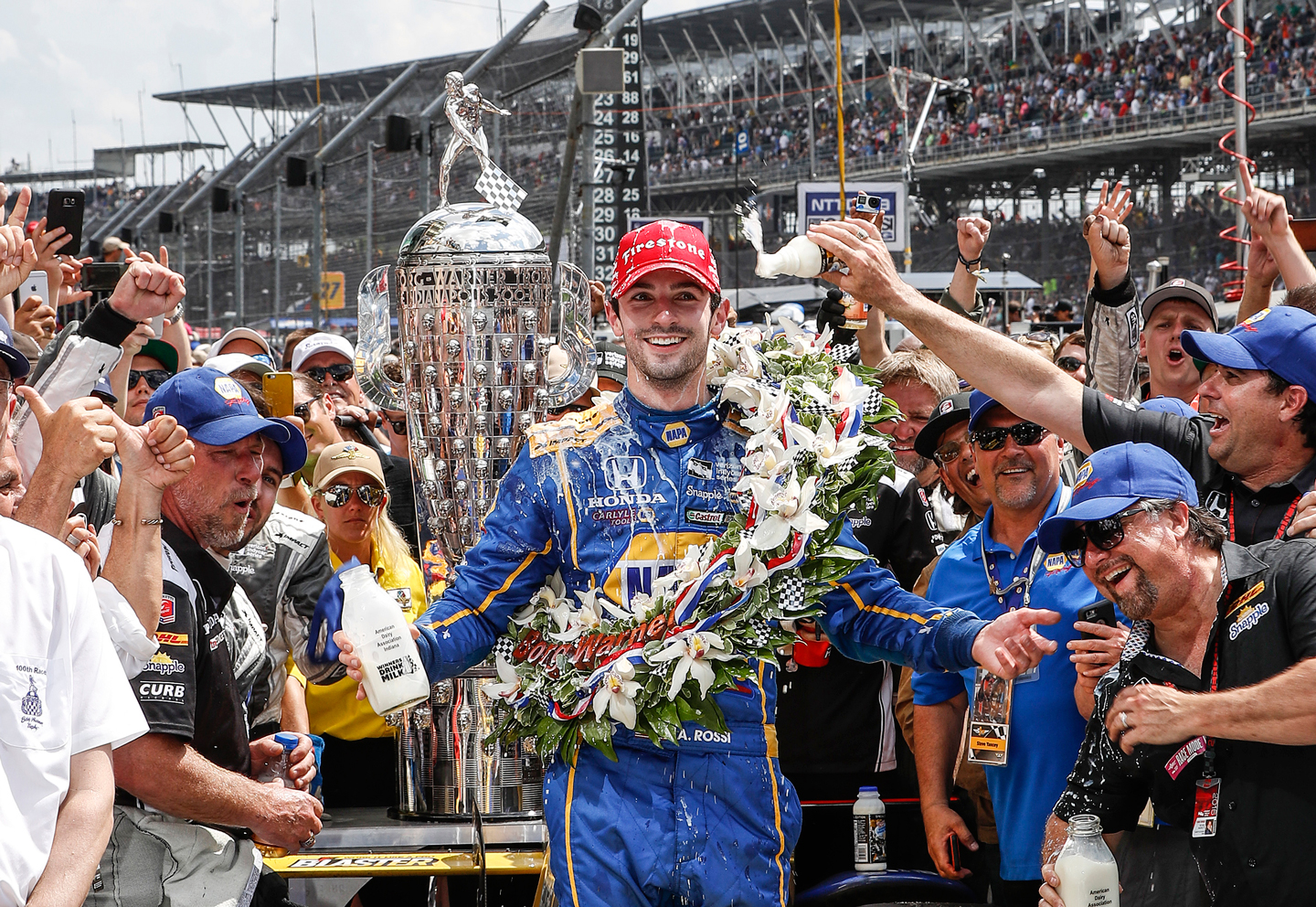