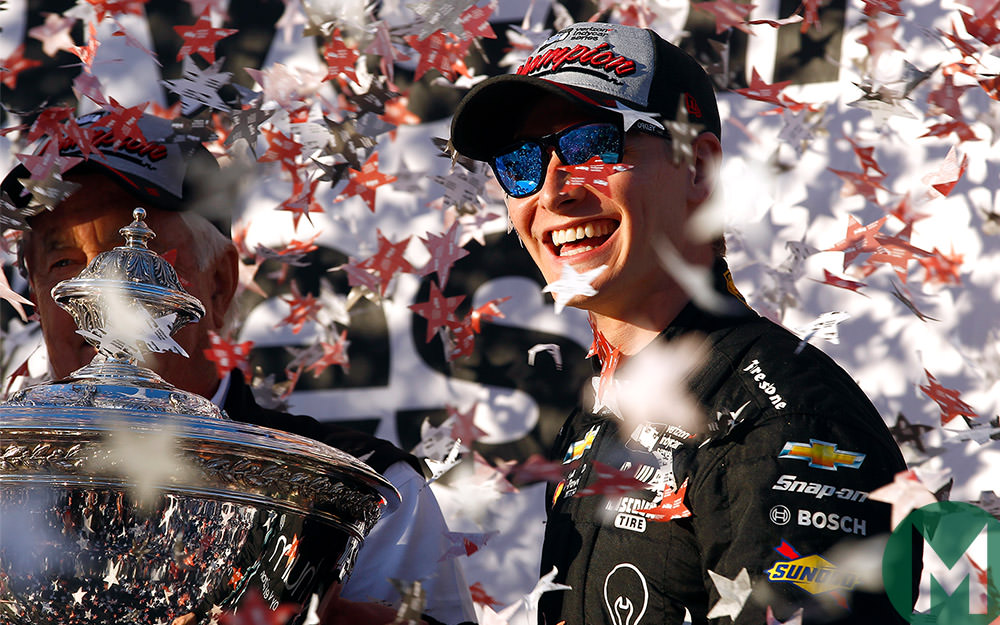 Team Penske has a history of snatching defeat from the jaws of victory in IndyCar Series championship deciders, but Sunday at Sonoma Raceway there were no mistakes as Simon Pagenaud won the race and Josef Newgarden clinched the season crown.

Penske split its strategies, bringing Pagenaud in for the first of four planned pit stops as early as lap 12. Despite making one more stop than pole man Newgarden, who ran a standard three-stop strategy, Pagenaud won the race on pure pace without the benefit of a full-course caution. He exited the pits for the final time with his younger team-mate on the gearbox of his Dallara-Chevrolet and when Newgarden was advised by strategist Tim Cindric to back off, he wisely did so to consolidate his first IndyCar title at age 26.

“I can’t say enough about the driver,” said Cindric, who presides over Roger Penske’s multifaceted racing operation, which also includes entries in NASCAR and Australian Supercars.

“He was solid all day and all weekend. He earned it yesterday when he put it on the pole and those guys raced each other clean all day. There was a lot to gain and a lot to lose, and to be able to win the race and end up first and second in the points is a big day, for sure. I know I’ve been on the other end of that.”

There was a moment on Lap 65 of 85 when it appeared it could all end in tears for the Penske equipe. Pagenaud made his final stop three laps later than Newgarden, and the No. 1 car emerged from the pits right in front of Newgarden’s No. 2. Surprisingly, Newgarden didn’t use any push-to-pass boost, but he still made a strong challenge to the Frenchman into Turn 7 that nearly resulted in contact between the two Penske entries.

“The last thing we needed was that mess,” Cindric said. “I just told him to be smart, that we weren’t racing [Pagenaud] for the championship right now.

“The good thing about Josef is he listens,” Cindric continued. “Transitioning to a new team is always difficult, and honestly I didn’t really know what to expect going into this year. I knew he would be competitive, I just didn’t know to what level. He obviously showed today why he’s in that car.”

Penske had lost out on the IndyCar championship at the last round five times since 2008, but the team’s dominance on Sunday was utter and complete. While Newgarden controlled the pace at the front, leading 41 of the 85 laps, Pagenaud and his team went for broke and gambled on catching a well-timed full-course yellow.

As it turned out, the race ran caution-free, but the Frenchman didn’t need the benefit of a mid-race reset. Burning through four sets of Firestone’s softer alternate tyre, Pagenaud made up 14 seconds on Newgarden during his second stint. On a track where passing is notoriously difficult, he carved his way from 16th place to the front. Pagenaud also completed every lap of IndyCar competition this year, the first driver since Tony Kanaan accomplished that feat on the way to winning the 2004 championship.

“Last night my engineer texted me and said we were going to try four stops, because he said that’s the best way for the championship if there’s a yellow,” Pagenaud related. “It was a long shot, but I was in a very attacking mood this weekend and I thought, ‘Why not, let’s try.’ The strategy worked out really, really well and it was impressive.

“That’s the most I’ve ever pushed in an IndyCar race,” he added. “At the end of the day, what is important to me is to perform at your best in those conditions. To me, the final champion is the guy who can bring his extra ‘A’ game at a given time, and I think we did just that today. I’m very proud.” 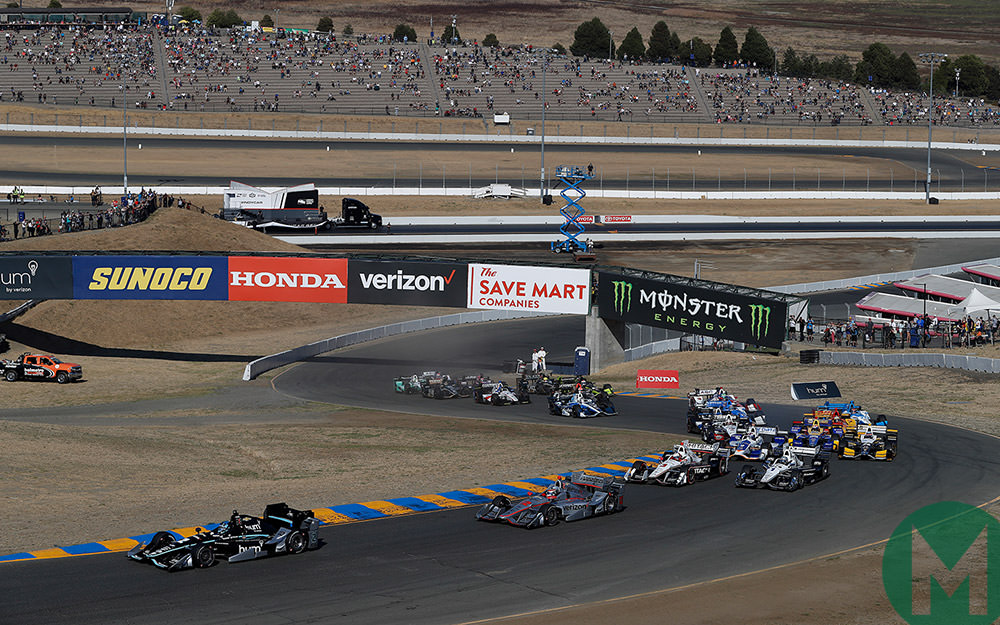 Team Penske has won the last two IndyCar Series championships and Newgarden’s crown is the 15th overall for Penske, dating back to Tom Sneva’s triumph in the USAC-sanctioned Indycar championship in 1977.

The 26-year old from Tennessee won a series-high four races this year and seized control of the championship chase with three victories in a six-week period between July and August.

He’s a bright, articulate young man who is a sponsor’s dream. And already established with America’s most successful racing team, his future couldn’t be brighter.

“I think he’s going to be a tremendous champion,” Pagenaud remarked. “He’s American, which is great for the sport. And he’s a kid. And I’ll tell you what, he’s very smart already. I’m very happy for him – he deserves it.”

Sunday’s championship was the culmination of a dream for Newgarden, who despite his rapid rise to prominence has remained remarkably humble and level-headed. He’s exactly the kind of aggressive young champion the IndyCar Series needs as it continues to battle NASCAR and other forms of sport for attention in the American market.

“I’ll carry the flag happily,” Newgarden said. “I love the IndyCar Series and I think it’s got the whole world in front of it. It can go so many good ways. I’ll do the best that I can to help spread the word and show people how great this sport is. I think people have been catching on to be honest with you over the last couple years. Anyone that we lost over the last 20 years, I think they’ve been coming back over the last five or six seasons and we’ve got to make sure that we keep doing that. It’s not one big step, it’s going to be little steps, and I think in the next five years hopefully we can be in an amazing place.

“I think we’re in a good place right now, but we want to be in an amazing place. I’ll do my best to carry that flag and help everyone in the IndyCar Series keep going up.”