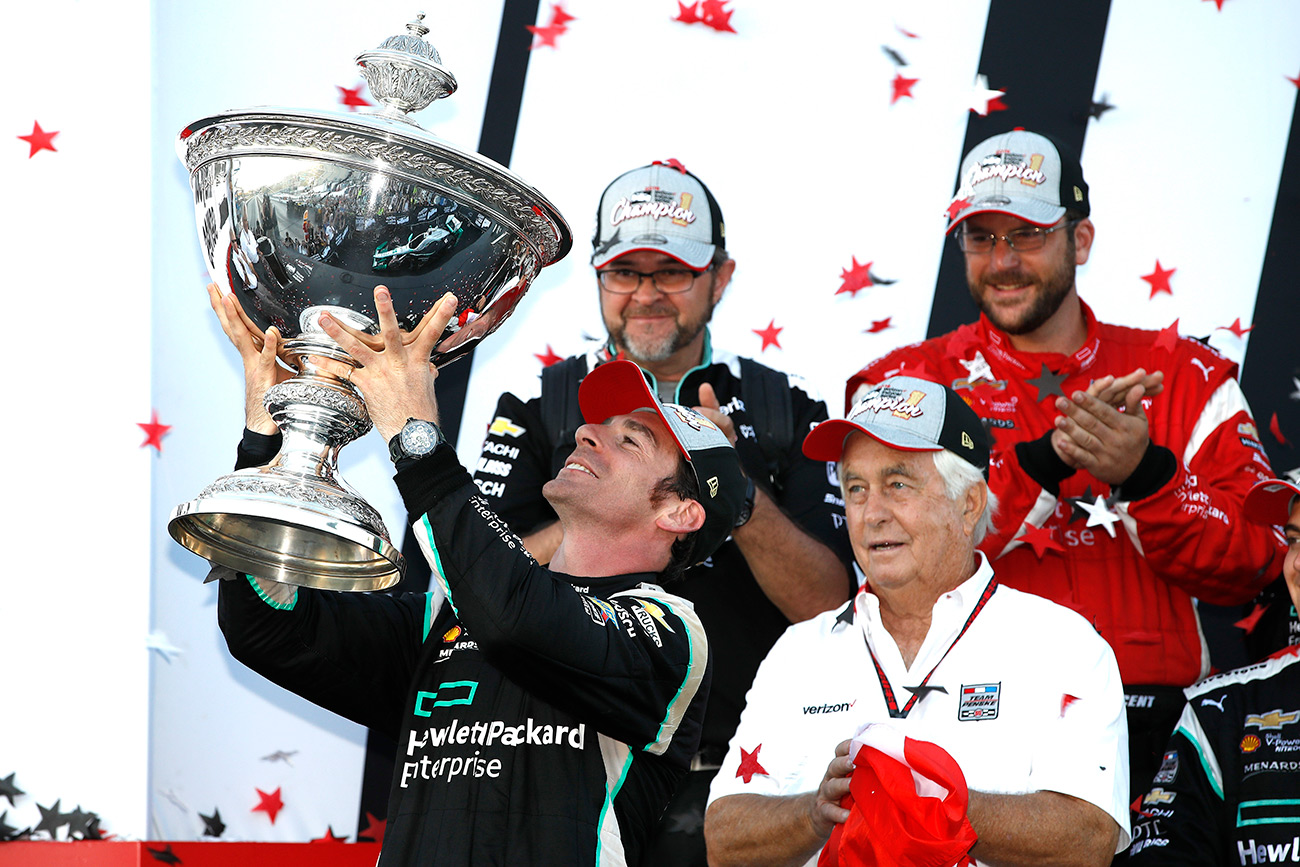 Pagenaud was the man to beat in IndyCar this year. In his second year with Team Penske the 32-year-old Frenchman led the championship from the second round at Phoenix in April. He won five races, finished second three times, took seven poles and led more laps (406) and races (11) than anyone else. Pagenaud put an exclamation mark on his year by dominating the season finale at Sonoma, California, last weekend, qualifying on pole and leading the race from start to finish.

“When the season started we laid down the goals – when I say goals we didn’t talk about results,” Pagenaud said. “I think that’s the key point. We don’t think about results; we think about extracting 100 per cent from everybody at all the races and that’s what this team has been doing this year.

“There have been zero mistakes by the team. I made a few mistakes and we had some mechanical issues that were outside our power. That’s part of racing. Sometimes you have problems but this team has been performing at the top level all year. Now we’re in a good spot but there’s still potential to improve and we’ve got a bright future.”

This year’s Indy 500 was frustrating for Pagenaud because he was hit by a pair of pit penalties that forced him to go to the back of the field for two restarts. As he result, he lost a lap and finished a distant 19th. “That was heartbreaking because we had a good shot to win the race,” he said. “When I started the race I knew we had a good car. It was the 100th running of the race and it’s a race I hold dear. To win that race would be a serious accomplishment in anyone’s career. That’s the one race each year you want to win – it stands as high as the championship. That’s a dream.”

What does Pagenaud expect from the next few years? “This team to me is the best team,” he replied. “There’s Ferrari in Formula 1, of course. But I have no desire to go anywhere else. I’m happy and I would love to drive here at Team Penske for many years to come.

“I’d like to go back to Le Mans some day. I have unfinished business there, so I’d like to compete again maybe on the down side of my career after many years in IndyCar.

“Racing is my life. I may want to do other things after my racing career but right now my life is all about racing. I see myself racing with Team Penske trying to win as many races and championships as possible. Indy is my dream. I won’t give up until I win that race.”

Roger Penske says his team’s advantage this year has come from his four drivers and their engineers working closely together and competing to get the maximum from their cars.

“They all have the same cars and it’s how they want to set them up to go racing,” Roger said. “I think all four of our drivers have shown good speed this year. Three of them have won races and Helio has been fast in many races. It’s good because they’re all pushing each other.

“I think we’ve taken advantage of all the work we’ve done as a whole, all the knowledge that’s gone into developing and getting the best out of the suspension and mechanical part of the car. Also, the execution of our pitstops on race day has been outstanding for all four teams.

“Our cars are quick on all types of racetracks. It’s not just about shocks or any one thing. It’s the way we’ve got the car set up. You can burn the tyres off if you’re not careful. It’s a very technical sport today, it’s not just about having the biggest right foot. It’s more about knowing when to go and how to go. It’s understanding your roll centres and cambers and ride heights, getting that mechanical combination operating at its best.” 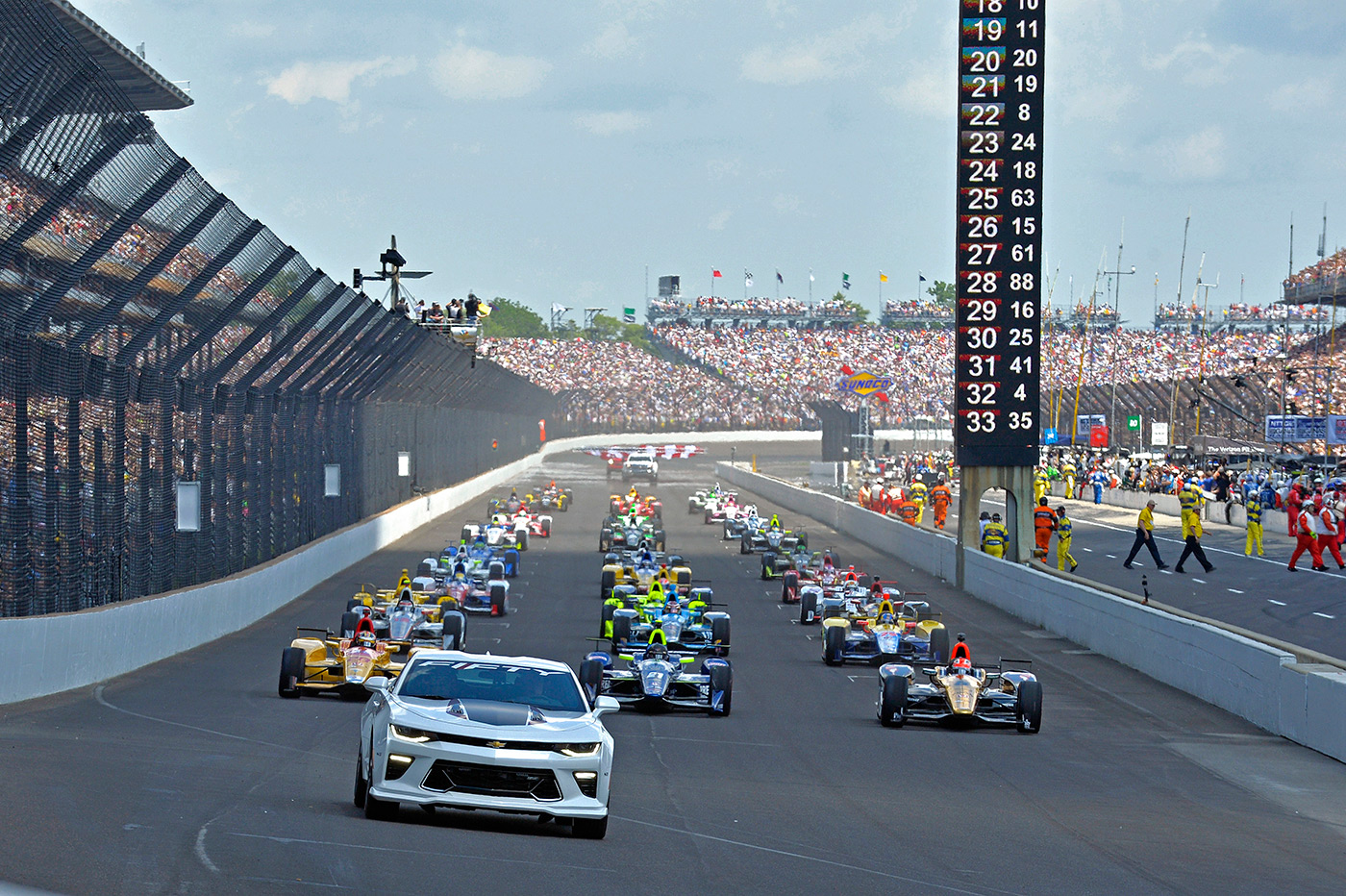 Penske admits his team didn’t deal with all these factors correctly at Indianapolis where Power finished 10th, Castroneves 11th, Pagenaud 19th and Montoya was the race’s first DNF after crashing.

“There were too many aero variables at Indy this year and that caught us out,” he said. “We made some changes and when there are so many variables it creates anxiety and confusion. At Indy you’ve got to be ready and we weren’t.”

Penske is delighted to see Pagenaud come into his own this year. “I think in 2016 we’ve executed better with Simon than in 2015 and there’s no question that he’s found his groove within the company. He sees the benefit of the knowledge that surrounds him with the other three drivers and he’s stepped up his game.

“Gil de Ferran was one who recommended Simon to us. Gil was very impressed with Simon when he drove for Gil’s IMSA team and that said a lot. He also drove at Le Mans and some other races for the factory Peugeot team and that was a team with a strong team of first-class drivers. In that team you had to be on top of your game.

“That experience in sports cars and long-distance racing has helped Simon build consistency and the ability to not run off the road. He knows when it’s time to go and he knows to not make mistakes. I think that’s important.” 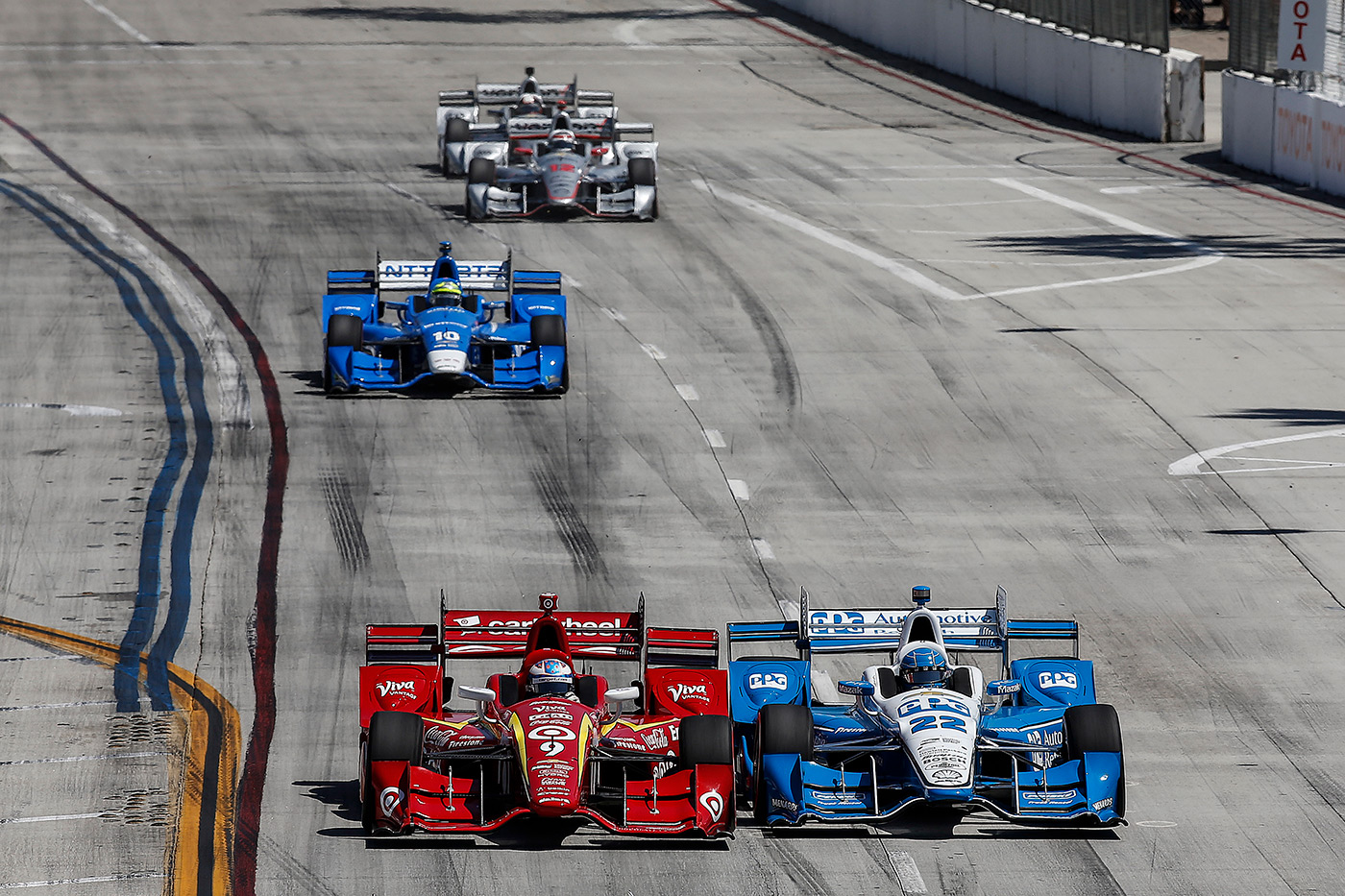 Penske is equally pleased with Power’s performances. “Will is really focused and I think he’s achieved a new level overall this year. When you think about him missing the first race, then coming on strong like he has over the last few months, it’s been impressive. He gave Simon a good run.

“There’s been some bad luck as well for all of our drivers but [Scott] Dixon is our toughest competitor and he’s had some bad breaks too this year. Dixon is a formidable competitor – we always have our eye on him.”

It’s believed Penske is close to signing a contract with Josef Newgarden for next year. It’s also said that Montoya has been offered the lead seat in Penske’s revived IMSA sports car team which might race a Honda-powered DPi car either next year or in 2018. Penske’s president Tim Cindric has admitted that discussions have taken place with Honda and other manufacturers about an IMSA program but Roger wouldn’t be drawn on the matter.

“We’ll make our decisions on our drivers and programmes in the next few weeks,” he replied. “We’ve been talking to the drivers about next year but no decisions have been made. We’re definitely going to run four cars next year.”

Meanwhile, RP still has nine NASCAR races to attend to this year as 2012 champion Brad Keselowski and team-mate Joey Logano try to win a second NASCAR title for Penske. It’s a long shot, but a real possibility in the team’s 50th anniversary season.

“Brad and Joey have both been strong in many races and they’re locked into ‘The Chase’,” Penske said. “They’ve definitely got a shot at it this year. I think overall we have a very good chance this year. But [Joe] Gibbs [Racing] and Toyota are tough. You’ve got to bring your best horse to the last races.”

At 79, Roger Penske remains an unbridled racer. As he often remarks he’s always looking forward through the windscreen.