After three races Penske drivers Juan Pablo Montoya and Hélio Castroneves are separated by three points at the top of IndyCar’s standings. Long Beach winner Scott Dixon is fourth behind Ganassi team-mate Tony Kanaan and at this early stage of the season it’s looking very much like a Penske vs Ganassi championship battle. 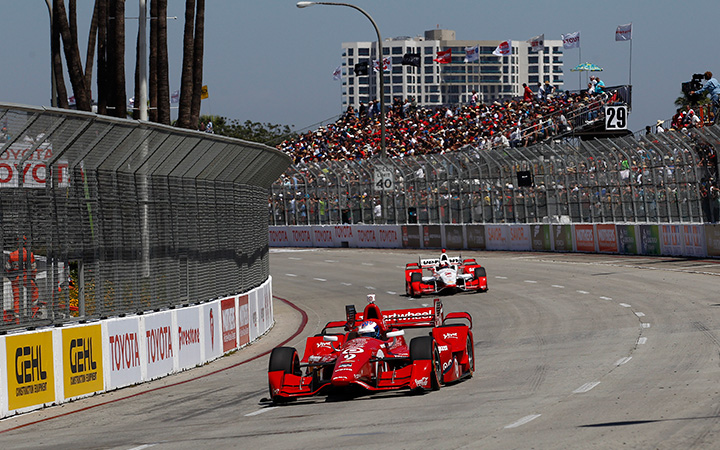 Both teams are running four Chevrolet-powered cars this year. Defending champion Will Power carries #1 at Penske alongside 17-year team veteran Castroneves, Montoya and Simon Pagenaud. All four have been quick in every race so far and the team is a clear favourite to retain Power’s championship. 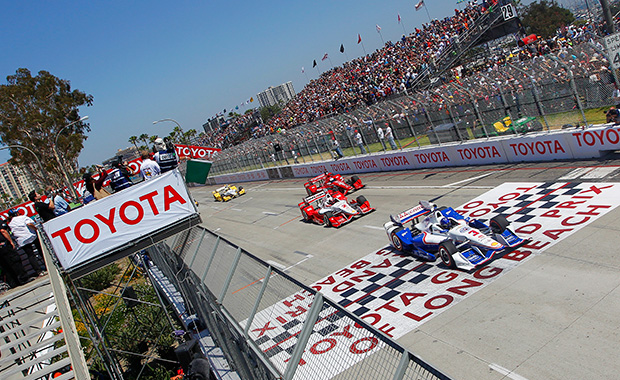 After finishing second and third (with Pagenaud fourth) to Dixon at Long Beach last weekend, Montoya and Castroneves joked about the chemistry between them. Castroneves likes to call the rather chubby Montoya ‘Gordito’ and Juan’s response is: “He dances and I can’t dance.”

Earlier in the weekend I was able to watch the interaction between all four of Penske’s drivers as each of Montoya, Castroneves, Power and Pagenaud trooped in turn into Roger Penske’s office in the team’s motorhome. I was there to talk with Roger about a book project I’m working on and as RP and I chatted his drivers came in one by one to discuss with the boss their individual setups and how well they were working. Everything was open to all and each conversation was short, directly to the point and very clear. 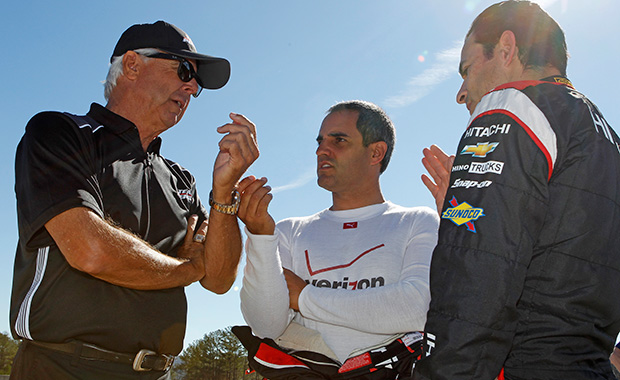 With Rick Mears during testing

Later, Montoya and Castroneves talked about how well they and their team-mates work together. “Something that’s really cool about the four of us being so competitive is that you do a great lap in practice and yet the other guys are still kicking your butt somewhere on the track,” Juan said. “There’s always somewhere where they’re quicker, so you always find somewhere to make yourself go quicker. I think more than the cars driving better this year and all that, it’s the four drivers as a group making a big difference.

“I think we are all now mature enough and have done this long enough that it makes it easier. When you’re young, you’re really greedy. You want to beat everybody and you don’t want to help anybody. But the number one thing at Team Penske is the team. We are all working to the team’s advantage. We all understand that.”

Added Castroneves: “I agree. We’ve been here in this business long enough. We want to win every race. We want to go for it but at the end of the day we understand that some days are not our days. Being with this team a long time I’ve learned that even when you don’t win you can contribute to the team’s performance.

“I’ve said it quite a few times that our relationship together not just as competitors but as people is just awesome. It’s great to have that kind of data because as Juan says when you go back and look you can always find ways to improve. With that the biggest benefit is the team and when you have the team winning and running up front, that’s the goal.” 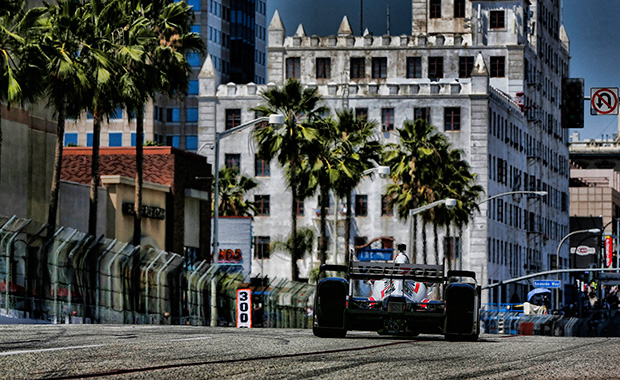 Dixon was encouraged by his win in Long Beach. “I’d say our weakness is probably the street courses right now so Long Beach was good for us,” Scott remarked. “We did a lot of road course testing – six days – with the time we’re allowed at the start of the year. But we’ve done almost zero testing on the street courses. So I think the road courses are our strong suit right now and we’ll see how that plays out with Barber and the Indy road course coming up.”

Dixon says the new aero kits have resulted in much shorter braking distances this year. But on the ovals where braking is really not a factor these days he doesn’t know what to expect. “The ovals are a bit of an unknown. The short oval package for the mile tracks hasn’t been set in stone yet and I haven’t even seen a finished speedway kit for Indy. The first test is in two weeks [May 4] at the Speedway.

“For us, Indianapolis is our marquee event and the one you want to go and win. Chevrolet has done a hell of a job with the aero kit for the road and street courses, so, fingers crossed.”

Dixon acknowledges the useful contribution that Franchitti continues to make to Ganassi’s team. “Dario is a great help to me,” Scott says. “We’re good friends and we worked together really well as team-mates and it’s great to still have him around providing input. He helped me at Long Beach and he’s got three wins at Indianapolis and really knows his way around that place. So Dario is a big plus to the whole team. 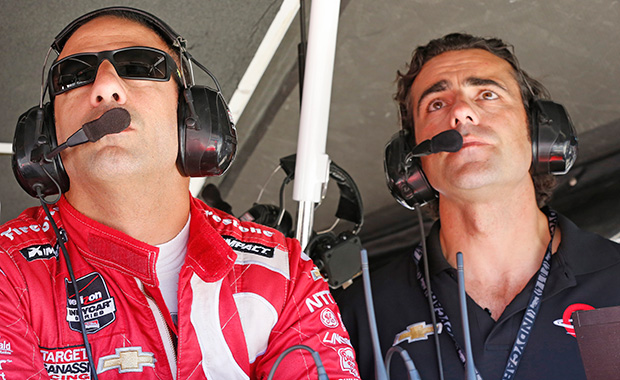 “And of course, Tony is also an Indy winner and a very experienced guy. He’s a great team-mate and so is Charlie. We all work together really well. Everything we do is a real team effort.”

Like Dixon, the Penske drivers don’t know what to expect from the yet-to-be unveiled oval aero kits. “We don’t know yet really anything about the oval,” three-time Indy 500 winner Castroneves said. “But I hope if we work together as well at the ovals as we are doing at the road and street courses we should be strong. But we don’t know the answer yet because we haven’t seen the kit or done any testing.

Added Montoya: “We’re hoping with the aero package we’re going to get back to the old way where if you had a really good balanced car you will be able to pass and pull away. That’s what we’re hoping.” 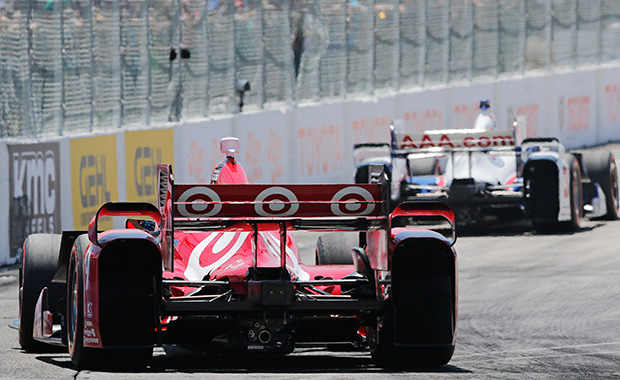 Montoya says the combination of more downforce and more power has made this year’s Indycars very demanding to drive. “There’s a lot of power,” Juan says. “It really comes on strong, as strong as the old CART engine for sure, but they don’t just keep on making more power all the way down the straight like those engines did. But it’s got plenty of power. It’s great to drive.”

Most of us share the drivers’ hopes that IndyCar’s 2015 speedway aero kits will result in something other than the pack racing we’ve seen at Indianapolis in recent years. It would be great for the sport if the aero kits produce a more open, more pleasing style of racing for both drivers and fans.