Will Power put himself in position to challenge Penske team-mate Simon Pagenaud for this year’s IndyCar championship by winning Monday’s rain-delayed Pocono 500. Power pulled himself to within 20 points of Pagenaud as the Frenchman made a rare mistake and crashed with a hundred miles to go.

After a slow start to the season Power has come on strong in recent months by winning four of the last six races to put pressure on Pagenaud, who appeared until recently to be in command of the championship battle. 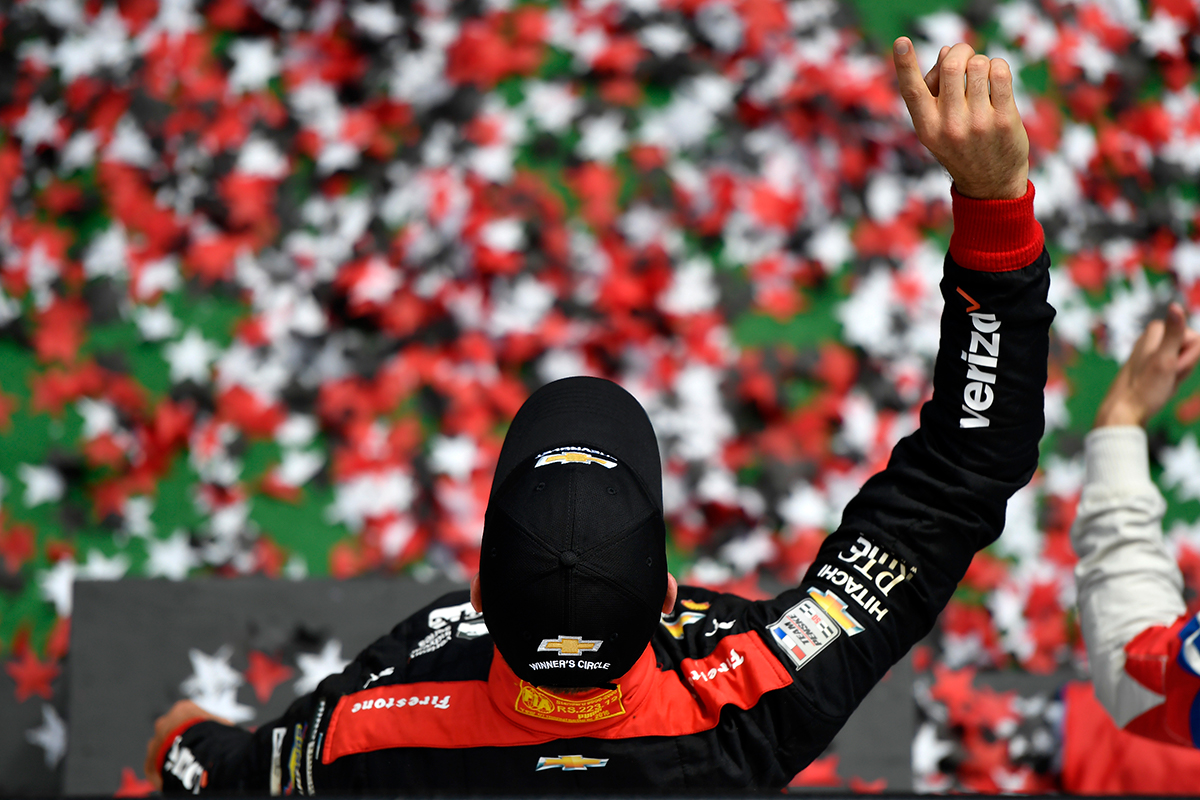 But Pagenaud had one of his least competitive races of the year at Pocono. He qualified a disappointing 14th and made little progress through the race’s early stages. He started to move forward by running longer than most on each fuel load, but after leaving the pits with a full tank after 160 of the 200 laps Pagenaud’s car bottomed over a bump in the first turn.

“I lost control of my steering,” Pagenaud said. “There was nothing I could do. The car just slid up into the wall. It’s very disappointing.”

Meanwhile, Power made no mistakes as he made places from his midfield starting position. He too was helped on his way by good fuel mileage as well as improving his car’s balance with minor changes on each pitstop. After Pagenaud’s crash Power steamed to the front and was able to lead most of the final 40 laps.

“It was so hard to follow in traffic because we started low on downforce,” Power said. “We kept adding downforce and adjusting the car a little bit and it was awesome at the end. It was very good in traffic and we were able to pass people and make a lot of ground. I was able to pass anyone I wanted and I could lead and people couldn’t tow up to me. It was a very good comeback and I’m very happy to win a 500-mile race. This is one of the toughest ovals we race on.”

Power believes he can win his second championship in three years. “We’re chipping away at it. There’s still a lot to go and we’ll give it everything. I really want to win this championship. I had a rough start to the year and it was hard to complete a race physically, but we’re really coming back strong.” 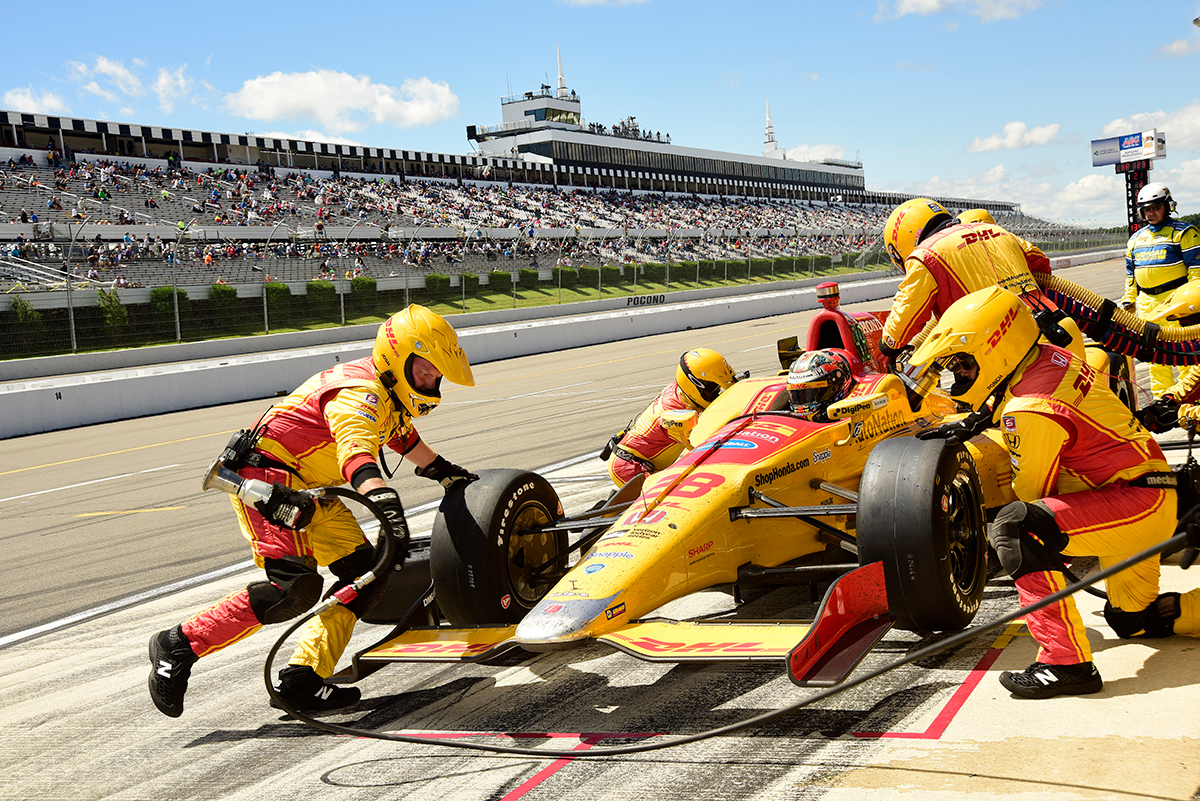 Ryan Hunter-Reay looked likely to challenge Power but his engine quit running and it took a lap for him to re-fire his engine. Nevertheless, Hunter-Reay was able to make a great comeback drive over the closing laps. He was 10th with 20 laps to go, fifth with 10 to go and passed Josef Newgarden for third on the penultimate lap. Hunter-Reay was also the man to beat at Indianapolis this year before running into mechanical trouble late in the race.

“It was very frustrating to be leading the race and have your engine shut off,” Hunter-Reay said. “I had to drive through the field twice today. This car deserves to be in victory lane, we certainly had the fastest car out there today. I had the car under me to do it, everything was excellent – this is going to be a hard one to put behind me.”

Second at Pocono was impressive Russian Mikhail Aleshin who qualified on pole and led more laps than anyone in the race. Aleshin also led at Mid-Ohio last month and is emerging as one of IndyCar’s fastest drivers.

“The team did an amazing job,” Aleshin said. “All the pitstops were good but we made a mistake on a change we made at the second-last stop. I dropped back a bit but at the next pitstop we made the car better again. But I just couldn’t catch Will. I was on the edge and I almost crashed a couple of times.”

With only three races to go Pagenaud leads Power with 497 points to 477. Newgarden is a distant third with 397 points followed closely by defending champion Scott Dixon, Hélio Castroneves and Tony Kanaan.

Whatever the final outcome this year’s IndyCar championship has turned entirely into a Team Penske battle. Power’s win was the team’s ninth IndyCar victory this year and the team’s 186th since Mark Donohue scored Penske’s first Indy car victory at Pocono 45 years ago in 1971. It appears that Roger Penske’s renowned team is heading toward a perfect 50th anniversary celebration. 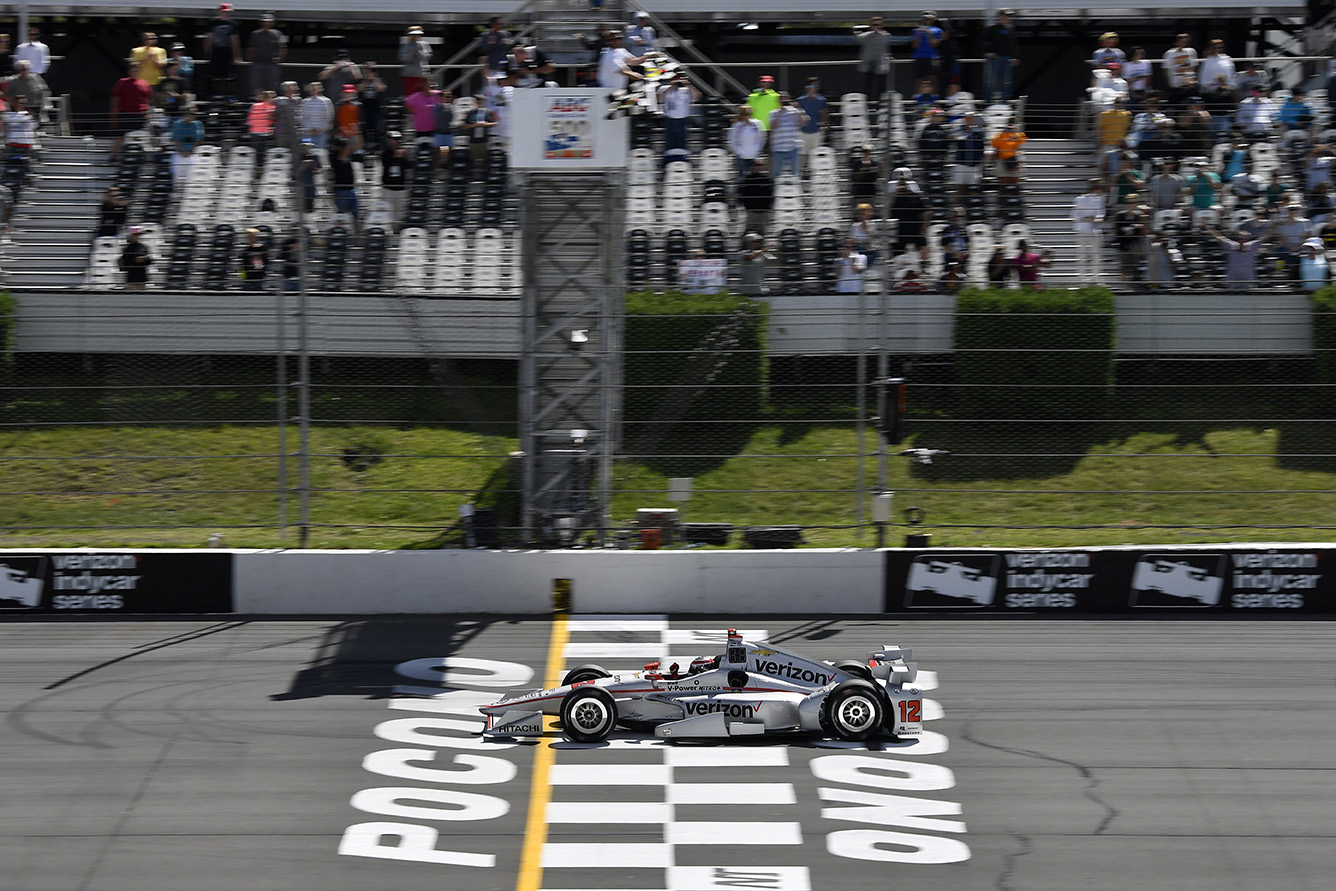