Robert Wickens sends update as he recovers from horror crash

After suffering injuries to his spine, neck, legs, arm and ribs at Pocono in August, Robert Wickens has been recovering in rehabilitation. Via Twitter, he updated followers on his condition, thanking fans for their support.

“I’m trying to get back to 100 per cent as quickly as possible,” said Wickens. “I don’t know what the future holds for me; it’s going to be a very long road to recovery…”

The 29-year-old Canadian vowed to return to a race car as soon as possible. Watch his video below.

Just a few words from Rehab, also good-luck to everyone in Sonoma this weekend! pic.twitter.com/7TD7pHnp4N 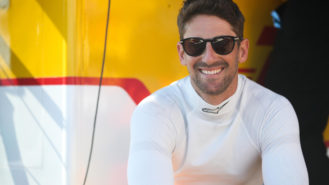