Rockingham was a rumour-fueled enigma that wasn’t exactly adored by spectators, yet its loss will still be felt 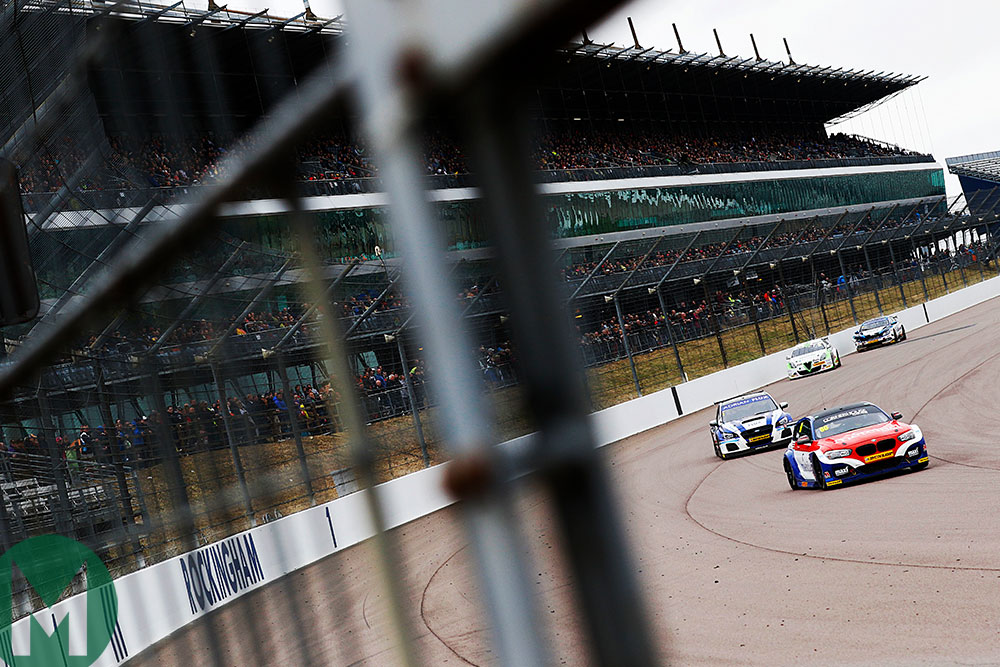 Like it or loathe it, Rockingham will be missed by UK motor sport, if only for the seemingly endless stream of rumour the facility generated.

Across my first decade of working in this sport, no other venue has even come close to matching the sheer volume of hearsay as Rockingham. That’s quite an accolade for the UK’s youngest race circuit.

Most people in the sport – be they officials, team owners, organisers, promoters, drivers or other journos – all have their own tales about shady goings on at the Corby speedbowl, many of which have been amusingly twisted from each other via a nationwide game of Chinese Whispers.

While it’s difficult to ascertain whether any of them is true, Rockingham’s ability to divide opinion and crank the rumour mill has always ironically been one of its most endearing qualities.

Upon my first visit there, back in 2008 – I was too late onto the scene to witness the ‘glory’ days of Champ Car, ASCAR and real high-speed oval racing during the venue’s early days – I remember being greeted by ghostly empty grandstands of faded seats, many of which were covered by huge advertising banners.

I tried to walk to the smaller grandstands around the outside of Turn Four to watch a British Formula Ford qualifying session from an alternative vantage point, only to encounter a photographer trudging back.

“You know they’re all condemned, don’t you?” they said. “Not safe for anybody anymore. Talk is a few of the foundation bolts went walkabouts, so they failed the safety check. They’re all rented, and you don’t pay rent on something that’s condemned. Rental company doesn’t want them back either, too expensive to pack up and move. It’s a write-off, the lot of it…”

It’s a sorry state to see any motor sport venue close, and hopefully the staff there are looked after in the deal.

Interesting. My second visit brought a similar story, but this time it had been through the wringer slightly.

‘You know this place is sinking? That’s why the grandstand foundations aren’t sound. They say by about three inches per year… Must be the industrial waste it’s built on giving way!’

Ah yes, the ground itself. Forget the grandstands, that story has evolved from an undercurrent of toxic waste, to a poisoned landfill site, to a potential sinkhole waiting to happen. Not to be mistaken for the sinkhole that appeared in Rockingham County, Virginia…

When there was talk of a housing development company buying Rockingham to turn the whole thing into flats, it reared its head again. Rumours persisted about the ground on which it was built, and a deal was supposedly negated because the soil at the far end of the circuit was so badly poisoned that it couldn’t be built on for about 50 years, or safely inhabited for 40/50/80/100 years – depending on who you spoke to.

There were better rumours, too. Did you know that, aside from Silverstone, Rockingham is the only other venue in the UK capable of hosting a Formula 1 Grand Prix? It’s currently listed as an FIA Grade 2 circuit, and many people ‘in the know’ privately reported that FIA race director Charlie Whiting visited the venue a few times to assess the feasibility of an upgrade to Grade 1 status. This was around the time that Donington Park’s venture to hold Britain’s biggest race became doomed to failure. 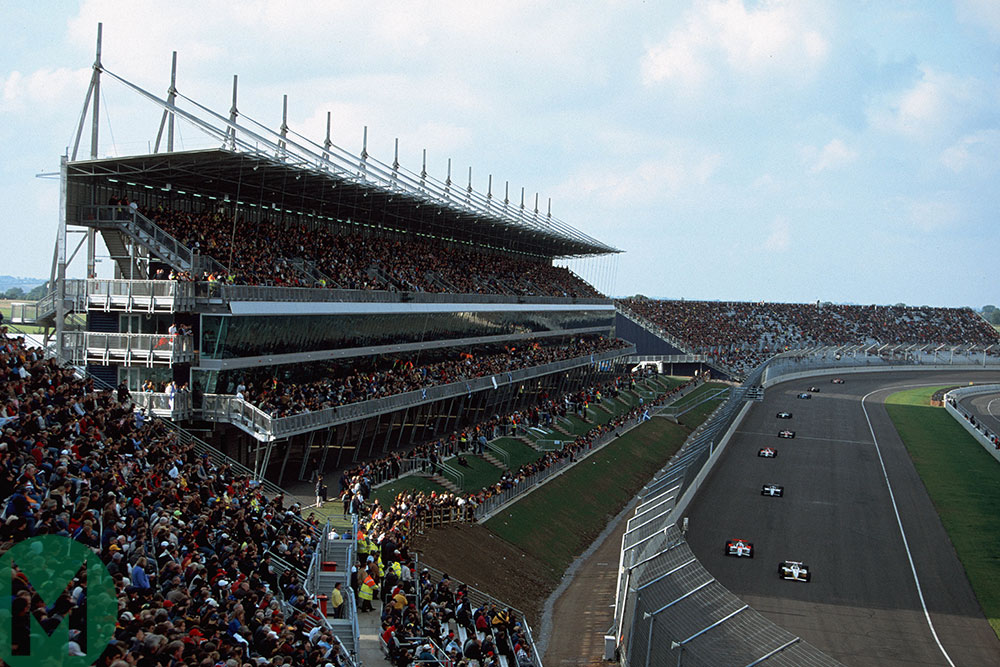 McLaren has tested there, privately of course, and so has Williams. But could you imagine F1 actually taking place there? Imagine the queues for the single canteen that struggles to cater for a decent clubbie, let alone a 100,000+ GP crowd…

Rumours, rumours… they all added to the enigma that Rockingham quickly became. Perhaps people just loved to hate it.

I have a few profound reasons to like Rockingham. I had my first-ever race there, in the MINI Challenge Cooper class back in 2009, and it’s a great, fun track layout.

I witnessed Nick Tandy’s first British Formula 3 win there, as he dragged his Mygale over the line after suffering suspension failure exiting the final turn. It came just a short time after his brother Joe’s tragic passing and was one of the most emotional moments I’ve seen in this sport.

I was a judge on Radical’s first SR1 Cup Shootout contest, being involved in picking a driver who would win a fully funded season of racing. I learnt car control on the skid pan there, won a staff simulator shootout at the Racehub venue on site, tested a Formula Ford there, obliterated the front tyres of a Ford Focus RS there and enjoyed the sound of a Porsche GT3 RS through the tunnel.

The view from the media centre was always the best of any track in the country (you could even see a few pretty green bits far yonder!) and the staff were always helpful and enthusiastic.

From the Archive: ‘We gotta weeper’

Yet I was never a fan of the place. It always seemed cold, industrial and lifeless, compounded by the uninhabited grandstands creating an eerily quiet bowl. You always felt a sense of isolation there, like you were racing in the middle of nowhere.

Rockingham’s future is now confirmed. It will be closed down as a race venue and regenerated into an automotive hub, used to sell, store, engineer and presumably also test new road cars. Its time as a racing venue will be done come November.

Last weekend MotorSport Vision Racing held its final event there, and a ‘Super Send-Off’ event is planned in late November, before the Rockingham Stages Rally and a final track day brings the curtain down.

It’s a sorry state to see any motor sport venue close, and hopefully the staff there are looked after in the deal.

In a time when so many of our motor sport facilities are hamstrung by noise complaints, environmental issues and a wavering economic climate, racing venues are having to find fresh and innovative ways to survive. Sadly, Rockingham’s only salvation was closure for repurposing. That’s a potentially dangerous precedent, and one I sincerely hope doesn’t spread to other venues.

Rockingham may be on its way out, but its legacy – and the multiple stories surrounding it – will mean it won’t be forgotten in a hurry.

The 2022 BTCC season ended on a high, as Tom Ingram was crowned champion at Brands Hatch after a clean fight between the best drivers in the championship — vindication of the new hybrid era, writes Damien Smith

Cleland vs Mansell at Donington: the legendary BTCC battle of 1998

Nigel Mansell's 1998 British Touring Car Championship return justified all the hype as he raced from last to first in a Donington downpour. His victorious rival on the day, John Cleland recalls one of the series' greatest ever races