Five races down, five different winners – and not one of them a Penske driver. Even more notably three of them are cherry-poppers: rising young talents who in the past few weeks have broken through into the winner’s circle for the first time. We knew the 2021 IndyCar season was set up to be a cracker, but already it’s exceeding expectations.

Only one of the five race winners is an American and of the first-timers one is a Spaniard, another a Mexican and the most recent a Dutchman. Chip Ganassi Racing’s Alex Palou, 24, looked born to win IndyCar races at the Barber, Alabama season opener; Pato O’Ward, 22, delivered a sweet victory for Zak Brown and Arrow McLaren SP in the second of two races at Texas Motor Speedway; then last Saturday Rinus VeeKay, 20, stole the happy ending from Romain Grosjean’s fairy-tale on the Indianapolis road course by hunting down and passing the ex-Formula 1 man to score Ed Carpenter Racing’s first win since 2016.

The American race winner is another exciting young talent: Colton Herta, 21-year-old son of respected CART veteran Bryan, equalled his old man’s career record of four victories at this level with a mature and accomplished performance on the St Petersburg street track, blocking out the raw blisters on his hands to reel off 100 laps in style for Andretti Autosport.

And the other driver who’s stepped into victory lane? Canny old Kiwi Scott Dixon, 40, who won the other Texas round and all too typically tops the points standings as he chases a phenomenal seventh IndyCar crown. There’s good reason to be excited by the turning of the generations in US open-wheel racing right now, but that doesn’t mean the established stars are a busted flush – far from it. Dixon in particular remains a force of nature and one of the most well-rounded performers in motor sport, on any stage in any corner of the world. 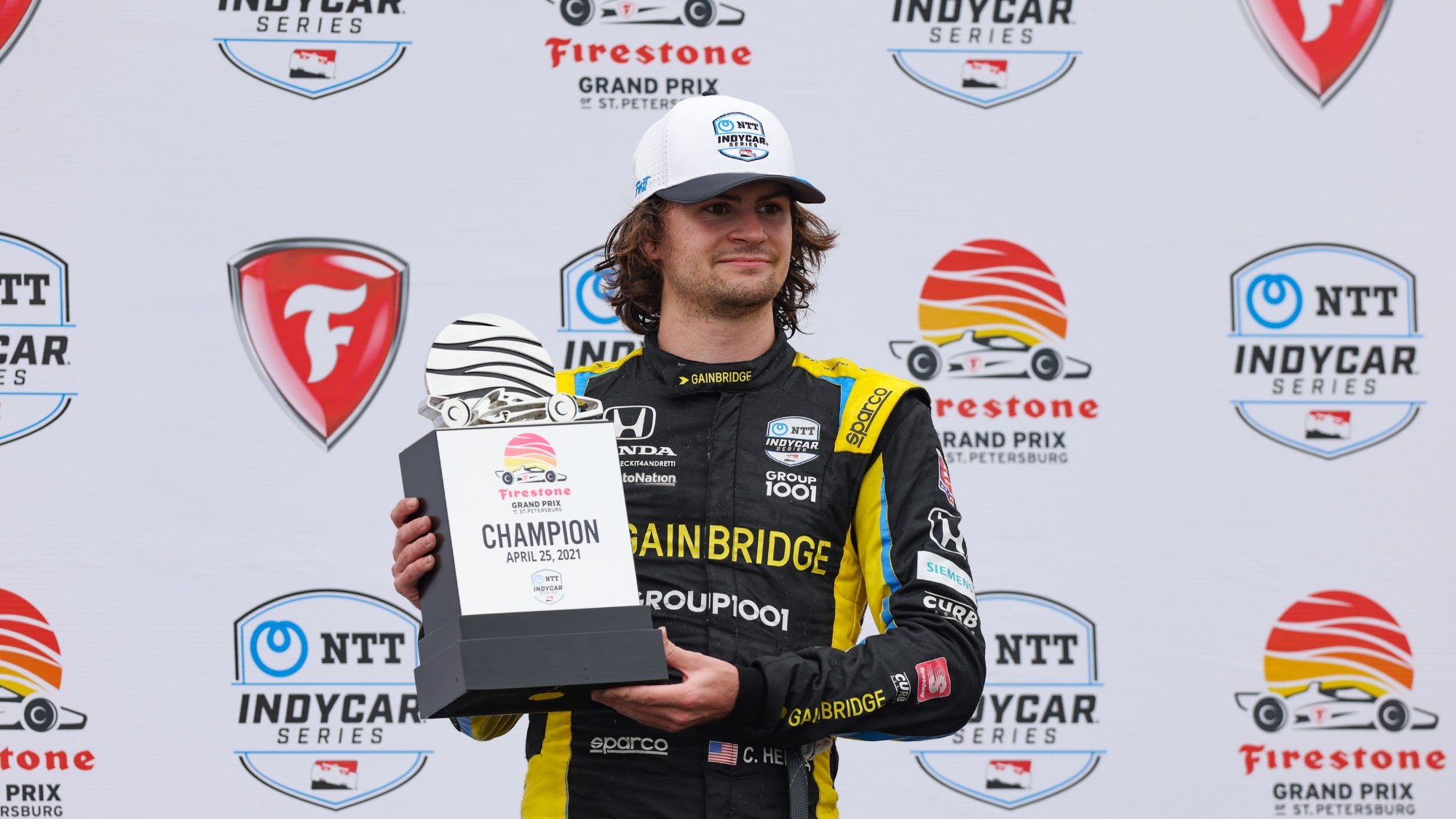 Herta took victory at St Pete and with F1’s US focus, could be the focus of a potential switch from IndyCar

Under the beady eye of Roger Penske, now in charge of the game he has bossed as a competitor for so many decades, IndyCar is flying high and its buoyancy is built on its exciting phalanx of young international stars. Back in CART’s super-powered 1990s heyday it was all too easy to make comparisons to F1, especially when Nigel Mansell so memorably switched codes in 1993. But forget that this time around. IndyCar racing today is a series based around a spec Dallara and even if there’s a choice of Chevy or Honda power, it’s a comparatively low-tech scene – and as Grosjean has noted with genuine glee, is all the better for it. His Dale Coyne entry has more in common with his GP2 title-winning Dallara from 2011 than any of his F1 cars – but who gives a damn when racing is this much fun?

Grosjean was all smiles after the Indianapolis race on Saturday, even if the victory had slipped through his grasp. In just his third IndyCar race, he’d stuck his Honda-powered car on pole position and relished leading the first half of the race before the excellent VeeKay stalked him after the second round of pitstops and pounced before the ex-Haas driver could get his black-walled prime Firestones up to full temperature. But in the context of what Grosjean survived in Bahrain late last year, it didn’t really matter. It was just good to see his sunny smile and listen to him talk about how much he is enjoying the relative low-intensity that makes US racing a joy for Europeans schooled in the soul-sapping F1 pressure-cooker.

When the TV interviewer asked him what he was enjoying about IndyCar so far, Grosjean shot back with a big smile: “leading races,” he said. No wonder. It’s been a while – not that you could notice watching his performance in the first half of that race.

“It’s really a good day,” Grosjean said, clearly still buzzing from the joy of just being alive, to be able to love his family and to find new fulfilment in his sport. “We led at the start of the race and were super-fast. Bahrain was horrible, but for my life, it’s a great experience; the support I’m having [from fans] is incredible. The team did super good. We got a bit unlucky with slower cars, but P2 on my third race in IndyCar is not too bad.”

If he wants it, the 35-year-old has a potentially enriching few years ahead of him in IndyCar that could offer a degree of nourishment that was missing from his life for so many years toiling in the F1 midfield. It clearly suits him. But in direct contrast, the emergence of young talent begs the question whether any of the new-gen can have realistic ambitions to switch the other way – and pertinently whether they should really bother.

Could Palou, Herta, O’Ward and VeeKay hack it in F1? Are they good enough to make the grade? Who knows? Until one or all of them get the chance they deserve to find out, it’s simply impossible to say. Given F1’s renewed focus on the US in the wake of the 10-year deal for the Miami GP to join Austin’s Circuit of the Americas on the calendar from next year, Herta should at least be on the radar, while O’Ward has the most direct link through Brown and McLaren. But even if opportunity knocks, you have to wonder what chance they’d have of grasping a meaningful handhold in F1. IndyCar is a fantastic destination in itself. Why risk it all for a shot at a drive in a code of racing that is an unequal struggle for more than half the grid? 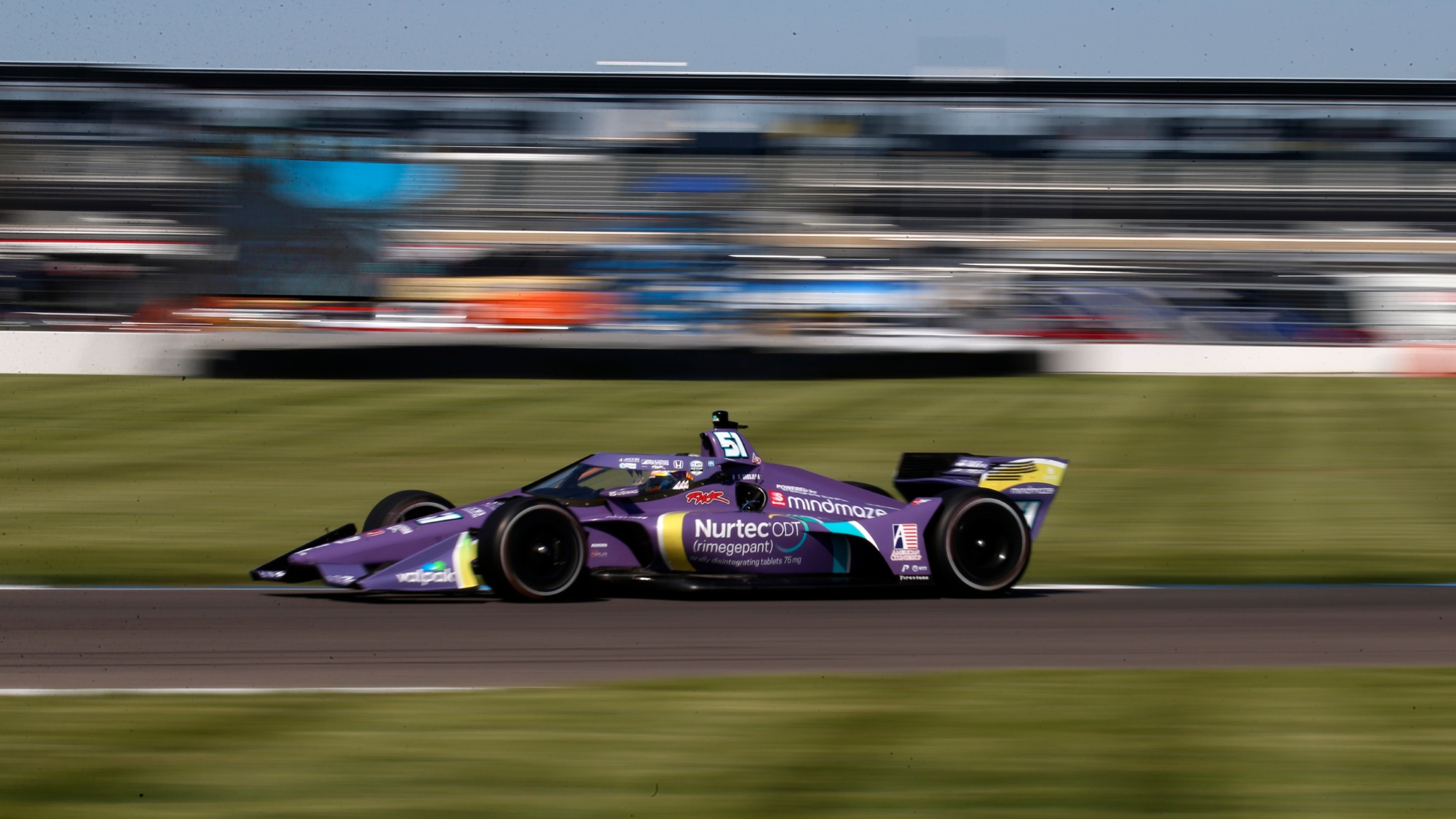 Grosjean has enjoyed his start to IndyCar after switching from F1 but could the young guns go the other way?

Still, I’d put money on all of them being tempted, if there’s even half a chance. It’s F1 after all – still the pinnacle, still the place to find out what you’ve really got. But we’re a long way from 1995 when Williams made Jacques Villeneuve the best-prepared rookie, at least until Lewis Hamilton, when the Canadian made his high-pressure, high-profile switch from CART to the quickest car on the F1 grid. In an era of cost caps and strictly limited testing, such a move would be so much harder today – incomparably so. When a guy like Daniel Ricciardo takes time to get up to speed in an unfamiliar McLaren you know how tough it would be for, say, O’Ward to parachute in beside Lando Norris. F1 is a brutal test of young-driver resilience, application and sheer talent – and yes, it always has been. But I’d argue it’s tougher now than ever. For most, it might as well be on another planet.

But if the Monaco paddock seems a million miles away for IndyCar’s new quartet of youthful winners they are unlikely to care less this week. Their focus right now is purely on the daunting task at hand, as practice begins for the 105th Indianapolis 500 – the race that still means more than all the others put together. If Simon Pagenaud, Will Power, Josef Newgarden or Kiwi V8 Supercar convert Scott McLaughlin win at The Brickyard on May 30, everyone knows the five-race Penske ‘drought’ will pale into immediate insignificance.

Predicting who will win the ‘Big One’ is a little like betting on the Grand National. Sure, back the favourites, but over 500 miles on the four-turn speedway pretty much anything can happen. The new-gen racers will fancy their chances as much as anyone – and to hell with F1 (at least for now…).

As for Grosjean, he’ll be watching on the box, having only committed to a limited IndyCar campaign this year that avoids the ovals. You can hardly blame him given what he and his family have been through, and with the added jeopardy that comes at the races where you only turn left. But still there might well be a twinge of regret for him come May 30. Like the rest of them, he’s a natural-born racer. Even when the odds are stacked against them, racing drivers can’t resist – which is why the old F1 lure will still tug at the new-gen, even if common sense will tell them to leave well alone.