Honda wins Indy manufacturers’ championship, controversy rages over safety in IndyCar and racism in NASCAR Xfinity, and a gallery of NASCAR’s throwback liveries for Darlington 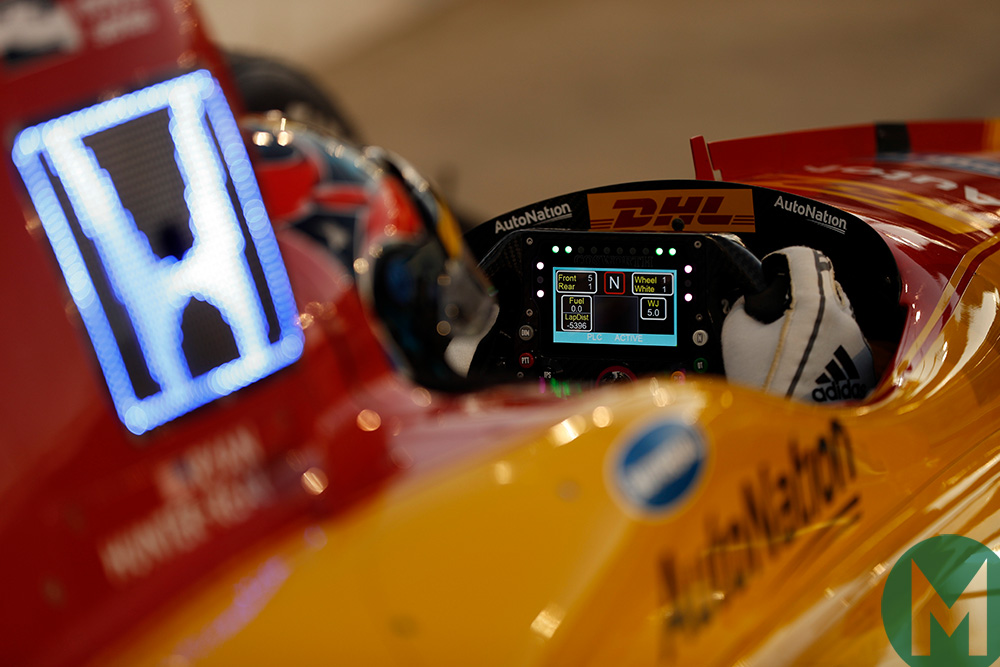 IndyCar engine manufacturer Honda has won the IndyCar manufacturers’ championship ahead of Chevrolet having built a 319-point lead with two races remaining.

The highest two finishers for each manufacturer at every race earn the manufacturer points, with bonuses for race wins, poles and being the fastest Indianapolis 500 opening day qualifier. The drivers must also be from a team that competes full-time in the IndyCar series.

Full-time entries are given four engines per season, each of which must last a total of 10,000 miles including testing and race sessions. Any car that uses a fifth engine or more becomes ineligible to score manufacturer points. Only one of Honda’s 12 full-time entries has gone over the four-engine allocation this season.

At the head of the drivers’ standings are two Honda drivers: Scott Dixon and Alexander Rossi.

Honda performance president Art St Cyr said: “We’re actually pretty proud of the fact that all of our cars actually, except for the ones who were crashed, basically do the season on four engines.

“So that’s a pretty good thing, but the fact that Scott and Alexander are in the fight for the championship shows that we’re winning races.”

Engine competition in IndyCar resumed in 2012 when Chevrolet re-entered the championship, ending six years of Honda being the sole engine supplier. The Japanese manufacturer won the 2004 and ‘05 manufacturers’ championships ahead of Chevrolet and Toyota.

“Winning nine races already with two races to go is a pretty good testament to the strength of our engine,” added St Cyr.

Dixon, Rossi, and Ryan Hunter-Reay are the three Honda drivers eligible to win the championship going into the Grand Prix of Portland on September 2.

It’s unbelievable to see a circuit like Pocono , average speed around 360km and you see the walls lower like that , with the fences  , so so dangerous for the safety!!! Sorry to say that, but they need to look for safety of the drivers… @robertwickens @IndyCar

He also said that F1 was ahead of IndyCar, citing the halo device as a step forward.

Alexander Rossi replied: “Yet another classic case of speaking before thinking…”

Graham Rahal was also among the IndyCar figures to jump into the debate, as was Max Papis and Michael Andretti.

For oval racing you need 100% unobstructed views, halo wouldn’t provide that to us. Also note open frontal areas would still allow debris to get in the cockpit, new windscreen will not. https://t.co/kUqx7qpeLy 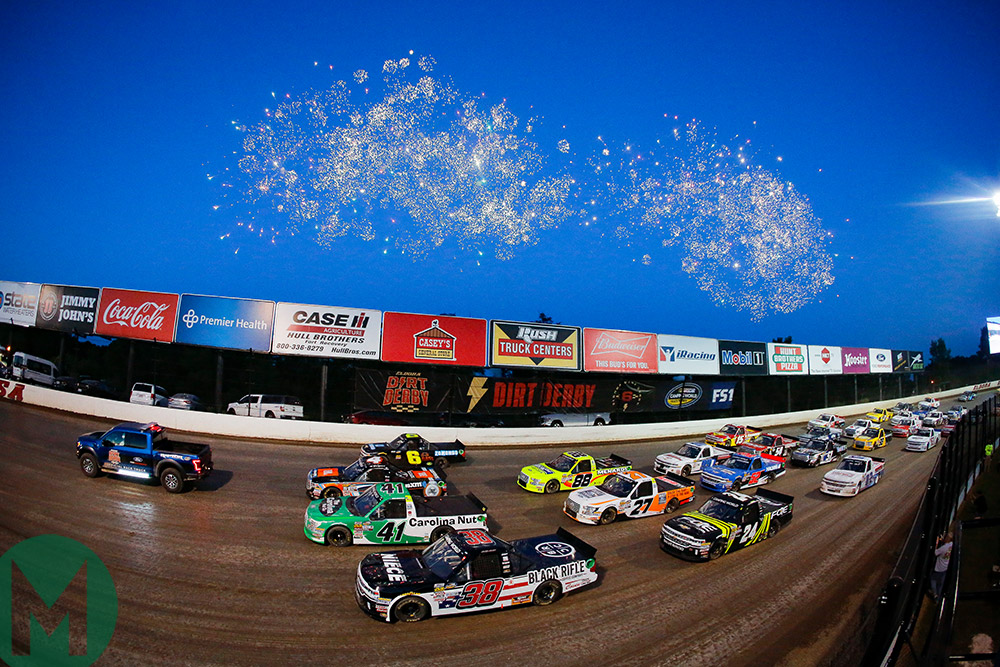 NASCAR has announced rule changes for the 2019 Truck and Xfinity Series to increase the level of competition and ‘strengthen’ both series.

In the Xfinity Series, a maximum 38 cars will start each race rather than 40, with the prize money for the last two finishers reallocated to the other drivers.

The five consecutive ‘Dash 4 Cash’ races will include a qualifier at Texas on March 30, with the top four Xfinity Series drivers then battling it out for $1 million at Bristol, Richmond, Talladega (all in April) and finally Dover on May 4.

Team owners will only earn owner points if their driver is eligible to earn points in their series. For example, a Cup Series driver who steps into the Truck Series for a race will no longer be able to gain a team owner points.

“Our goal is to ensure that each race features the strongest field and best racing for our fans,” said John Bobo, NASCAR’s vice president of racing. “The NASCAR Xfinity Series already features some of the tightest competition throughout the field. This adjustment will further strengthen an already outstanding series.” 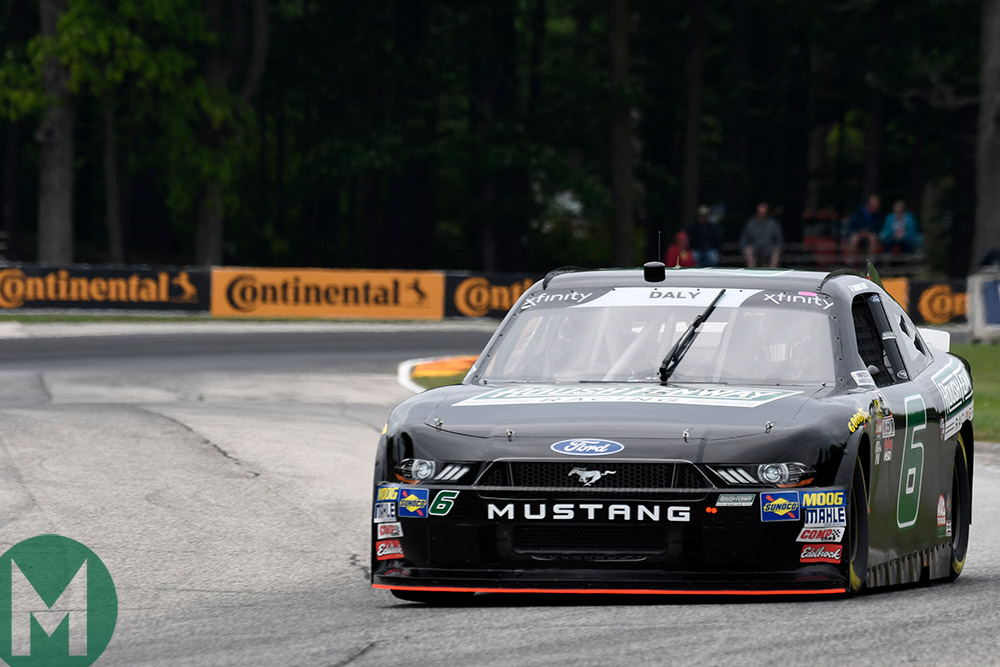 Lilly Diabetes dropped its sponsorship of Conor Daly’s car before the NASCAR Xfinity Series race at Road America on August 26.

But the reason for its decision puzzled many.

Eli Lilly’s diabetes treatment company pulled its sponsorship of the no6 car because of racist remarks made by racing analyst Derek Daly – Conor’s father – in the 1980s.

“Our sponsorship in Saturday’s race is intended to raise awareness of treatment options and resources for people living with diabetes,” read Lilly’s statement.

“Unfortunately, the comments that surfaced this week by Derek Daly distract from this focus, so we have made the decision that Lilly Diabetes will no longer run [on] the no6 at Road America this weekend.”

Conor Daly, who has diabetes, tweeted in response to the pullout:

The last 24hrs have been quite an unnecessarily difficult ride for my family. There is A LOT I want to say… but I’m still here and still racing. I appreciate the support from @roushfenway and ALL of you. @LillyDiabetes has been a big part of my career and Im very thankful. #6

Derek Daly denied that he made any racist slur in a statement:

‘Last night WISH-TV severed ties with me after former sports broadcaster Bob Lamey apparently inaccurately attributed a racial slur to me during an interview in the early 80’s. It was reported on their web site that I confirmed this. Both of these reports are factually incorrect. On this subject, I was never interviewed by Bob Lamey. The slanderous statements made by Bob, and now being attributed to me, are not only factually incorrect, but offensive.

‘The facts are: In the early 80’s, after I had recently relocated to the United States, I was interviewed by radio reporter Larry Henry and I was asked about my situation with my new American team. I responded by explaining that I was a foreign driver now in America, driving for an American team, with an American crew, and with an American sponsor – and that if things did not go well, the only “n***** in the wood pile” would be me. At the time, I meant that I, as the new foreigner on the team, would shoulder the blame and I would be the scapegoat. This was not in any way shape or form meant to be a racial slur. This phrase was commonly used in Ireland, Britain, and Australia…’

They will join the likes of Bill Elliott, Bobby Labonte, Ward Burton, Mike Skinner and Boris Said in the historic event that pits former NASCAR racers against IndyCar racers in Pro-Am teams.

“Al, Willy, and Max are great friends and well acquainted with SVRA racing,” said SVRA CEO Tony Parella. “All three of these champions have been on the podium of our Indy Legends Charity Pro-Am race and all have NASCAR credentials. Having them with us gives our event a wonderful IROC feel.”

Papis is a former F1, NASCAR, Indy and sports car racer, has started more NASCAR races than any other European driver, won three Indy races and competed in seven Le Mans 24 Hours with five class podiums, along with the 2002 Daytona 24 Hours overall victory.