What’s past is prologue, so the Bard told us. We see this play out generation after generation in the junior formulas of motorsports, where not only the technical skills but also the essential character of young drivers are revealed with brutal clarity.

An ideal example was the British Formula 3 championship in 1983, when Ayrton Senna took the title – barely – after a titanic battle with Martin Brundle. The season solidified Senna’s reputation as an extravagantly talented but mercurial Brazilian destined for stardom, while Brundle became typecast as the plucky British journeyman forever punching above his weight.

Two years earlier, across the Atlantic, a similar dynamic played out in another lower-level pro series, the Robert Bosch/VW Gold Cup Super Vee championship. In one corner was highly touted 19-year-old phenomenon Al Unser Jr, who was following in the tire tracks of his Indy 500-winning father. In the other was little-known Pete Halsmer, a bespectacled Vietnam War veteran who was only then, at the implausible age of 37, finding a home in professional racing.

At the time, the American open-wheel racing scene was in a state of transition. CART had been formed two years before, and Indycar was starting to embrace road racing. The Super Vee series, which featured conventional rear-engine chassis fitted with four-cylinder twin-cam 1600cc engines derived from the Rabbit powerplant, was touted as a useful training ground for drivers coming out of everything from sports cars and Formula Fords to sprint cars and midgets.

In 1981, the 30-or-so-car grids featured several drivers who were climbing the pro ladder: Bob Earl, who later that year became the first – and, as it turned out, last – American to win the Macau Grand Prix; John Paul Jr., who would win the Daytona and Sebring endurance classics; Arie Luyendyk, who would win a pair of Indy 500s; Chip Ganassi, who would win four Indy 500s as a team owner; and for the last third of the season, 18-year-old Michael Andretti. But the title fight was a duel between Unser and Halsmer. 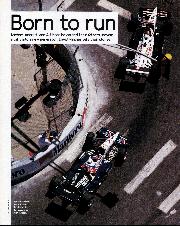 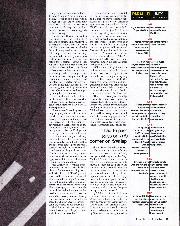 Although “Little Al” had been racing hairy-chested sprint cars since he was a teenager, he still looked like a choir boy when he showed up at Michigan International Speedway in 1980 for his first Super Vee race. Crewman Bob Morris remembers shooing away what he thought was a 12-year-old fan who was hanging around the paddock – until he said, “I’m Al Unser Jr.”

Unser was fourth at MIS. In his second race, at Phoenix International Raceway, he won from the pole. “He was magic from the start,” Morris recalls.

Halsmer, by contrast, hadn’t started racing until he finished college and mustered out of the military. In 1980, he landed his first professional racing gig, driving a Super Vee for Frank Arciero, who’d famously given the young Dan Gurney his first big opportunity. Working as his own engineer and doing most of the car prep himself, Halsmer won one race, which persuaded Arciero to buy a year-old Ralt RT 5 for 1981. During the off-season, Halsmer used the wind tunnel at Gurney’s All American Racers to develop some aerodynamic upgrades.

Unser, meanwhile, had a brand-new full-ground-effects RT 5 owned by Rick Galles, who’d formed a team around the freckle-faced tyro. If there was a question mark about Unser, it was how he’d adapt to road racing. The season opened on the roval at Charlotte. “That was my first road race,” Unser recalls. “I put it on the pole and won the race.” Question answered.

Earl was third after being hired by Galles so late that he’d never seen his car, his crew or his teammate before arriving in Charlotte. “Al was still very young,” Earl says. “He obviously had a lot of talent, but he was, in my mind, used to winning and inexperienced in some ways.”

Halsmer was a no-show – but not by design. He was at Indy before the race, practicing for the 500 in a year-old Penske-Cosworth. (He would start and finish 24th.) Unfortunately, he missed his flight to Charlotte. Failing to score any points proved to be devastating in his Super Vee title chase.

The battle was joined three weeks later at the Milwaukee Mile, where Unser, already an oval-meister, snookered Halsmer on a restart and won by a second. Halsmer turned the tables at the next two road courses, winning at Watkins Glen and Road America while Unser was third and second. Then it was Unser beating Halsmer in back-to-back 1-2s at Brainerd and Milwaukee.

The biggest surprise of the season was Riverside. Earl, who’d been chafing all season about the lack of technical support from his team, ran some experimental suspension parts from Ralt and qualified on pole. He then won easily from Halsmer. Unser blew his engine in a futile attempt to keep up.

After the race, Earl told a reporter, “If I wouldn’t have won, Pete would have, so you’re welcome, Al.” Galles wasn’t amused. “He told me on the victory stand, ‘You don’t need to come to Phoenix,’” Earl recalls with a laugh.

Despite the DNF, Unser went to the season ender at Phoenix knowing he could clinch the Super Vee title by finishing second. He was leading late in the race when Halsmer made a high-risk move to squeak by in Turn 3. “I think we grew to respect each other from battles like that,” Halsmer says. “I was happy to win the race, and he was happy to win the championship.”

Even at 19, Unser understood the bigger picture, and this was reflected in the pragmatism that characterised his approach to racing. The next year, he and Galles moved up to Can-Am, where they claimed another championship. This propelled them to Indy cars, and they would win the Indy 500 together in 1992.

Halsmer and Arciero graduated to Indy cars as well, notching second place at Cleveland in 1983. But Halsmer was realistic enough to understand that his prospects were better in sports cars than open-wheelers. During his long career, he did stints as a factory driver for Ford, Mazda, BMW and Honda, still competitive when he retired at age 60.

Destiny took Halsmer and Unser in different directions. But you could see their respective roadmaps in the 1981 Super Vee season.