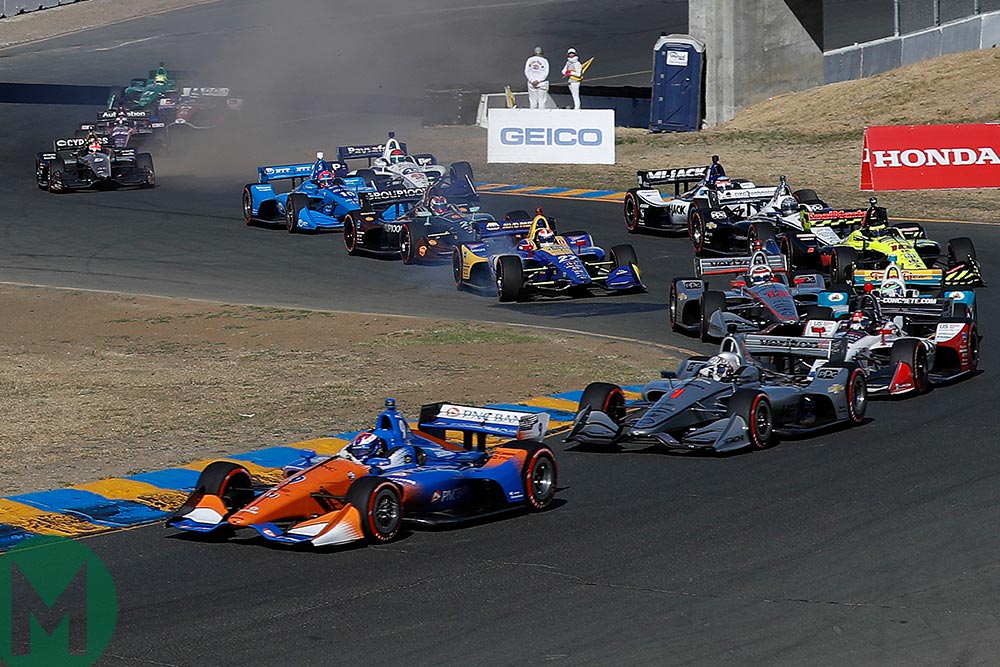 New Zealander Scott Dixon took his fifth IndyCar title in the double-points season finale at Sonoma on Sunday. Title rival Alexander Rossi clipped the rear of team-mate Marco Andretti on the first lap and, because Dixon held a 29-point lead going into the race, the title was essentially sealed for the no9 Chip Ganassi driver.

Dixon finished the race second to Ryan Hunter-Reay, who won for the 18th time in IndyCar, to take $1 million and the Astor Cup.

The 38-year-old’s fifth championship moves him above Mario Andretti, Dario Franchitti and Sébastien Bourdais in the all-time list.

Rossi fought back from the rear of the pack after his lap one collision to finish seventh, unlapping himself halfway through the race and then moving up into the top-10 on a restart as a beached Graham Rahal brought out a caution a few laps later.

Will Power capped off the podium to seal third in the championship, but eyes were on rookie Jordan King, who managed to finish 13th having started 25th, and 2018 Indy Lights champion Patricio O’Ward who finished ninth on his top-tier debut.

Next season, the IndyCar finale will take place at Laguna Seca on September 22 as Sonoma drops off the schedule.